A new study conducted by Oceana, the Danish newspaper Søndagsavisen, and the TV program “Go’Aften Denmark” found that there is a high level of sea fraud in Danish markets. The study revealed that 18 percent of cod sold in fishmongers is not cod, but actually haddock or saithe. In total, 120 samples from fishmongers, supermarkets, and restaurants in the wider Copenhagen region underwent DNA analysis.

“Seafood fraud is an extensive practice throughout Europe due to weaknesses in the current traceability systems for fish, and low levels of control checks from authorities responsible for the appropriate labeling of seafood. This fact not only represents a mockery to consumers, but also undermines worldwide conservation efforts by creating a black hole in the market where illegal catches are sold,” Oceana in Europe fisheries campaigns manager Maria Jose Cornax said in a press release.

This study indicates high levels of fraud among fishmongers, showing that there are gaps in the traceability system and seafood chain in Denmark. Previous studies carried out in several other European countries show that some European nations have higher fraud levels, like in Italy, Spain, and Ireland, while others have lower fraud levels than in the study conducted in Copenhagen, like France and the UK (click here to see an infographic about seafood fraud in Europe). 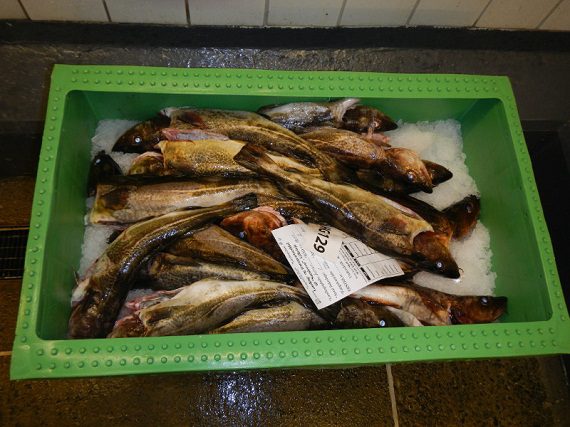 Although haddock and saithe are closely related to cod, it is still fraudulent to sell these species as cod. These two species tend to be cheaper than cod, which results in monetary loss for the consumer. The lack of traceability in fisheries is a big problem for consumers as the current labeling system often makes it difficult to trace the origin of fish. Cod, for example, can be found in great abundance in some waters, but is in very poor condition in other areas such as the North Sea.

“It is unfortunate that Danish consumers are being misled into believing that they are buying cod, when in many cases they are instead paying overprice for either haddock or saithe. Consumers should not only have the right to know what species of fish they buy, but also how and in what area it is being caught in order to be able to make eco-friendly choices,” Oceana’s Baltic Sea office project manager Hanna Paulomäki said in the press release.

Oceana has also carried out studies on seafood fraud in the U.S. and France. In the 2013 study, Oceana found that 33 percent of more than 1,200 seafood samples in the U.S. were mislabeled based off of Food and Drug Administration guidelines.