Will EU Member States Live Up To Their Common Fisheries Policy Commitments?

Earlier this month, Oceana joined European Union nations and other groups at the Baltic Sea Fisheries Forum to discuss restoring Baltic fisheries. This blog, which will appeal to fishery and policy lovers, discusses the difficulties EU Member States face as they near 2015, the year Member States have committed to rebuild fish stocks in the EU. This blog originally appeared on Oceana in Europe’s blog. Take a look below to learn more.

Last Monday, the countries around the Baltic Sea invited stakeholders to discuss fisheries management issues at the Baltic Sea Fisheries Forum, known as BALTFISH. BALTFISH is an informal group established by the fisheries administrations around the Baltic Sea, where they discuss fisheries management issues that only concern the Baltic Sea area in order to facilitate the EU fisheries Council negotiations – regionalization of the Common Fisheries Policy (CFP) put into practice. The meetings typically consist of one day open to stakeholders called the Forum, and a second day where only staff from fisheries administrations are allowed, known as the High Level Group.

On Monday, Oceana was present at the Forum, where inter alia the 2015 fishing opportunities in the Baltic Sea was on the agenda – like the Total Allowable Catches (TAC). The TACs for the Baltic Sea are to be decided by the EU fisheries Ministers in October.

If you are a fish/policy geek and you live in the EU, 2015 is a particularly interesting year as it is THE year when EU Member States have committed to rebuild fish stocks above levels which are able to produce Maximum Sustainable Yield (which basically means to harvest fish stocks at the highest level possible over a long period without jeopardizing its survival, so in essence fishing on the interest and not the capital). Although Oceana does not see MSY management as the panacea to fisheries management, we see this as a step in the right direction in order to stop overfishing and recover European fish stocks (MSY management has received a lot of critique from biologists as you fish down the stocks to levels around 50 percent or even lower of their virgin biomass in order to make them more productive).

The outcome of the October Council meeting is very important as it is the first meeting where the TACs will be set under the reformed Common Fisheries Policy. The decision on the Baltic Sea TACs is therefore likely to affect the level of ambition for the rest of the stocks which are decided in December.

We at Oceana recently presented our recommendations on the 2015 TACs and quotas for the Baltic Sea and the EU Commission tabled its proposal last week, which positively reflected the commitments to achieve MSY by 2015. Although we and the Commission had interpreted what this really means in TAC levels for some stocks, we agree with the Commission proposal en large as it aims at achieving MSY. For the Baltic Sea the only really controversial stock in terms of achieving MSY is one of the cod stocks, known as the Western cod stock. In order to set the TAC in line with MSY, a large cut is needed, almost 50 percent compared to last year. The stock has been overfished for a long time and the current management plan which is outdated has not lead to the necessary recovery. 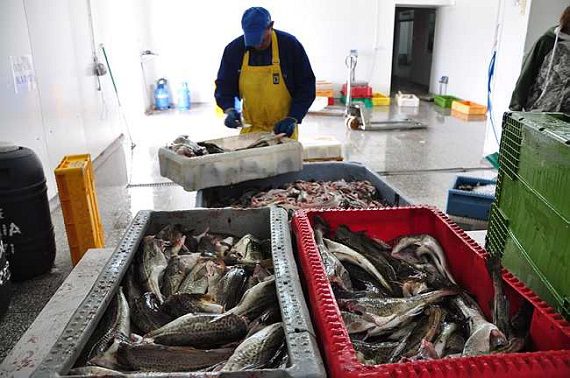 So, at Monday’s meeting this was expected to be one of the main issues debated. To be honest I had very little hope that the member state representatives would show real commitment to achieve MSY, as it is not a surprise that 2015 is suddenly approaching. And so far the EU member states have shown very little commitment in practical terms. In fact the International Council for the Exploration of the Seas, ICES (the scientists that give annual advice on how to set the TACs), have issued advice during the last few years on how to gradually achieve MSY in stepwise reductions for stocks where data allows, the Baltic Western cod stock included.  This advice could potentially have facilitated the commitment of this internationally agreed target in a smooth way, as the reductions would have been spread evenly over the years, allowing for the fishing industry to slowly adjust. Sadly, decision makers have not followed this advice when deciding on the annual TACs, which now puts them in the uncomfortable situation of having to agree on a very large cut in TAC from one year to another.

So what can the decision makers do in this situation? They have internationally committed to achieve MSY under the Johannesburg declaration and the newly reformed Common Fisheries Policy. This is also reiterated and confirmed by Ministers under regional conventions such as HELCOM.

Article 2.2 of the CFP states, “…In order to reach the objective of progressively restoring and maintaining populations of fish stocks above biomass levels capable of producing maximum sustainable yield, the maximum sustainable yield exploitation rate shall be achieved by 2015 where possible and, on a progressive, incremental basis at the latest by 2020 for all stocks.”

In the beginning of the CFP Basic Regulation it is stated that “…Therefore, the Union should improve the CFP by adapting exploitation rates so as to ensure that, within a reasonable time-frame, the exploitation of marine biological resources restores and maintains populations of harvested stocks above levels that can produce the maximum sustainable yield. The exploitation rates should be achieved by 2015. Achieving those exploitation rates by a later date should be allowed only if achieving them by 2015 would seriously jeopardize the social and economic sustainability of the fishing fleets involved.”

The latter part of the paragraph above makes this issue a bit tricky. For the Western Baltic cod stock there is enough data to apply the MSY approach, meaning there is clear advice from ICES on how the TAC level should be set in order to achieve MSY. This is also confirmed by the Scientific Economic Committee for Fisheries, STECF, and subsequently reflected in the Commission proposal. So in our opinion the Fisheries Ministers don’t have a choice but to apply the needed cuts. But, what and who determines if the social and economic sustainability of the fishing fleets involved are seriously jeopardized?

When the member state representatives were confronted at the meeting, by NGOs on the one hand expressing our expectations of the Member States to live up to their commitment to rebuild fish stocks, and the industry on the other hand referring to the socio economic problems associated with cuts in TACs, they seemed very hesitant to apply the needed cuts.

On Tuesday the meeting continued behind closed doors without stakeholders present, and the October Council will reveal if the Ministers will to live up to their commitments.

Until then Oceana along with other NGOs will continue to inform decision makers and the general public on the need to stop overfishing and to recover fish stocks for the benefit of the oceans and the public, fishermen and coastal communities included.