Introducing the Nudibranch: Multicolored Mollusks that Dazzle the Seafloor (Photos)

You may have heard of nudibranchs before, a group of soft-bodied mollusks that are just as quirky looking as their name suggests. More than 3,000 nudibranch species exist—commonly known as sea slugs—and dot shallow water habitat around the world with their vibrant colors, shapes, and sizes.

These soft-bodied mollusks move along coral, sponges, rocks, seaweed, and other substrate on a long, muscular foot. Their size ranges from that of the Spanish dancer—the largest nudibranch that can reach two feet in length—to smaller nudibranchs that reach just a quarter-inch long. But, don’t let their tiny size fool you—nudibranches have a range of tricks in store to catch prey and keep themselves safe from predators.

Besides camouflage, their other method of defense is toxicity. Nudibranchs can actually ingest toxic cells from their prey—like the stinging cells of anemones—and use that to ward off predators or kill other prey sources. Like many mollusks, they have radulas—a structure sometimes compared to a spiked tongue—to eat prey, and also have two tentacles called rhinophores on top of their heads used to locate prey. Their prey ranges from barnacles to smaller nudibranchs and sponges, and some can even live off sugars produced by algae living in their tissue—making them “solar-powered,” says National Geographic. Like many other animals, they communicate with chemical signals.

Take a look below for a beautiful glimpse of the rich biodiversity found in nudibranchs. 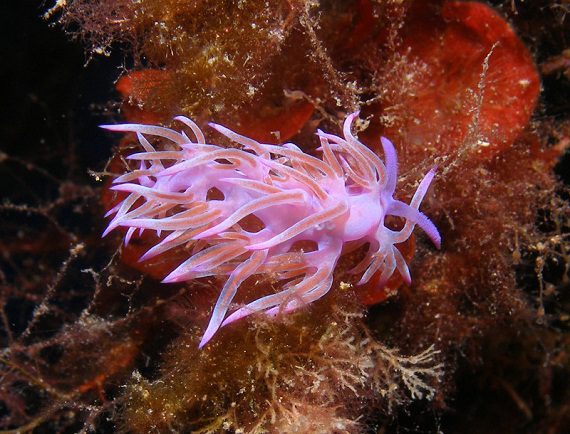 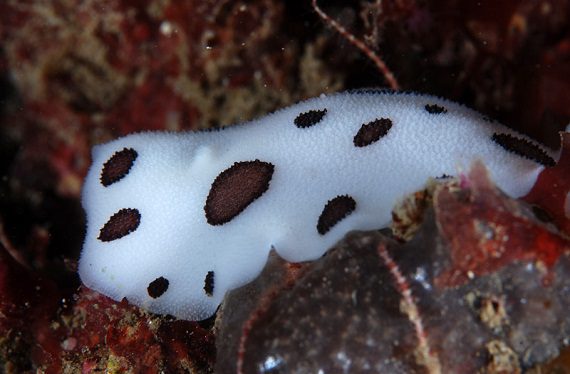 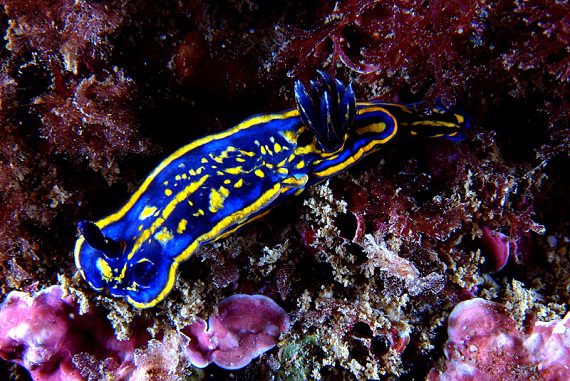 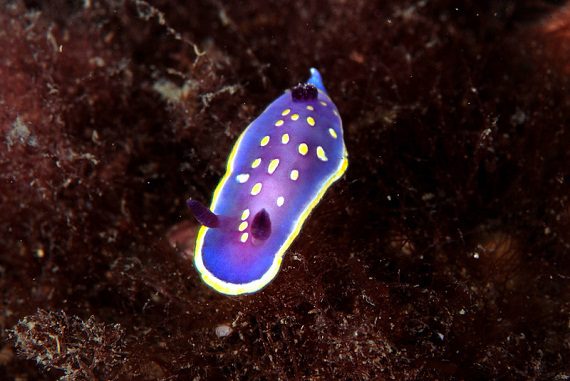 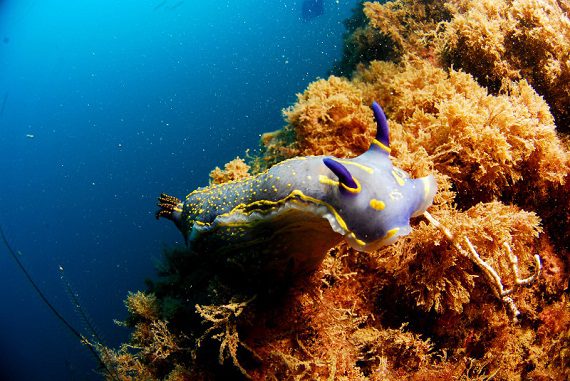 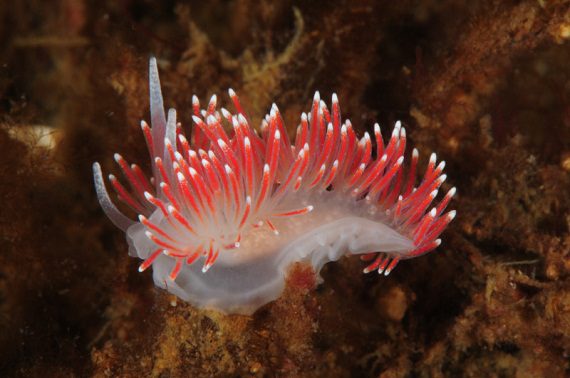 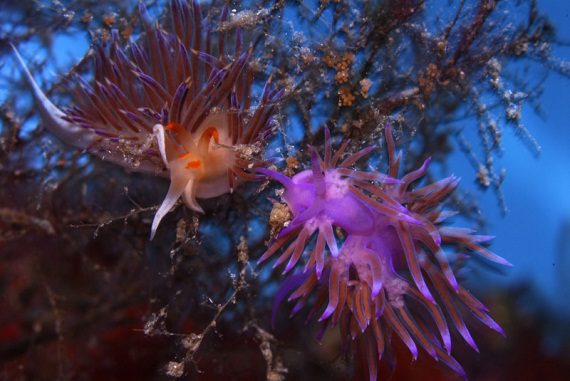 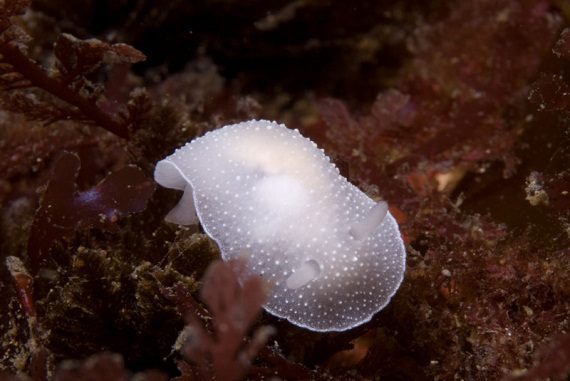