On World Food Day, A Look at Six of The Most Commonly Mislabeled Seafood Options

When you go to a restaurant and think you’re ordering a white tuna or filet of wild-caught salmon, there’s a good chance the fish on your dinner plate is not what it seems. Numerous studies have uncovered that seafood fraud—the dishonest practice of swapping one type of seafood for another—occurs on a global scale in all steps of the seafood supply chain. Seafood fraud studies have been undertaken in 29 countries and on all continents except Antarctica, and every study have uncovered seafood fraud to some degree. A 2013 Oceana study on seafood fraud in the U.S. found that 33 percent of 1,200 samples taken nationwide were mislabeled.

Seafood fraud—and especially mislabeling, the focus of Oceana’s campaign to Stop Seafood Fraud—has serious implications for human health, economies, and ocean ecosystems. People may think they’re paying for one particular fish, but instead end up consuming a cheaper, different species—one that may pose risks from toxins and contaminants or one that could adversely affect people with allergies. Not knowing if a fish  was illegally harvested also keeps fishery managers from being able to set realistic catch quotas and conserve endangered and threatened species. 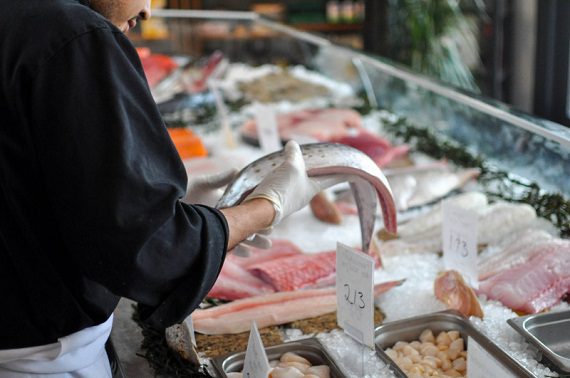 In honor of World Food Day, which falls among a month of celebrating sustainable fisheries and smart seafood choices during National Seafood Month, Oceana is taking a close look at some of the most commonly misrepresented seafood species. When you’re ordering seafood at a restaurant or buying it at a grocery store, remember to always ask questions about the source of your seafood.

Take a look to learn more about some key facts Oceana published in their 2013 report on mislabeling among popular seafood choices:

Red snapper is one of the most frequently mislabeled seafood species around the world. To be sold as red snapper, U.S. Food and Drug Administration guidelines require the fish must actually be the red snapper species (Lutjanus campechanus)—not tilapia, pollock, or tilefish, a fish species that the FDA urges certain groups to avoid because of its high mercury content.

In a literature review of 11 studies, Oceana found red snapper was mislabeled in 81 percent of 408 samples. Oceana’s 2013 study also found that actual red snapper was substituted with 28 different species, most of which weren’t even in the snapper family.

White tuna was frequently substituted for escolar, which can cause severe health reactions in some people. Other common substitutions included swapping tuna for different tuna species—which carries health risks as some tuna species have higher mercury levels than others, according to the report. 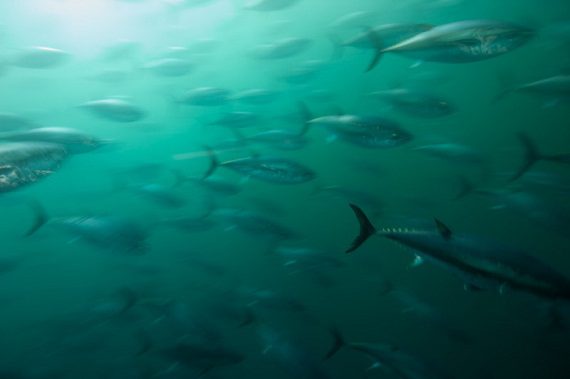 About one-third of sampled cod was mislabeled, occurring most prevalently in grocery stores. The most common types of substitutions were swapping one species of cod in for another, like Pacific cod labeled as Atlantic or scrod cod.

Roughly one-fourth of grouper samples were mislabeled. Though its mislabeling isn’t as prevalent as other species, its substitutions were especially concerning: King mackerel, one of four high-mercury fish the FDA urges certain people to avoid, was found sold as grouper, as well as several species on the IUCN Red List of Threatened Species, like Gulf grouper and speckled hind. 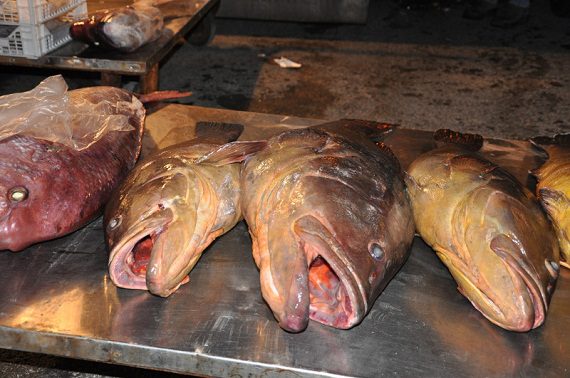 About one-fifth of halibut samples were mislabeled, most frequently in sushi venues. Federal guidelines say that both Atlantic and Pacific halibut can fall under the name halibut, though Atlantic halibut is listed under the IUCN Red List of Threatened Species as endangered.

Salmon is the second-most consumed fish in the United States behind tuna. While seven percent of all salmon samples in the Oceana study were mislabeled, closer to 20 percent of restaurants and sushi venues mislabeled salmon. Atlantic farmed salmon stood in for as wild-caught salmon—a practice that cheats consumers and carries potential health consequences. 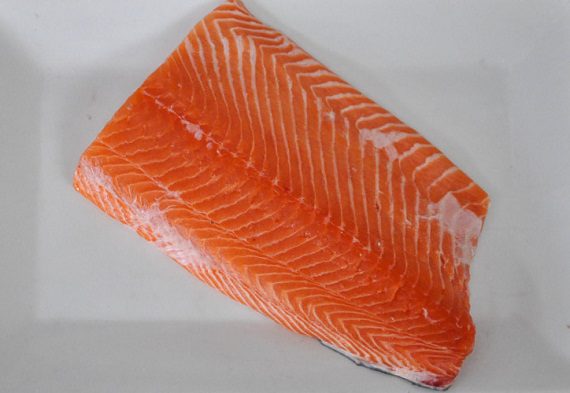 Oceana works to combat seafood fraud by promoting traceability in the seafood chain, keeping  illegally caught fish out of the U.S. market, and advocating for accurate labeling. Oceana recently provided comments to President Obama’s Task Force on Combatting Illegal, Unreported, and Unregulated Fishing and Seafood Fraud, and has been instrumental in bringing the issue ofseafood fraud to the public and media’s attention. Click here to learn more.