As an Olympian swimmer, it’s been a decade-old goal of mine to take on the choppy waters of the Na Pali coast, located off Hawaii’s oldest island of Kaua’i. The rugged coastline leads into rough waters that are even challenging for a professional swimmer like myself, but it’s something I’ve always wanted to take on. I gathered a group of eleven adventure-seekers to join me on this three-day swim to raise awareness for ocean conservation this past August, but as we set out for the adventure of a lifetime, we all underestimated how little marine life we would see.

For those unfamiliar with the area, Na Pali is about as far as you can get when it comes to being remote. Its green, sheer cliff over the open Pacific Ocean makes for an incredibly dynamic and inspiring landscape, one that hints at earlier periods when the landscape was occupied by native Hawaiians that attempted to tame and live off the land. Milolii, perhaps the most hospitable cove on the Na Pali coast, was once home to the Hawaiians and their Polynesian ancestors. It’s protected by sheer cliffs at its back and a reef at its front, with a large, usable beach that could once grow crops—it even felt like there was something cozy about it. 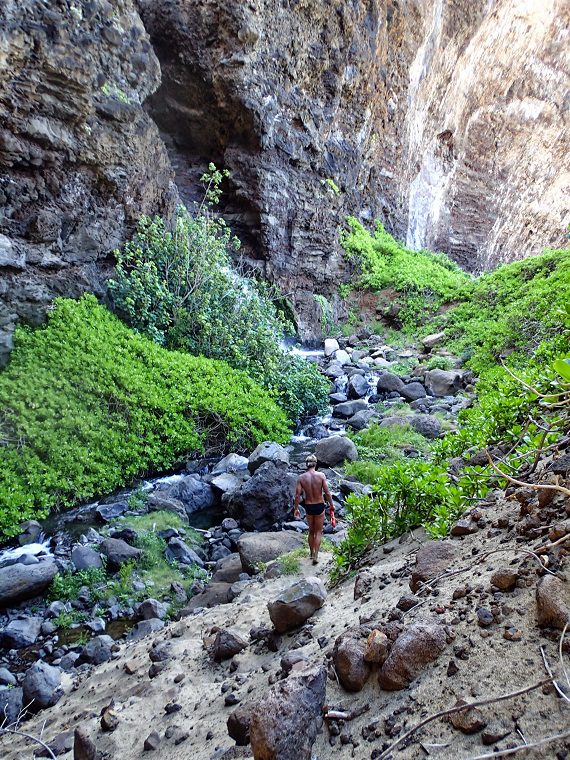 One could tell that at one point this reef flourished and teemed with bodiversity, but there was not much sea life to see when we were there. The four or so boats that were there when we were—just like the boats that visited the area for decades—had definitely taken its toll on what was no doubt an absolute gem of the Na Pali coast and its former inhabitants.

As my team and I swam the coast over three days, what we saw underneath the island’s waters was what stuck with us the most. The reef was dead; it was merely rock now. And the occasional fish that did swim through were few and far between. It was understandable that this particular reef was once the crown jewel of those that lived there.  It taught us that even if something seems pristine from the water’s surface, it takes just one look underwater to witness human interference.

Instead of seeing schools of fish, vibrant coral reefs, and sea turtles passing by, we saw a few fish, some trash, and a barren seafloor. The most disappointing part of the trip, though, wasn’t the fact that it was void of charismatic marine mammals or sea turtles, but the fact that the Na Pali coast—even in such a remote location—pointed to the larger sad state of affairs facing our oceans today.

How can something stay pristine with so much human traffic? As rugged as Na Pali is, this goes to show that all of the oceans have a common theme: They all require tenderness and care, and require that visitors acknowledge the fragility of such a critical environment. As people continue to visit and experience such locations, it’s more important than ever to understand what kind of impact we can have. We should know that before we dive we cannot touch live reef; we should know that we cannot drop anchors over these reefs, among other things we tend to do in these ecosystems. Without a doubt, my trip will be remembered as nothing but special and unique, but it is imperative we tread softly if we are to continue to visit ocean environments. 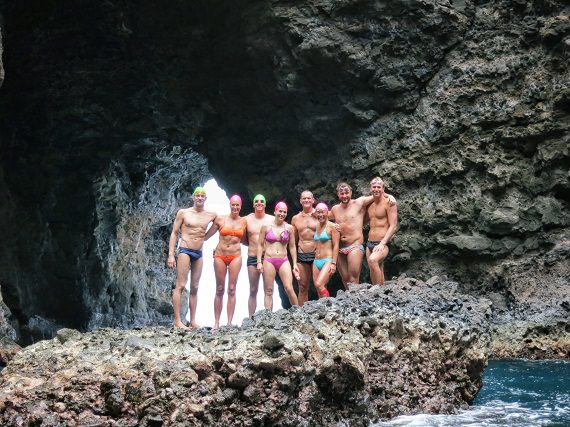 Editor’s Note: Aaron Peirsol, a world record-holder in the 100 and 200 backstroke and world champion, is also an Oceana ambassador. Peirsol and his team of 11 adventure-seekers helped raise over $1,500 to support Oceana’s efforts during their swim this past August.