When you think of the Philippines, you likely think of its vibrant coral reefs, crystal-clear ocean water, and beautiful beaches. Culturally, it’s a nation built upon the ocean’s bounty, where it’s estimated that there are over 1.3 million small-scale fishers and 8 million people rely on the country’s fisheries for their livelihood. Despite that massive dependency, more than 75 percent of Philippine fishing grounds are depleted.

For that reason, Oceana is proud to announce its launch in the Philippines, where it will work to rebuild the nation’s fisheries in partnership with native Filipinos. Led by vice president Atty. Gloria “Golly” Estenzo Ramos, Oceana Philippines will work to restore the bounty in Philippines waters and connect local fishermen back with the sea.

“In a nation where fishing is critical to the livelihood of millions, it is deeply concerning that more than 75 percent of our fishing grounds are depleted. Overexploitation has been driven by excess fishing pressure, a lack of coordination among agencies, destructive fishing and until recently, a lack of political will to implement the laws,” stated Ramos in a press release. “I am honored to take the helm of this organization’s work in the Philippines at a time when we can truly make a difference in our country and the region.”

To help launch operations in the Philippines, Oceana hosted a conference early this week, “The Road to Sustainable Fisheries Governance,” to discuss various perspectives on the state of fisheries in the Philippines, with a workshop among scientists on reconstruction of Filipino fisheries following the conference. Stakeholders from the government and fisheries sectors, the justice system, academia, NGOs & POs, and the business community spent two days discussing challenges, impacts, and reform proposals as well as sharing best practices in sustainable fisheries governance and effective law enforcement. 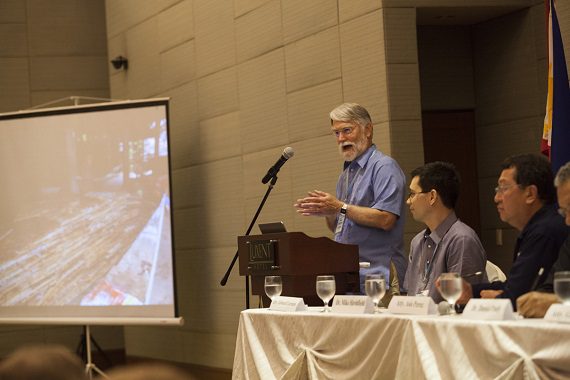 Many prominent leaders, scientists, and government officials are in attendance at the conference, including Oceana’s chief scientist and strategy officer Dr. Mike Hirshfield and Oceana board member Dr. Daniel Pauly, who leads the “Sea Around Us Project” at the University of British Columbia and delivered the keynote address at the event. The Bureau of Fisheries and Aquatic Resources (BFAR) National director Atty. Asis Perez will share the nation’s strategic moves to counter illegal, unreported, and unregulated (IUU) fishing. 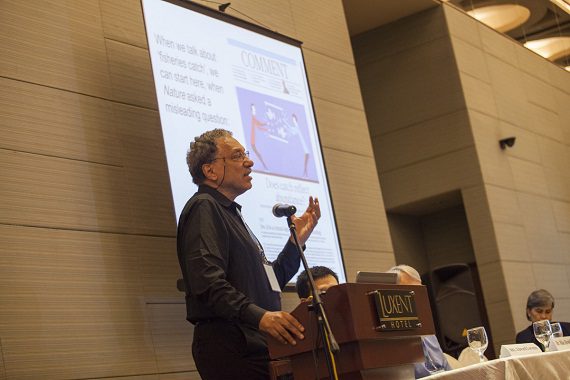 The Philippines is a heavily fish-dependent nation, ranking fourteenth in the world for fishing, with an annual marine catch of more than 2 million metric tons in 2011. Fishing is a critical livelihood support for the poor, though fishermen rank as the poorest of the poor in the nation—44 percent of them have no other source of income. In the Philippines, there are more than 1.3 million small-scale fishers and an estimated eight million people who depend on fisheries.

As the global demand for food continues to increase with the skyrocketing population, agriculture and livestock are limited in their ability to meet growing demands. On the other hand, wild-caught fish has several advantages compared to other sources of animal protein, and with better management, wild ocean fish can provide a healthy seafood meal for 700 million people every day, forever. 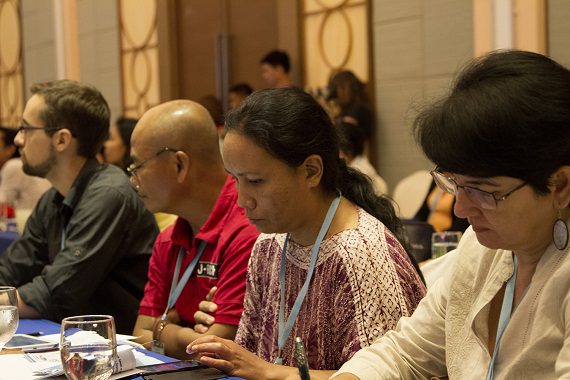 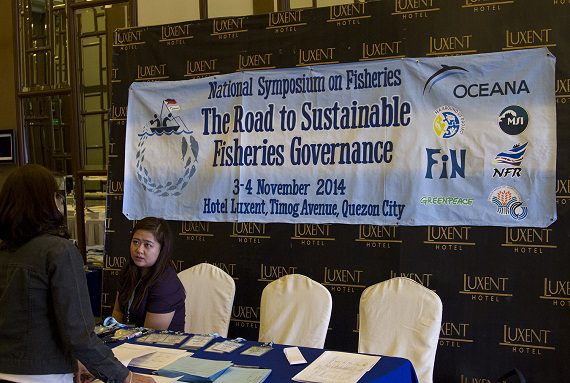