Did you know that shark finning is still allowed in the U.S.?  Despite the finning prohibition ushered in by the 2010 Shark Conservation Act, some east coast states were still allowing fishermen to fin spiny dogfish sharks at sea as long as the removed fins did not weigh more than five percent of the bodies onboard the vessel. While this might have been a good-faith effort to curb the brutal practice of finning, it was inconsistent with federal law and left the door open for undetected, illegal finning to continue. All of that changed late last month when the Atlantic States Marine Fisheries Commission took steps to prohibit finning of spiny dogfish.

Experts agree that the only way to prevent finning is to require sharks to be landed with their fins still naturally attached for several reasons. First, it is nearly impossible to identify fins from different species once they have been detached, meaning that enforcement officials cannot determine whether a fin belonged to a dogfish or a depleted (and prohibited) species such as a dusky shark. Second, scientists agree that these fin-to-body weight ratios are not conservative enough, because fins usually comprise closer to two or three percent of the total weight of the shark.

While both smooth and spiny dogfish are smaller species that might be less vulnerable to fishing pressure, they are still sharks and it is time that we started treating them as such. Millions of pounds of spiny and smooth dogfish sharks are caught by fishermen every year, and only recently have managers begun to implement science-based quotas and consider the importance of reducing bycatch, or the incidental take of species. Despite the fact that smooth dogfish have never been formally assessed to determine how big the population is, fishermen are allowed to catch an unlimited, unregulated amount. 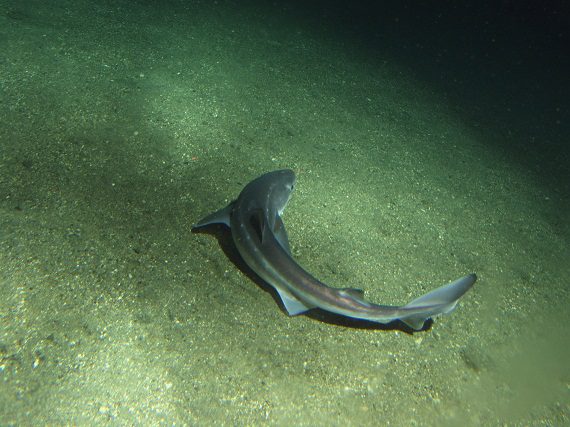 While we still have work to do to protect sharks from dangerous fishing practices, this is a very positive step for spiny dogfish in the Atlantic and will go into effect in May 2015. Oceana applauds the Atlantic States Marine Fisheries Commission for doing their part to promote the U.S. as a leader in managing small coastal sharks.