Forget ghosts and goblins. If you want to see something really spooky, take a swim.

The ocean is full of weird and wonderful creatures. And some that will just make your skin crawl. Here are five ghoulish fish and spooky squid, each “boo”-tiful in its own way, just in time for Halloween.

It’s dangerous to make such bold moves as a little fish. So, like Dracula feigning innocence, some fang blennies disguise themselves as harmless cleaner fish that pick parasites off larger species. The disguise lets the blennies get close to their prey, and take a bite, before darting off. In one species, the poison-fang blenny, the teeth also deliver a toxic bite. A poisonous Dracula that can breathe underwater? Now that’s terrifying.

Vampire squid look downright Transylvanian. But they’re not bloodsucking vampires, really. Instead, they’re scavengers that eat plankton and crustaceans in the deep sea. 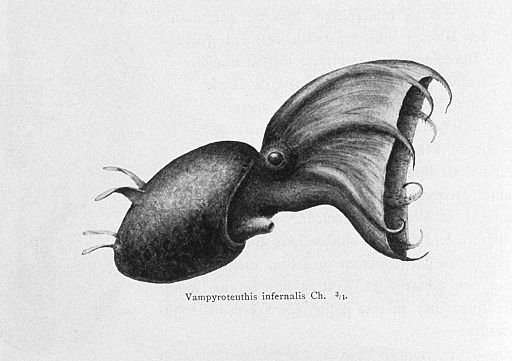 The untruths don’t stop there, either. Vampire squid aren’t even squid. Instead, they’re ancient relatives of squid and octopus, in their own group, called the “vampyromorphida.” The doubly misleading name comes from vampire squids’ dark, webbed arms, which look like a spooky cape. But the capes don’t do anything particularly creepy.

Vampire squid? More like cape-wearing non-squid, and another reminder not to judge by appearances. Yikes!

Sea lampreys suck, literally. They don’t have the terrible canines of fang blennies, or the spooky cape of the vampire squid. But they do have one mean suction cup.

Instead of a normal mouth, sea lampreys have a fleshy suction snout, lined with whorls of sharp teeth. They use this terrible protuberance to latch onto other fish and marine mammals, and become bloodsucking parasites, like leeches.

The lampreys have invaded the Great Lakes from their native Atlantic, where they attack and sometimes kill trout, salmon and other economically important fishes. 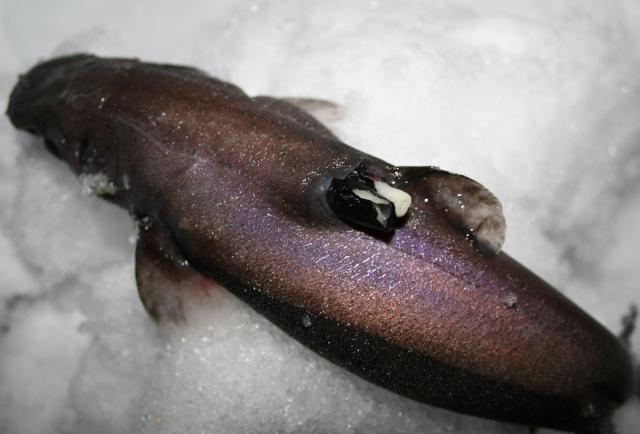 Feeling itchy yet? You will be after learning about parasitic barnacles.

Picture a barnacle, and you probably imagine a harmless, hard little shell, attached to a tidepool. Well, tucked up inside that shell is a crustacean, kind of like a crab or lobster. And while some barnacles keep it chill, some of them are scary and mean.

One type infests crabs. And they go straight for the gonads. Larvae of the Sacculina genus of barnacles latch onto crabs’ private parts and grow “much like a tumor,” according to a 2013 study. Unfortunately for the crab, the larvae also destroy the reproductive organs, and hijack the crab’s mind in the process, making it obsessed with eating (to feed the barnacle).

Barnacles have a thing with gonads. And it’s not just crabs. In the deep ocean, Anelasma barnacles embed themselves in the bodies of sharks — sometimes in their reproductive organs, stunting their development.

So, just to be clear, these creepy barnacles grab their hosts by the goods, and turn crabs into zombies. Now aren’t you glad to live on land?

The cookie cutter shark is anything but sugary. Its delightful name comes from the cookie-shaped chunks it gouges from other sharks, fish and marine mammals with its ice-cream scoop jaws.

There are three different species of cookie-cutters, which together have attacked 49 species of whales and dolphins, including orcas. The sharks aren’t very big, but they can take a sizeable plug of flesh.

You don’t have to worry about their bites though, unless you’re swimming in open water at twilight or after dark when the moon is bright, according to a 2011 study on the first documented attack on a person. A long-distance swimmer was bitten twice, between the islands of Hawaii and Maui, and needed a skin graft to heal the wound.

From not-so-saccharine sharks to big-toothed blennies, there are plenty of eerie oddities beneath the waves. But even those parasitic gonad-ruining barnacles are no match for the scariest creature of all: Man.

Humans now impact all the world’s oceans, and often damage them. We may not look as a creepy as a vampire squid or lamprey, but they have good reason to be terrified of people. If spooky sea creatures celebrated Halloween, maybe they would dress up as us.