In the 1975 film Jaws, shark-hunter Quint described the eponymous villain’s peepers as lifeless and black, “like a doll’s eyes.” But Jaws got a laundry list of things wrong, and eyes are no exception.

Sharks and their ray relatives boast a dazzling diversity of pupil shapes and eye sizes, which offer hints about how they hunt and live. Here are five wild eye adaptations that say volumes about sharks’ killer lifestyles.

First order of business: tackling that “lifeless” complaint. Shark eyes are hardly dead. Their pupils dilate and contract just like those of mammals, birds or reptiles.  While it’s true that many fish have static or nearly static pupils, sharks are 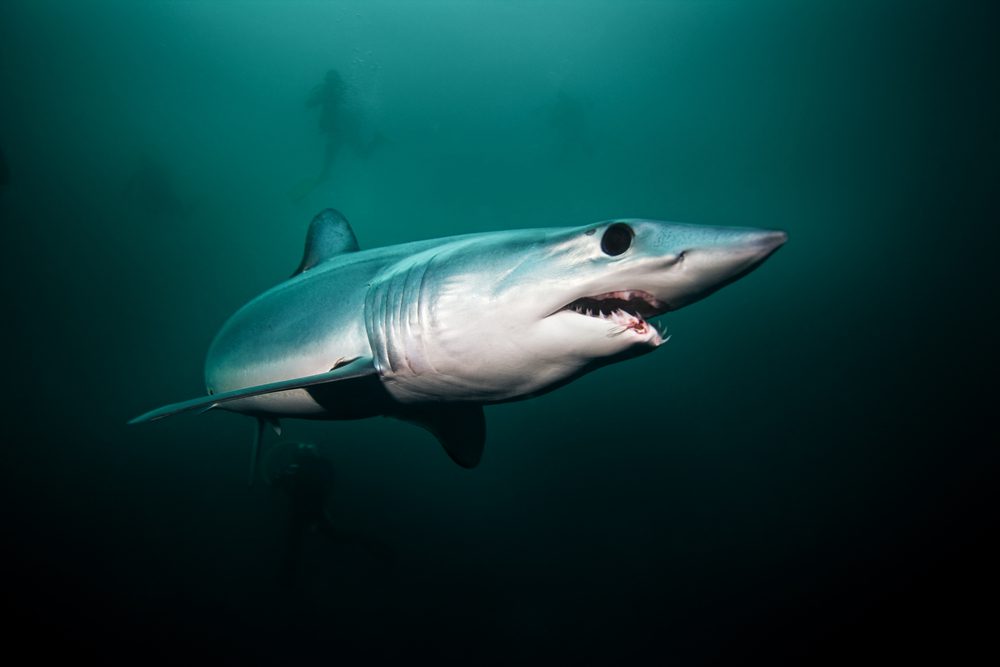 special. Their pupils get big and round in dim conditions, and constrict to slits, pinpoints or squiggles in bright daylight.

2. What big eyes you have

Sharks might not be known for their outsized, babyish eyes, but some species should be. The aptly named bigeye thresher may be second only to the blue whale in terms of the absolute size of its eyes.  Mako sharks and porbeagles also sport some popping peepers.

What makes these sharks different from their beady-eyed cousins? According to a 2006 study, the most doe-eyed of these predators all live in the upper layers of the open ocean, where the water is clear and sunlight is abundant. Large eyes and large pupils improve the resolution and sensitivity of their vision — helpful when they’re chasing down speedy prey like squid or tuna. 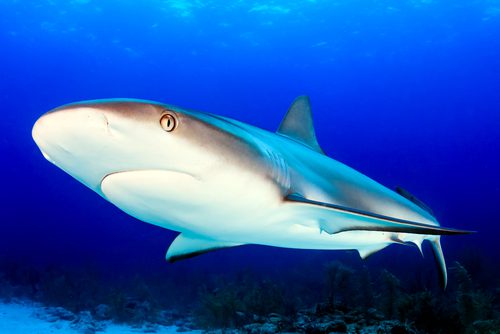 Just like your tabby at home, reef sharks, sandbar sharks and several other species have vertical slit pupils. Most fish have round pupils, so why do some sharks buck the trend?

As it turns out, the scientific jury is still out on the merits of slit pupils. Studies of land-based animals have offered different explanations over the years. One is purely mechanical: Cat-like pupils can dilate more than circular ones, as a 1977 study demonstrated. While human eyes expand just tenfold from their smallest size, a house cat’s eyes can dilate a whopping 135 times. This helps Fluffy see clearly at night while protecting her sensitive vision during the day. For sharks that hunt round-the-clock or in varied conditions, slit pupils might also be adaptive.

Other possible explanations consider the physical properties of light. Because of the way light moves, vertical slit pupils in land predators may outperform circular ones when it comes to gauging distance. Vertical slit pupils may also create sharper color images in variable brightness, as a 2006 report suggested. But for sharks, the purpose of those fetching cat pupils is still a mystery.

Shark eyes are like cat eyes in more ways than one. Ever seen your kitty’s eyeballs flashing like a B-movie monster’s at night? Shark eyes shine for the same reason: a layer of reflective crystals called a tapetum lucidum.

This mirror-like structure lies just behind the retina. It reflects incoming light, giving the cells in a shark’s retina a second look at any light they missed the first time around. This helps sharks see an estimated 10 times better than humans in dim surroundings.

But a tapetum lucidum is actually counterproductive in bright conditions, which is why day-active animals like humans don’t have one. Certain sharks that hunt day and night have evolved a clever way to get the best of both visual tricks. On sunny days, tiny molecules of dark pigment cover their tapetum lucidum, acting like shutters on a window.

Certain bottom-dwelling members of the ray family, which are closely related to sharks, possess the strangest eyes of all. Stingrays and their sawfish cousins have horseshoe-shaped pupils, while guitarfish boast pupils like scribbled W’s. 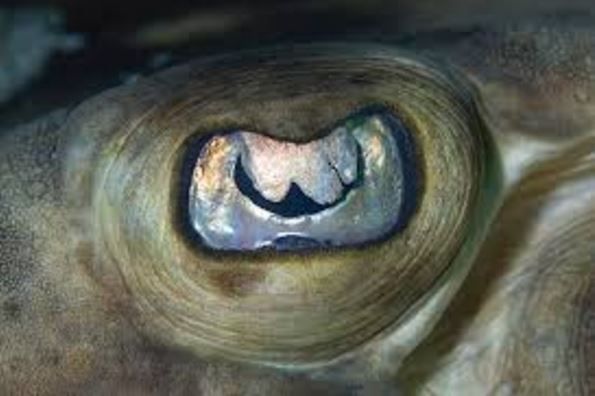 Cuttlefish aren’t related to rays, but they have similarly shaped pupils. As a 2013 study discovered, cuttlefish’s W-shaped pupils reduce the contrast from the top and bottom of the field of vision. On a day where it’s sunny above and dim below, cuttlefish eyes act like built-in Photoshop, evening out highlights and shadows. This makes it easier to spot food, mates or danger.

Crescent and W-shaped pupils could offer another surprising benefit. These pupils can constrict to nearly separate points, packing the equivalent of two pupils into one eyeball. So, even though rays don’t have overlapping binocular vision like humans or dogs, they may still be able to accurately judge distance out of each eye.

It’s clear to see that shark and ray eyes are not lifeless or doll-like. If they’re not quite windows into the shark soul, they still tell scientists a lot about what how they hunt and where they live. And for the record, Quint, white shark eyes aren’t black — they’re actually deep blue.