5 ways sustainable seafood can benefit people and the environment

Oceana works to save the oceans and feed the world, and we can’t do that without sustainable seafood. We help our oceans thrive by promoting fishery policies that follow science-based quotas, reduce bycatch, put an end to overfishing and protect fragile habitats. These tactics not only help marine life flourish – a win in its own right – but also ensure that our oceans can continue to nourish the people who need it most.

Seafood is an indispensable part of many people’s diets, livelihoods and cultural traditions. This is especially true for populations that don’t have access to an alternate source of healthy, affordable protein. In staying true to Oceana’s mission, here are five ways that seafood can sustain and support communities around the world.

1. Seafood can provide a healthy source of protein to a growing population.

Right now, 821 million people around the world are living in hunger. This problem isn’t likely to disappear anytime soon, especially with the population projected to grow by 2 billion people over the next 30 years. But by ensuring that fisheries are managed sustainably, and within scientifically sound parameters, we can restore ocean abundance and put enough fish in our waters to feed a sizable portion of the planet. If we look after our oceans properly and avoid overexploiting their resources, they could provide a nutritious meal every day for 1 billion people.

2. Seafood could fill the micronutrient void that exists in many developing countries. 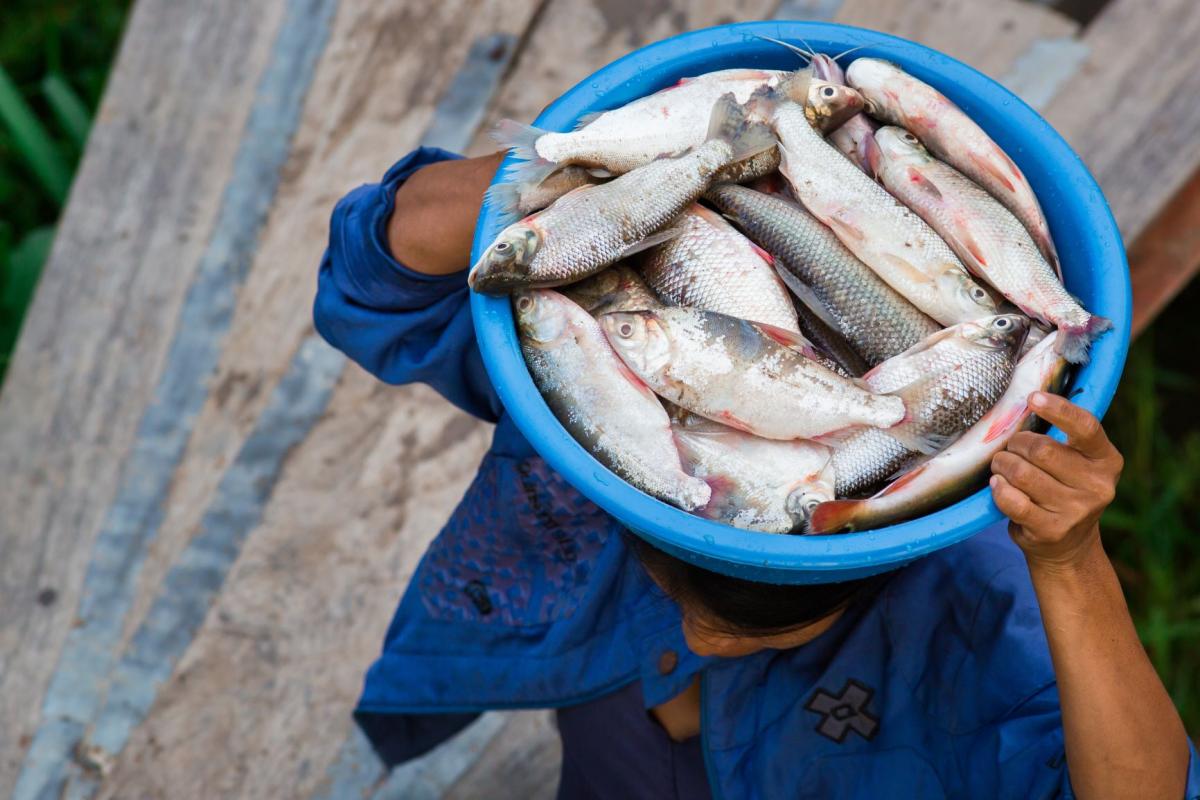 Enough fish are caught in many developing countries to nourish their populations, and yet malnutrition remains a persistent problem. How can this be? A team of researchers, including Oceana Science Advisor Dr. Eddie Allison, found that the fish being caught in tropical countries are chock full of important micronutrients – including calcium, iron, zinc, selenium, omega-3 and vitamin A – but they don’t always end up on local people’s plates. That’s because much of the catch is exported, sometimes for the sole purpose of being churned into fishmeal and fed to carnivorous farmed fish like salmon, which are ultimately consumed by people in higher-income countries.

This has consequences for both local people and the economy. “A lack of fish-derived nutrients has been found to have a large effect on public health, notably infant mortality and hence GDP,” Oceana Board Member and fisheries scientist Dr. Daniel Pauly wrote in a response to the study, which was led by Dr. Christina Hicks. That’s why, when we consider the benefits of seafood, it’s important to also consider who has access to those benefits.

3. Seafood tends to be a low-carbon food, so it reduces the strain on the environment.

Compared to land-based animal proteins like beef and pork, wild-caught seafood has a significantly lower carbon footprint (as long as it’s not being carted around the planet by plane). Plus, it requires virtually no fresh water or arable land to harvest it. At a time when concerns over habitat destruction and climate change are growing, it’s more vital than ever to rethink our global food systems.

A recent report from the High Level Panel for A Sustainable Ocean Economy suggested that climate change could be mitigated, in part, by shifting global diets towards plant- and ocean-based options. “Food from the sea, produced using best practices, can (with some notable exceptions) have some of the lowest greenhouse gas emissions per unit of protein produced of all protein sources,” the panel wrote.

4. The fishing sector provides jobs to millions of people – half of whom are women. 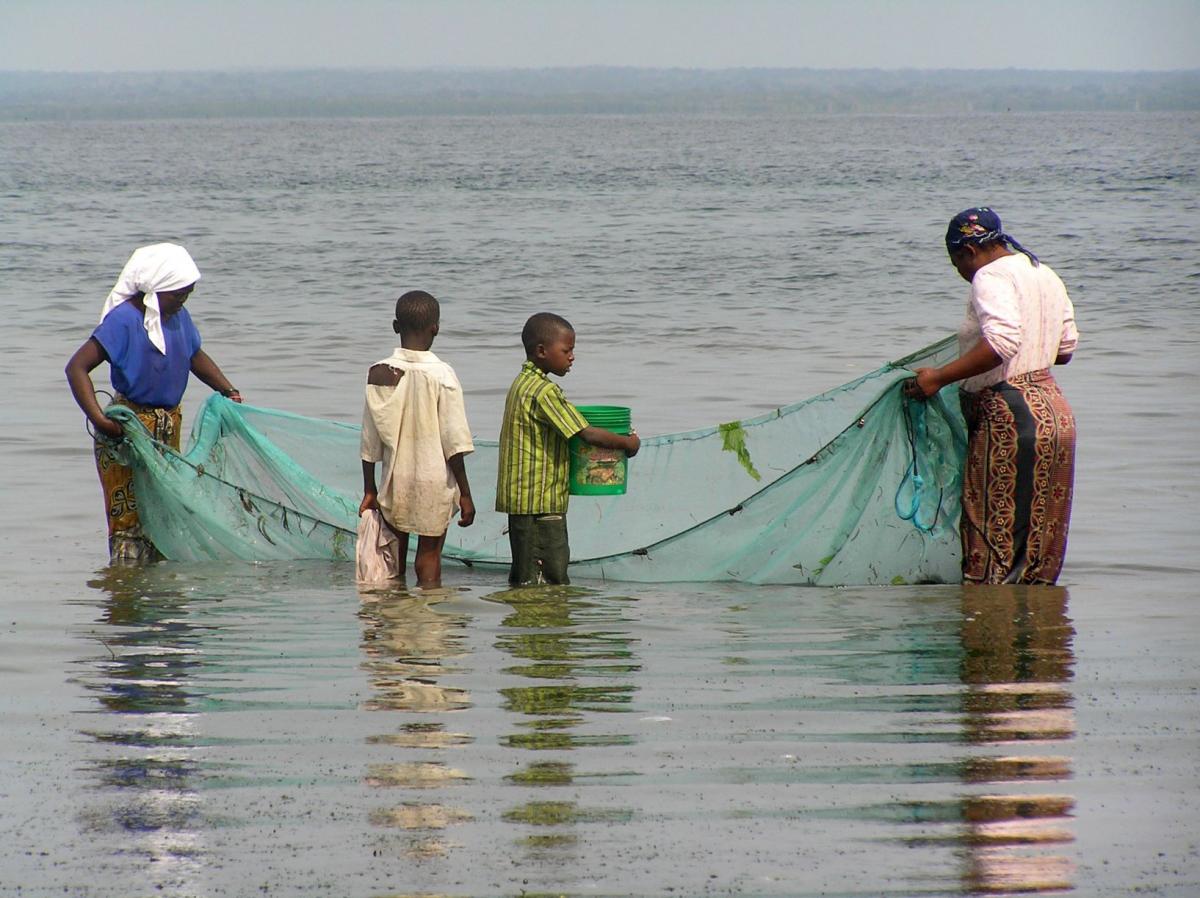 Roughly 120 million people work in capture fisheries around the world. Over 95% of those people live in developing countries, and nearly half of them are women. Although fishing is typically viewed as a “masculine” occupation, many women make a living by spearing octopus, digging for clams, diving for abalone and packing and processing seafood. This industry is particularly important in small island nations. In Palau and Seychelles, for instance, 10% to 50% of their GDPs may be derived from fisheries, according to Forbes.

5. Fisheries are vital to many Indigenous coastal communities.

Indigenous peoples eat roughly 2% of all the seafood caught annually around the world, according to a 2016 study written by Dr. Andrés Cisneros-Montemayor and co-authored by Dr. Pauly. Considering that Indigenous groups comprise just 5% of the global population, their seafood consumption works out to be 15 times higher than that of non-Indigenous peoples.

So what exactly does this mean? As the study’s authors put it: “Marine resources are crucial to the continued existence of coastal Indigenous peoples, and their needs must be explicitly incorporated into management policies.” Canada’s revamped Fisheries Act, which was championed by Oceana and our allies, is a good example of how this can be achieved. The new version of the Act recognizes Indigenous knowledge and states that the Minster of Fisheries and Oceans has a duty to consider any adverse effects that decisions may have on Indigenous peoples. 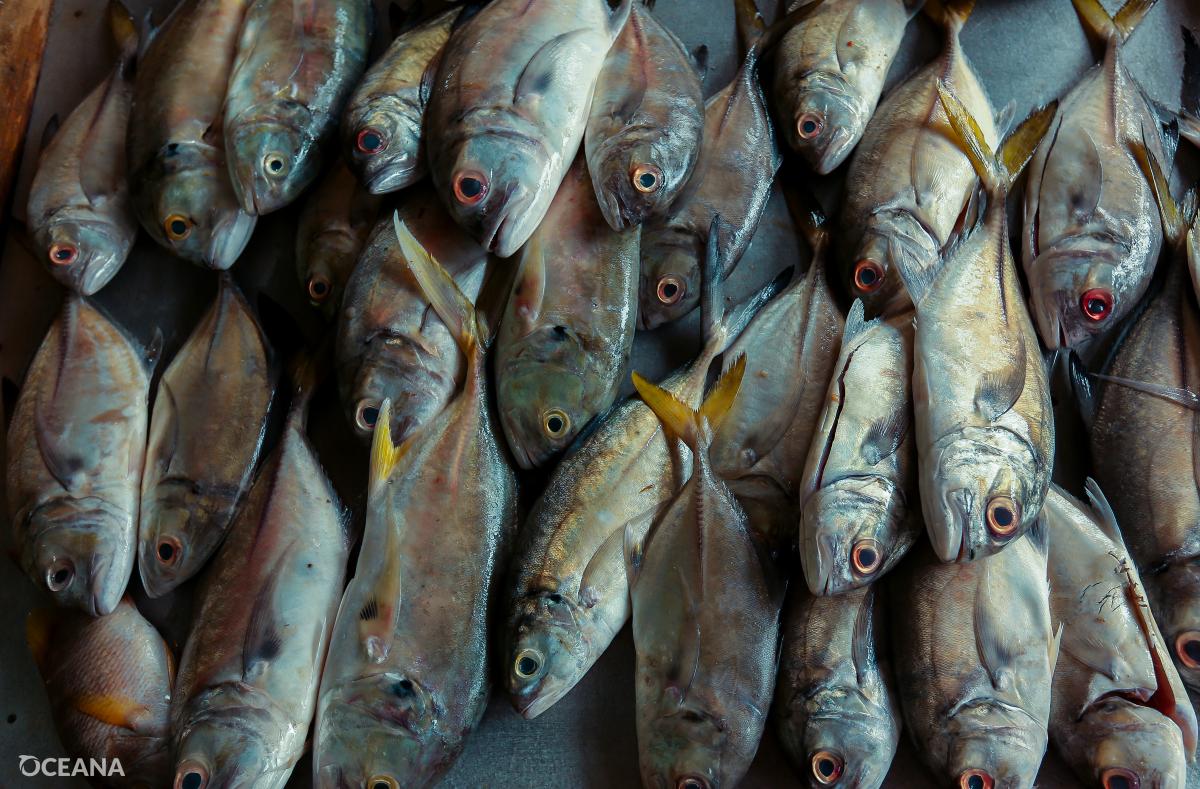 From coastal communities to octopus fishers to people living in the tropics, it’s clear that millions of people around the world depend on abundant oceans. Of course, when we talk about the benefits of seafood, sustainability is an important caveat. Overfishing and destructive fishing methods are still ravaging marine habitats, rendering them less capable of providing for people’s nutritional needs in the future. That’s why, when you select a fish from a restaurant or your local supermarket’s seafood counter, it’s important to check the source. The Monterey Bay Aquarium has a helpful tool called Seafood Watch that simplifies the process.

Want to learn more about how Oceana is helping to save the oceans and feed the world? Visit our campaign page here.