As 2016 draws to an end, most people are bidding good riddance to the worst year in memory. But there is one good thing to come out of the last 12 months: A bumper crop of new fish species. From air-breathing giants to deep-sea monsters with glowing butts, these six newly described species are some of our favorites. 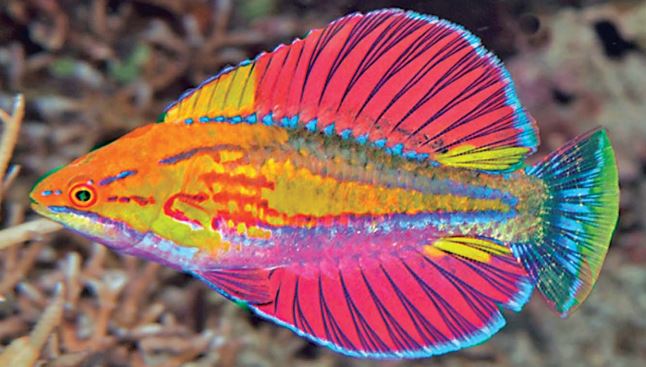 With their eye-popping pinks, reds and blues, Flasher wrasses look like something Lisa Frank might design on an acid trip. In 2016, scientists formally described three new species: Paracheilinus alfiani, P. paineorum and P. xanthocirritus. These lysergic fish are found along Indonesia’s coral reefs, where males ‘dance’ and show off their colors to attract females. These wrasses get their name because they actually do flash like the Las Vegas Strip, instantly turning from more muted colors to vivid neons — all the better to impress the ladies.

Deep-sea barreleye fish are odd-looking critters with eyes shaped like tubes, not spheres — and 2016 brought us two new species, both notable for the giggle-inducing way they produce bioluminescent light. By analysizing specimens’ DNA and pigmentation patterns, scientists confirmed that Monacoa niger and Monacoa griseus were separate species, and not just variations of known species — as had been assumed for decades.

Mirrorbellies, as the researchers proposed calling these fish, produce light in the rectal bulb, a special organ located inside of the anuses. Mirror-like scales reflect this light along the fish’s stomach, which helps to disguise its outline from predators looking up from below. For mirrorbellies, it seems, the sun really does shine out of their backsides.

The flashy little Brianne’s groppo has an unusual distinction — it’s the deepest-dwelling fish to have been collected by human hands. Divers from the California Academy of Sciences first captured this pink-and-yellow fish at 150 meters (490 feet) below the waves, on a ‘twilight zone’ reef in the Philippines’ Verde Island Passage. Most fish that live this deep are collected by remote-control submarines, but recent advances in technology mean that scientists can dive farther and longer than ever before.

Unfortunately for this picturesque groppo, it may already be under threat — the research team noted that its reef habitat was covered in a layer of sediment from deforestation and a rock quarry on nearby islands. 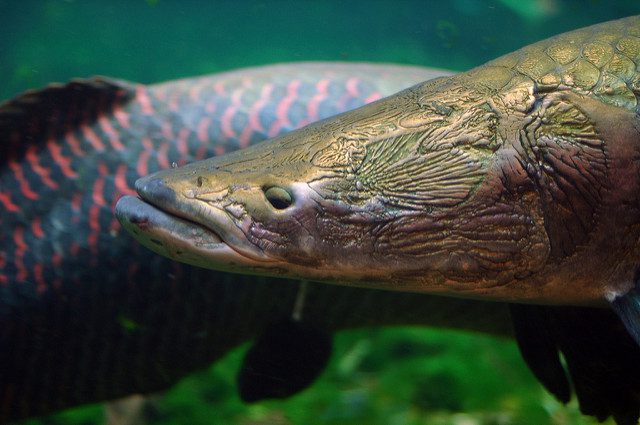 It’s hard to believe that a 3-meter (10-foot), 180-kilogram (400-pound), air-breathing fish could escape anyone’s notice, but that’s exactly what may have happened in Guyana’s rivers. Using DNA analysis, scientists discovered genetically distinct populations of arapaimas living in the same river basins in this nation’s lush rainforest. Differences in DNA markers show that these fish haven’t interbred for a long time, suggesting that they’re separate species. And, at least one of these populations is new to science — early evidence that the researchers may have stumbled upon an entirely new species of these threatened  giants.

As for the air-breathing part? Arapaimas use a primitive lung — actually a modified swim bladder — to gulp air when the dissolved oxygen in their river habit gets too low. This means they stay quick-witted, fast swimmers even when their prey is so oxygen-deprived it gets sluggish and easy to catch. 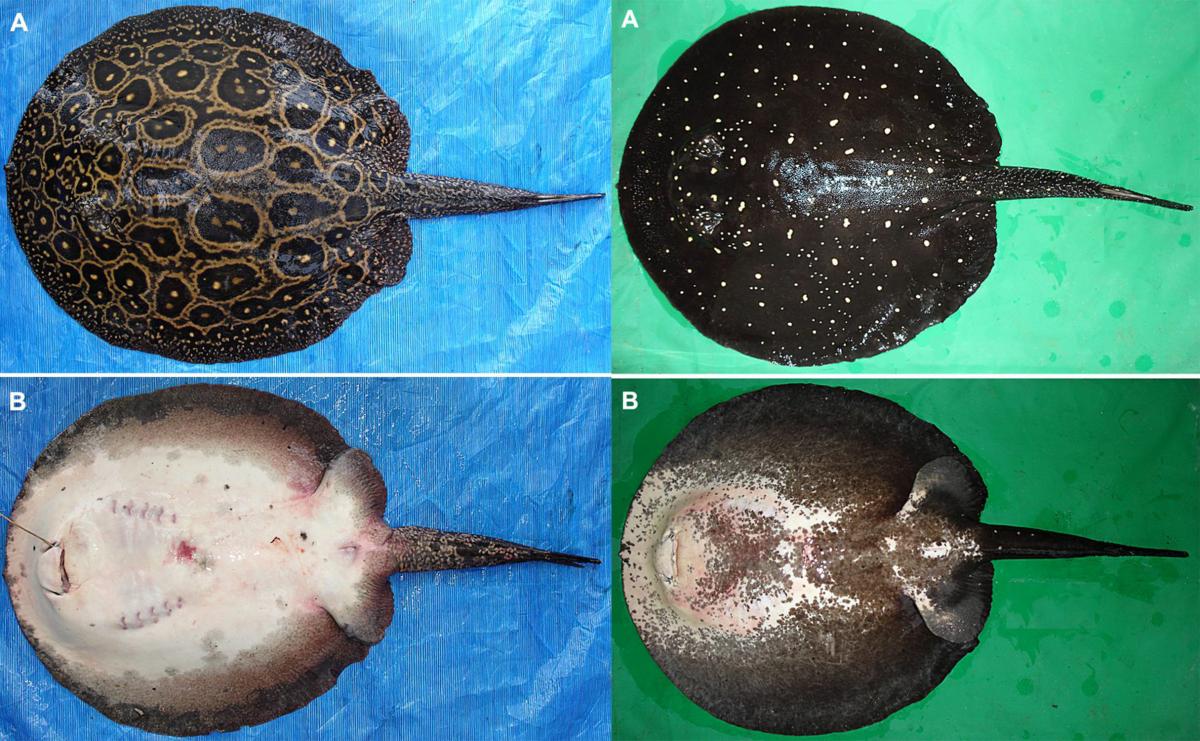 Here’s two more new fish from the Amazon’s vast network of tributaries: the Itaituba ray and the pearl ray. The pearl ray has a black-and-gold leopard-style spots, while the Itaituba is black with a starry spattering of white spots. These fish live in the Tapajós River Basin in Brazil, a hotspot of biodiversity that’s home over 450 species of freshwater fish, many of which are found nowhere else on earth. Interestingly enough, both of these stingray species have been known to aquarium enthusiasts for some time, where their relative rarity means they fetch sky-high prices. 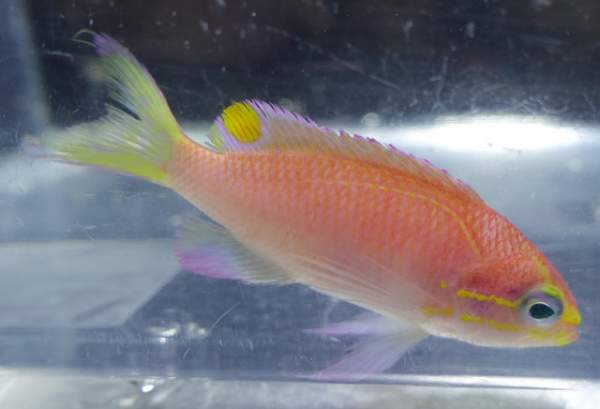 Last August, President Obama dramatically expanded Papah?naumoku?kea Marine National Monument in Hawaii. This park, which is now twice the size of Texas, boasts some of the world’s highest concentrations of marine endemism — that is, species that occur there and no were else. To honor the Hawaii-born president’s decision, researchers named this yellow and coral-pink fish Tosanoides obama. In a ceremony hosted by National Geographic, President Obama reacted with his trademark restraint: “That is a nice-looking fish.”

So on Saturday night, don’t bewail 2016. Celebrate all the new marine treasures it brought us, and toast to the strange new species that 2017 has yet to reveal.