Easter Island, renowned for its giant stone carvings, may have a new claim to fame: A treasure trove of tropical fish. In a paper released last month, a team of Chilean researchers revealed the first images of what may be at least six new reef-dwelling species. These video stills, captured at depths of 160 to 280 meters (520 to 920 feet) using a remotely operated vehicle, will help inform efforts to protect this vibrant ecosystem.

The finds include a butterflyfish with vertical black bars and a wrasse sporting eye-catching orange stripes. In early April, technical divers with the California Academy of Sciences were able to capture a specimen of one of the new species — a damselfish with yellow fins — which will soon receive a scientific name.

As for the other fish, Matthias Gorny, the science director of Oceana Chile and one of the study’s authors, said that it may be some time before we know for certain if they’re new species or not. Researchers need a specimen of each species, he explained, not just a photo. This is a tough order because these fish live in the ocean’s permanent “twilight zone,” the deeper parts of which are beyond the reach of scuba divers. And remotely operated vehicles, or ROVs, can be ungainly tools for chasing down fleet-finned fish. 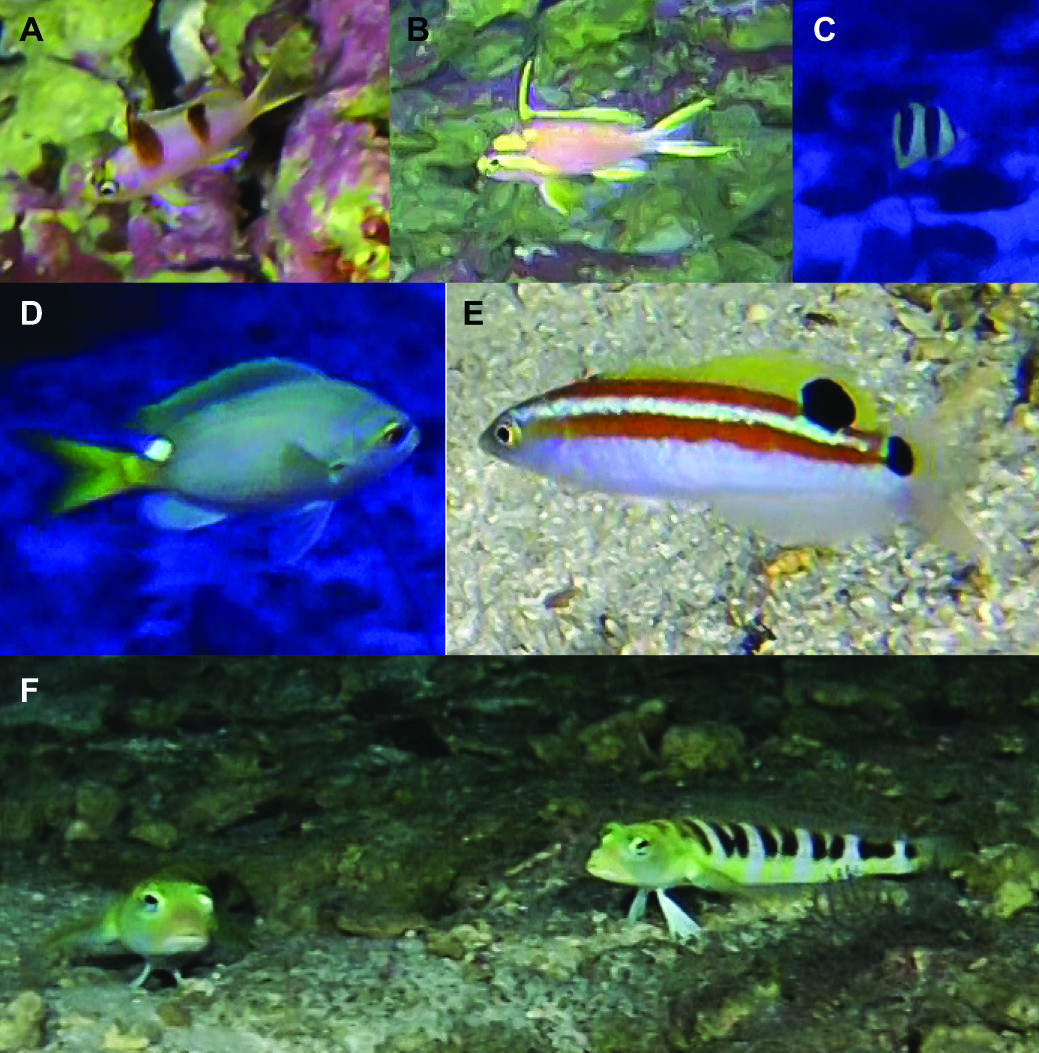 Still, there’s good evidence that the remaining five fish are special. “The apparent uniqueness of the specimens based on morphology apparent in the videos does provide initial support for the species being new to science and, at the very least, likely being genetically distinct populations,” said lead author Erin Easton, a biologist at Catholic University of the North in Coquimbo, Chile.

The findings from this expedition may help bolster efforts to create a 720,000-square-kilometer (278,000-square-mile) marine park around Easter Island and the nearby Isla Salas y Gómez. If created, this park would be one of the largest protected areas in the ocean.

Easter Island, known locally as Rapa Nui, lies at the center of a nutrient-deficient patch of ocean called the South Pacific gyre. The island’s location in this marine “desert” is thought to make its marine wildlife particularly vulnerable to climate change and other manmade threats. This vulnerability is compounded by Easter Island’s extreme isolation, which leaves animals with few other refuges.

Like the Galapagos, Rapa Nui’s isolation makes it a natural laboratory for evolution. According to the authors of the study, Easter Island and its surrounding “seamounts,” or underwater mountains, have a high number of species found nowhere else on earth — many of which we may have yet to discover. If these populations disappear, Gorny said, “these species are gone forever.”