It sounds like dynamite detonating every few seconds, day in and day out. Deafening blasts of sound travel through the ocean and ricochet off the seafloor. The returning echoes contain clues if the area could hold promise for offshore drilling. These ear-splitting detonations are called seismic airgun blasts, and they might be roaring across the East Coast as early as this summer.

The previous administration denied permits for seismic surveying along the U.S. Atlantic coast in January, but the Trump administration has been rushing to reverse this decision. Now, seismic companies could soon begin blasting an area from Cape May, New Jersey to Cape Canaveral, Florida. Learn how seismic airguns hurt marine life, why they’re bad for coastal communities and what you can do to fight back.

Ships tow arrays of airguns that set off bone-rattling blasts for weeks or months at a time. These detonations are so forceful that seismic surveys in Brazil can be picked up by ocean microphones in Virginia. As the powerful bangs ripple outwards, ocean water transforms the sound into an inescapable roar. Scientists have likened seismic airgun blasting to enduring a months-long rock concert in your backyard. “The bottom line is that it’s incredibly loud and dangerous to marine life,” said Oceana campaign director Nancy Pyne.

2. It hurts whales and dolphins

Whales are famous for their fine-tuned hearing. Humpback whales sing to keep track of each other across distances of thousands of miles. Dolphins and orcas “see” with sonar-like clicks to track down prey. The din of seismic airgun blasting can deaden this cetacean soundscape. 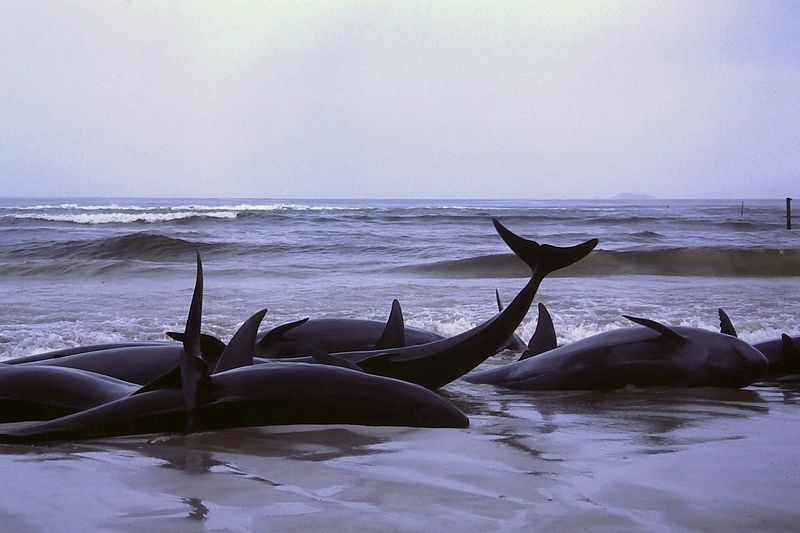 Numerous scientific studies show that seismic airgun blasts can harm or injure these animals and interrupt their normal behaviors. While cetaceans are normally resistant to decompression sickness, or “the bends,” an airgun explosion could panic them into ascending too quickly. As scuba divers know, a swift ascent can be a fatal one. Biologists have suggested that decompression sickness, ear damage or other injuries from seismic airgun blasting may be the culprits behind several mass strandings.

All in all, government scientists estimate that up to 138,000 marine mammals could be injured by seismic airgun blasting on the East Coast, with up to 13 million more disturbances to essential behavior like feeding or mating.

There are approximately 500 North Atlantic right whales left. Efforts to bring back this species after industrial whaling seemed to be paying off until around 2010, when the whales’ numbers began to slip once more. Getting mowed down by boats or tangled in fishing gear are the leading causes of death for this species, but scientists also suspect that the stresses of shipping, military and industrial noise also play a big role in their decline. 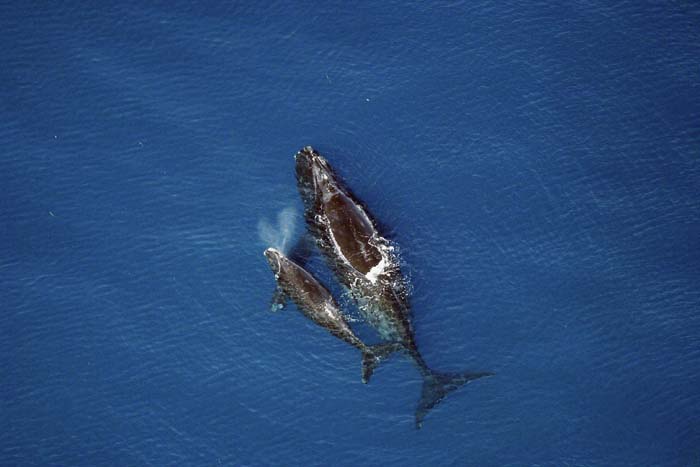 Seismic airgun blasting would add an extra — and overpowering — note in this cacophony. It’s particularly worrisome because the areas oil and gas companies are eyeing for seismic surveying overlap with the only known calving grounds for North Atlantic right whales. There are so few of these whales left that the loss of even one or two individuals can have species-wide repercussions, Biedron said.

From sea turtles to scallops, scores of studies make it clear that seismic surveying can harm more than just whales. Biedron explained that the explosions can rupture fish swim bladders — organs that are essential for balance and movement — and ruin fish and crab eggs. Scallops, which support one of the most valuable fisheries in the U.S., can be killed or deformed by seismic airgun detonations when they’re in their larval stage.

When fish suffer, fishermen do too. Studies have shown that fish flee from the roar of seismic surveying, with accompanying drops in fishermen’s catch. In the mid- and south-Atlantic, fishing supports around 222,000 jobs and generates $11.8 billion annually. “Both the commercial and recreational fishing industries are extremely concerned because they know that fish use sound to survive,” Biedron said.

Along the entire U.S. Atlantic coast, Oceana data indicates that 1.4 million fishing, tourism and recreation jobs depend on a healthy ocean, generating over $95 billion in GDP each year. Seismic airgun blasting — and the looming risk of offshore drilling and oil spills — is a major threat to the region’s economy. “We’re talking about trading growing, thriving coastal industries, fishing and tourism for a mere drop in the bucket in terms of oil production,” Pyne said.

So it’s not surprising that many Atlantic residents don’t want to sell off their coastline to oil and gas companies. Right now, over 125 East Coast municipalities, 1,200 elected officials and an alliance representing more than 41,000 coastal businesses have officially opposed offshore oil exploration, drilling or both.

6. …And so do scientists

In 2015, 75 top marine scientists sent a letter to President Obama to warn him of the dangers of seismic surveying. They wrote that “the magnitude of the proposed seismic activity is likely to have significant, long-lasting, and widespread impacts on the reproduction and survival of fish and marine mammal populations in the region.” 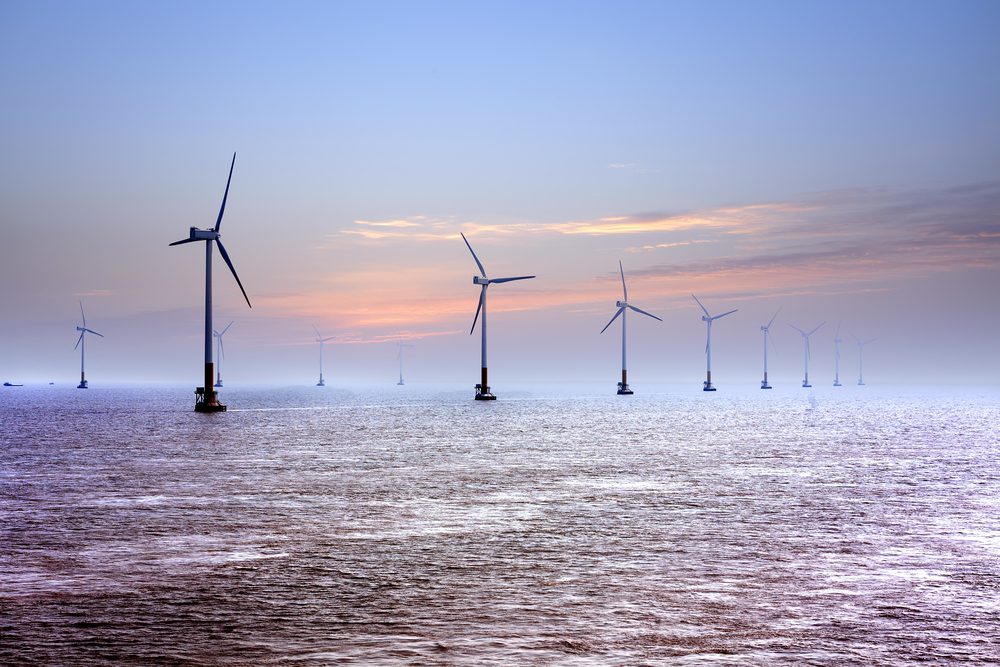 Oil and gas companies argue that offshore drilling creates jobs and bolsters American energy dependence, but these claims aren’t backed up by facts. Even a modest and gradual development of wind off the East Coast over the next 20 years would double the jobs and vastly outstrip the energy generation of offshore oil, according to a 2015 Oceana report. Offshore wind also generates minimal greenhouse gas emissions and comes without the danger of an oil spill.

8. You can help stop seismic airgun blasting — but time is running out

“If you support a healthy ocean economy,” Pyne said, “speak up and to make your voice heard before the public comment period is over.”

Oceana is currently fighting the seismic airgun permits through administrative channels, and the team needs signatures on its petition to support their case. Biedron and Pyne also encouraged ocean advocates to write and call their representatives to oppose both seismic surveying and future offshore oil development.

“It’s possible that ships could be on the water within days of the permits being approved,” Biedron said. “People need to write, call and tweet their members of congress. Right now, time is really of the essence.”