And The Award Goes To… 8 Superlative Sharks

If sharks went to high school, we have a pretty good idea what each would be known for. In every class, there’s always an epic gossip, a great athlete, or in the thresher shark’s case, a champion chef really able to “whip” up a meal with its tail. This Shark Week, let’s recognize sharks for being more than just mindless eaters. Sharks have accomplished some impressive feats below the waves, and it’s about time we give credit where it’s due. 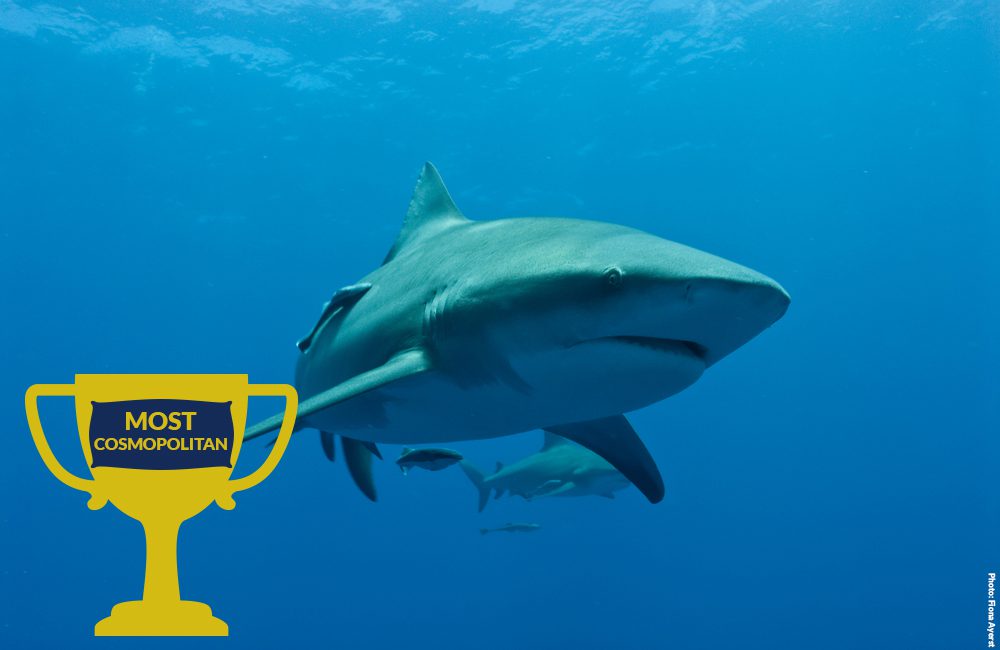 Bull sharks can live in coastal areas in just about any place in the world, save the chilly waters of the Arctic and Antarctica. These sharks’ unique ability to thrive in both saltwater and freshwater habitats allows them to seamlessly navigate from the open ocean to shallow estuaries and rivers. “Super kidneys” able to remove a compound called urea from the shark’s bloodstream makes survival possible wherever it may go. 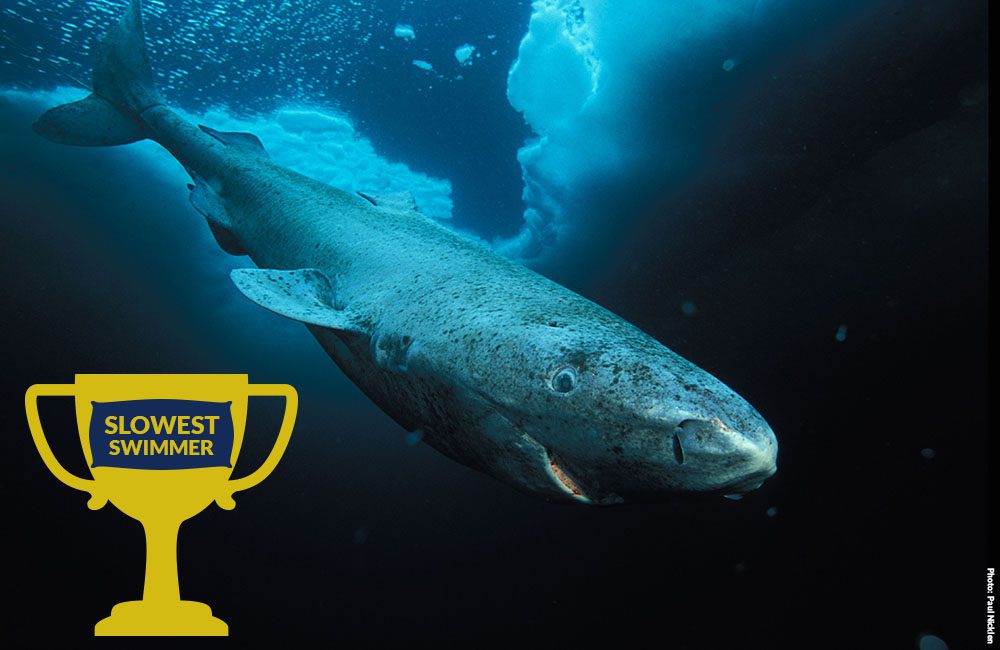 There’s a reason why this shark is also called the sleeper shark. The sluggish Greenland shark coasts through deep, subarctic waters at an average 0.34m per second, which is less than 1 mile per hour. Even though it doesn’t have speed on its side, this shark is an expert hunter likely because of its ability to remain camouflage in the dark waters while sneaking up on unsuspecting seals. 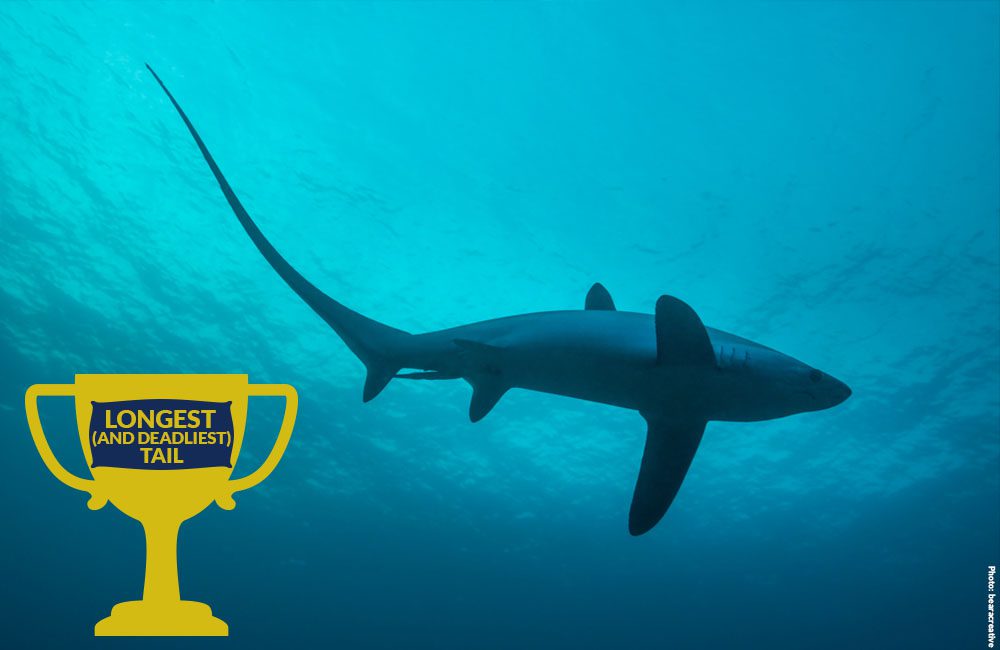 Forget worrying about its teeth. A thresher shark’s sword-like tail can be longer than the rest of its whole body, and brings with it plenty of force. Thresher sharks whip their tails at an extraordinary 30 mph or more through shoals of sardines, slicing through them and eating the tattered scraps as food. 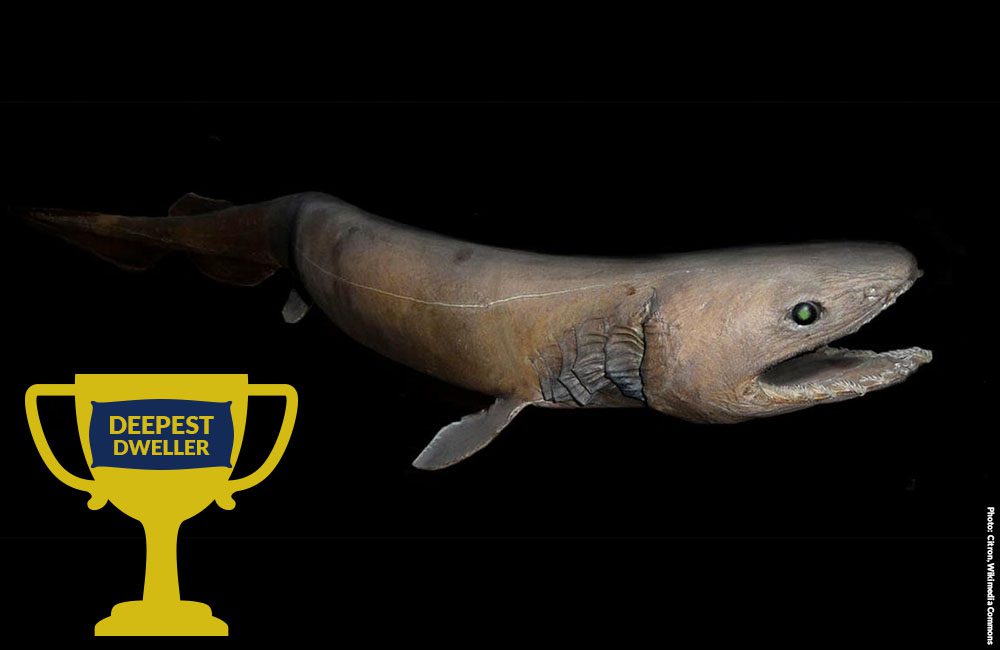 The frilled shark is not one to be afraid of the dark. This eel-like shark lives more than 4,000 feet below the surface and is named for the frilly gill slits on both sides of its body. Scientists still don’t know for certain how this elusive shark feeds, but because its jaws can stretch extremely wide, scientists speculate that frilled sharks can devour prey over one and a half times their body length. 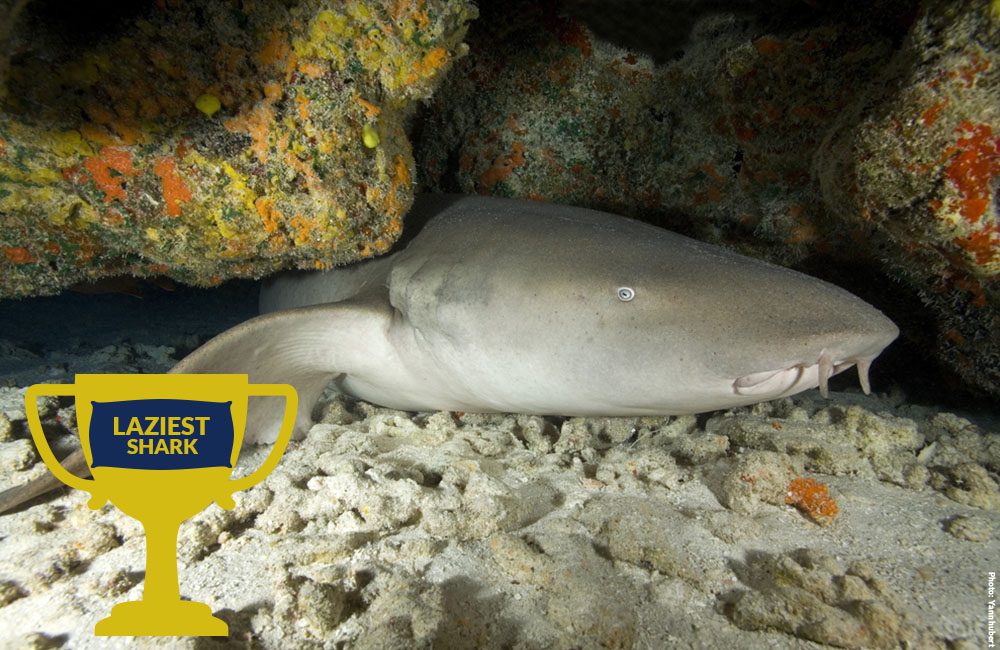 Nurse sharks have the lowest metabolic rate of any other assessed shark species. However this lazy lifestyle is not just an excuse for ‘Netflix and chill.’ Scientists believe their low metabolic rate is a successfully strategy that has allowed for healthy populations of nurse sharks today compared to other species that are struggling in the face of climate change and human activities. 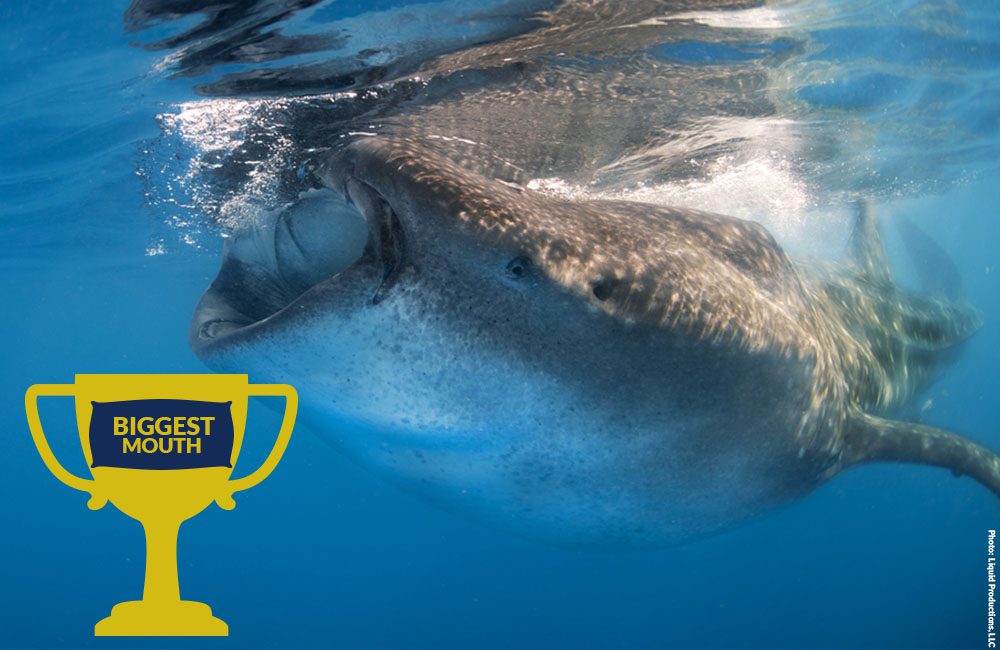 No, we aren’t saying this shark is a gossip. It literally has the largest mouth. Whale sharks, which also happen to be the largest fish in the whole sea, can open their jaws up to 5 feet wide. Their diet, though, is tiny in comparison. Whale sharks feed on some of the smallest ocean organisms—plankton. Whale sharks have roughly 300 rows of tiny teeth in their mouth, but do not use them for feeding. Instead, they use their gills like a whale’s baleen plates to filter water from food. 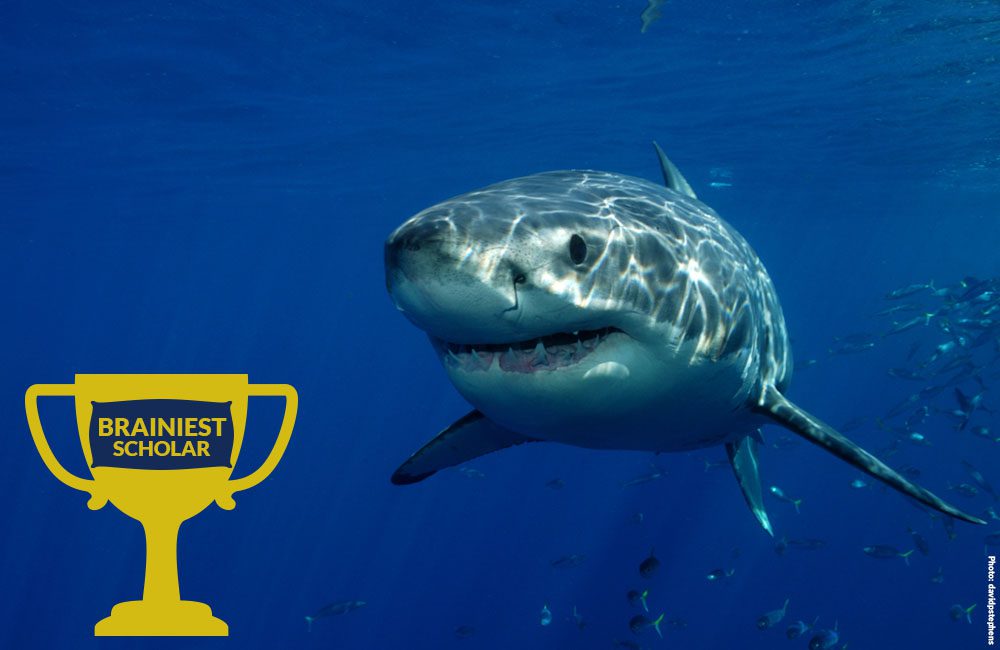 The great white shark is known for many reasons, but did you know this shark has is highly coordinated and intelligent? A whopping 18 percent of its brain is dedicated to smell, which is why sharks can sniff out a drop of blood in gallons of water. 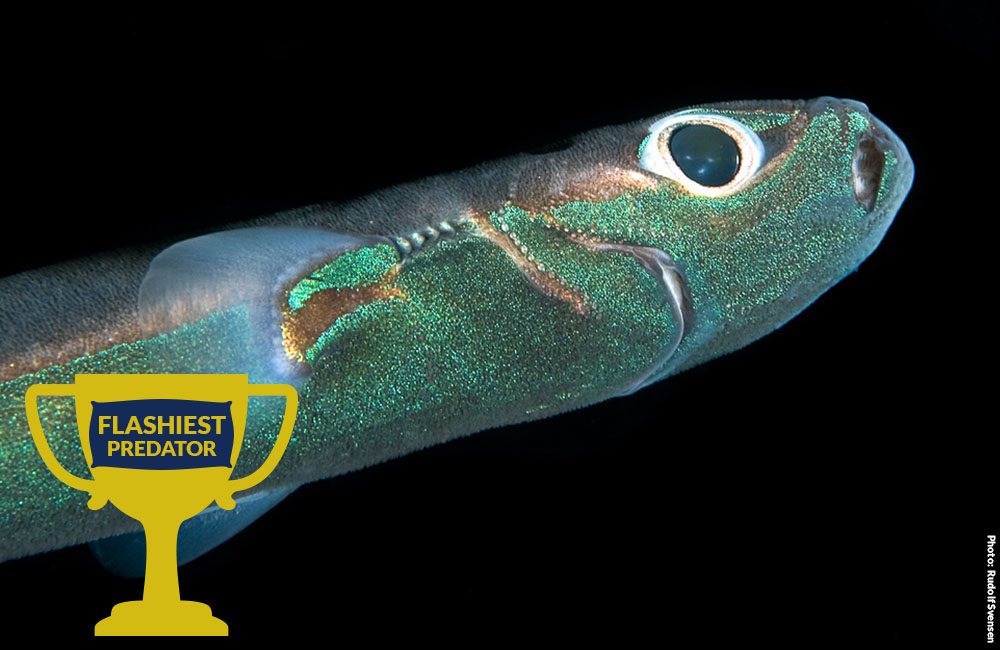 The lanternshark channels the tried-and-true methods of the Jedi when it comes to protecting itself. Their sharp, defensive spines glow like “light sabers” to warn predators that a painful bite is coming. Lanternsharks can also light up their underside and camouflage their silhouettes from predators looking up at them from below.

Oceana is dedicated to protecting sharks in our oceans from the many threats they face, including shark finning. Add your name now and urge Congress to ban the sale and trade of shark fins in the United States and protect millions of sharks from ending up in the global fin trade.

Looking for more sharktivities? Test your shark smarts with our tricky quizzes or tap into your creative side with shark origami!