Arabian Sea sharks may be the most threatened in the world

Sharks, rays and chimaeras are some of the most threatened fish in the world. More than 50 percent of species in the Arabian Sea are at elevated risk of extinction due to coastal development, overfishing, pollution and habitat destruction. According to an expansive new study, spanning more than a dozen countries, species like sawfish are particularly hard hit with extinction or local extirpation.

“Populations have significantly declined,” said Julia Spaet, a postdoctoral researcher at Cambridge University and a coauthor of the new study, published recently in Fish and Fisheries. Unregulated fishing and habitat degradation are largely to blame, she said, exacerbated by limited political will and regional capacity to address the problem. The new study’s conclusions are based on data from fishing markets in countries around the Arabian Sea, including India, Iran, Pakistan, Oman, Yemen, Somalia and Sri Lanka.

David Ebert, director of the Pacific Shark Research Center at Moss Landing Marine Laboratories in California, and another coauthor of the study, added that sharks in the Arabian Sea area are particularly important, because many species only live there.

The new research is part of a larger effort by the International Union for Conservation of Nature to reassess population trends for sharks, rays and chimaeras globally. Regional experts met in February 2017 to review the numbers and species of sharks caught and brought into fish markets in the region.

They found that more than 50 percent of sharks (78 of 153 species in the region) face an elevated risk of extinction, a significantly higher proportion than in other areas of the world with regional assessments. Only the Mediterranean has numbers approaching the Arabian Sea’s.

Sawfish, which are actually rays, giant guitarfish and hammerheads are some of the species in the worst trouble.

Ebert said sawfish are threatened by a combination of incidental fishing and development in the coastal mangrove areas where they live. Development destroys their habitat and degrades it through pollution and increased noise. The rays are also particularly susceptible to tangling in nets intended for other species, because their snouts are prickly, long rostrums, which can easily snag. Once caught, Ebert said, sawfish are prized for their fins, which fishermen cut off and sell to the shark fin market.

“The fins are very valuable,” Ebert said, adding that while fishing boats don’t necessarily target sawfish, they may refocus their efforts on landing more if they find an abundant area.

Shaili Johri, a marine biology researcher at San Diego State University in California who was not involved in the study, said that species like sawfish, which live in shallower waters, are often the most heavily exploited by fishing communities as they are easier to catch. 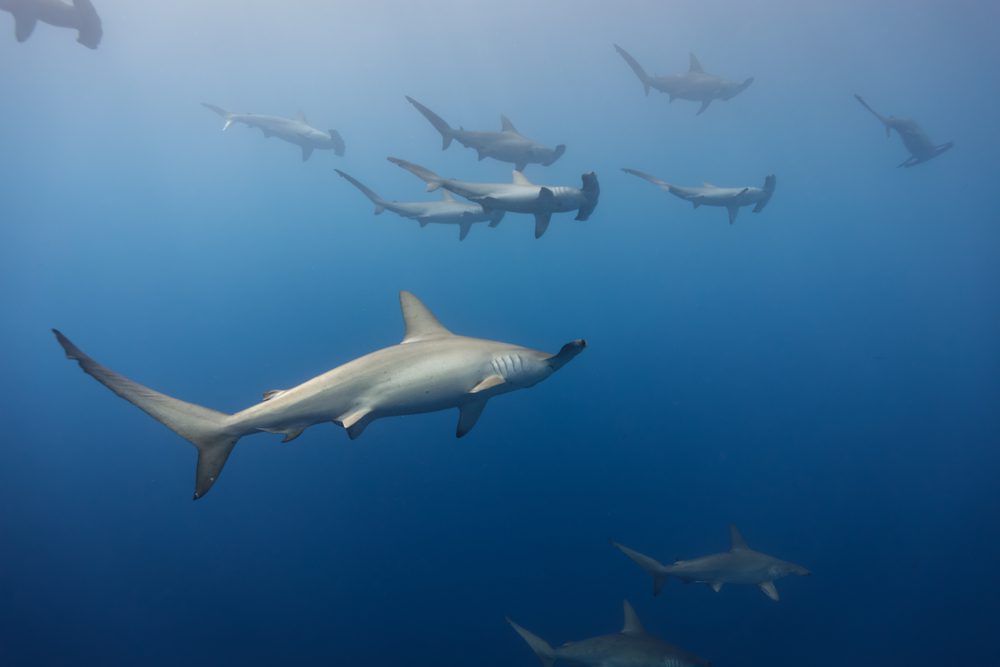 While Elbert doesn’t like to throw around the word “extinct,” nobody’s seen the Pondicherry shark for about four decades, he said. The tentacled butterfly ray and Red Sea torpedo ray are elusive too, each evading scientists for decades in some part of their former range.

But Ebert stresses that it’s possible some are still out there. Monitoring of sharks, rays and chimaeras is so poor around the Arabian Sea that it’s hard to be sure. Scientists thought some chimaeras, like sicklefin ghost sharks, were rare, until they started turning up in recent records. Torpedo rays range into politically-unstable and dangerous areas, which makes them hard to consistently monitor. The new study’s lead author, Rima Jabado, founder and lead scientist of the Gulf Elasmo Project – a shark research and conservation organization in the United Arab Emirates  –  recently described the first specimen of the Ganges shark seen in a decade, in a separate study published in The Journal of Fish Biology. But Ganges sharks look a lot like bull sharks, so they could have been around and mistaken for bulls all this time.

Improving local knowledge is key to understanding the local trends. In some areas, markets only record whether catches are sharks or rays, without specifying the species. Elbert said better identification guides for the local agents who monitor these markets is critical. 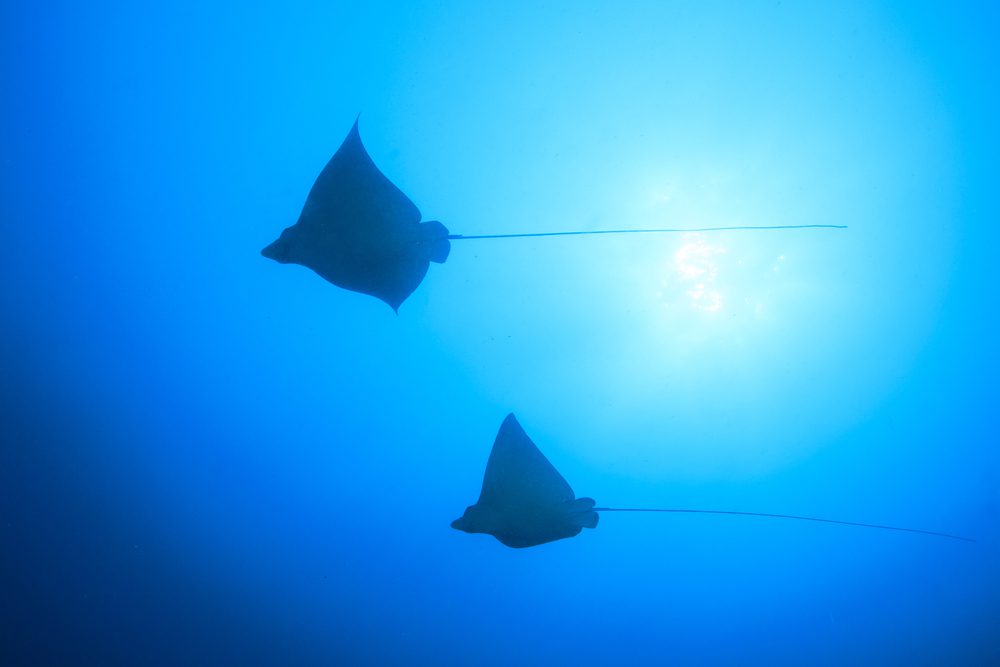 Not all species are doing badly. Kitefin sharks, finback catsharks and ground sharks are among a handful of least threatened species, according to the study. But overall, Johri said, this new study highlights “the need for urgent and increased conservation efforts in the Arabian Seas region, an area with the highest density of threatened shark and ray species.”

She hopes more conservation effort is focused on the region. Today, it’s relatively overlooked, she said, considering the grave extinction threat in the area. With weak enforcement and oversight, overfishing runs rampant, and fishing fleets are turning to desperate measures, she said, like attaching huge nets to dozens of boats and driving at high speeds through whole areas, so virtually nothing can escape.

“They catch everything in there, and they separate it out at the shore and sell it,” she said.

If these practices and other indiscriminate methods continue, the situation will worsen both for conservation and fishing. “If we keep doing this, we are not only jeopardizing these species,” Johri said,
“but they are also jeopardizing their own trade.” 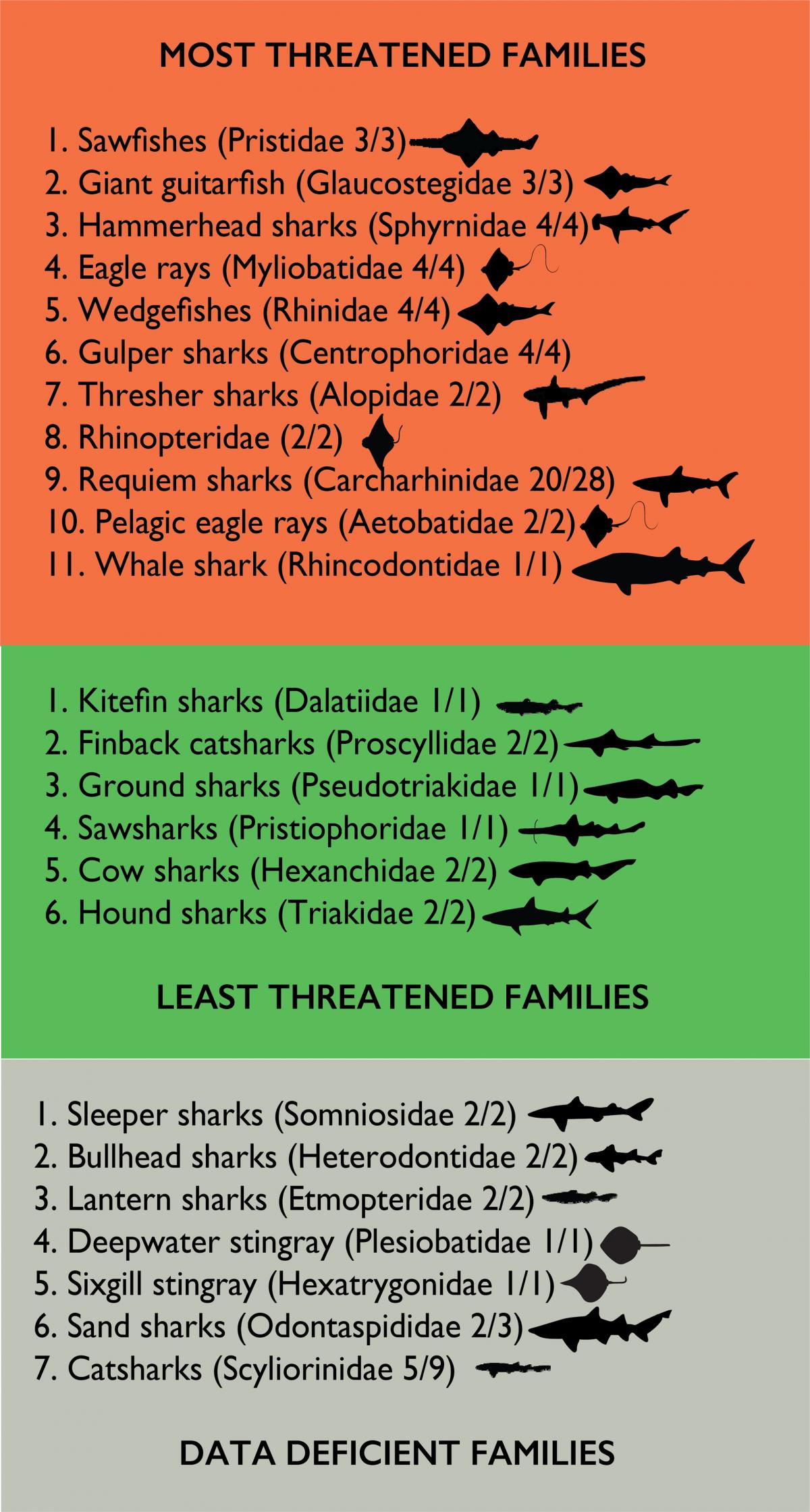