Are You Smarter than a Trout?

Maybe it’s their flat eyes. Or their expressionless mugs. But for whatever the reason, fish have long had a reputation for being empty-headed. In recent years, however, we’ve learned that our finny friends can achieve cognitive feats we once thought were limited to big-brained critters like primates, elephants and crows. Below, learn about four clever fish that redefine the meaning of a ‘goldfish memory.’ 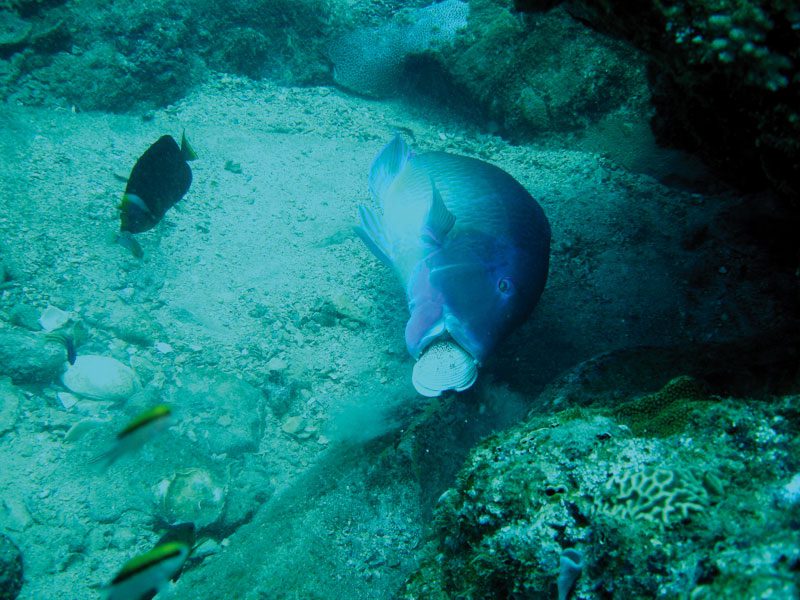 The blackspot tuskfish doesn’t have hands, but that doesn’t stop it from using tools like a pro. In 2011, a diver on the Great Barrier Reef spotted one of these brilliant blue and green fish holding a clam in its mouth and whacking it against a rock to crack it open. The photos the diver snapped are likely the first incontrovertible evidence of tool use in wild fish.

There are a handful of examples of tool-using captive fish, though there’s some debate about whether these constitute ‘true’ tool use. In a 2010 study, researchers presented freshwater stingrays with a novel conundrum: Tasty worms and frozen krill stuffed down a pipe long enough that the rays couldn’t vacuum them up with their mouths. The pancake-shaped fish quickly learned they could flush the food out by creating water currents with their fins. And a 2014 experiment showed that Atlantic cod could figure out how to use a button-like tag implanted in their backs to pull a food-delivery lever. Fish, it seems, can be marine MacGyvers when there’s food on the line. 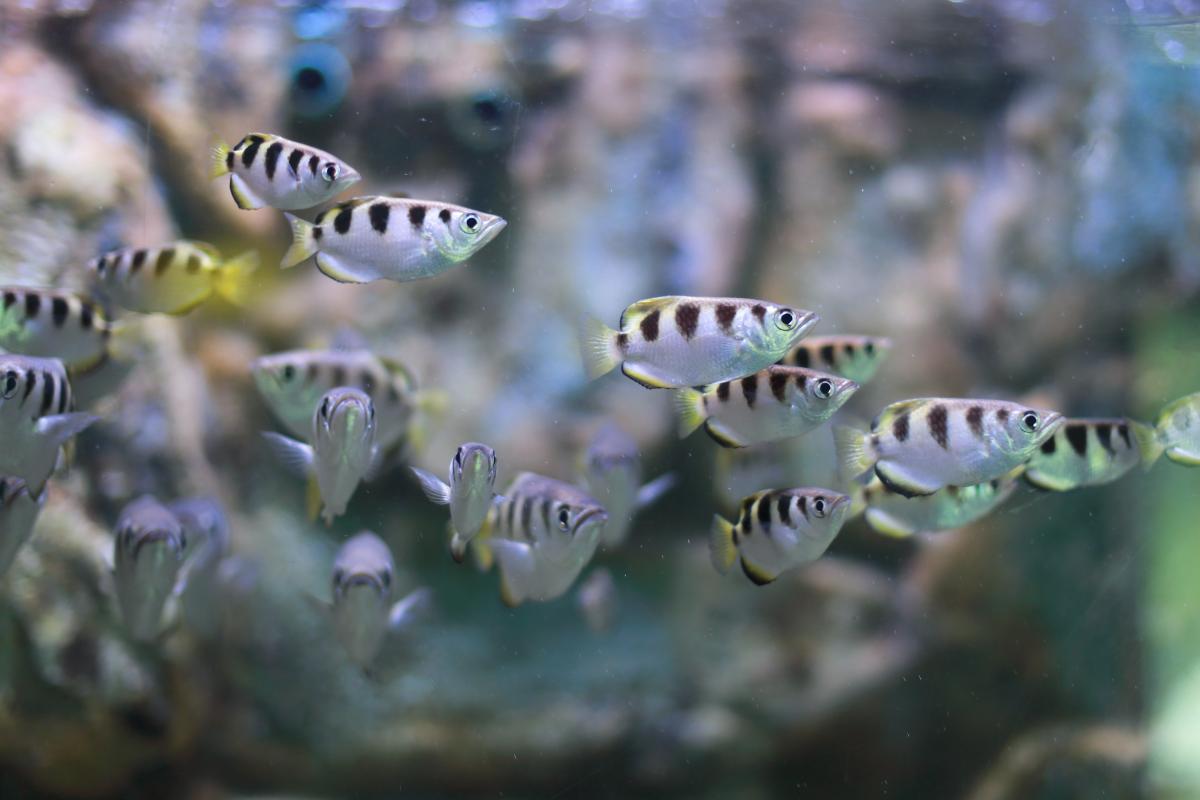 Humans are great at recognizing each other’s faces. But each one of us has a lifetime of practice doing this, and our brains have millions of years’ worth of evolutionary help — we may even have a specialized region in our brains, the fusiform gyrus, that aids in this task. Archerfish don’t have any of these aids. Yet a 2016 study found that these 10-centimeter (4-inch) freshwater fish are pretty impressive when it comes to recognizing faces.

In the experiment, archerfish were trained to spit a jet of water at one of two pictures of human faces. Then, the fish were trained to pick out only the face that they had seen before. The fish could recognize the familiar face even when pitted against 44 novel ones. This suggests that the tiny-brained archerfish has a highly tuned pattern recognition system — and that it can leverage its pipsqueak mind for a task it would never encounter in the wild. 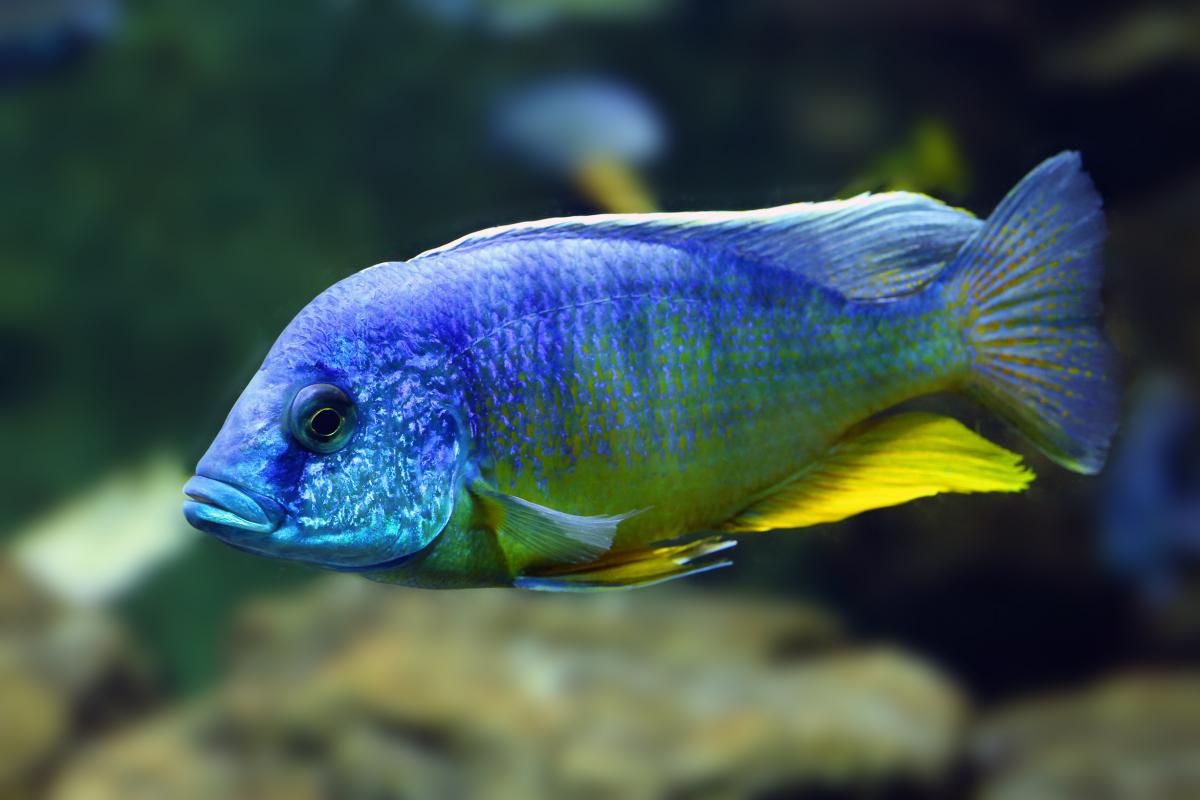 Step aside, Watson, Sherlock Holmes has a new partner: Astatotilapia burtoni, a type of African cichlid. Males of this species use deductive reasoning to figure out which of their potential rivals it’s safe to pick a fight with.

In a 2007 experiment, five male cichlids were arranged in clear tanks around a central ‘bystander’ male. Male B was plopped into Male A’s tank for a fight, Male C into Male B’s tank, and so on. Because cichlids are territorial, the intruder male always lost to the rival who was defending his home turf — letting the researchers set up an artificial dominance hierarchy with Male A at the top and Male E at the bottom.

The bystander spent far more time swimming on the end of the compartment next to E or D — even though he had no direct evidence that they were ‘safer’ than A or B. Through a type of logical reasoning called transitive inference, the bystander was able to deduce his neighbors’ rank in the pecking order. This may seem like a simple task. After all, if Mary is taller than John, and John is taller than Jane, it’s easy to figure out that Mary is also taller than Jane. But in humans, this type of reasoning is so complex it only starts to appear around age four or five. 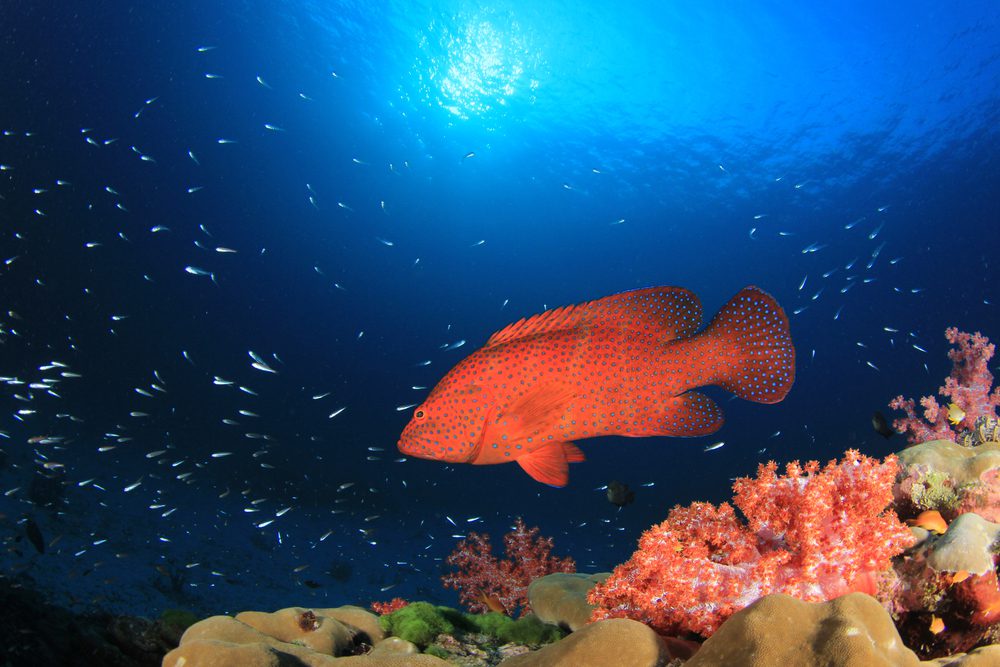 Coral trout love dining on small reef fish — but when their prey escapes into tiny crevices in rocks or corals, this vibrant red predator is out of meal. Most other fish would give up, but the trout has an unusual trick: It finds a moray eel and shimmies its body or shakes its head in an exaggerated way. This is fish-talk for “let’s go hunting.”

The moray follows the trout — actually a species of grouper — to their dinner’s hiding place. The long, sinuous moray wriggles into the crevice to flush out the fish, which the coral trout kills. The moray benefits from having easy access to its partner’s leftovers.

It’s a clever maneuver, but is it just an instinctive reaction? As a 2014 study found, there appears to be a fair deal of conscious choice involved. The hungry trout only recruited a moray partner when its prey was hiding, for example, not when the prey was out in the open and easily caught. The trout also learned which of the morays were the most helpful partners, and consistently returned to them.

This puts coral trout in highfalutin company. So far, the only other animals we know of that recruit help for a task — and choose the correct partner to ask — are chimpanzees and humans. As with archerfish, cichlids and tuskfish, this suggests that there’s a lot more going on the itty-bitty minds of fish than us humans give them credit for.