Chef Jennie Staines has pioneered the use of sustainable seafood in Belize’s dining scene. She’s the head chef at Elvi’s Kitchen in San Pedro on Ambergris Caye, the country’s largest island and a major tourist destination. In addition to carrying on a family business that started in her childhood home, Staines has been a tireless advocate for reforming fishing-related laws and education in Belize. We recently spoke with the chef about her sustainable crab claw project, the best way to cook invasive lionfish and why she cares about buying and serving responsible seafood.

What’s your earliest memory of cooking? 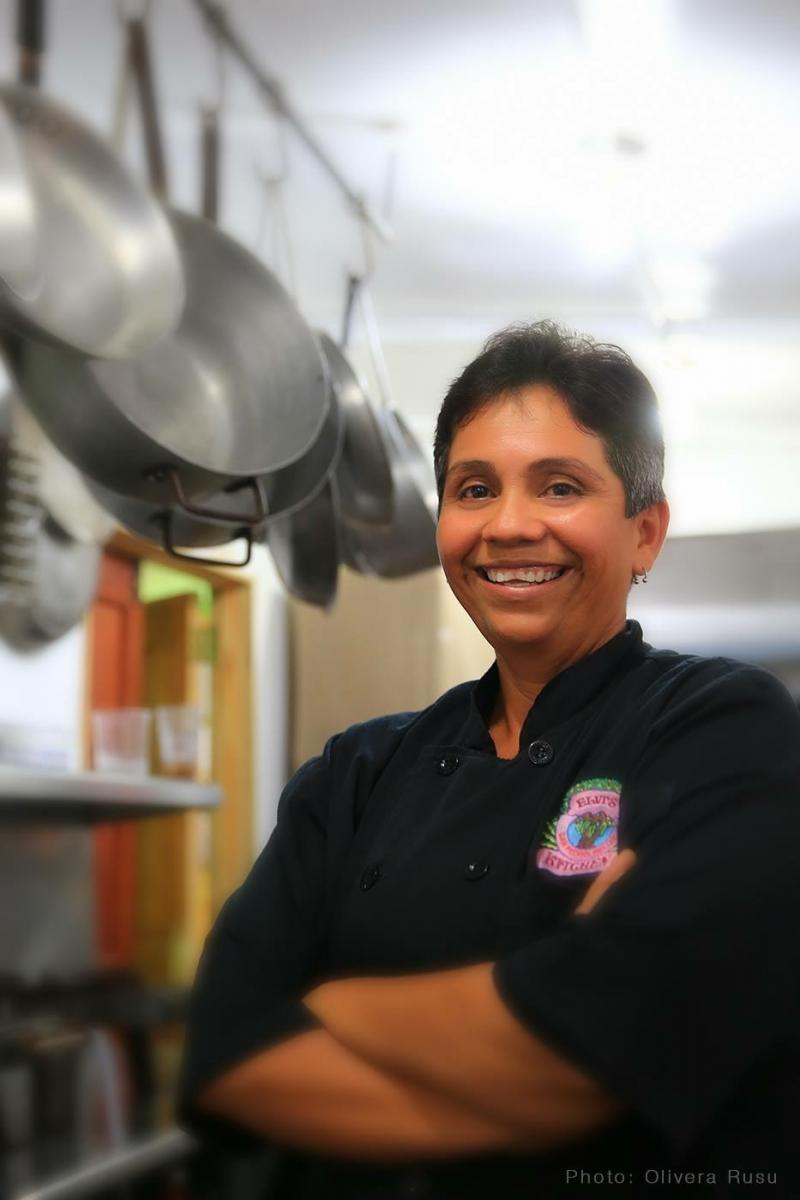 My earliest memory of cooking is working with my mom, Elvi, making tamales. She used to make tamales and bake bread. She would sell her food to about 30 houses and a few other little places.

San Pedro is the only town on Ambergris Caye. How has it changed since you were young?

San Pedro started as a small fishing village. We had the first hotel in the 70s, and from there the island has been growing bigger ever since. But I think San Pedro has grown in a good way — it has grown gracefully. It has become a place where people come to find job opportunities and to start families. In other parts of Belize, it’s a struggle.

Describe your style of cooking.

I try to showcase Belize in all my dishes. Every time I cook, I try to put in that island flair, and then I mix it with my mom’s heritage of Mestizo and Mayan culture.

In Belize, you were one of the first chefs to put responsibly caught fish and shellfish on the menu. How did you learn about sustainable seafood?

I learned because I love my island. Sustainable seafood is one of the biggest things for me. Here in Belize, most restaurant managers, sous-chefs or executive chefs are foreigners. In San Pedro, I’m one of the only chefs that is Belizean.

When the fishermen ask me: How do I know the fish? I tell them I was born here and I can recognize fish just by looking at them. By looking at the skin on the back of the fish you can know exactly if it’s snapper or grouper or something else.

So, that’s where I started: I called the Fisheries Department day in, day out. I told them that the fishermen need to do some kind of identification for the coral reef fish. Now it’s a law to leave a piece of the skin so you can identify the fish when you buy it.

Why is unsustainable fishing a problem in Belize?

Some people go fishing and diving, and just kill everything on sight. As of today, when you receive fish in bulk, they still give you parrotfish and triggerfish. These fish are the reef cleaners — the reef needs them to survive. And parrotfish is not even tasty. When you grill it, it gets hard like a rock.

People are ignorant about the laws. I really feel that the people in the little fishing villages don’t have a clue about what is illegal. When they get their fishing license, they just get it — they are not taught what the rules are. 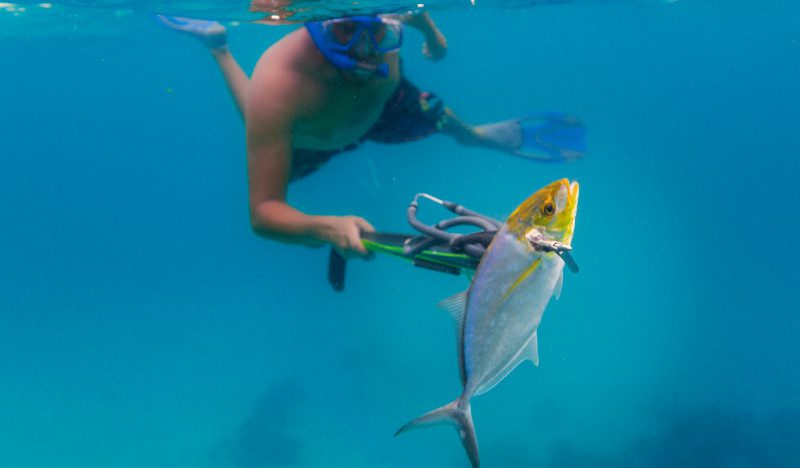 How do you source fish for the restaurant?

For the past 10 years, I have been working with fishermen and teaching them which fish are sustainable. We’ve bought from at least six to eight boats through the years. I just have two suppliers that are based here in San Pedro. All the rest come from a village called Sarteneja, near Belize City.

Right now, the project that I have created on my own is for crab claws. We have so much crab in this area, but it’s not being fished properly. I’ve been working with three families from Caye Caulker and we’re trying to make the best of fishing crab sustainably. When the crab goes into the trap, the fisherman takes off the biggest claw. And then the crab is thrown back in the water, and the claw grows back. Before, the crab was killed.

We are doing great stuff with those crab claws at Elvi’s, and now three families have a good income because crab claw has a good price: $20 Belize (USD $10) a pound. For Belize, it’s pricey. 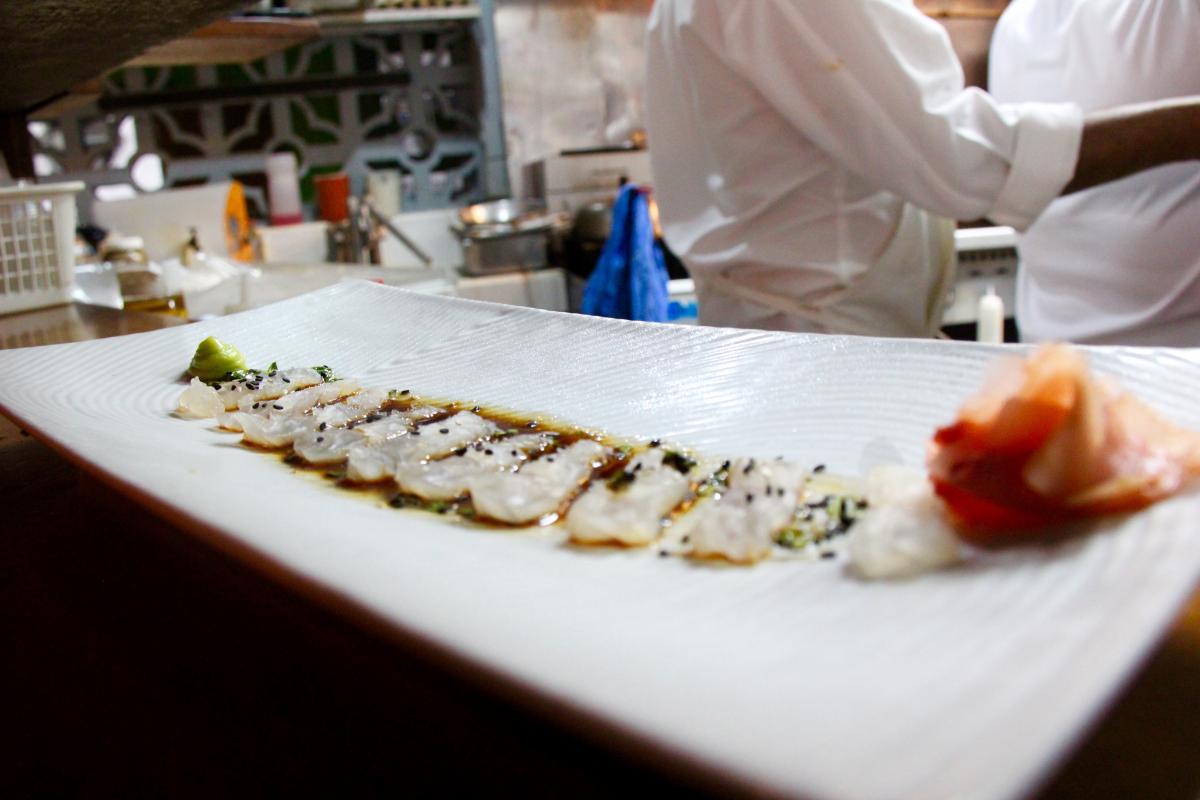 Invasive Asian lionfish are a major concern for Belize’s reefs. These fish have no natural predators in the Caribbean, but they are voracious eaters of native fish. How is Ambergris Caye handling its lionfish problem?

Lionfish are the concern of every fisherman, every diver in San Pedro and I think the whole of Belize.

But there is good news. Right now, we are encouraging people to eat more lionfish. We’ve been fishing them, we’ve been having lionfish tournaments, and people have been buying it. My friend who is a dive master said that when you dive in front of the island, you don’t see them anymore. It works, believe me, it works.

It’s such a good fish to eat. It’s not fishy. It’s not fatty.  And the meat is white, white, white. It’s great to eat as sashimi, or even better as ceviche — because that’s more Belizean.

You’re one of the pilot partners for the Fish Right, Eat Right campaign, a certification program that aims to get restaurants, hotels and fishermen to catch and source sustainable seafood. What is the biggest change Belize can make to encourage responsible fishing practices?

We need to take it to the schools too. Here on San Pedro and all the different islands, people start fishing from the age of 12. You need to teach the kids which fish is supposed to be caught, and during what season.