Can this California Fisherman Build the Perfect Net?

In the early hours of the morning, Pennisi often stays up studying underwater footage of rockfish or sole that he’s filmed by anchoring GoPro cameras to his fishing net. To the chagrin of his three kids, these videos have taken over as breakfast entertainment at his family’s Chico, California home. Pennisi, a third-generation fisherman, explained this choice with a bit of classic dad reasoning: “You can’t have a meal without a movie!”

There’s a good reason for these fish film marathons. The GoPro footage lets Pennisi fine-tune his custom trawl net, a mesh contraption with a funhouse of chambers and bends that catch the fish he’s after and let non-target animals go free. This invention helps him comply with federal fishing rules, go easier on the environment and support a thriving business. With the future of many West Coast fisheries in question, Pennisi’s work may show a promising path forward.

In Pennisi’s case, necessity has been the mother of invention. In the early 2000s, the U.S. West Coast fishery for groundfish — a diverse group of species that live on or near the seafloor — collapsed after years of relentless exploitation. 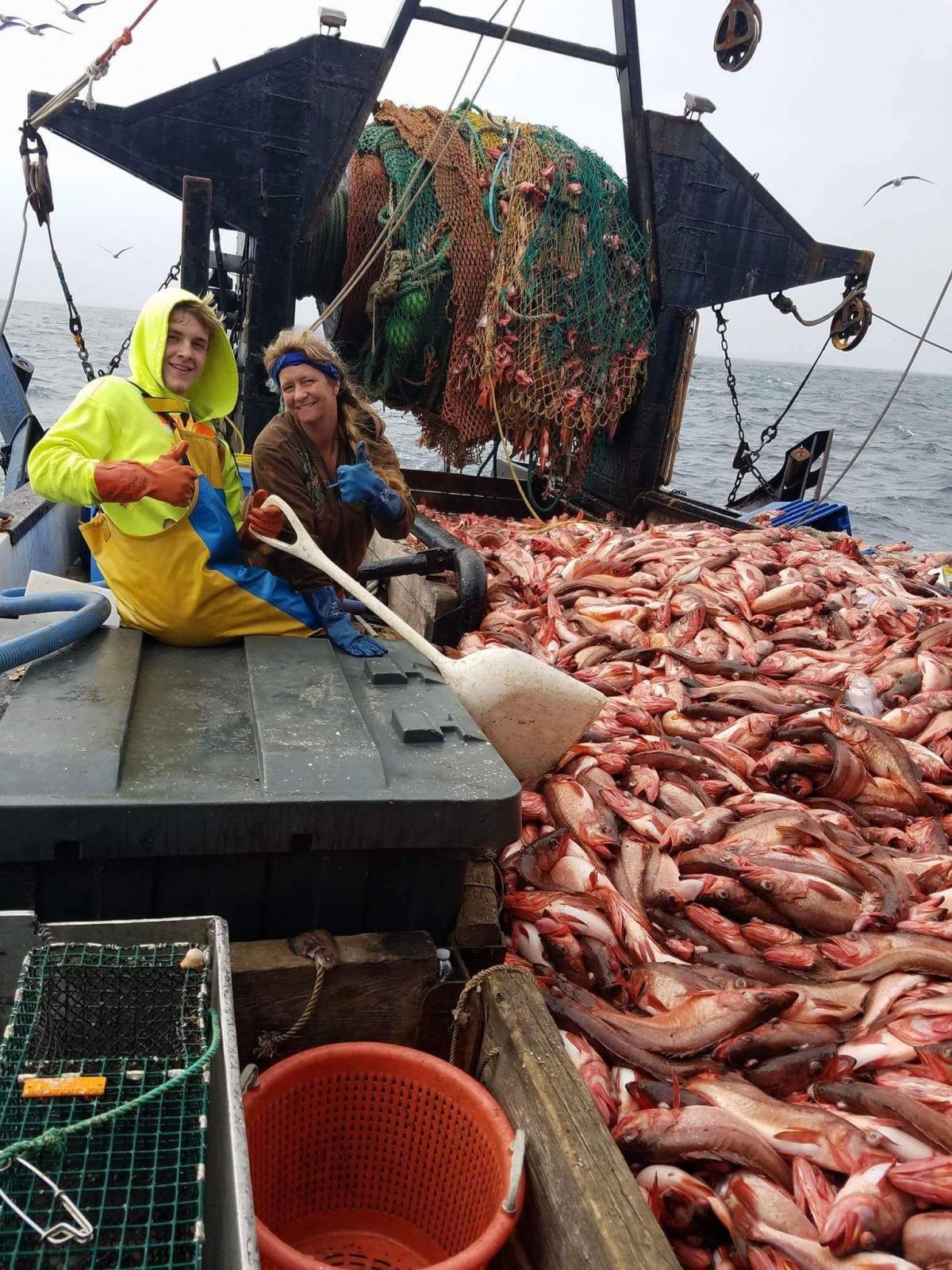 As it became clear that nine groundfish species were overfished, the federal government established strict rules to rebuild their numbers. These regulations, coupled with federal buyouts and agreements between fishers and environmental groups, ultimately shrunk the groundfish industry by more than half, from 350 to 150 boats.

This has been good news for fish like petrale sole, boccacio rockfish and lingcod, which had plunged to historic lows by 2000 but have since recovered under better management. However, for fishermen like Pennisi, now the only remaining groundfish trawler to operate out of San Francisco, the new rules eroded their bottom lines.

Some of the more costly regulations have stemmed from the need to slash bycatch, the unintended capture of non-target fish and other animals. On-board observers, which are mandatory on all groundfish boats, make sure that fishers aren’t catching too many immature fish or overfished species. They also keep tallies of how many sharks, rays and other vulnerable animals are caught and discarded. These observers are expensive, Pennisi said, at up to $3,000 per trip. And if a fisherman goes over his limit for, say, cowcod rockfish — a species previously overfished and now in recovery — he could risk heavy fines or other penalties.

The challenge with targeting specific groundfish is that they all congregate in similar habitats. Overfished or naturally rare species freely mix with their more abundant counterparts. As a result, pursuing one species of groundfish but not another has traditionally been as tough as trying to color-sort objects with a blindfold on.

As Pennisi explained, the advent of tough, affordable cameras like GoPros were a key to solving the bycatch puzzle. After “blowing up” a few devices and struggling to get the right footage, Pennisi and his daughter Nina, who was 11 at the time, hit on a solution. They crafted a scrap metal hydrofoil that let the camera “swim” in just the right spot to see what was going on the moment a fish met his net.

After analyzing hours of footage of fish-net interactions, Pennisi discovered that though groundfish share their habitat, their “personalities” differ depending on age and species. Rockfish, for example, can be herded with lights affixed to the net. Flatfish are weak swimmers — “they’re almost like butterflies,” Pennisi said — and need special accommodations to help the little ones escape.

Because baby fish gravitate downwards when they get tired, Pennisi installed a floor of netting that admits them into special “tank” where the flow of current is reduced to almost zero. Once in this shelter, the undersized fish stop fighting the current and start looking for an escape route — which Pennisi has thoughtfully installed. Letting immature fish go free helps ensure they’ll grow up to become the next generation of breeding stock.

As for the big, strong swimmers? They get shunted through tubes, spirals and mushroom-shaped chambers until they reach their final destination at the net’s “cod-end.” 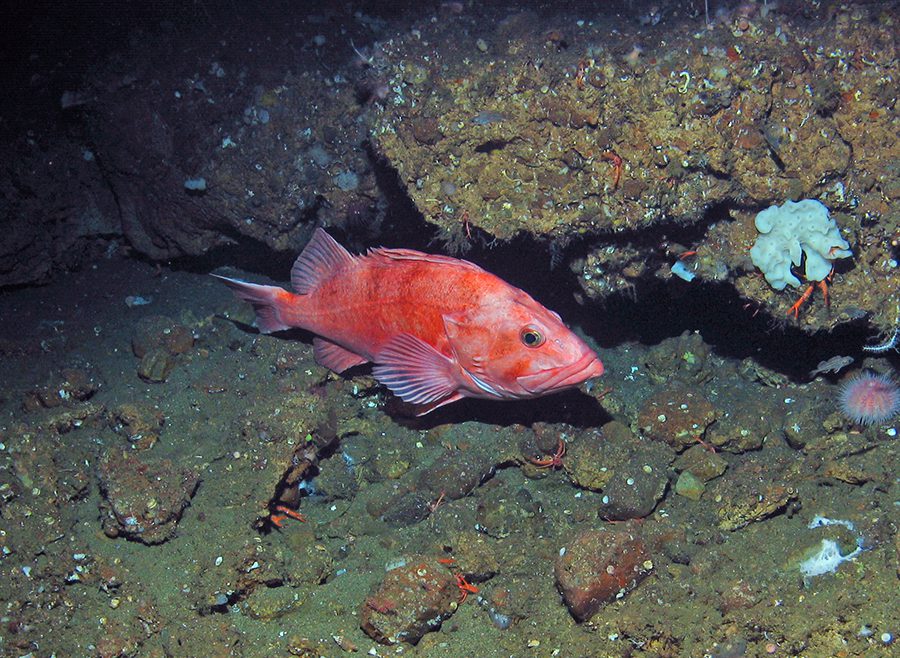 This net, with modular components Pennisi and his crew aboard the F/V Pioneer can swap out depending on what they’re fishing, has paid off in a big way. “He got bycatch from 60 percent down to less than one-half of 1 percent,” said Geoff Shester, Oceana’s California campaign director and senior scientist. “Observers often can’t believe it.”

This mud’s for you

Pennisi’s work has also upended decades of received wisdom about the best way to operate a bottom trawl, a type of fishing net that’s dragged along the seafloor. When Pennisi was a young fisherman working in Alaska, he often hauled up nets weighed down with mud boulders “the size of a Volkswagen bus.” Back then, scooping up thousands of pounds of mud was considered good form. Fishermen even loaded their gear with extra weight to drive it deeper into the seafloor.

This old-school approach to trawling rips up corals, sponges and beds of bivalves and other invertebrates — the habitat-building creatures that help create rich fishing grounds. It also makes for inferior seafood. “Mud’s the worst thing you can ever have in your net because it ruins your fish,” Pennisi said, calling it “the equivalent of taking your dinner, smearing it in the dirt and then cooking it.”

The fish footage persuaded Pennisi to change his ways. He explained that because fish are so sensitive to vibration, the mere presence of the moving gear is often more than enough to startle them up and into the net. He tightened the slack in his net and lightened the gear overall. This modified gear skims the seafloor instead of chewing through it — helping Pennisi protect habitat and catch fish he can sell for a premium.

He is now working with local California State University scientists to study how the seafloor impacts of this modified setup compare to traditional gear.  Shester said that while there are still big conservation concerns about bottom trawling in California “it’s encouraging to see fishermen like Pennisi seeking solutions.”

Pennisi’s innovations are just one part of his efforts to revive the groundfish fishery off the state’s central coast. Because many seafood processing facilities were shuttered after the groundfish crash, Pennisi has transformed the F/V Pioneer into a “floating fish market” that lets him store his catch and fill orders without touching dry land. And frustrated that locals can’t find local seafood — much of the groundfish catch is exported to China — he’s lobbying the San Francisco city government to let him sell fish to the public straight from his boat.

For Shester, Pennisi’s work is a model for the future. “This shows what you can do with the right incentives and motivated fishermen,” Shester said. “If he can do it, why can’t we ask the rest of the fleet to do it?”