Can an Eco-Friendly Cod Trap Revive a 500-Year-Old Fishing Community?

Growing up on Fogo Island, surrounded by puffins and passing icebergs, cod was a way of life for Aubrey Payne — along with his parents and 14 siblings. “Here, if you’d have fish for dinner the only thing we ever knew was cod,” Payne recalled. While salmon or herring sometimes put in a showing, cod was king. “We didn’t know there was such thing as turbot, halibut, redfish, catfish or any other kind of species. We never fished that.”

Cod was the economic and cultural bedrock of Newfoundland’s isolated ‘outport’ villages for more than 500 years. That bedrock began to crumble in the mid-1980s after years of industrial overfishing and poor management decisions. By 1992 the Northern cod fishery had collapsed, and the Canadian government instituted a near-total moratorium that’s still in place today.  Even though the moratorium is 25 years old, Northern cod, like many depleted fish species in Canada, do not yet have a rebuilding plan.

But there’s good news too: Early signs show cod are slowly returning. Thirty-five years ago, Payne said, he could net only about 10 fish every 24 hours. Now, he estimates that the same net could catch 1,000 cod in just two hours. “Our codfish is back to the point now that it interrupts us from doing other fisheries because of the bycatch,” he said.

With many Canadians anticipating the reopening of commercial cod fishing, Payne and others are hoping that a novel kind of fish trap can help Newfoundland avoid the mistakes of the past.

Fogo Island, a patch of land on the western coast of Newfoundland, is home to 2,300 people and 350 caribou — not to mention the snow crab, cold water shrimp, halibut and herring that proliferate off its shores. Payne has fished these waters for 45 years. He’s sat on the board of the island’s fishing cooperative for almost 20 years. And for the past several years, he’s been part of an experiment with cod pots, a little-used alternative to fishing lines and nets. 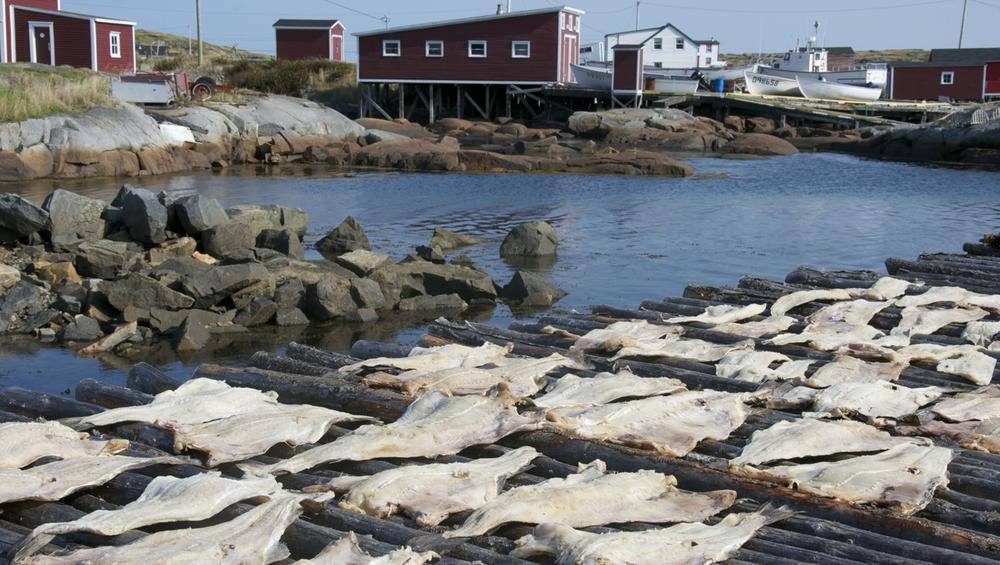 Cod pots — made of lightweight metal frames encased in nylon mesh — lure their targets in through small openings in the netting. As shown in underwater videos captured by Brett Favaro, a researcher at the Memorial University of Newfoundland, the pot’s residents have a hard time finding their way out again. These traps can keep their catch alive and well-fed on bait for several days.

This is in sharp contrast to gillnets, one of the main ways cod are caught on Fogo and throughout Newfoundland. These monofilament nets — which entangle fish by their gills, hence the name — can catch big quantities of cod but sacrifice quality.

Gordon Slade, the chairman of Fogo Island’s Shorefast Foundation, explained that fish landed in gillnets slowly begin to die as soon as they’re caught. If bad weather prevents a fisher from retrieving the net right away, the dead fish start to rot. And because they’re not bled immediately after being killed, a gillnet cod can taste bloody. Industrial processors sometimes bathe cod in ammonia to mask the flavors of blood and old fish.

Gillnets make for a mushy, inferior product. The lowest grade of net-caught cod goes for as low as CA$ 0.20 a pound, Payne said, with the average being around CA$ 0.50 or 0.60 per pound.

By comparison, cod pot fish are kept alive until they’re hauled onto deck, and are immediately chilled in seawater after being bled. These fresh, unblemished fillets fetch a premium at market. In 2016, a local Fogo cooperative bought cod landed in pots for CA$1.45 a pound — more than double the highest price for net-caught cod. And buyers are loving it.

“People — let’s say the restaurants and the chefs and so on — are paying more attention to the fish that they’re getting on their table,” Slade said. “There’s a real revival in the sense of how quality is looked at now today in the province as opposed to 10 years ago. The cod pot is part of that renaissance.”

Cod is in the details

Pots have a slew of benefits beyond producing higher-quality cod. Because pots rest gently on the seafloor, they don’t destroy delicate bottom habitats. There’s little to no accidental catch of non-target animals in the pots. And unlike gillnets, which can rip free of their anchors and “ghost fish” for decades — snagging commercially valuable fish and drowning seabirds and whales — the pots stay put. 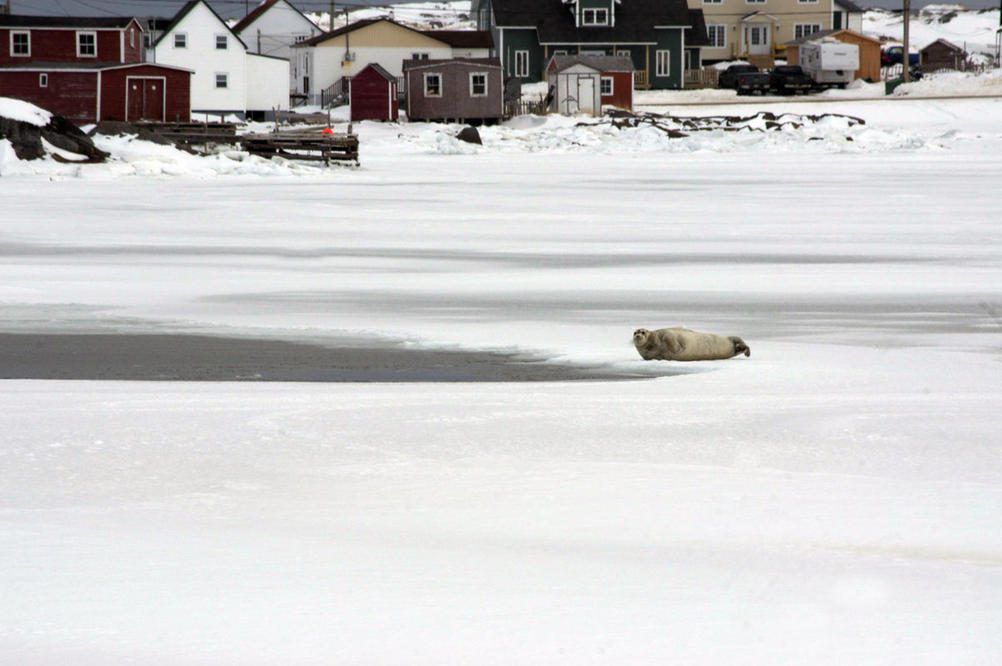 According to Favaro, a fisher can catch his or her full weekly quota in one day with just 25 pots (and yes, there are female fishers on Fogo, including Payne’s wife Marie). Cod pots save big on gasoline costs, and free up fishers to pursue other work.

The main reason more fishers aren’t using cod pots is money. At around CA$ 1,000 per piece, the pots are far more expensive than gillnets. Only about six or seven out of around 100 fishers on Fogo are using cod pots right now — the only people in all of Newfoundland to be doing so. These fishers did not foot their own bill. The Shorefast Foundation, sensing the chance to promote its mission of local marine stewardship, paid for the trial pots.

According to Payne, there’s a waiting list of at least 60 fishers for the next round of cod pots. The hope is that this experiment will be adopted by Newfoundland and eventually the rest of the fishing world, with Fogo serving as a center for expertise and manufacturing.

Favaro explained that the common-sense economics of cod pots — catching fewer, more valuable fish for less effort —could be a game-changer for the region’s flagging outport settlements. “If we can get this right, it can actually be good for a lot of people,” he said. “It has a conservation focus. It has an industry focus. It’s one of these rare projects that’s a win-win.”