Can we figure out what’s killing these rare whales in time to save them?

A series of unsolved disappearances plague a canyon 60 miles south of Pensacola, Florida. A big, outgoing family turned into reclusive homebodies, and now they’re vanishing without a trace. It sounds like the set-up for a crime drama, but it’s the reality facing a critically endangered whale.

Gulf of Mexico Bryde’s (pronounced BROO-dus) whales stretch 50 feet long and weigh 45 tons. Despite their size, they’ve managed to fly under the radar. “They’re really special, but hardly anyone knows about them,” said Francine Kershaw, a Natural Resources Defense Council scientist who works to protect these whales. “They need a PR campaign.”

The gulf’s filter-feeding behemoths, which live in the S-shaped DeSoto Canyon, are one of the rarest species or subspecies of whale on earth. As of 2015, there were only around 33 left. With extinction looming, scientists are trying to find — and stop — what’s killing the Gulf of Mexico Bryde’s family.

This group of Bryde’s are the only resident baleen whales in the Gulf of Mexico. Though we’ve known they were there for centuries, we rarely paid attention to them. Their obscurity came with an advantage: Unlike the region’s sperm whales, Gulf of Mexico Bryde’s whales were never hunted on an industrial scale. 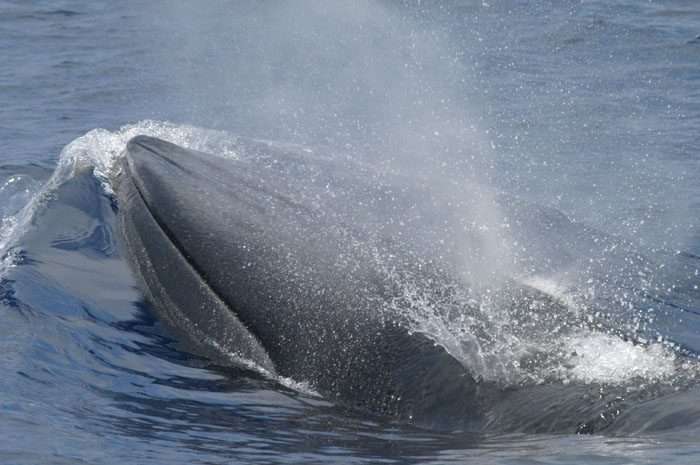 This lays the ground for a mystery. If it wasn’t commercial whaling that almost wiped out these sleek leviathans, what did? It’s also odd that they dwell in such a small slice of the gulf. After all, old whaling logbooks suggest that Gulf of Mexico “finbacks” were once widespread and presumably more common.

It wasn’t until 2014 that the whales starting giving up some of their family secrets. A study that year found that this population’s DNA was distinct enough to warrant at least a subspecies designation, and potentially a species one too.

Another 2014 study analyzed thousands of hours of sound recordings from underwater microphones anchored around the gulf. The researchers extracted whale calls from the din of wind, waves and industrial activity, and found that Gulf of Mexico Bryde’s whales speak a unique “dialect” of low-frequency pulses and moans.

“You need a good subwoofer to hear it, because there’s a lot of bass in it,” said lead author Ana Širovi?, of the Scripps Institution of Oceanography. “It’s more of a chest vibration than listening with your ears.”

The excitement of discovering these whales’ special genes and behavior was tempered by a sobering realization: The race was on to stop their extinction. A few months after the studies were released, the NRDC submitted a government petition to declare the whales endangered.

In the case of the missing Bryde’s whales, the killer is still at large. But scientists are eyeing a rouges’ gallery of suspects. The potential culprits are all tied to one thing: big industry’s stranglehold on the Gulf of Mexico. The region is dotted with thousands of oil platforms and crisscrossed by cargo ships and tankers. It’s busy, polluted and noisy.

A study published in June found that the whales’ habit of hanging out near the ocean’s surface may put them at “substantial” risk of getting run over by passing vessels. There’s been only one confirmed ship strike on a Gulf Bryde’s whale, a lactating female in 2009. But given how rarely whale corpses are recovered after collisions, the actual body count is likely higher.

The study also found that the whales might get tangled up in long fishing lines during their feeding dives. Whales can drown if this happens, or slowly die as ropes and lines cut into their flesh or prevent them from feeding.

“Even if only one whale is killed every 10 years,” Kershaw said, “that’s an unsustainable rate.” 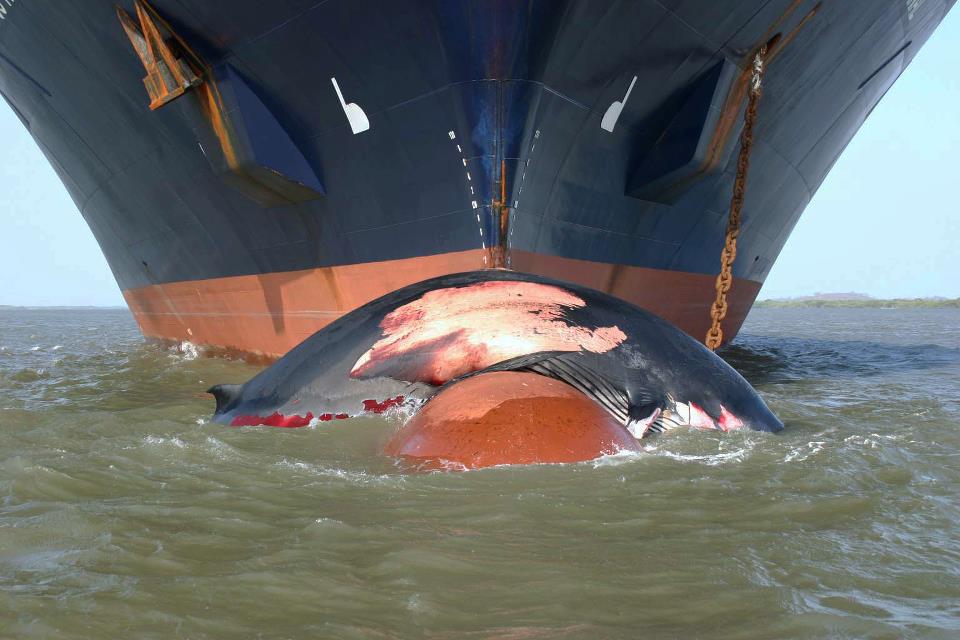 Offshore oil threatens Gulf of Mexico Bryde’s whales too. The 2010 Deepwater Horizon oil spill slicked nearly 50 percent of their habitat in DeSoto Canyon and killed an estimated 22 percent of the population, according to a 2015 report for the U.S. Fish and Wildlife Service.

Besides the spill, the oil industry might be hurting whales in another way: though seismic airgun testing. Seismic airguns shoot thunderous blasts of air into the water as part of the process for finding new oil deposits and tracking existing ones.

These underwater explosions are so powerful they can be detected thousands of miles away. Studies have found that airguns can terrify, hurt or outright kill dozens of species of ocean animal. And because airguns detonate every few seconds for months or years on end, sensitive marine creatures like whales have no respite unless they can find somewhere quieter.

Last year, a study of noise levels in five sites around the Gulf of Mexico found that DeSoto Canyon was the best insulated from the roar of seismic airguns. Sean Wiggins, a scientist at Scripps and the study’s lead author, said industrial noise could be a potential reason why Bryde’s whales congregate in the canyon. “It’s quieter there, there’s less ships and less air-gunning,” Wiggins said. “It seems like a better place to be.”

Last December, it seemed like Gulf of Mexico Bryde’s whales might finally catch a break. The National Marine Fisheries Service announced that the whales were fit to be listed under the Endangered Species Act. Listing requires lawmakers to protect critical habitat and implement a recovery plan, among other safeguards.

But in February, the National Oceanic and Atmospheric Administration re-opened the public comment period on the whales’ endangered status, likely under pressure from the oil industry, Kershaw said. A final decision is expected in the next few months. 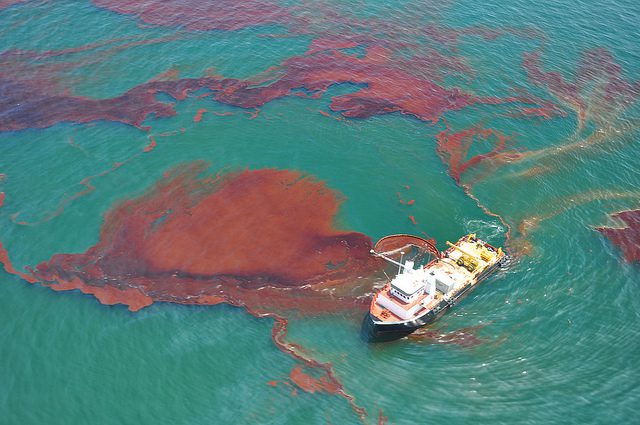 Researchers emphasize that Gulf of Mexico Bryde’s whales could be just one ship strike or oil spill away from extinction. “The likelihood of recovery is low to possibly nonexistent if the stresses they’re facing right now are not curtailed,” Kershaw said.

There are several fixes on the table. Kershaw cited re-routing shipping lanes, restricting longline fishing in DeSoto Canyon and making sure that no new areas are opened to oil and gas in the gulf. Other scientists support restricting the footprint and frequency of airgun blasting.

The whales face steep odds. “It’s very unusual for large mammals at such low levels to recover,” said Douglas Nowacek, an expert on whale acoustics at Duke. “A lot of good things have to happen.”

The good news is that dramatic recoveries are possible, Nowacek said. Northern elephant seals, for example, rebounded from 20 to 127,000 individuals after protections were enacted. Optimistically, the same thing could happen with Gulf of Mexico Bryde’s whales. But as with any missing persons case, time is of the essence.