Cheers! 5 wins for the oceans, worthy of your Thanksgiving toast

It’s 4:30 on Thanksgiving. The table is set, the family is gathered and the food is ready. Now, only one barrier stands between you and dinner: the toast.

Every family toasts differently. Some hold hands, some stand, some sit. But chances are, yours goes around in a circle, and at some point, everyone says what they’re thankful for. What are you thankful for, anyway? Better to ask yourself now than 30 seconds before your turn, when you should be listening. Wouldn’t it be nice if you had that tidbit pre-loaded?

Well, you’re welcome. Because Oceana’s got you covered this year, with five toast-worthy pieces of good news about the oceans. Everyone can be thankful for that. 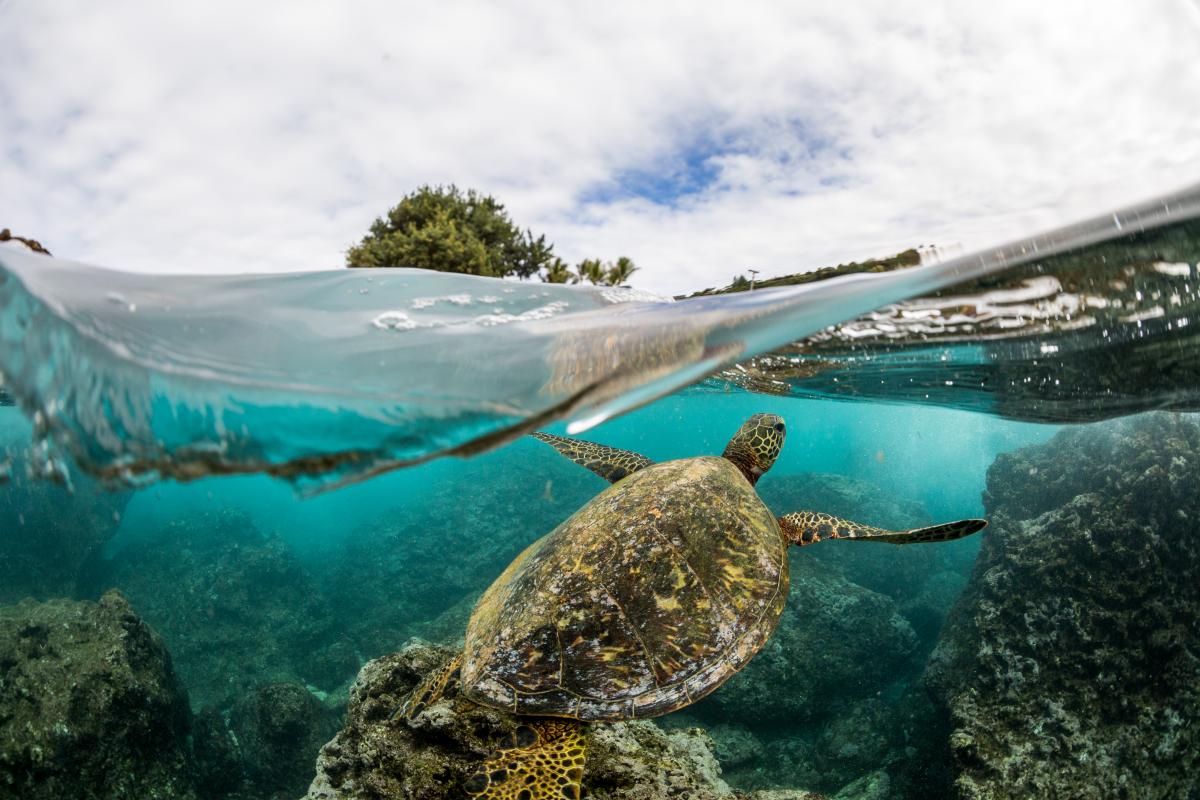 1. Endangered sea turtles are bouncing back

Earth’s resident ocean dinosaurs haven’t done so well in the age of people. They drown in fishing nets, and wash up with straws up their noses. Four of the seven sea turtle species are now endangered or critically endangered worldwide.

But some sea turtle populations may be on the mend. A new study in Science Advances found that sea turtle numbers are rising at nesting sites worldwide. Hawksbills, loggerheads, greens and Kemp’s ridley population estimates were particularly promising, while flatback turtles, olive ridleys and leatherback turtles showed more concerning global trends. Sea turtles aren’t out of the woods yet, but for some populations things are looking up, the study said, thanks in part to successful conservation efforts. 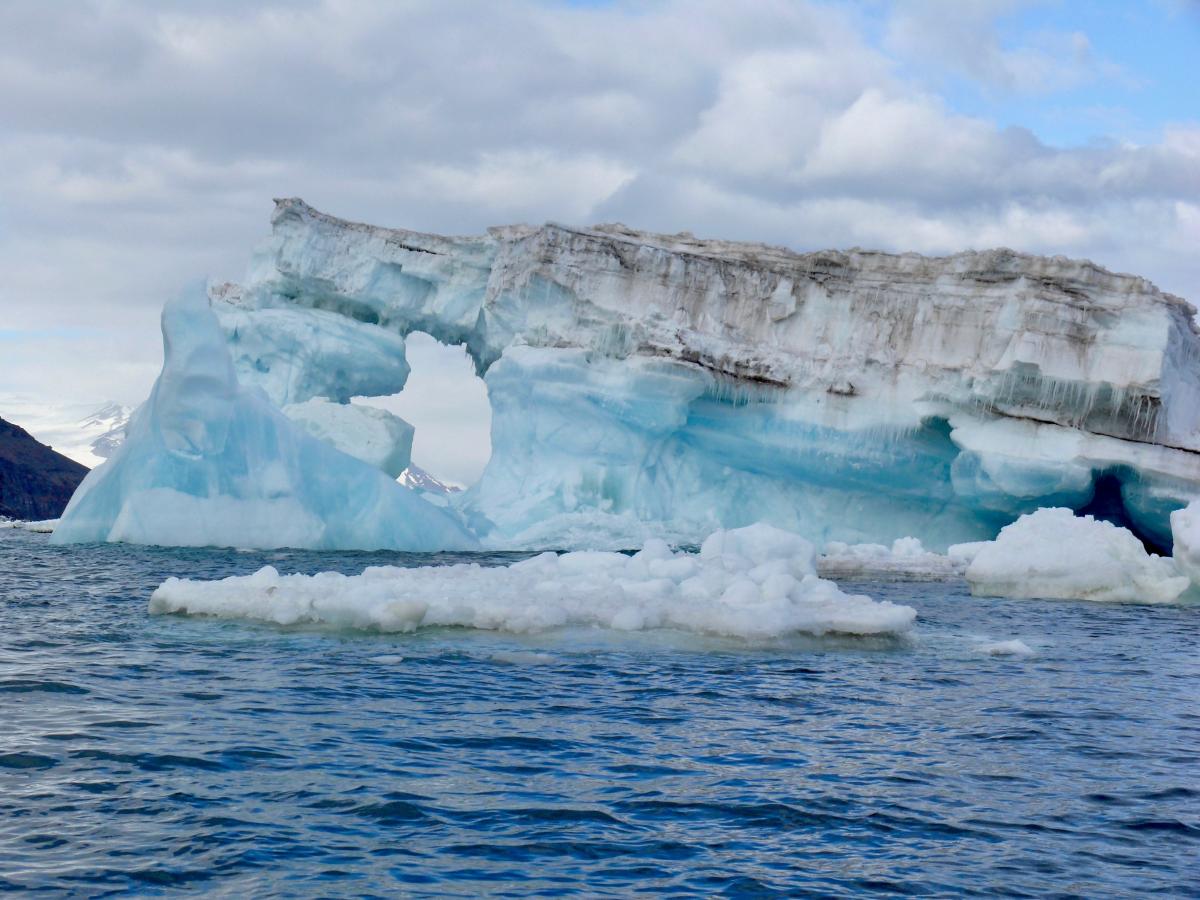 2. The planet’s biggest ocean reserve arrives next month in Antarctica

It’s twice the size of Texas, and poised to protect one of the ocean’s last frontiers. A new marine reserve will cover 1.55 million square kilometers (600,000 square miles) of the Ross Sea, in the Southern Ocean off Antarctica.

Penguins, seals, orca whales and Chilean seabass all stand to benefit. Their home, the Ross Sea, doesn’t belong to any single nation, and has been largely unregulated, even as commercial interests moved in. That all changed in fall of last year, when 24 countries and the European Union created the reserve, which will prevent most fishing. The decision will go into effect this December.

While the Ross Sea reserve won’t protect all the ocean around the South Pole, it’s a huge step in the right direction, and a big present for the wildlife down there, just in time for the holidays. 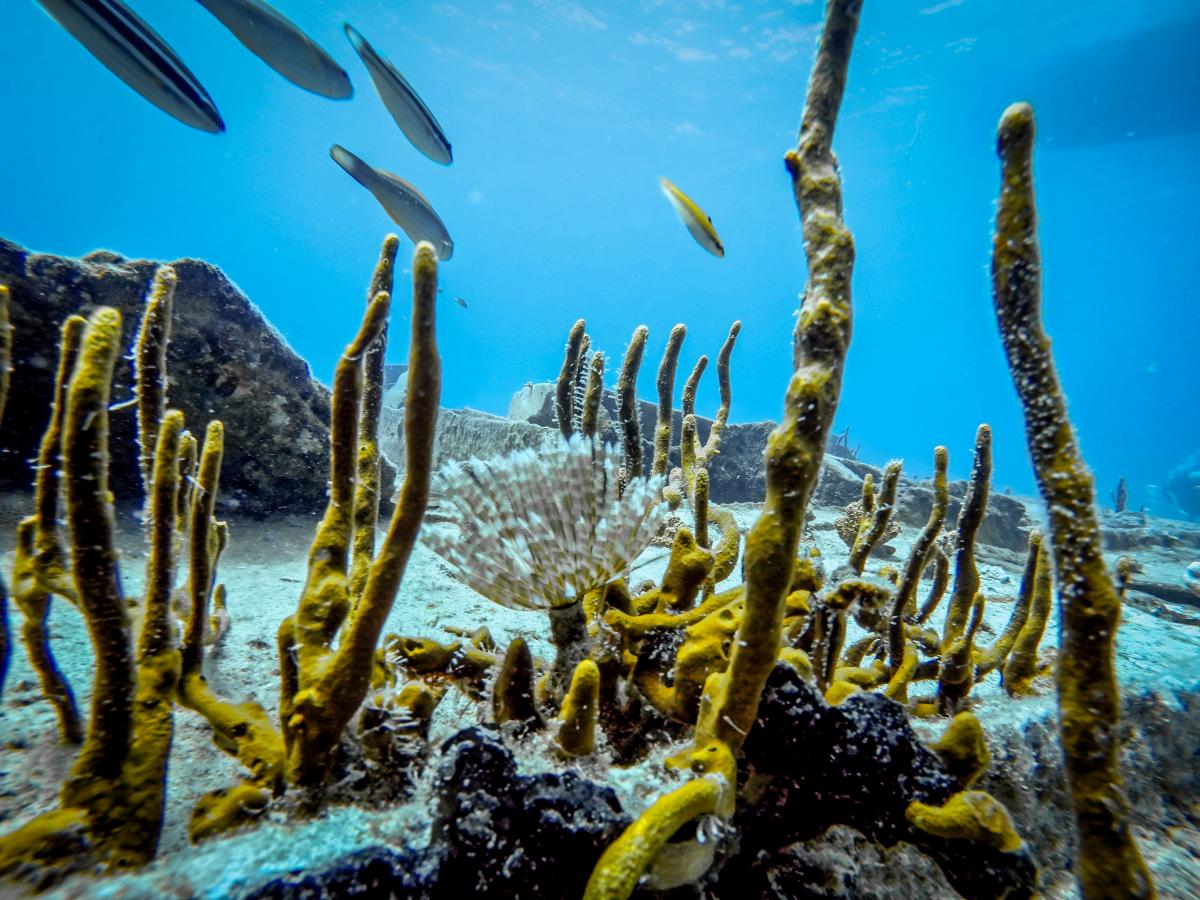 The Florida Keys took a beating when Irma blew through in September. But the islands were blessed with a few bright spots of good luck. Ernest Hemingway’s house in Key West, and his six-toed cats, survived. So did some fragile coral reefs, off the coast of Key Largo, divers say.

Not all reefs were lucky though. Scientists from the Florida Keys National Marine Sanctuary and the National Oceanic and Atmospheric Administration found that sand had shifted onto corals and sponges from Biscayne Bay southwest toward the Marquesas Islands, causing serious damage in some areas.

Hurricanes can be a blessing and a curse for corals, according to the Florida Keys National Marine Sanctuary. Rough conditions can break colonies and bury them in sand. But storms can also cool down heat-stressed reefs, and help corals reproduce in some cases.

In Key Largo, at least, “the reefs look spectacular, compared to what we thought they would look like,” Billy Wise, general manager for Rainbow Reef Dive Center told the Miami Herald in September. 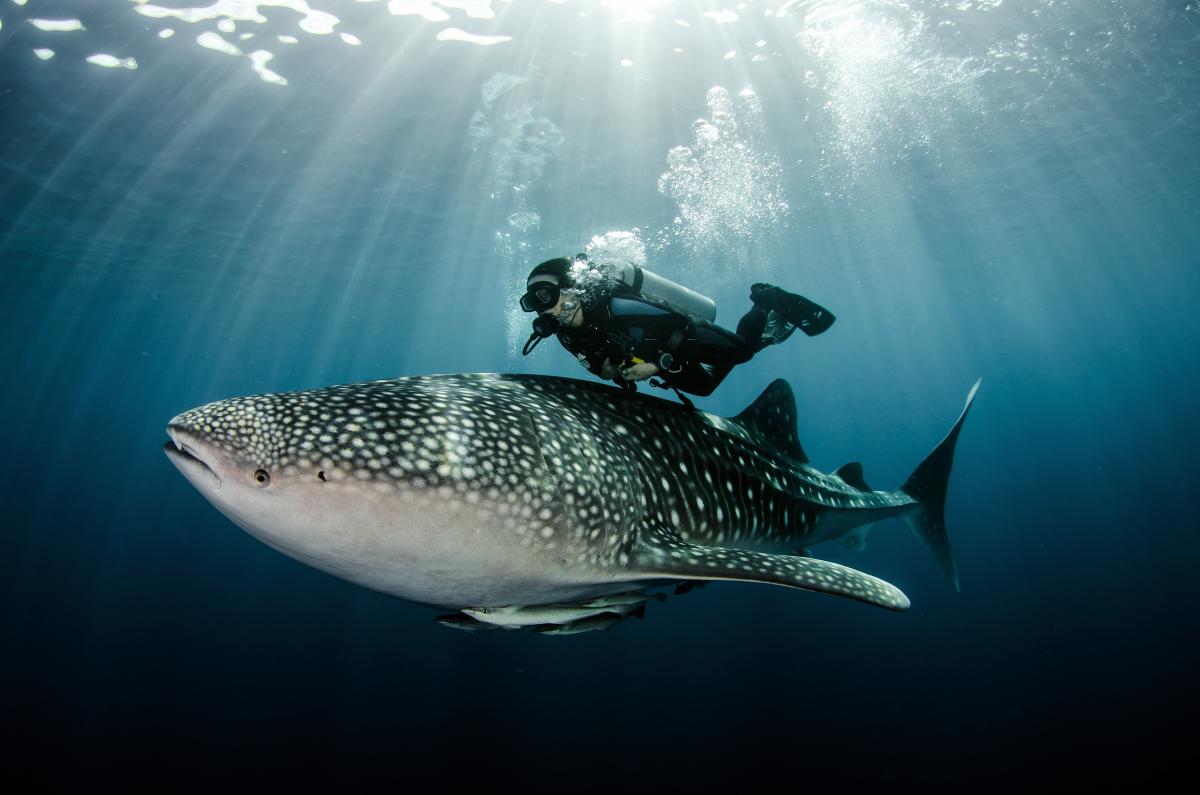 4. Whale sharks and other species won new protection in 2017

Whale sharks, blue sharks, dusky sharks, angel sharks, white-spotted wedgefish and common guitarfish won new protections under the United Nations this year. Nine countries cooperated for the protection of these shark and ray species, under the U.N. Convention on the Conservation of Migratory Species of Wild Animals, or CMS. 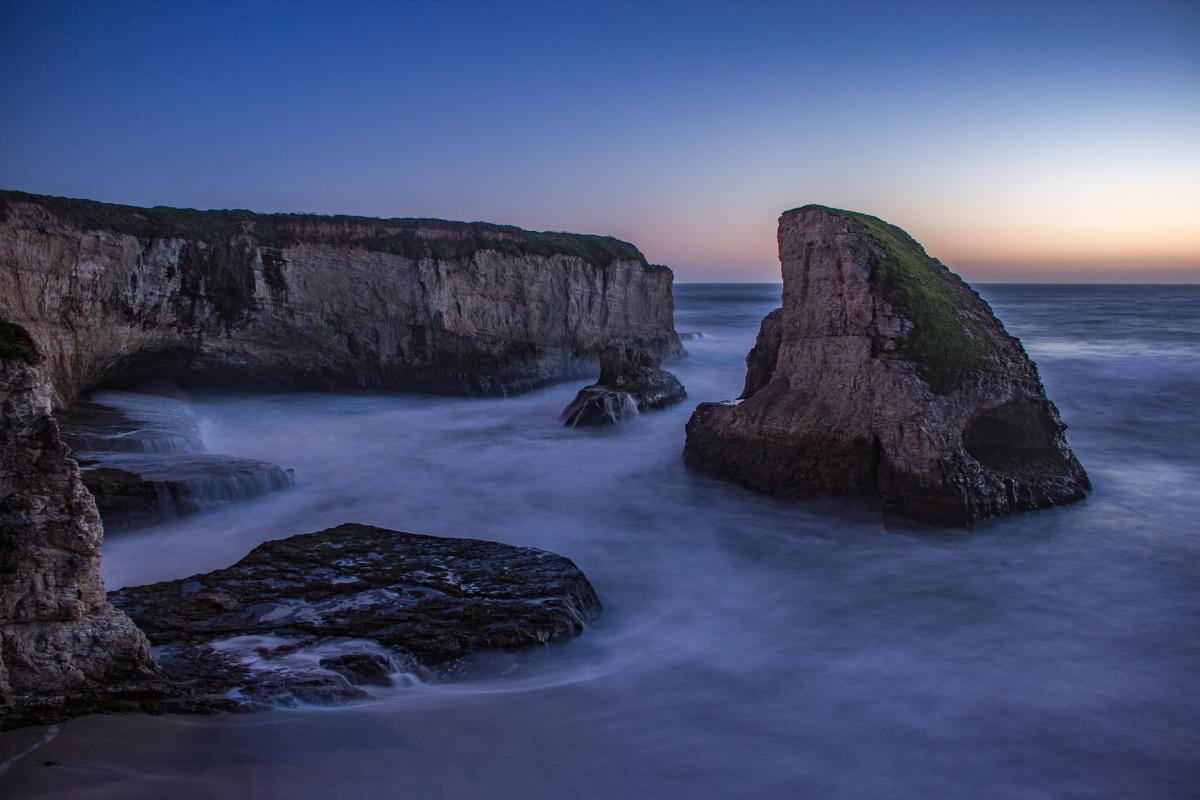 5. Banning plastic bags was a boon for the California coast

In 2014, California made history as the first U.S. state to ban single-use plastic bags. Three years later, that landmark decision paid off, with a lot less trash.

Plastic bag litter declined by 83 percent between 2010 and 2017, according to Eben Schwartz, marine debris program manager for the California Coastal Commission, based on data from the annual Coastal Cleanup Day. Seven years ago, he said, bags accounted for nearly 7.5 percent of all litter in the state. Now they make up 1.5 percent.

“It’s a pretty spectacular drop,” he said. “We’ve been collecting data since 1988, and with very few exceptions, that data remained remarkably consistent, until we started passing plastic bag bans. We’ve seen a remarkable series of drops in the amount of bags we’re cleaning up every year.”

This Thanksgiving, raise a glass to the reusable bags that carried your holiday shopping. And while you’re at it, clink to California, corals, sea turtles and sharks; and to all the ocean good news inspiring hope for 2018. Yours will be the most memorable toast at the table.