Chile’s salmon farms may use more antibiotics than any other meat industry. That’s a big problem.

If you wanted to search for the next drug-resistant superbug, you could cart your microscope to a pig farm, or look under the glare of a hospital’s lights. But you might be better off searching somewhere more picturesque — like the chilly bays of southern Chile.

There, salmon farmers are using up to 950 grams of antibiotics to raise one ton of fish, according to a recent Oceana report. The report, the first to disaggregate antibiotic use on a company-by-company basis, shows that Chile’s salmon farmers might be applying more drugs per ton of meat than any other fish or livestock industry in the world. Norway, for example, uses just 0.17 grams per ton of salmon. And pork, a notoriously drug-dependent industry, uses an average of 172 grams per ton globally.

It’s a deadly calculus: The more antibiotics you use, the more antibiotic-resistant bacteria you’re likely to create. As dangerous, drug-resistant infections crop around the world, experts say that Chile may be fueling an epidemic for the sake of cheap fish. 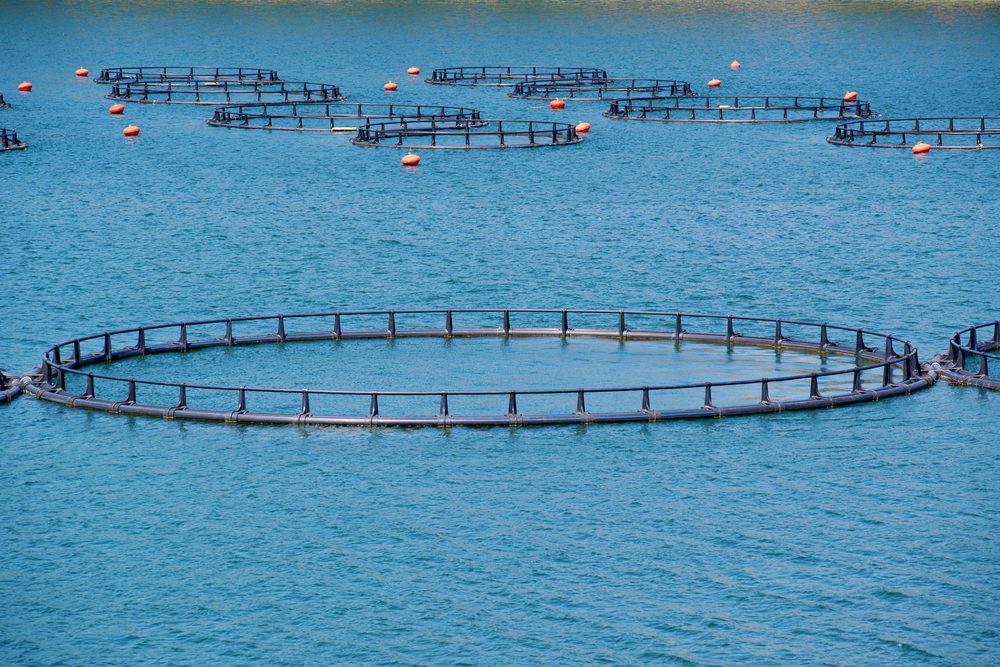 Chile is the world’s second-largest producer of farmed salmon after Norway. Its salmon pens may look benign from the surface: a dozen or so rings or rows of netting, buoys and walkways floating just offshore. Below, it’s a different story. Densely packed fish swim in a snowstorm of antibiotics, uneaten feed, feces and de-lousing chemicals. It’s a perfect recipe for brewing up drug-resistant bacteria.

Conditions on these farms favor the selection of genetic mutations that protect bacteria from antibiotics. Bacteria that win the mutation lottery can then divide and spread unchecked, in a microscopic version of survival of the fittest.

These “winners” can even trade drug-resistant snippets of DNA with unrelated species, a process called horizontal gene transfer. This means that bacteria that cause diseases in fish — or just live harmlessly in the water and mud around salmon farms — can pass resistance genes directly to bacteria that make humans sick.

“Consumers should be worried that we are creating super-bacteria here in Chile,” said Liesbeth van der Meer, a veterinary scientist and the head of Oceana in Chile. “And these super-bacteria are going to get to them, eventually.”

Consumers are unlikely to pick up drug residues from the farmed salmon they buy in stores, van der Meer said. A quarantine period weans salmon off antibiotics before they’re killed and processed.

The concern for consumers, she said, is when resistant bacteria spread beyond salmon farms. Bacteria could easily hopscotch across the globe if a local resident or aquaculture worker gets infected and then visits a hospital or a large city like Santiago, or travels to another country.

And the person-to-person transfer of “superbugs” isn’t the only way antibiotic resistance could travel outside of Chile. If someone in another country handles or eats a fillet contaminated with drug-resistant bacteria, they might end up ingesting those bacteria, explained Felipe Cabello, an expert on antimicrobial resistance in marine environments at New York Medical College. And the newcomers “might swap their resistance genes with bacteria in the intestinal tract of humans that consume salmon,” Cabello said.

It’s enough to give sushi-lovers pause.

So why is Chile using so many antibiotics in the first place? It’s because the country’s salmon are under assault from a hemorrhagic bacterial disease known as piscirickettsiosis. The main weapon against this epidemic is florfenicol, a common veterinary antibiotic used to treat animals as diverse as fish, chicken and cattle, van der Meer said. Several studies suggest that florfenicol-resistant bugs are widespread in and near Chile’s salmon farms.

Florfenicol resistance might not sound scary. After all, humans usually don’t take veterinary drugs. But DNA sequences that protect against one antibiotic can be interlinked with genes that protect against other drugs as well. Florfenicol-resistant bacteria, for example, can withstand antimicrobials used in humans, including one that’s a last-resort treatment for multidrug-resistant infections.

A retailer backlash against drug-drenched salmon has gained momentum in recent years. In the United States, Whole Foods only stocks farmed salmon from European countries, and Target hasn’t sold farmed salmon of any kind since 2010. Other retailers, like Costco, have reduced but not eliminated sales of Chilean salmon.

However, with so many cheap Chilean fillets on the market, they can be hard to avoid. Vague U.S. regulations mean that it can be almost impossible for a consumer to know where their salmon comes from, according to Oceana seafood fraud expert Kimberly Warner. Restaurants and small grocers aren’t required to label their fish’s country of origin, Warner said. And if a fillet is cooked, sauced or otherwise “transformed,” all bets are off: “They don’t have to tell you where it’s from, its species, or whether it’s farmed or wild.”

Consumers are key to change, van der Meer explained, adding that pressure from advocacy groups like Oceana can only go so far. “The consumer is the one that has to be informed, that has to demand a clean and transparent industry in Chile,” she said. “We have a lot of healthy fish that we can eat. You can eat sardines. You can eat Chilean hake. Why are you choosing this highly polluting species?”