On September 14, 2014, the Convention on International Trade in Endangered Species of Wild Fauna and Flora (CITES) will add seven sharks and rays to Appendix II, meaning that global trade of these species will be restricted. At Oceana, we work to protect marine species from overexploitation every day, so we’re thrilled about the new listings. To celebrate, we’ll be spotlighting all seven species that are receiving protections on September 14 in a series of countdown blog posts on The Beacon. We’ve focused on manta rays first, and are now featuring porbeagle sharks. Stay tuned for more!

Porbeagles may not be as well-known as great white or hammerhead sharks, but as top predators, they also play crucial roles in ocean ecosystems. They feast on fish, squid, and smaller sharks as they migrate throughout the world’s oceans in colder waters near the Arctic and Antarctica. Unfortunately, these large sharks are gravely threatened from overfishing, even before many people become aware of their existence.

Their meat is some of the most sought after shark meat in the world, resulting in population losses due to overfishing, bycatch, and underreported fishing. One of six shark species that’s readily used in the fin trade, long line fisheries target schools of porbeagles for their large fins, used in shark fin soup in Asia. Porbeagles are also sought after for fishmeal and fertilizer. They’re traded both in frozen and fresh form between the European Union, Switzerland, Turkey, Morocco, China, the U.S., and other nations. They’re also a popular gamefish in United Kingdom, Ireland, the U.S., and Canada, who has a catch-and-release program. 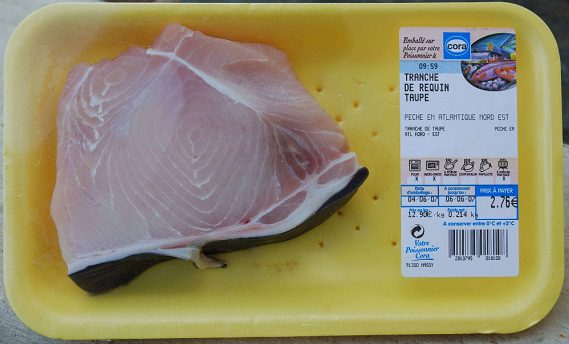 Porbeagles’ life history characteristics—like being slow to grow, not maturing for 13 to 18 years, and producing few young—make them particularly vulnerable to overfishing. Because of these characteristics, the UN Food and Agriculture Organization lists porbeagles in the lowest productivity category for commercially exploited aquatic species, according to Shark Advocates International. The International Union for Conservation of Nature and Natural Resources (IUCN) lists porbeagles as “Vulnerable” on a global scale.

Under the new protections in the Appendix II listing, the take and trade of porbeagle sharks, particularly for their meat and fins, will be controlled in an effort to protect them from severe population declines. They will join whale sharks and basking sharks, which were protected in 2003, great white sharks, which were protected in 2005, as well as four other sharks and manta rays to be protected in September. These seven species received the Appendix II designation at CITES’ 16th meeting of the Conference of the Parties in March 2013, but the changes did not take effect for 18 months to allow Parties to work out technicalities of the listing.

Porbeagles reach about 12 feet in length and can weigh up to 500 pounds. They’re capable of raising their body temperatures above surrounding water temperatures by 12 to 14° Fahreinheit—an important trait that allows them to be fast predators in cold waters. Besides humans, scientists suspect great white sharks and orcas to be natural predators. 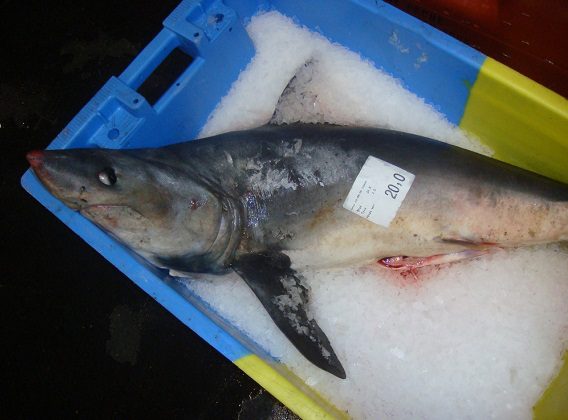 Porbeagle (Lamna nasus) in a crate at a fish market in France. (Photo: Oceana / LX)