CSI for the Sea: How Scientists Use DNA to Spy on Whales and Find ‘Extinct’ Fish

In 2014, when Mariah Pfleger volunteered to sift through water samples from Alabama’s Mobile River Basin, she wasn’t expecting to solve one of biology’s most frustrating missing fishes cases.

Pfleger, a graduate student at the time and now a scientist at Oceana, agreed to help a friend track down proof of a living Alabama sturgeon — a fish not seen since 2009. Instead of netting a live sturgeon, though, Pfleger would be hunting for its genes.

‘Environmental DNA,’ or eDNA, is an emerging technique that lets scientists identify aquatic animals from the minute bits of tissue they leave behind. Early adopters say that the standard trappings of field research — pricey vessels, ship crews, scuba divers and jars of specimens — could one day be replaced by a geneticist and a liter of water.

The Alabama sturgeon is a russet-colored, one kilogram (two to three pounds) fish with hard, armor-like scales. The rarest member of the sturgeon family, it’s a casualty of the caviar market and the dams that slice up its river habitat. 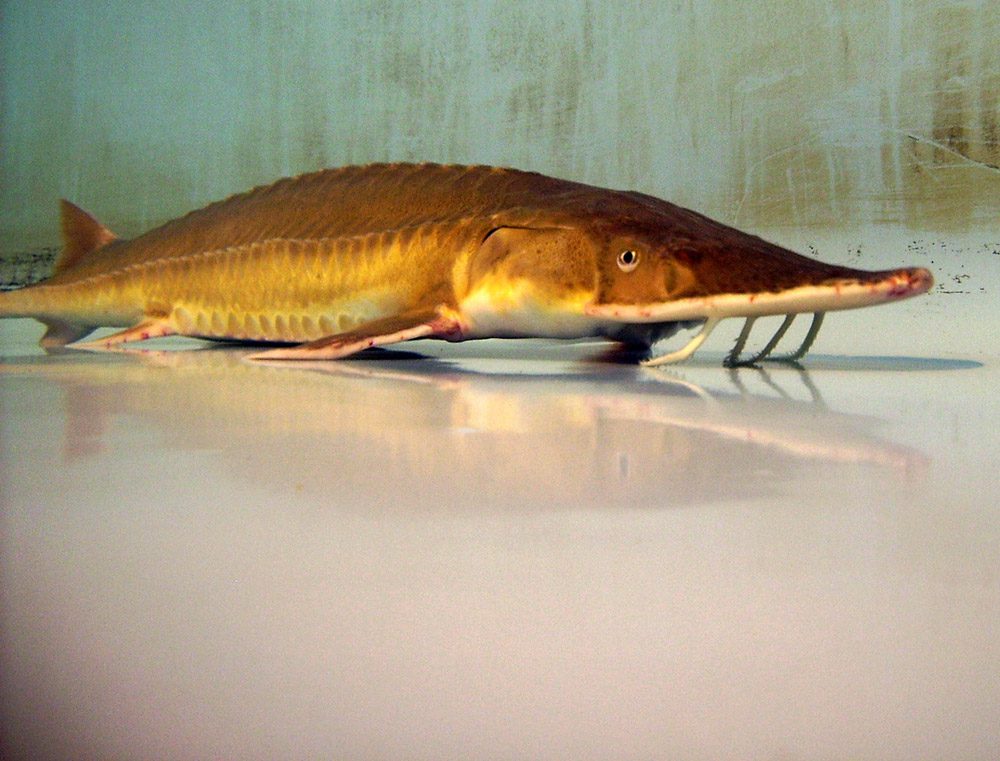 In 2009, researchers lost contact with the only known living Alabama sturgeon when the fish, a male, broke or lost his tracking tag. Despite what Pfleger described as “extreme” search efforts, no other members of his species have been spotted since.

Pfleger’s task was to find out if any unseen sturgeons might have shed even a single cell — from scales, mucus or excrement — in water sampled from sites across its historic range.

For each sample, Pfleger ran through a multi-step process that resulted in a slurry of genes from potentially thousands of species. The process was time-consuming, Pfleger said, but not hard: “If you can bake cookies, you can do genetics.”

To tell if any of those fragments belonged to an Alabama sturgeon, Pfleger then applied a ‘primer’ — a compound that only binds to the DNA of a single species. At the beginning, it was slow going.

“I ran hundreds of samples with nothing coming up,” Pfleger said. “It was sad for multiple reasons: sad for the sturgeon, and sad I that I had to work for multiple hours on end. It was morally defeating.” 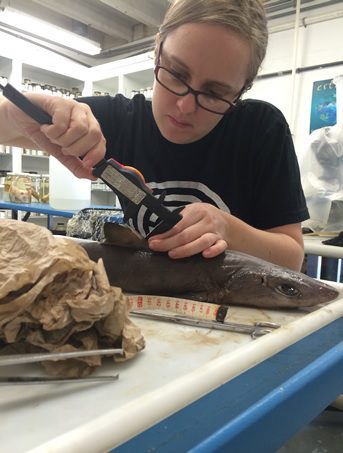 But defeat turned to triumph. One day, a bit of DNA turned up that tested positive for the long-lost sturgeon. A check against a database confirmed the match.  After that, 17 additional results came back positive — putting to rest fears that Alabama sturgeon had gone extinct.

Since each sample is tied to a specific spot, Pfleger said, sturgeon search parties can now narrow down where to look. The ultimate goal is for officials to capture enough fish to breed them in captivity — and perhaps to identify and remove the most damaging dams.

The ocean in a liter

So far, eDNA has seen its biggest successes in rivers. Because ocean environments are enormous and complex, marine applications of this technique have lagged. But researchers at the Center for Ocean Solutions in Monterey, California are starting to change this.

In 2014, a team there turned to the Monterey Bay Aquarium to see if eDNA could identify the species swimming in the 4.5 million liter (1 million gallon) Open Ocean tank. After sequencing the genetic material in a liter of tank water, they compared the aquarium’s list of fish, sharks and turtles to the one they generated.

“It turns out we were able to successfully identify all the bony fishes,” said Larry Crowder, the science director at the Center for Ocean Solutions. “The first probe we used saw almost everything in the tank.”

A year later, the team put eDNA to the test in a less controlled environment: Monterey Bay. They pitted trained divers — the current best method for tallying up marine animals and their abundance — against samples of seawater. Environmental DNA again passed with flying colors.

“What was remarkable was that there was only one species of fish that the divers saw that the DNA did not pick up,” Crowder said. “And the DNA picked up almost twice as many vertebrate organisms than the divers recorded.” 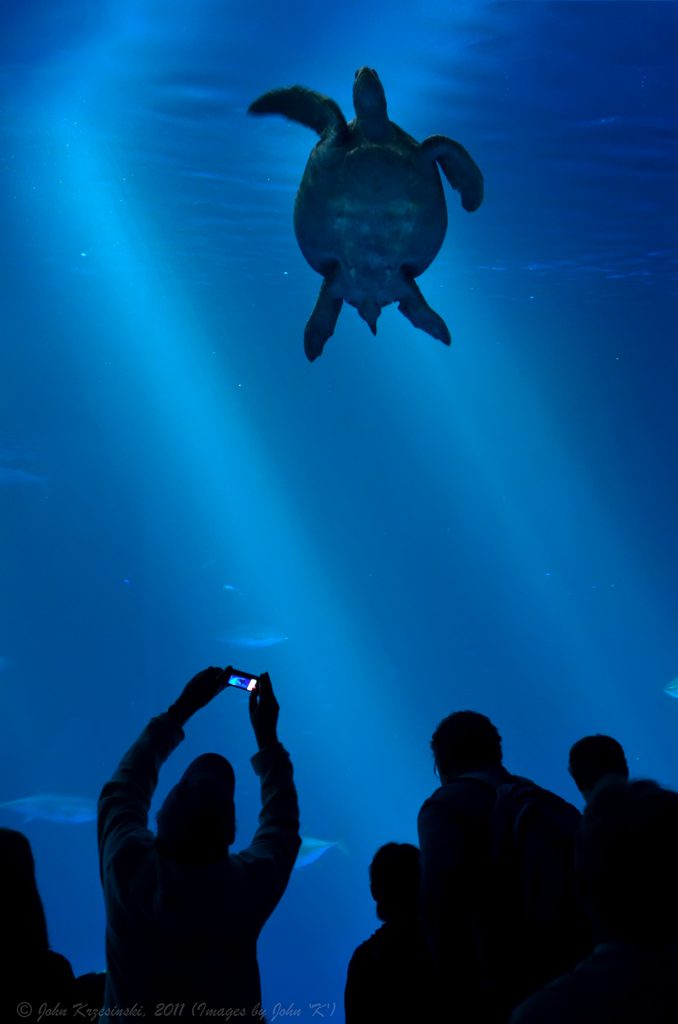 The eDNA samples differed markedly by habitat type — a “quite surprising” result given that some sites were separated by only 60 meters (200 feet). “It turns out that the organisms you see in the eDNA samples are organisms you’d expect to be in those habitats,” Crowder said. Because DNA degrades within one or two days in the sea, Crowder added, each sample likely represents an accurate, time-bound snapshot of a location: “Given space and time, this could be a pretty high-resolution technique.”

Though Crowder conceded that eDNA has “a lot of kinks that need to be worked out,” he forecasts big changes ahead.

Over the last 10 years, Crowder noted, the cost of eDNA sequencing has plummeted by orders of magnitude. Further declines could make eDNA a game-changer for cash-strapped government agencies and environmental groups.

And because the number of DNA strands in a sample is proportional to a species’ abundance, further improvements might make eDNA an important tool for telling not just if an animal was present or absent, but how many individuals there were — a big help for managers that need to keep track of endangered whales or commercially valuable fish.

“We like to think it might be disruptive,” Crowder said. “This is completely different from any approach we’ve used before.”