Women share a traditional fish meal in Senegal, a country that has been diverting sardinella to fishmeal plants.
Credit: Shutterstock.com / Emily-Jane Proudfoot

Oceana Board Member Daniel Pauly wrote this article in response to a study conducted by a team of researchers, led by Dr. Christina Hicks, that included Oceana Science Advisor Eddie Allison. Researchers collected data on seven nutrients found in 367 species of fish, which allowed them to estimate the nutritional value of each species. They then mapped out the places where these fish (and nutrients) end up. Their findings recently appeared in the journal Nature under the title “Harnessing global fisheries to tackle micronutrient deficiencies.”

Eating fish is good for us; this is widely accepted, and also supported by scientific evidence. A recent contribution in Nature not only confirms this, but also points out that, worldwide, enough fish are caught for all of us. However, the good that fish can do for us varies with the definition of “us.” In Western, wealthier countries, increasing fish consumption is often advocated, e.g. in government food advisories, as a beneficial complement or alternative to more traditional protein sources, good for our arteries and overall health.

Moreover, in Western countries, thoughtful consumers often insist that the fish they consume be certified as “sustainably caught.” This nebulous term is taken to imply that the fish they consume should have hopefully suffered as little as possible and somehow will remain abundant in the future. And if these fish stem from aquaculture, i.e., from fish farms (as do most of the salmon sold), this is also often mistakenly perceived as a good thing because of the misguided notion that aquaculture relieves pressure on capture fisheries.

Unfortunately, these beliefs become even more problematic when the meaning of “us” is expanded from a developed-country perspective to include the poorer people in developing countries of the intertropical belt. There, fish is usually not just a healthy complement to an already rich assortment of foodstuff. Rather, for millions of people, fish is the key component of an otherwise unbalanced diet. Indeed, fish provide for these countries’ inhabitants six critical micronutrients: calcium, iron, zinc, selenium, omega-3 and vitamin A. Fish also provides protein, a crucial macronutrient that boosts the nutritional content of diets in developing countries, where calories are usually derived from starchy food. Rather, proteins that come from seafood, because they have a full complement of amino acids, have the property of enhancing the nutritional value of the other, cheaper foods that make up the bulk of poor people’s diet, such as maize meal or rice.

A lack of fish-derived nutrients has been found to have a large effect on public health, notably infant mortality and hence GDP. This is important, and one should think, therefore, that the governments of tropical developing countries should do everything possible to encourage the domestic consumption of fish, and that they would gain therein the support of Western countries’ bilateral development agencies, and the U.N. and other intergovernmental development organizations. However, most economic development policies, including those of the developing countries themselves, are geared toward their fish being exported to the insatiable markets of richer countries in the West and in East Asia. 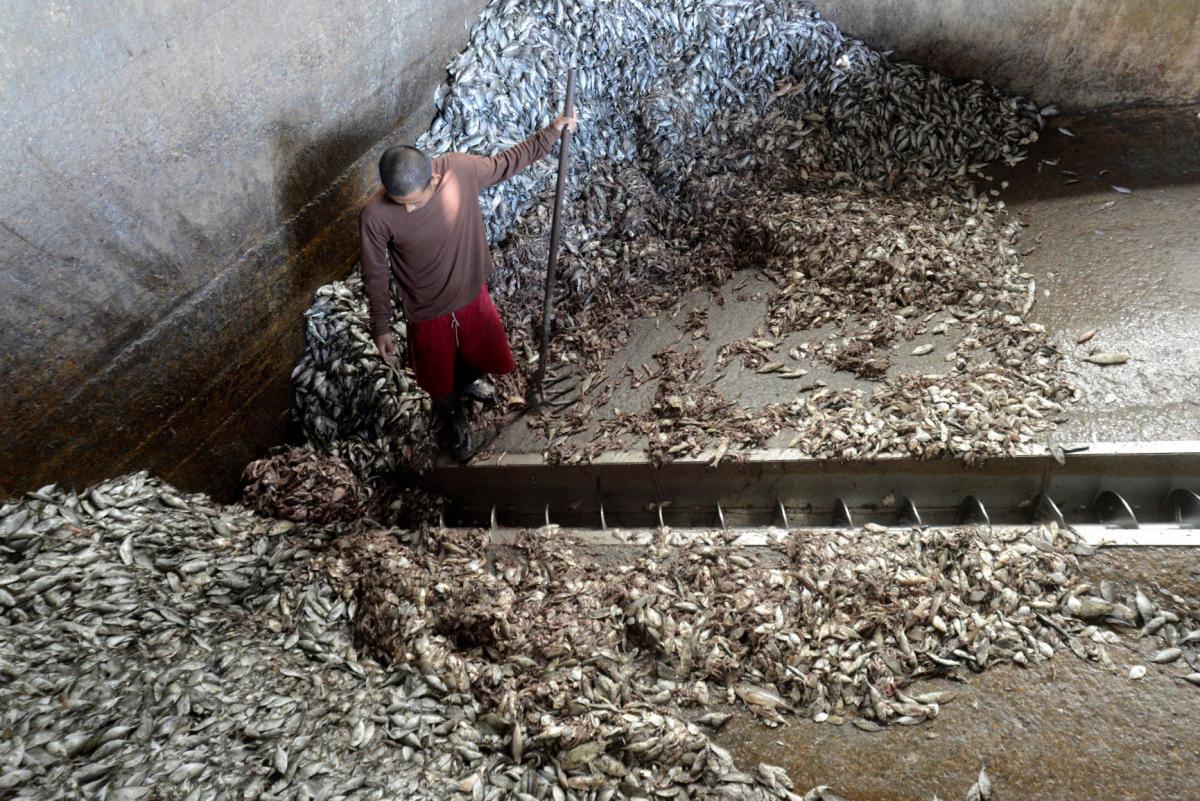 As it turns out, the fisheries catch in the Exclusive Economic Zones (EEZ) of the developing world would be sufficient to fulfill the nutrient needs of most of their populations. However, much of this catch is these days taken by foreign fleets and/or exported, contributing to a scarcity of nutrients in many of these countries. In addition, the transfer of fish from the developing to the developed countries compensates and masks the effects of overfishing in the waters of developed countries, which were overfished earlier than the rest of the world’s ocean. For example, the aggregate fisheries catch in the North Atlantic peaked in 1975, while the world’s catch peaked in 1996.

Nowhere is this story clearer than in Northwest Africa, where EU, Russian and East Asian fleets, combined with massive fish exports to the EU, has led to local fish scarcity and price increases that have rendered fish increasingly inaccessible to local consumers. Among others, these practices have impacted sardinella, a small herring-like, micronutrient-rich fish that has been a food staple in Senegal for centuries. If you go and watch the documentary An Ocean Mystery: The Missing Catch (which you can view online here), you will see sardinella being smoked, dried and hand-processed by Senegalese women and then trucked to the interior of the country to feed people.

The documentary features an interview with a leader of these women emphasizing how it would be a catastrophe if the supply of sardinella was interrupted: They would have no fish to process and to send to those areas of the country where fish are the only affordable source of micronutrients and animal protein.

Since this interview took place in June 2016, the catastrophe alluded to has now begun: Over 40 industrial processing plants that turn sardinella and similar small fishes into an animal feed called fishmeal have recently been built – mainly by Chinese enterprises – along the coast of Senegal and neighboring countries, in the face of local opposition. Many of the local artisanal fisheries, which traditionally supplied the local sardinella market, now supply these fishmeal plants.

The fishmeal plants then export their product mainly to China, which has become the world’s largest importer of fishmeal. The fishmeal is then used to feed farmed fish and, thus, we can see that aquaculture does not reduce the pressure on wild fish. Rather, it intensifies this pressure and can and does deprive poorer people of previously affordable, nutritious fish, while producing costly farmed fish that are then largely consumed by “us” in the rich West or in East Asia. This is why it is entirely appropriate, when we ask what fish “we” should eat, to actually ask who is meant by “us.”