The world’s fishing fleet is too big, and fish stocks are dwindling. Many fleets are even losing money. Yet fishing continues, fueled by government subsidies that pay fishers to stay at sea, even when they catch too little to turn a profit. Dr. Daniel Pauly spoke with his long-time colleague at the University of British Colombia, Dr. Rashid Sumaila, to discuss why perverse subsidies exist and what can be done to fix them.

Oceana: Why do subsidies exist in the first place?

Pauly: Fisheries subsidies have a different origin than agricultural subsidies. In France and in England, fisheries have been traditionally subsidized, beginning as early as three centuries ago, because these two countries wanted to maintain a number of operational fishers that could crew warships. These subsidies were part of the defense budget. 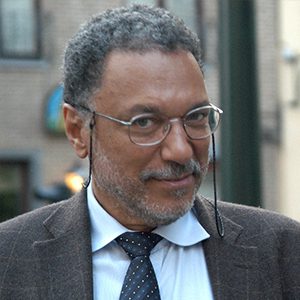 Sumaila: Subsidies made sense when most of the world’s fish stocks were underexploited. In the 1950s and 1960s, the more subsidies a government gave, the more catch it got back. For many countries, that’s not the case anymore.

Oceana: How do subsidies spur overfishing?

Rashid Sumaila: In theory, fisheries should be self-regulating. When fish stocks get too low, or fishing gets too expensive, workers and investments should move out of the fishery. But in practice, unprofitable fleets can continue fishing — and can even grow larger — when they receive government subsidies.

The problem is enormous. In a 2015 study, my group at the University of British Columbia estimated that global fishing subsidies in 2009 were $35 billion, between 30 and 40 percent of the total value earned by marine fisheries worldwide. As a result of this artificial profit-boosting, and general mismanagement, the global fishing fleet is about twice the size the ocean can sustainably support.

Oceana: Why don’t countries get rid of harmful subsidies?

Pauly: The issue is that the first country to stop will be at a competitive disadvantage. The fish that they sell will become comparatively more expensive. And if other countries don’t follow up immediately, the first country will not be able to sell its seafood. 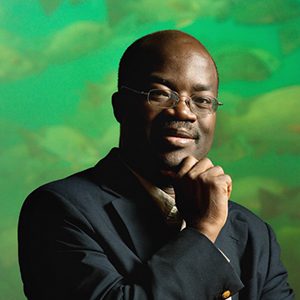 Oceana: Can fishing subsidies ever be beneficial?

Sumaila: Subsidies can be divided into three broad categories. The first category, capacity enhancing subsidies, is what promotes overfishing. The second, ambiguous subsidies, can either promote positive or negative outcomes, depending on how they are implemented. And the third category, the beneficial category, supports research and management. If you have a good management system, for example, you can detect illegal fishers and catch them.

Pauly: I can think of a scenario where you have fishers landing fish on the beach, throwing the fish in the sand, and later smoking them using procedures that waste fuel wood. You get a very bad product all the way from the landing and processing to the sale. Subsidies applied here could improve the product quality post-harvest. Thus, subsidies could finance concrete tables to display the fish, and well-designed smoking chimneys that make efficient use of fuel. This would make a great difference in increasing incomes.

Sumaila: The issue is that very few subsidies are of the beneficial sort. Nearly 60 percent of the global total goes to harmful subsidies like ship fuel. Instead of giving away subsidies that lead to overcapacity and overfishing, keep the money in the community. Use that money to upgrade the catch, rather than destroy the resource by intensifying overfishing.

Oceana: What can be done?

Sumaila: One of the things we could do practically is take the top-subsidizing countries — there are a maybe a dozen — and then create cadres in these countries of biologists, economists and other thought-leaders to help their government really see how bad this is, and push through action. Sometimes it’s better to tackle global issues on a global stage, but sometimes one person in one country does something, and then that becomes something global.

Pauly: The irony about subsidies is that they contradict the spirit of capitalism. We can get support for getting rid of them. And then you might get a breakthrough at the WTO. Whether it happens through the WTO, or through multilateral arrangement, it is possible that subsidies could at least decline.

Oceana: Scientists, international bodies and organizations like Oceana have been raising the alarm about subsidies for decades. Has this helped?

Sumaila: My own thinking is that these efforts have slowed the tendency to give subsidies. It would have been worse if these kinds of efforts were not in place. When it comes to subsidies, governments are looking over their shoulders now.