Drowned out: Is climate change making the ocean a noisier place?

Click on any underwater noise generator that’s available online or on a sleep aid app and you might get the impression that the ocean is a peaceful soundscape, punctuated by the gentle lull of bubbles or the occasional whistle of a dolphin. In reality, it can be far more raucous.

Dr. Kate Stafford, senior principal oceanographer at the University of Washington in Seattle, described the sounds of Arctic waters during a recent episode of The Marine Mammal Science Podcast.

“If you think about an Arctic icescape, you’re looking out across a vast amount of ice and you just assume there’s nothing going on, but as soon as you put a hydrophone down, especially in the spring, it’s remarkable,” she said. “It’s like a jungle out there. There’s a cacophony of Arctic animals all making sounds at the same time.” (To hear an example of what that sounds like, skip to 15:47 in the episode).

“We can actually hear increasing ambient noise levels in many months of the year from the increase in wind noise,” Dr. Stafford said. “It’s just one of the ways we can listen to climate change.”

As climate change clears ice, it could also clear the path for more industrial activity – another source of ocean commotion. Plus, as the ocean absorbs more and more atmospheric carbon, acidification is altering the very ways in which sound travels underwater. Acidic waters absorb less low-frequency sound, meaning that these sound waves could travel further – or, to submerged ears, sound louder.

More research is needed to determine how exactly this plays out, and what effect it might have on marine animals. In the meantime, researchers and policymakers are raising concerns. According to a 2019 report on “Underwater Noise in the Arctic,” which also addressed ocean acidification, the Arctic is home to many endemic species that rely on sounds to communicate, navigate, find food, and avoid predators.

“Most importantly, the culture and livelihoods of Indigenous Peoples in the Arctic depend on the continued health of marine mammals, to a greater degree than in other regions of the world,” the intergovernmental Arctic Council, of which Oceana is an official Observer, wrote in its report.

Oceana’s campaigns have helped protect the Arctic from increased industrialization and the resulting ocean noise. These efforts were instrumental in barring industrial fishers from newly emerging Arctic waters – places where sea ice, a deterrent to development, is dramatically diminishing – and stopping Shell and others from recklessly drilling for oil in remote areas of the Chukchi and Beaufort seas. 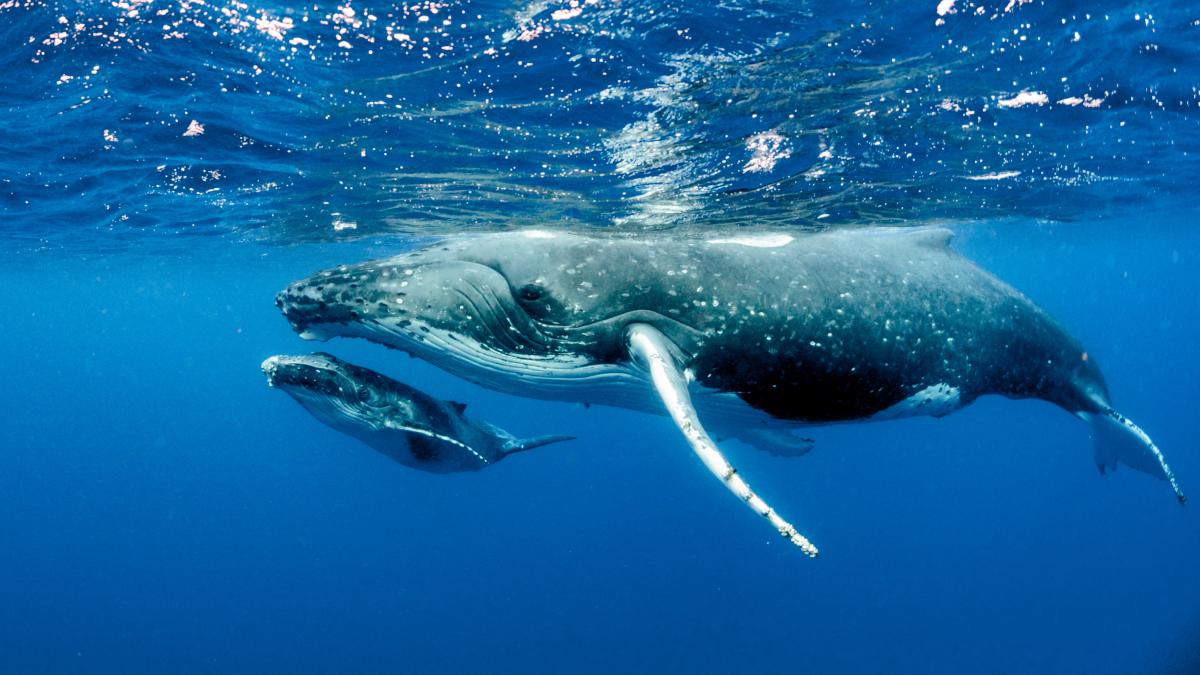 Dr. Mark Baumgartner, senior scientist at the Woods Hole Oceanographic Institute, is concerned that noise pollution from industrial activity could be causing discord among certain species of whales.

“What we worry about, certainly with baleen whales, is that their ability to communicate with one another has degraded because of the noise … There’s an enormous amount of low-frequency noise that’s put into the ocean by commercial shipping that whales didn’t use to have to deal with,” Baumgartner told Oceana.

“If you are a whale and you depend on meeting up with other whales for feeding opportunities or breeding opportunities, then the radius by which you can detect other whales is significantly shortened. … It’s not a huge conjecture to say the noise is having some sort of effect on social behavior and possibly even feeding behavior.”

Calls for more research are starting to emerge. The authors of a 2016 study on aquatic noise pollution theorized that ocean acidification may be amplifying the impact of man-made noise. However, they concluded that “carefully planned experiments are needed to investigate the complexity of such multifaceted interactions of environmental stressors.”

What’s certain, though, is the fact that our carbon emissions are already harming ocean life in myriad ways. Acidification disrupts biological and physiological processes in many marine species, affecting everything from growth rates to reproduction to behaviors. Shellfish and corals depend on calcium carbonate for calcification, just as we depend on calcium for our skeletal strength. An acidic ocean corrodes these structures and decreases available carbonate ions that would normally build up shells and corals.

Through these strategies, we can reduce the mounting pressures that marine animals are facing as a result of climate change – and hopefully give them a quieter place to live in the process.