Eat Like a Pinniped? What Sea Lions and Walruses Can Teach Us about Healthy, Sustainable Seafood

A blubbery walrus lolling on the beach might not look like the right creature to take diet advice from, but walruses and other pinnipeds have a secret when it comes to seafood. By eating low on the ocean’s food chain, they’re going after food that happens to be some of the healthiest and most sustainable protein around.

There are 33 living species of pinniped — seals, sea lions, and walruses — and just as many ways of eating. Leopard seals subsist on Antarctic penguins and other seals, for instance, while crabeater seals actually dine on krill. By and large, though, most pinnipeds have a taste for smaller fish and invertebrates like clams — often far better seafood choices than large, predatory fish that may be high in mercury or severely overfished. 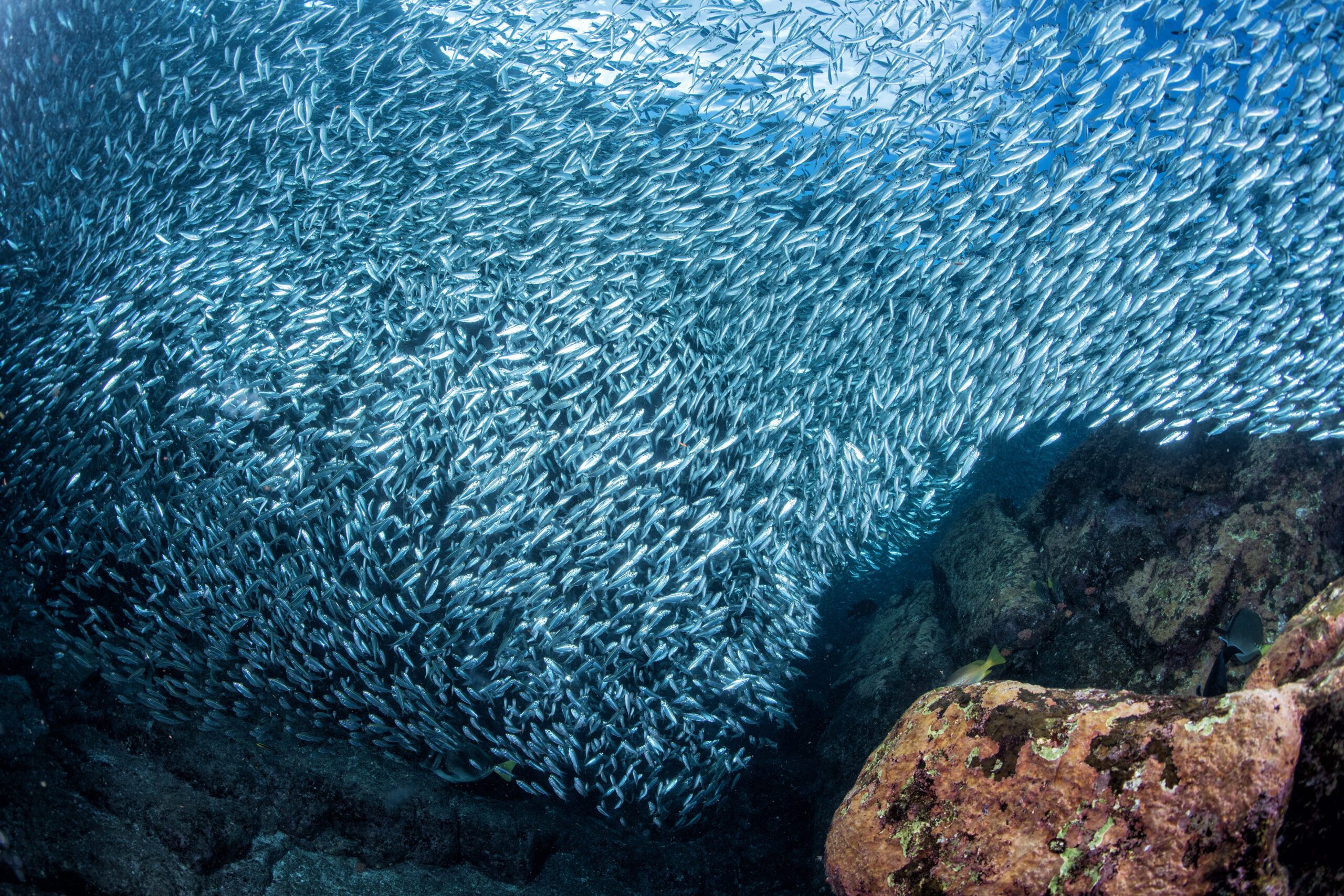 Sea lions have the right idea when it comes to eating for health: these underwater acrobats fuel their antics through a steady diet of forage fish like anchovies, sardines, herring, and mackerel.

These tasty fish are high in calcium, vitamin D, and the two types of Omega-3 fatty acids that support brain and heart health. Because they’re lower on the food chain, they have little of the toxic mercury that plague species like tuna and swordfish. In terms of health, forage fish truly are a “perfect protein.”

All too often, however, these finned miracles are destined to feed other animals, not humans. Worldwide, one-fifth of all wild marine fish we catch ends up as fishmeal and oil, of which 68 and 74 percent respectively goes to feed farmed fish. The conversion from whole fish to fishmeal and back to whole (but farmed) fish is extremely inefficient — so much so that, if all of the world’s fish bound to be processed into meal and oil were instead served to people, we could provide hundreds of millions of extra seafood dinners every day.

Not only would this feed more people, leave more food in the sea for wildlife from pelicans and penguins to orcas and sharks. 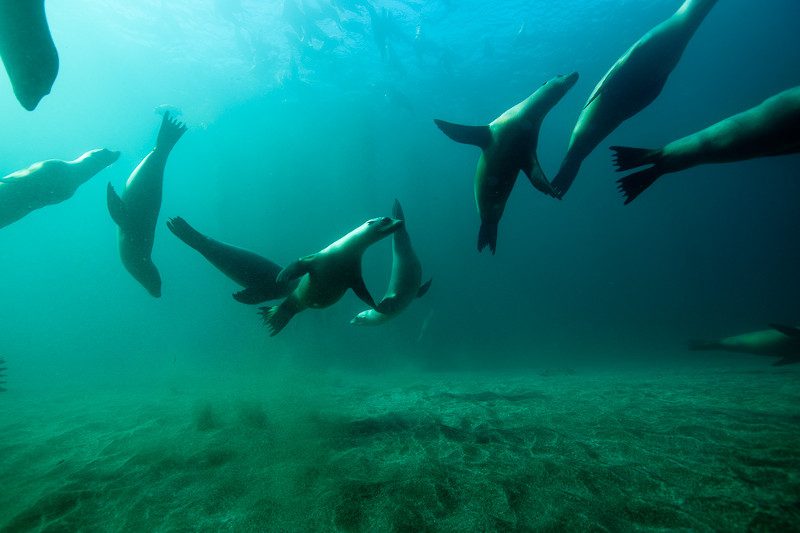 Forage fish are fast-growing and fast-reproducing. Left on their own, they often occur in astonishing abundance, with populations so vast they can be measured in the millions of tons.

Yet their fast-living lifestyle means that human fishers can’t afford to treat these fish like an endless resource. Sardines, anchovies and the like are very sensitive to food availability and ocean conditions, making them “boom” when the eating is good, and “bust” when it’s not. They’re particularly vulnerable to fishing pressure during the “bust” portions of their population cycle, when science-based catch limits gain extra importance.

Since 2007, Pacific sardine stocks in Oregon, Washington, and California have plummeted by over 90 percent. While poor environmental conditions had a role in this collapse, it was also triggered by years of overfishing and failure to reduce catch limits in tune with the sardine’s natural declines.

This fisheries crash has devastated whales, seabirds, and scores of other species along the West Coast that rely on sardines. The most visible casualties have been the thousands of dead and starving sea lion pups that have washed ashore in California. The worst of three consecutive years of unusually extreme sea lion mortality, 2015 lost an estimated 70 percent of the year’s sea lion pups to starvation.

How can we fix the sardine problem? The best solution might be to take another page from the sea lion’s playbook. Though they preferentially go for high-energy sardines and anchovies, sea lions eat less of both when these fish are scarce. The fishing industry would benefit greatly from following a science-based plan that ties catch limits to the sardine’s fluctuating population level.

Fortunately, a sea lion-like approach to fishing was put into place this year. In response to data about the sardine’s dwindling stocks and to Oceana’s campaigning, federal regulators shut the 2015 sardine season down early. The April closure, which will last for over a year, gives sardines time to recover and, with luck, will give sea lions a second lease on life. 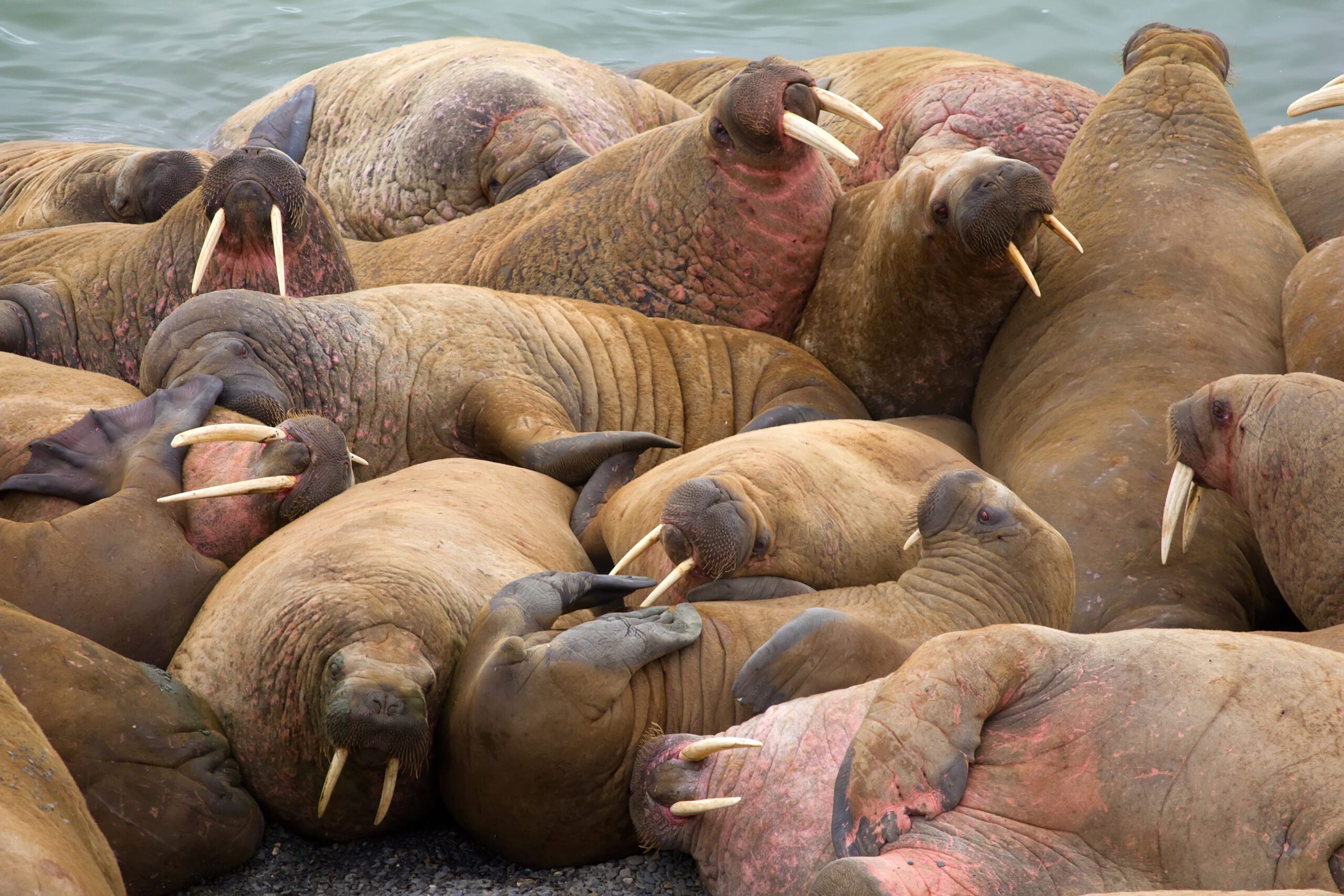 Walruses eat a huge variety of invertebrates, from crabs and snails to sea cucumbers and worms. Marine worms may be best left to the walruses, but one element of their diet is just as good for humans as it is for the ocean’s health: clams, mussels, and oysters.

Bivalves, whether farmed or wild, measurably improve the quality of the local ecosystem. A single oyster, for instance, filters 20 to 30 gallons of water a day, sucking up microscopic organisms and removing nitrogen, which in excess is a major marine pollutant. And, unlike farmed fish, farmed shellfish are self-sufficient when it comes to feeding themselves — no fishmeal or fish oil required.

Food for you, for pinnipeds too

Next time you’re at the grocery store, take a hint from a pinniped. Forage fish and shellfish — particularly shellfish farmed in the US, and domestically caught sardines, anchovies, mackerel, and herring — are a perfect way to feed yourself and help to save the oceans.