North Atlantic right whales are not built for the modern world. They’re lumbering swimmers that hang out at the surface, close to shore, along some of the busiest ports on the Eastern Seaboard. Slow whales around lots of fast boats and fishing gear? That’s a bad combination. Add in the renewed threat of offshore oil drilling, and these surface-dwelling whales could be in very deep trouble.

Without legal protection, North Atlantic right whales and many other species would likely be extinct. But back in 1973, a piece of landmark conservation legislation — the Endangered Species Act, or ESA — turned their fate around. This year the Act turns 44. It’s as relevant as ever, but now faces attack from the Trump administration.

Here at Oceana, we’re honoring Endangered Species Day (which falls on the third Friday of May) by celebrating the ESA and one whale it’s holding back from extinction.

Cities are full of hidden wildlife. Hawks perch on skyscrapers. Foxes and coyotes scurry along darkened streets. And North Atlantic right whales swim just offshore, migrating from Canada to Florida and back. 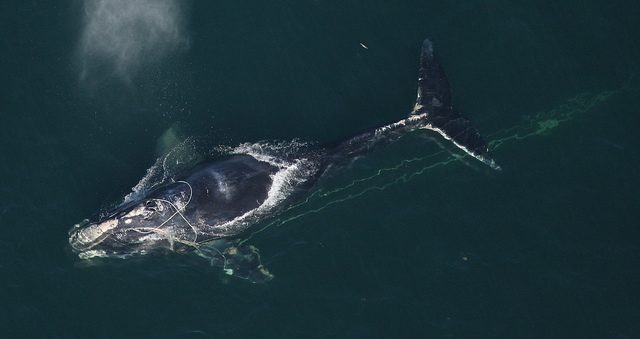 “You can imagine the gauntlet,” says marine mammal biologist CT Harry, of the International Fund for Animal Welfare. “They mate, give birth, nurse and feed in one of the most urbanized areas of the world.”

North Atlantic right whales have had the short end of the industrialization stick for a while now. They got the stick’s pointy end too, as easy targets for whalers’ harpoons in the 17th, 18th and 19th centuries. Overhunting decimated the population. And while New England’s whalers are long gone, human activities are still a problem. Ship collisions and entanglement in lobster gear are the biggest threats today. The whales can die from blunt force trauma and lacerations when they’re hit by ships, or slowly strangle and starve in ropes and lines.

That’s where the ESA comes in. It protects key habitat and sets speed limits for ships, explains Oceana marine scientist and campaign manager Ingrid Biedron. The North Atlantic right whale population hovers at around 500 individuals. That’s bigger than it was 11 years ago, when there were only about 300 whales, but still dangerously small. Losing even a few females could make the difference between recovery and disappearance for the whole species.

“Since they’re so endangered,” Biedron says, “any additional stressors could tip the population toward extinction.”

Besides boat impacts and entanglement, offshore oil drilling could be another big source of stress. Though the Obama administration halted plans to allow offshore oil exploration and drilling along the East Coast, Trump’s team is already taking steps to reverse this decision. On April 28, President Trump signed an executive order to expand offshore oil and gas into new areas, like the Atlantic, Pacific and Arctic. This week, the Interior Board of Land Appeals, part of the U.S. Department of Interior, reversed  the Bureau of Ocean Energy Management’s, or BOEM’s  January decision to deny permits for seismic airgun blasting in the Atlantic. BOEM is now reviewing the permits for seismic airgun blasting again — an about-face on Obama administration policy.

When the fossil fuel industry is looking for new oil and gas reserves, survey instruments called seismic airguns are towed behind ships in the areas of interest. These airguns shoot waves of compressed air from the surface of the ocean to the seafloor. The way this underwater sound wave echoes back to the surface tells prospectors if there might be oil and gas reserves below. Perhaps unsurprisingly, airguns are also very loud. That’s a problem for right whales because they use sound to navigate, find food, find mates and keep track of their babies. Airgun blasts “sound like dynamite going off underwater,” Biedron says. “The noise is so loud it could interrupt activities essential for survival.”

Lawyers point to the Endangered Species Act to keep the airguns away from North Atlantic right whales. The ESA charges the federal government with the responsibility to protect endangered and threatened species, and the places they need to survive. Some of the areas that fossil fuel companies want to explore are in places designated as Critical Habitat for North Atlantic right whales, where airgun blasting would threaten a species on the edge of extinction.

If this administration erodes or repeals the ESA to free up business development, things could go badly, quickly, for the fragile North Atlantic right whale population.

And it’s not just these whales that depend on the ESA. The Act also protects bald eagles, gray wolves, grizzly bears and many other iconic American species. Endangered Species Day celebrates national conservation efforts that stand up for American animals like North Atlantic right whales. This year especially, it’s also a day to think about our wildlife’s future. 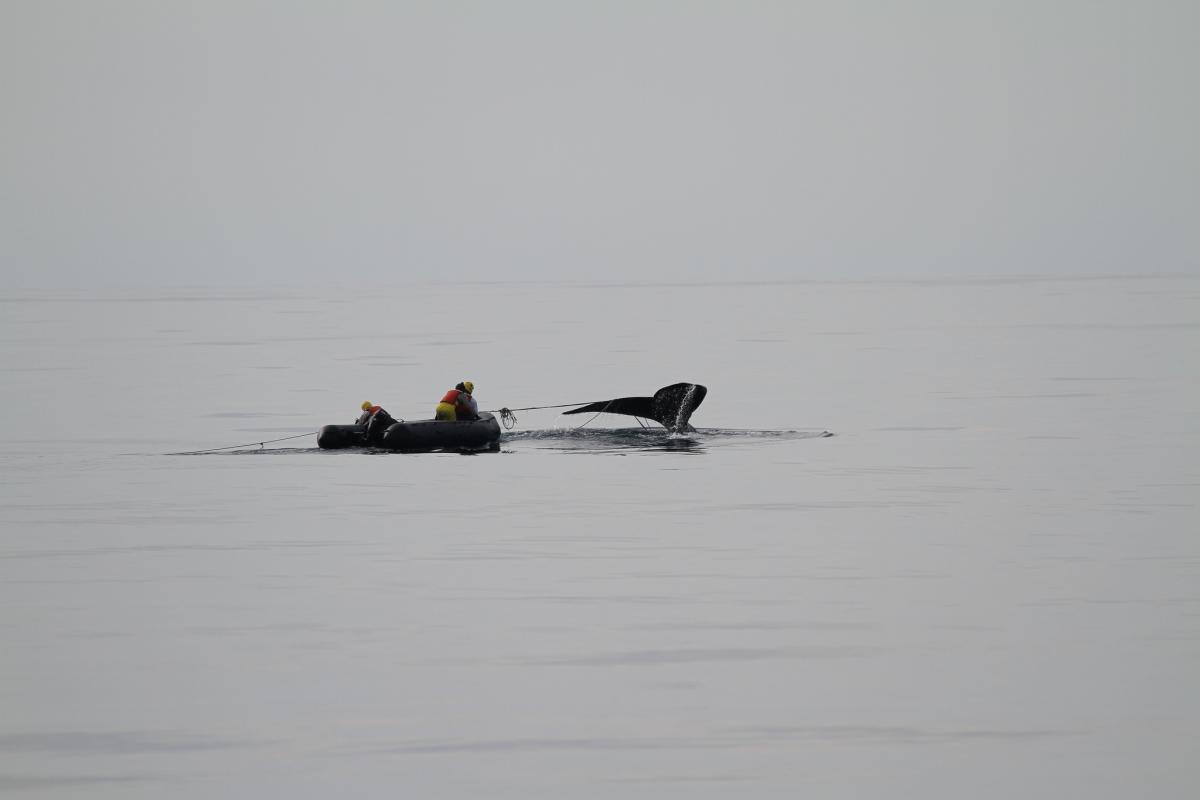