Elizabeth Wahler grew up in the “Crown of the Sea,” a coastal city in Southern California called Corona del Mar. It was here that she fell in love with the ocean, and it was just a few miles away, in Laguna Beach, where she attended her first Oceana SeaChange Summer Party in 2009 and discovered a way that she could help protect her own backyard.

Over the years, Wahler – now the chair of SeaChange – has deepened her commitment to marine conservation. She has helped to raise millions of dollars for Oceana and cement SeaChange’s status as one of the premier fundraising events in Orange County.

As the founder and CEO of Kiére Media, a digital marketing and software agency, Wahler brings valuable experience to the table. She specializes in brand storytelling and integrated marketing, and advises companies and nonprofits on a variety of matters, from crafting brand strategy to optimizing user experience.

A former journalist, Wahler joined the SeaChange team as media chair in 2010. She wasted no time launching an ambitious project: introducing live interviews to the SeaChange red carpet at a time when practically no one else – not even Facebook or Twitter – had done so. 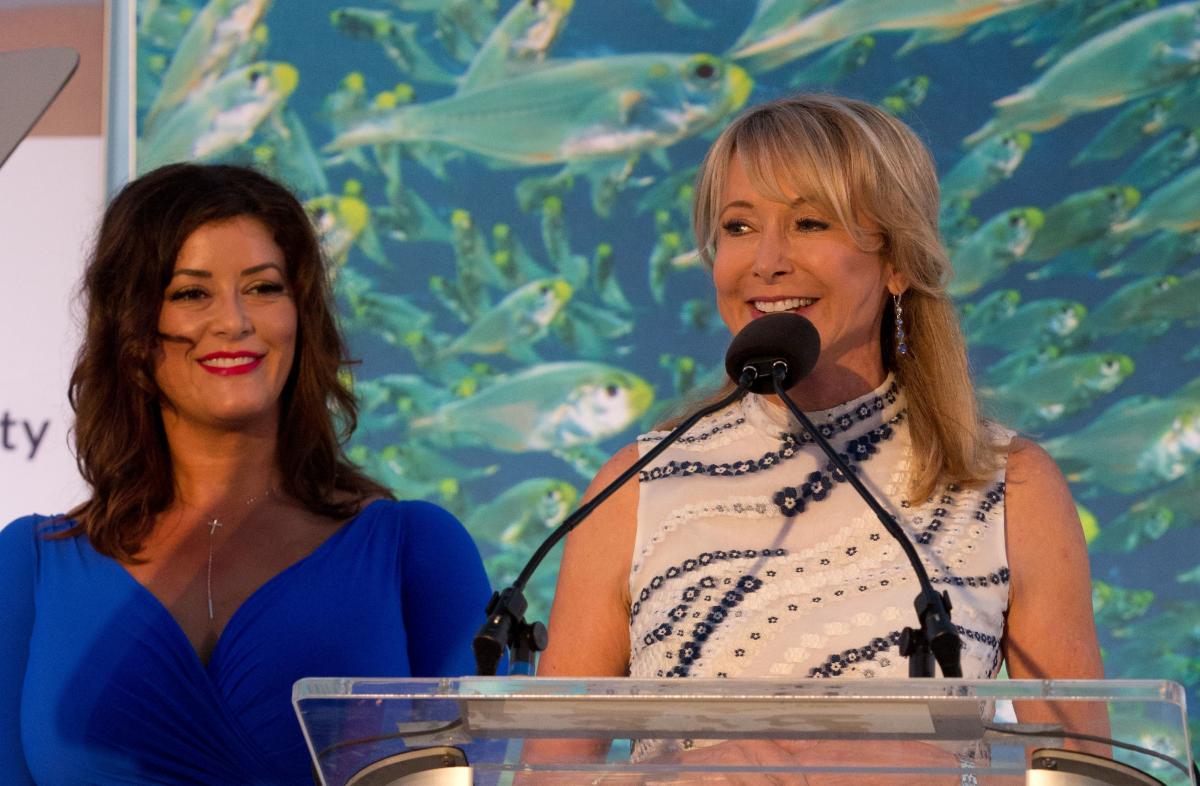 Wahler’s new role as the sole leader of SeaChange was announced last year at a donor event overlooking the Pacific. She remembers it clearly, because she was preparing to make a speech when an unexpected visitor turned up.

“I see this beautiful, majestic humpback whale come out of the water in all its glory and do a full flip. It was quite a show,” she recounted. “It was the first whale I’ve seen in its entirety. It was spectacular and just reminds me why I chose to work with Oceana.”

Wahler said she decided to support Oceana for three reasons: It’s a lean and efficient organization, it uses proven methods to drive results, and its mission is more pressing than ever.

“I love that Oceana wins,” Wahler said. “And even when they don’t, they still move the needle by taking effective, measurable action. I admire Oceana for being so laserfocused on results, and its dedication to protecting and preserving our oceans.

“We’re running out of time to save our oceans. We need to get everyone involved in the conversation so that we can have that – no pun intended – sea change.”

SeaChange plays a significant role in not only starting that conversation, but keeping it going, she said. The fundraiser has been named the “best gala in Orange County,” which is no small feat in a place reputed for its star-studded soirées.

“When people say SeaChange is the best – when there are hundreds of charity events to choose from and hundreds of ways to spend your money – it’s really humbling and fuels me to continue to strive for excellence in being of service to our oceans,” Wahler said.

She plans to build on SeaChange’s success and attract more allies who lead by example. Her goal for 2025 is for over half of the luxury brands that participate in SeaChange’s silent auction to have a proven track record in sustainable production.