We arrived in Tortel in the dark, after the long drive south into Patagonia. It was a surprise what we’d find in the morning, when we threw open the curtains to our cottage. Through the early rain, a lush verdant view greeted us, of mountains, hillside cottages and green-gray water down below.

That first morning in Tortel, we headed out onto the water to take photos and videos of marine biodiversity. We took a small boat about an hour out into the fjords of Katalalixar, to Canal Troya. The underwater world there sees the mixed influence of ocean inflow and river outflow. Two enormous ice sheets flank Katalalixar, and their runoff floods the water with sediment and minerals that color it a lovely greenish hue. 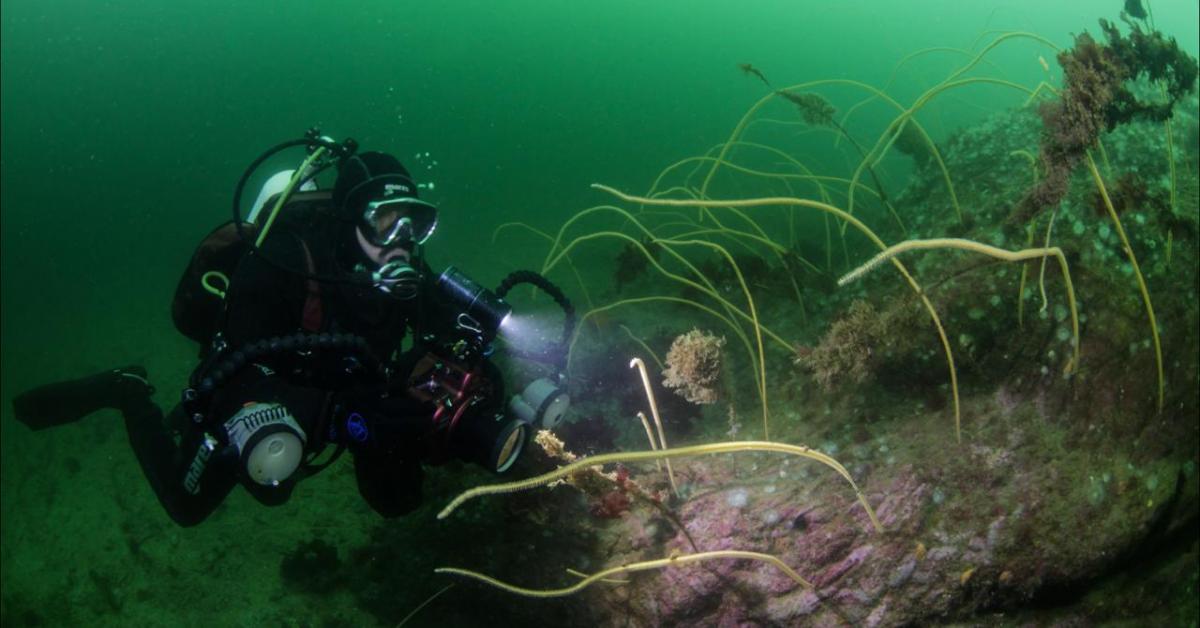 Thanks to the glacial runoff, Canal Troya is also of scientific and conservation interest. The area was once covered by glaciers, and as they’ve retreated, the ecosystem continuously changed. These fjords are filled with glacial melt, so there’s a lot of freshwater, which can create unique conditions and compositions of species. Past expeditions have shown that this area is home to southern polar species and northern temperate species, which are an unusual mix. It’s a place still in development. The species here are relative newcomers, at least on geologic timescales.

“There is a lot of research focus on glacial retreat,” said Américo Montiel, an associate professor at the Patagonia Institute of the University of Magallanes. “That also means the marine area is increasing, which receives less attention.”

As we left Tortel and motored out to Katalalixar, the water turned from turbid light green-gray to brighter blue-green, signaling that we’d reached an area where more seawater had permeated. We couldn’t go diving close to the source of the freshwater because the visibility is low, so we went seawards. As the water cleared, we turned toward some islets where algae grew along the low tide line, creating the surprising and beautiful illusion of gold-embossing. 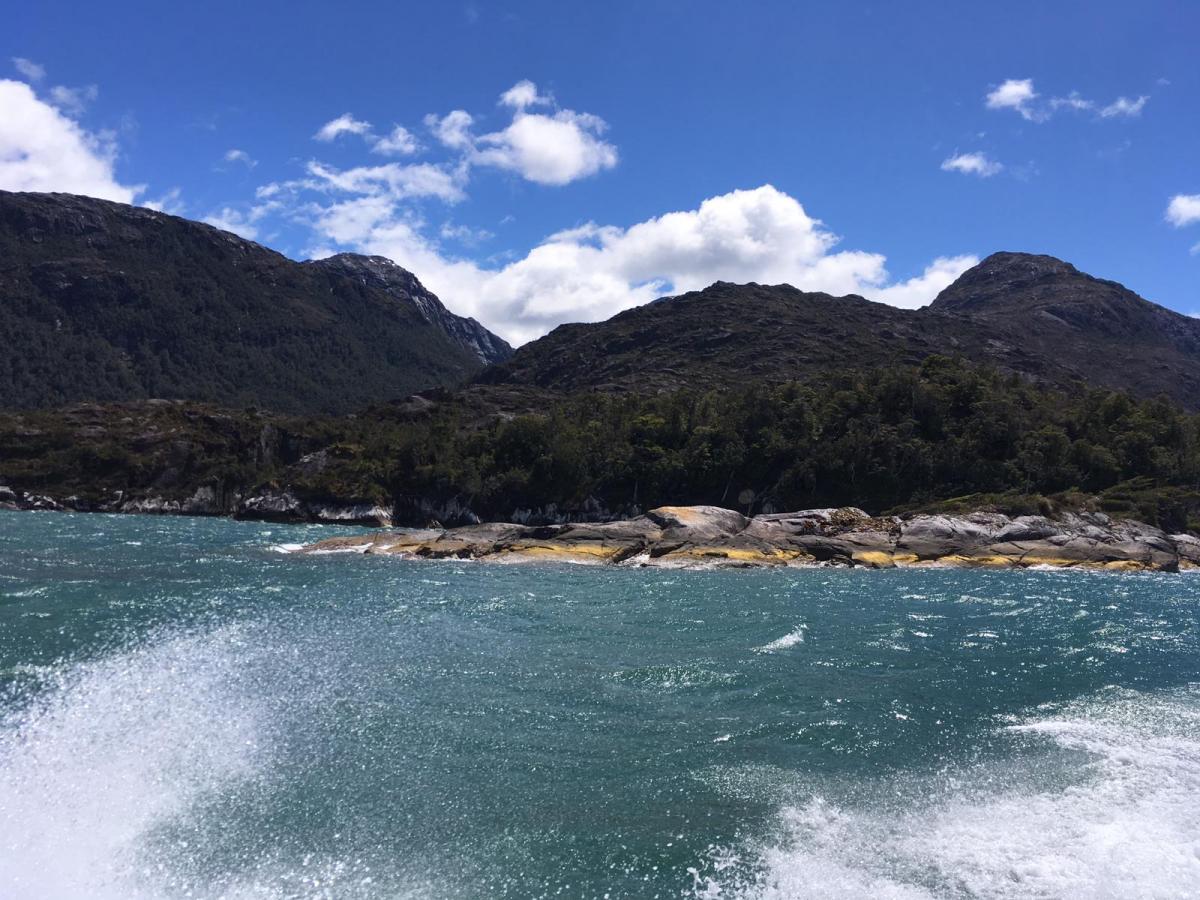 Canal Troya was the most brackish water we’d dive in all week. We searched for a suitable place, our professional divers discussed their dive plan, suited up and jumped in.

Later in the week we’d dive in more oceanic conditions, exploring the fauna of other sites. Some of these places are new to divers, and our team was the first to see them. Without training, it could be very dangerous work, but our team is well-equipped.

Conditions were rough on the water over the weekend, but the fog and rain only heightened the atmosphere of adventurous discovery. Rock walls and forested mountains loomed out of the fog as our little boat approached. It truly felt like we could discover something around every islet.

On our final day after a week of diving, we did our last surveys of Katalalixar, which was rich with fish and crustaceans. The divers photographed creatures large and small, from seafloor invertebrates to marine mammals. Later, the footage will help our team identify species, and their behaviors.

Patagonia is a place of contradictions, where melting ice sheets marry saltwater flows. It’s a place where discovery is still possible, where the landscape still feels wild. It’s a place that will stay wild, if we study it, and if we protect it.

Expedition diaries chronicle Oceana’s fieldwork around the world. For the previous post from the series, please click here. 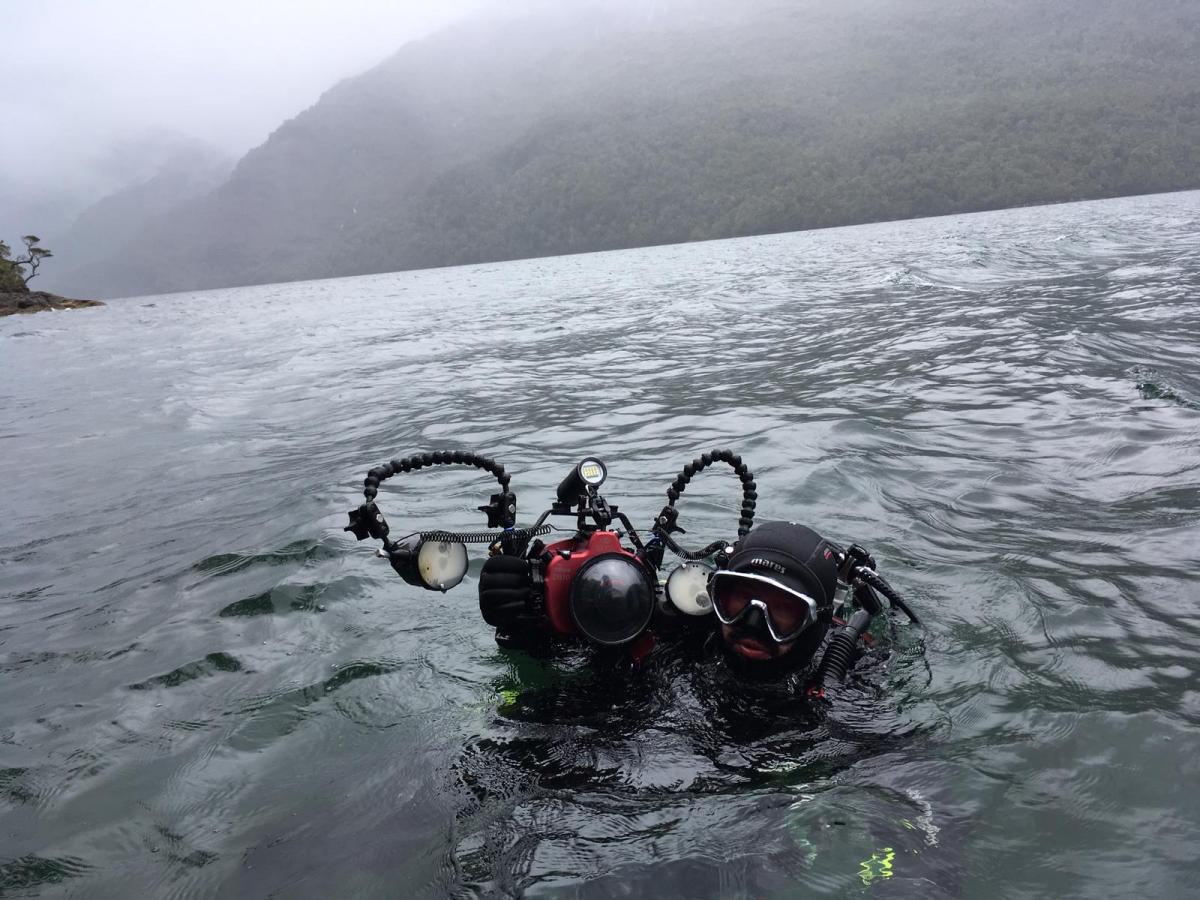