Field notes: In the Philippines, the quest to glimpse a tiny giant

Like a sports team before a big game, we clasped our hands and bowed our heads in prayer — except we were in the middle of Tañon Strait, surrounded by sweaty boatmen. 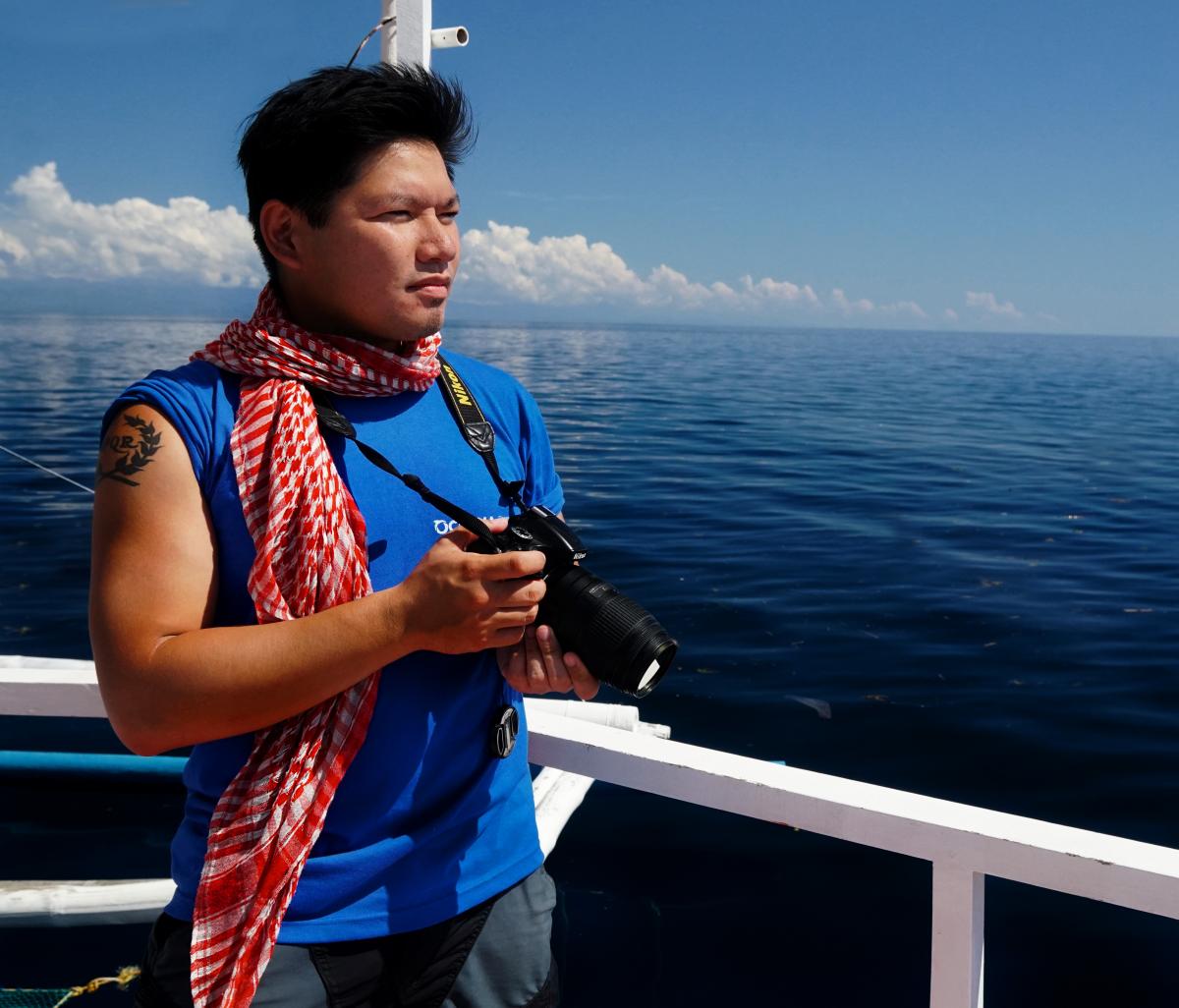 Captain Ricardo Reynaldo finished his prayer and gestured to the water, strangely calm that morning. Bottlenose, spinner and Risso’s dolphins are common here, he said. Our quarry, the pygmy sperm whale, is elusive.

These shy, 3.5-meter relatives of the giant sperm whale don’t leap or spout, so it’s almost impossible to spot them save in the calmest of seas. In fact, our captain hasn’t seen one in three months. “But perhaps,” he says with a smile, “someone down there heard our prayers.”

Aboard the M/Bca Ezrha, our sea-squad had sailed from the quaint coastal town of Bais to the center of Tañon Strait, one of the biggest protected seascapes in the Philippines.

Thirty minutes after our prayer, our crew was swapping tales and eating breakfast on the boat, eyes occasionally scanning the horizon for our quarry. Suddenly, the grizzled captain pointed to a seemingly empty patch of sea, abuzz with red-necked phalaropes. “There! Look at the birds!”

A league off, the blue water began to churn under the circling phalaropes. Our boat approached the roiling, bubbling mass. Seabirds squawked overhead. “It is a bait-ball,” a boatman explained — a giant school of small fish driven up from the depths. By its fringes I noted dark, triangular dorsal fins. Dolphins. And dozens of them!

Suddenly, they started jumping. The passengers clapped and cheered. I grinned as I caught myself clapping along with everyone else. I’ve been watching dolphins for years, and it’s like this every time.

Tañon Strait, a 161-kilometer channel dividing the islands of Cebu and Negros, is home to 14 species of whales and dolphins, most of which can be seen off Bais. Their abundance is proof of a healthy ocean. 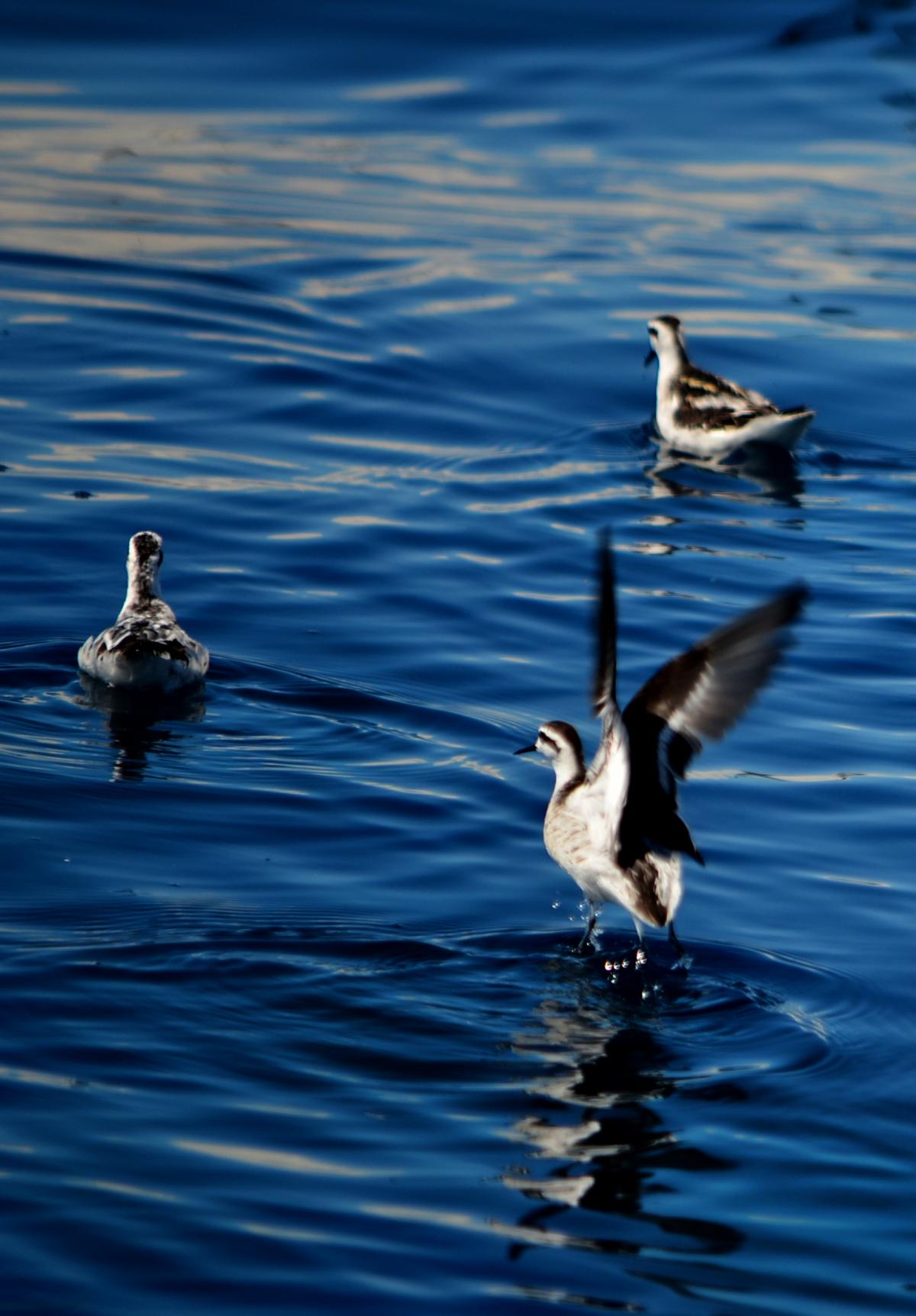 “Cetaceans are extremely important for the marine ecosystem,” said AA Yaptinchay, the director of the conservation nonprofit Marine Wildlife Watch of the Philippines. “Most are apex or top-level predators which regulate populations of fish and squid — thereby keeping the ecosystem balanced to promote diversity.” Huge whales also fertilize the ocean with their poop, he added, which encourages plankton growth.

Once hunted for their meat and blubber, all cetaceans are now protected in the Philippines. Still, many drown after accidental entanglement in fishing gear. Globally, over 300,000 whales, dolphins and porpoises die this way every year. Other threats include marine debris and plastic pollution, habitat destruction, overfishing and hunting in remote parts of the country.

Tañon Strait’s thriving whales and dolphins draw tourists, bringing income to coastal communities. “Charismatic creatures like dolphins bring in millions of pesos from ecotourism, enriching the lives of the people of Bais and other coastal areas,” said Gloria Estenzo-Ramos, head of Oceana in the Philippines. “When done right, tourism is solid proof that many animals are worth more alive than dead.”

Right now, Oceana is fighting for the future of Tañon’s marine mammals. The team is protecting vital habitats, and working with local allies to ensure there’s enough fish to feed both wildlife and local fishing communities. Recently, Oceana, other nonprofits and the Philippine government began pilot-testing a vessel monitoring system to combat rampant illegal commercial fishing in the Strait.

From the boat, we observe Tañon Strait’s stars in action. They’re spinner dolphins, distinguished by their elongated snouts and acrobatic leaps, somersaults and corkscrews.

After a few frenzied minutes, Captain Reynaldo shouts the three words we’ve been waiting for all morning: “Pygmy sperm whales!”

Drawn to the commotion, a pair of the whales have come to feast on the bait ball. We don’t approach, staying the prescribed 100 meters away. I snap shots as fast as I can, but they’re too far out. I exhale and reluctantly lower my camera. After a magical minute, they’re gone.

Soon more boats arrive and we head back to Bais to let other visitors enjoy the morning. Captain Reynaldo unleashes the coup-de-grace: cold drinks and frozen watermelons. We laugh and dive in. As the dolphins and whales have their breakfast, so do we. 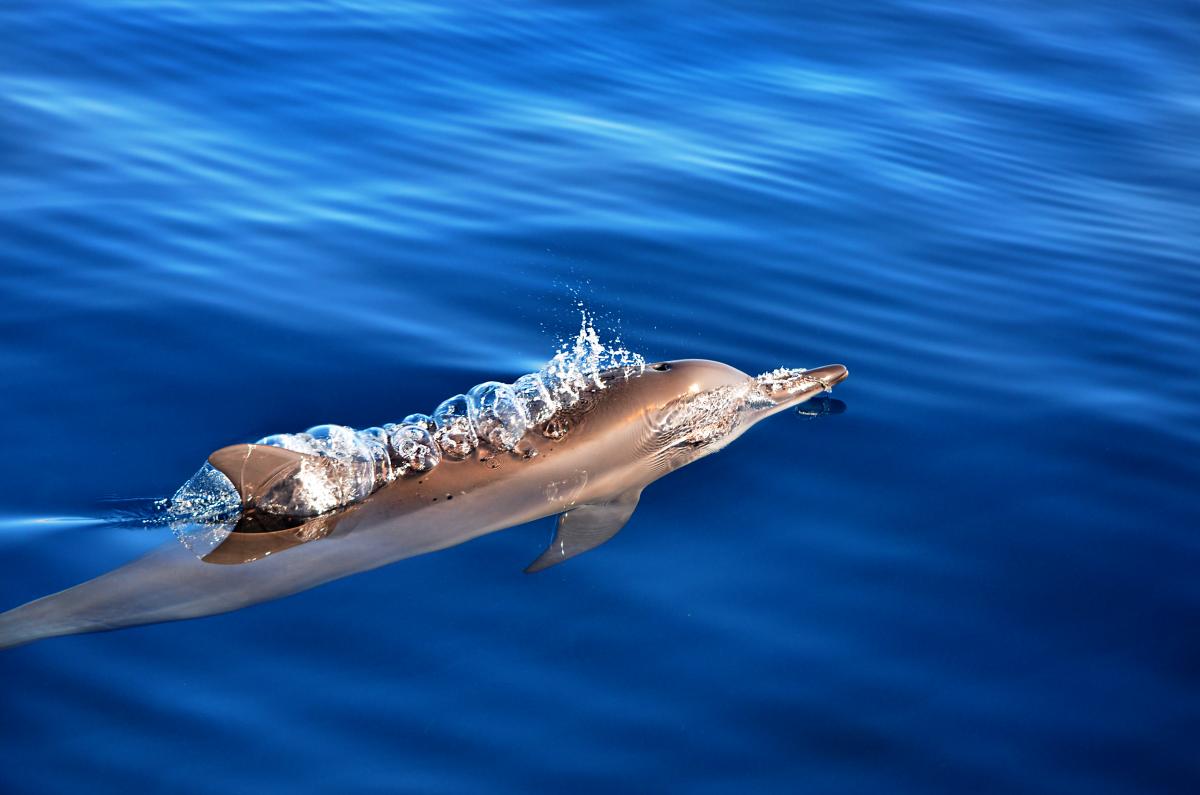