This fish is delicious and sustainable, but nobody’s buying

If someone mentions butterfish you may smack your lips, absolutely want to avoid it, or just scratch your head. That’s because the prolific and sustainable Atlantic butterfish, an oily little species ranging from Florida to Newfoundland, has some big mistaken identity issues. Consider these top hits from web searches:

“Butterfish is my new favorite” reads one Trip Advisor headline about a Baltimore restaurant. The diner called it “maybe the best fish I’ve ever eaten.” Celebrity chef Roy Yamaguchi has gotten national press for his butterfish recipe, which the Hallmark Channel deems “a scrumptious seafood dish that will melt in your mouth!”

But just as you’re savoring the thought of butterfish you see the Livestrong cancer site: they agree about the delicate flavor, but warn against eating more than 6 ounces per meal because it “can cause the sickness known as keriorrhea (which) turns your stool orange.”

Dig deeper, and the confusion grows: Chef Roy has roughly 30 restaurants that may feature butterfish, but the menu notes that it is actually Alaskan black cod.  And the butterfish Livestrong warns you about? It’s escolar, a deepwater species that has nothing in common with Atlantic butterfish.

The confusion is relevant because the real butterfish could appear at a restaurant near you.  In 2017 the National Oceanic and Atmospheric Administration found that Atlantic butterfish “are not overfished and not subject to overfishing.” They’re tasty too.

“I love them, they’re absolutely delicious,” said Gregory DiDomenico, executive director of the Garden State Seafood Association. Commercial fishermen have taken note. DiDomenico told NOAA that “people are very much looking forward to getting into this fishery. That means jobs on the boat, jobs at the plant, and fishermen buying more gear.”

Yet even with abundant stocks of tasty Atlantic butterfish and people ready to catch them, the fish still need another ingredient: good branding.

“I think in the market we’re seeing a desire for species that are not well known,” and people do appreciate knowing that what they’re eating isn’t overfished, Nash said. Gut reactions matter too. Consumers perceive value based on the size of the seafood, its flavor, texture and appearance. Not only that, but “they’re always going to compare it to something else,” Nash said. “The question is, what is butterfish most closely aligned with in the market?”

Diners might compare it to white-meat fish like cod, grouper or flounder, for example, or to species such as tuna, salmon or mackerel. “And then of course, the big question after that to the restaurant chef is what’s the availability and how much is it going to cost?” Nash added. 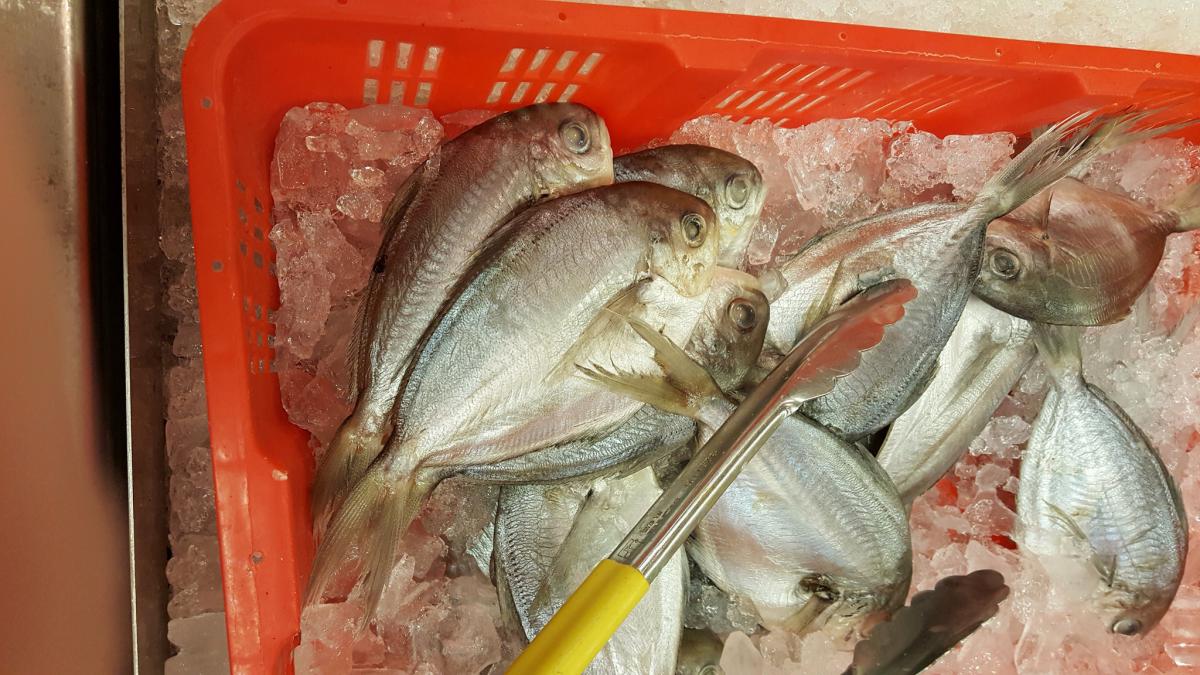 DiDomenico said Garden State commercial fishermen had high hopes for a big new Atlantic butterfish market, but so far “that really has not panned out.” With so many seafood choices already on the table, U.S. consumers just aren’t embracing the small fish that don’t yield big fillets or steaks, so are more suited to cooking whole.

For Atlantic butterfish or other unknown species to find a permanent place on menus, Nash said they’ll need a marketing campaign. Someone will have to familiarize chefs and the public with the real butterfish, and then figure out costs, availability, and who to sell it to.

DiDomenico doesn’t think fishermen or chefs are ready to put a lot of time or money into Atlantic butterfish, though he noted there is a potential for change. A few decades ago few Americans ate squid, but now calamari is ubiquitous, and squid are a worldwide market.

In restaurants across the South, another abundant fish rose from obscurity. Danny Itzkovitz of Tamara’s Cafe in Apalachicola is one of many chefs who recently started serving lionfish. That’s a predatory invasive species with booming populations that can harm native fish and habitats, so much so that biologists and fishermen are trying to eat them into submission.

Itzkovitz has used lionfish for tacos, ceviche and fried-whole specials that look gorgeous on the plate because of the lionfish’s large, fan-like fins.

“Everybody seems to be intrigued by it,” he said of diners, and the flaky white meat tastes great. But lionfish are harvested by spear fishermen, limiting the potential catch. And Itzkovitz said he doesn’t think the fish really helps his bottom line that much. “People come here for grouper and snapper and oysters and shrimp,” he said, all the best-known local seafood.

DiDomenico said there’s now a limited fresh market for Atlantic butterfish, mostly among ethnic groups who are used to eating whole fish, and he hopes they’ll someday get interest from a larger domestic or foreign market.

“We have high quality fish,” DiDomenico said, and an official yearly quota of 17,801 metric tons that could find a market in different ways.

Interested in trying butterfish for yourself? One legendary seafood dealer sells them by mail. Pittsburgh’s Robert Wholey & Co., founded in 1912, call butterfish “one of the best-kept secrets in seafood,” since they look great on the plate and taste even greater.