You might never have heard of Atlantic menhaden before, but if you take fish oil supplements, there’s a good chance you’ve consumed these small, smelly fish in pill form. Though Americans spend $1.2 billion on fish oil every year, there’s scant evidence that these pills are the heart health boon they’re made out to be. And when it comes to catching certain species to ‘reduce’ into oil, we could be doing a world of harm to marine ecosystems.

“The supplements industry ignores or dismisses randomized trial evidence that does not favor its products and promotes less rigorous evidence to support use of its products,” said Andrew Grey, an associate professor of medicine at the University of Auckland in New Zealand.

Grey authored a 2014 analysis on fish oil in JAMA Internal Medicine that compiled 24 of the best studies on fish oil from the world’s most prestigious scientific journals. He found 22 of the 24 studies showed no evidence to support fish oil’s prevention of heart attacks.

And he is not alone in his research, either. Among numerous other investigations, information compiled by the National Center for Complementary and Integrative Health also found that “omega-3s in supplement form have not been shown to protect against heart disease.”

Aside from the controversy surrounding the heart benefits of fish oil, another issue remains: Oxidation. A study in the United States, referenced in the Journal of Nutritional Science, found that 27 percent of fish oil products tested were found to have more than twice the recommended levels of oxidation.

Fish oil is extracted as a byproduct from oily fish like menhaden or anchovies. When the fish are ground up, they’re exposed to oxygen, and it doesn’t take much oxygen to turn fish oil rancid. Oxidized fish oil can cause inflammatory responses inside human cells that can lead to health problems such as cardiovascular disease — the exact disease the capsule claims to prevent.

The problem with menhaden

Menhaden is a foot-long, oily fish that spends its life off the U.S. Atlantic coast feeding on algae and converting it exceptionally well into omega-3 fatty acids.

Each individual menhaden filters up to 7 gallons of water per minute, clarifying the water and, in turn, allowing sunlight to penetrate through to the sea floor and stimulate vegetative growth vital to the ecosystem. They also play an integral part in the food web, feeding many of the fish we love to eat — striped bass, bluefish and tuna — as well as those we love to admire, such as whales and dolphins. 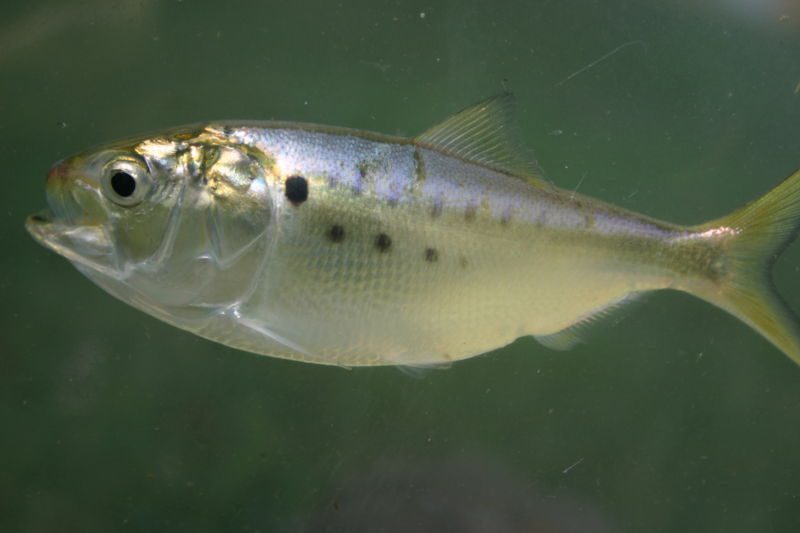 Most people consider menhaden to be inedible, but we still catch plenty of them for other uses. Omega Protein Corp., a Houston-based company with a monopoly on the menhaden industry, processes these fish into meal (used for fertilizer and animal feed) and fish oil at a plant in Reedville, Virginia. Three-fourths of the Atlantic menhaden caught coast-wide are done so by the company’s fishing fleet.

H. Bruce Franklin, historian and author of “The Most Important Fish in the Sea,” said that catching huge numbers of menhaden for fish oil would be the equivalent of grinding up the world’s bees to make aphrodisiacs — there’s no science to support doing it, and it would trigger the collapse of agriculture.

“What we have here is the looting of the most important fish in the sea,” he said, “taking out of the sea billions of these fish for no reason other than to enrich the shareholders and offices of one company.”

Tess Geers, Marine Scientist at Oceana who studied menhaden in the Gulf of Mexico, said the Atlantic menhaden fishery is presently smaller than the Gulf’s because it is still recovering from historic depletion. Despite the latest stock assessment report finding Atlantic menhaden populations are not overfished, she said, today’s menhaden population is not able to fully fulfill its ecological role along the entire Atlantic Coast.

But it’s not all doom and gloom for marine ecosystems depending on menhaden, or for consumers looking to improve their health.

“New technology exists to fill supply issues for EPA and DHA [two types of omega-3s], like algae and GMO-based technology,” said Doug Bibus, an expert on fatty acids at the University of Minnesota.

As a sustainable alternative, Franklin and Geers suggested, consumers can eliminate the middleman, aka menhaden, and instead try taking omega-3s directly in the form of algal oil supplements. Or they can simply eat more whole fish, a low-cholesterol protein packed with omega-3s and brain-boosting nutrients like riboflavin, iron and calcium.