Forecasting coral disease outbreaks could buy time to save reefs

Hawaii’s knobby finger coral careened toward extinction in 2015. The species was so rare that scientists could only find a few fragments in the wild, scattered across the seabed of Oahu’s Kaneohe Bay.

It might have been a familiar story. Vanishing species like Southern Resident orcas and North Atlantic right whales pile up in the news. Outlooks are especially bleak for corals. Rising ocean temperatures cause bleaching, which has killed 30 to 40 percent of reefs worldwide in recent years. But the knobby finger coral’s story didn’t go that way, thanks to computer forecasting: science’s crystal ball.

In the spring of 2015, David Gulko, a coral ecologist for the state of Hawaii, knew the knobby was in trouble, and that oncoming summer temperatures might cause bleaching, making matters worse. So he collected a few knobby pieces, just in case, and brought them back to a lab in Honolulu with about two dozen other rare coral species, he said, “to create a coral ark.”

Gulko saw trouble coming thanks to Coral Reef Watch: a United States government tool that forecasts bleaching four months out, based on predicted sea surface temperatures. Buying that kind of time gives scientists a chance to respond, meaning better odds of saving reefs, and in this case, the chance to put knobby corals on life support in a lab.

The science to forecast bleaching now paves the way to predict other coral diseases, said reef specialist Mark Eakin, who heads Coral Reef Watch for the U.S. National Oceanic and Atmospheric Administration in Washington, D.C. Alarming headlines mostly focus on bleaching as a reef-killer. But really, it’s the most famous of dozens of afflictions slamming corals around the world. Lesser-known diseases can be just as devastating. Now, the science to foresee them is advancing fast. 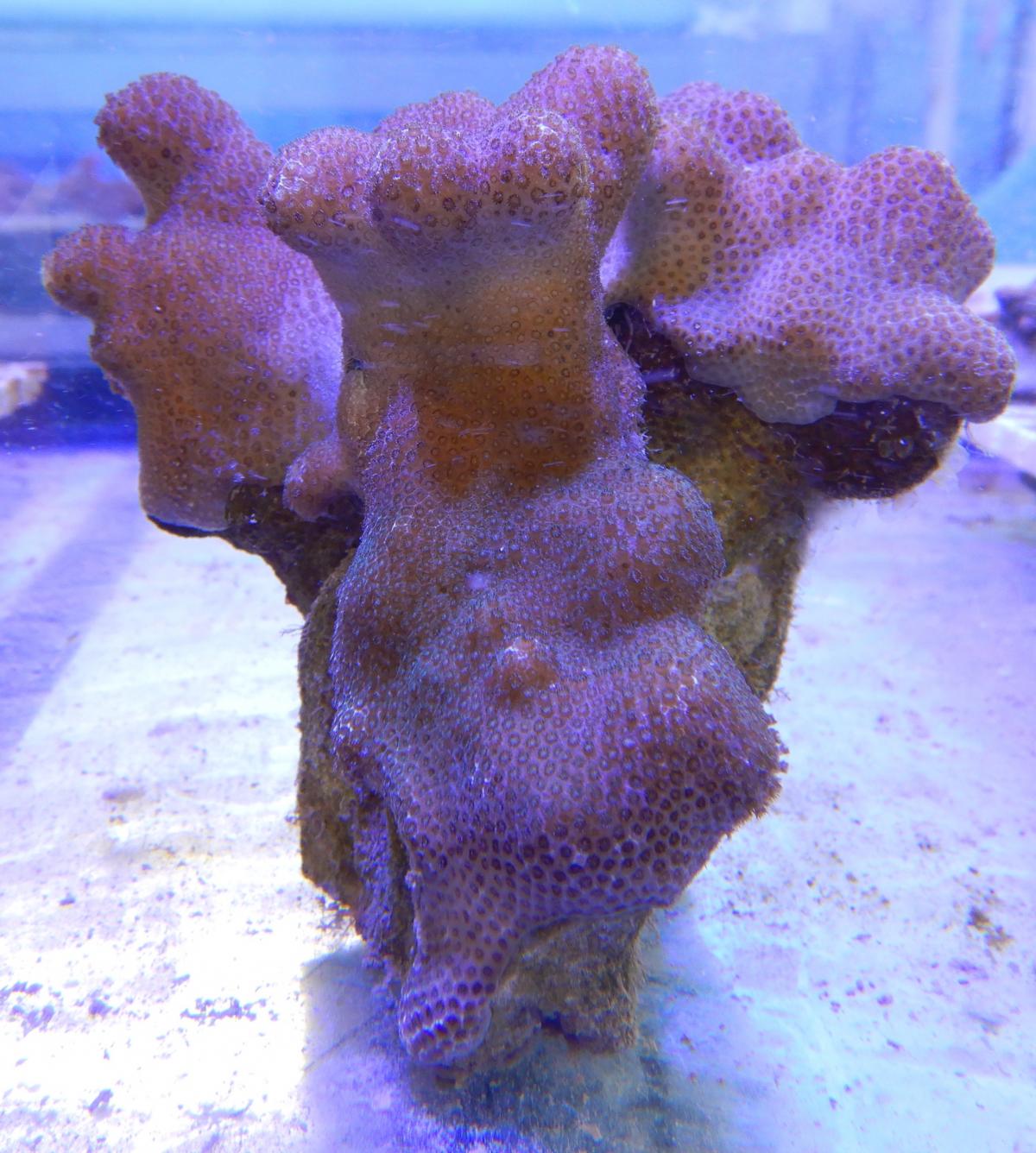 Coral bleaching is the low-hanging fruit of reef diseases. It’s the easiest to understand and predict, because it’s caused by one thing: heat stress. Know when and where temperatures will be weird, and you’ve got a pulse on bleaching too. Not so with other coral diseases, said marine disease ecologist Drew Harvell at Cornell University in Ithaca, New York. Those are caused by multiple factors, she said, “so it’s not nearly so exact a process to predict.”

The field is also relatively young: Coral disease research took off in the late 1970s, when a pathogen called white band syndrome swept through the Caribbean, killing 80 percent of the region’s once-dense coral cover. White band attacked the stately elkhorn and staghorn corals that built most of  the reef, killing 95 percent of them. Both species remain critically endangered. Outbreaks continue to ravage Caribbean reefs, including episodes off Florida and Mexico this year.

Causes of coral diseases are incompletely understood, but heat or cold stress are implicated in a variety of illnesses, possibly because they compromise coral’s antibiotic mucus coating. Temperature definitely plays a role in some ailments, said Megan Donahue, a quantitative marine ecologist at the University of Hawaii at Manoa, but so can water quality, coastal land development and fish abundance, among other factors.

Attempts to forecast disease outbreaks only began in the last decade or so, Donahue explained. A few studies have used temperature data to predict white syndrome outbreaks in Australia and Hawaii. Coral Reef Watch recently used those studies to make the first forecasts of disease risk around the world.

But the predictive power of temperature isn’t as good for other diseases as it is for bleaching. And global forecasts based on one disease in a few locations are limited, Donahue said. Temperature is a good starting point because heat stress has been a smoking gun before. But the picture is incomplete. Now, Donahue and a team of international researchers are vastly improving those disease forecasts. 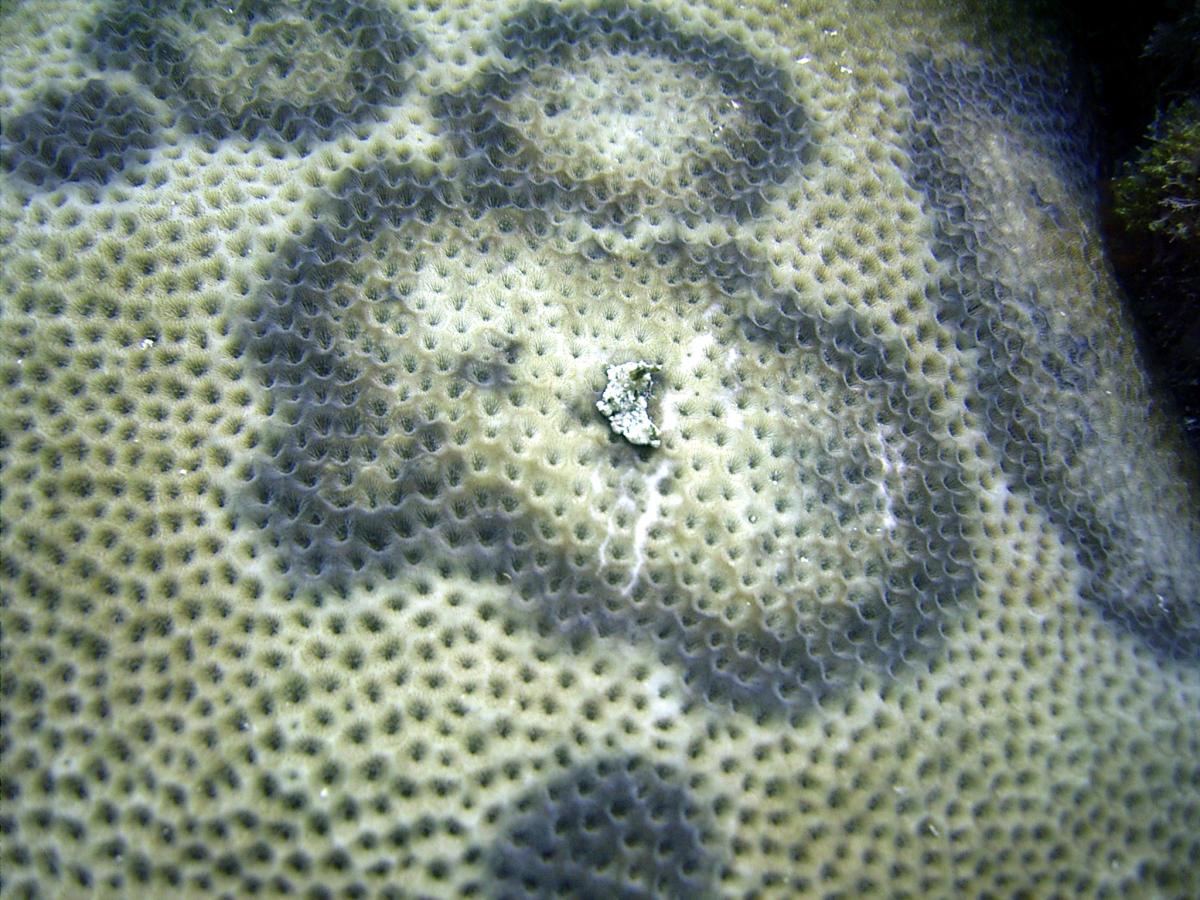 Building the next crystal ball

NASA awarded Donahue’s team $1.026 million in 2017 to forecast coral diseases across the Pacific. The team will expand the geographic scope of Coral Reef Watch’s existing tool, and do it based on multiple diseases. They’ll layer in new factors (besides heat stress), like water quality and coastal development, to generate a baseline disease risk, and then adjust that baseline with temperature forecasts.

“We’re still at the forefront of figuring out how water quality and land-based stressors are influencing disease,” said Jamie Caldwell, a post-doctoral fellow at Stanford University in California, also leading the project. “The field has come a long way in some respects, and in others we really are still in the very beginning.”

Ultimately, the hope is to foresee outbreaks. And to do it with the same accuracy as bleaching, up to four months ahead of time. It’s a new and “very challenging goal,” said Cornell’s Harvell, who is not involved in the project. “But I do think it’s doable,” she said. “We’re a little bit powerless in the face of climate change to stop warming events before they happen, but with a lead time, there are management possibilities.”

Closing contagious reefs to tourists, or making snorkelers bleach their gear after a swim, could avoid spreading anything infectious. More warning would also give scientists a chance to study diseases that can appear so suddenly and so remotely that finding them today is like locating a needle in a vast ocean haystack. Coral illnesses are on the rise, and better science might be the first step to a cure. 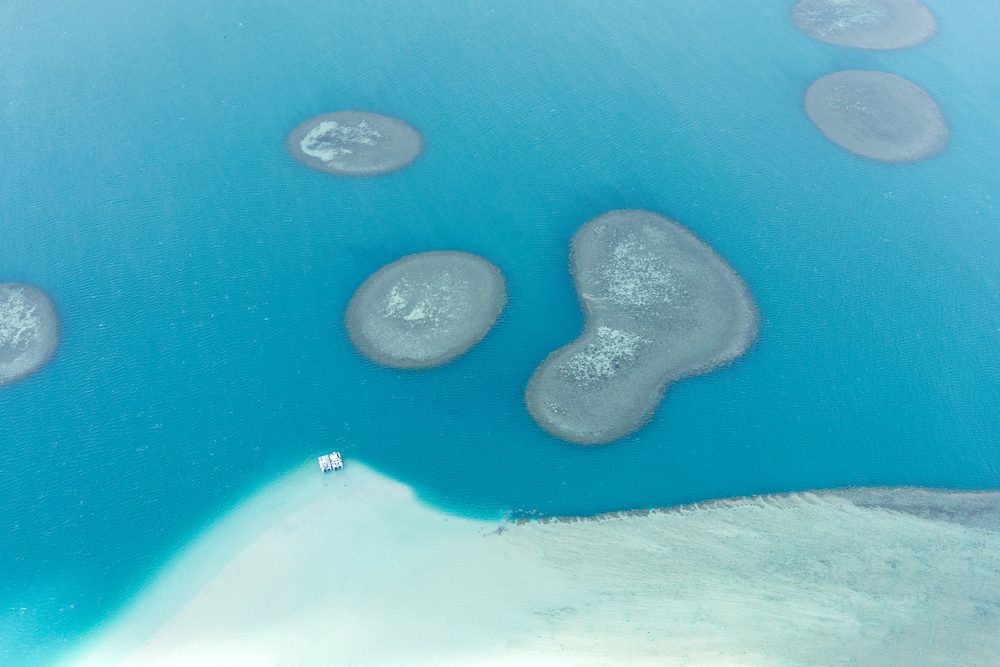 The knobby finger coral certainly isn’t complaining. When bleaching hit as predicted in 2015, the species disappeared from Kaneohe Bay, one of the few places it was known to occur. After the bleach, “nothing was left,” Gulko said.

A few nubby pieces are probably the last of the species, growing in the controlled environment of Honolulu’s coral nursery. If not for the coral ark, they might be gone by now.

Hawaii’s knobbies have done well in captivity. This autumn, Gulko will reintroduce a few healthy specimens to Kaneohe Bay, “exactly where we got it,” he said. “We’re hoping that, lacking another large bleaching event, these will survive and expand.” And if they don’t, Gulko still has more fragments back in the nursery.  “My gut feeling,” he said, is “because we did this, we probably have a good chance of keeping the species from going extinct.”

Obviously this situation isn’t perfect. Knobby coral is still very much on life support. At least for now though, one species staved off the end. And that is something.

As the slow rumble of ocean warming accelerates to a howl, there will be more stories like the knobby coral’s. Forecasting may not save them all. For some, it may only stall the inevitable. Standing in the way, even for a moment, is a manner of howling back. 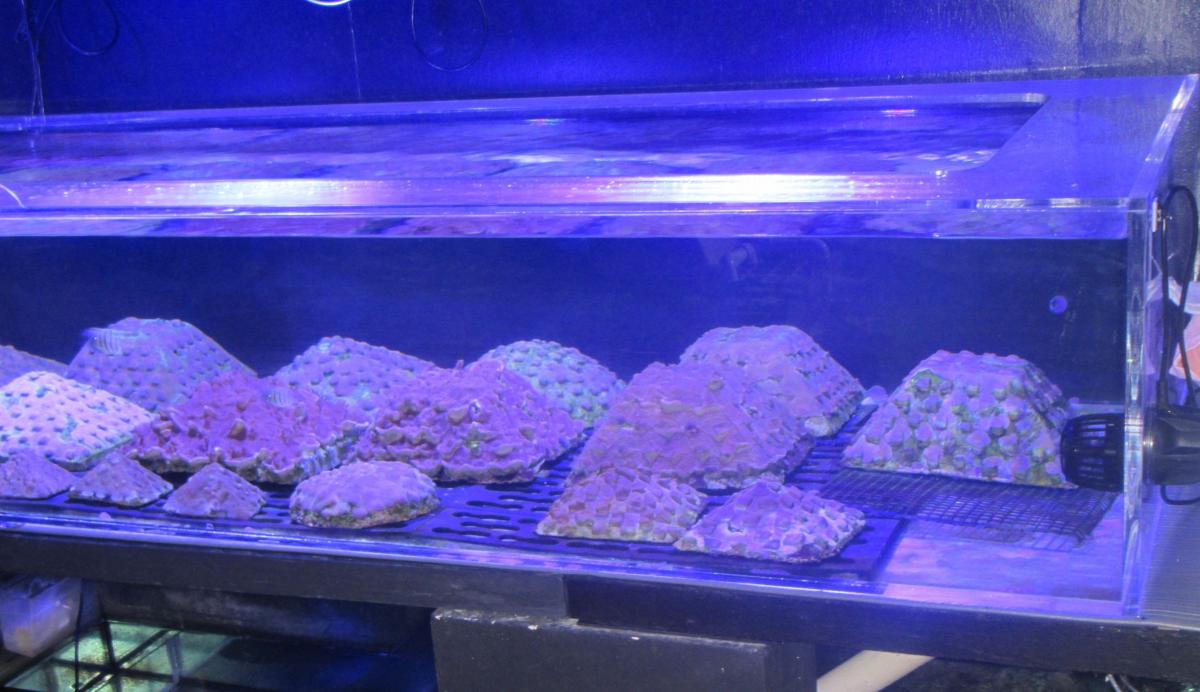