In spa-like “seeps” hundreds of meters beneath the ocean, methane bubbles rise from the seafloor in streams, screens and torrents. These bubbles, burped from pockets in the earth’s crust, fuel a weird world of saucer-eyed fish, furry crabs and sponges like ruffled lace collars.

We’ve only known about the existence of methane seeps for a few decades. For most of that time, the prevailing wisdom was that seeps were islands in the dark, ecologically isolated from the rest of the sea — and certainly from us air-breathing landlubbers.But as our understanding of these bustling ecosystems grows, it’s becoming clear that seeps are more common and more important to the planet than science once assumed.

From seep to shining seep

Methane seeps form along continental margins, where the edges of land masses butt against the ocean floor. According to Andrew Thurber, a marine ecologist at Oregon State University, the “happy place” for these ecosystems is usually between 600 and 1,200 meters. There, methane gas escapes through fractures in the earth’s crust and percolates upwards through a blanket of rock and sediment. 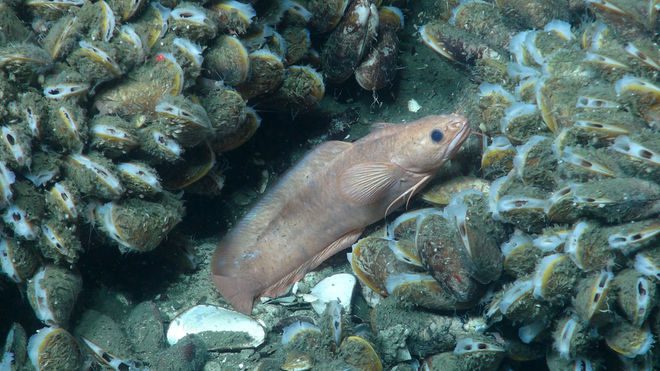 “It can look like a Jacuzzi,” said Lisa Levin, director of the Center for Marine Biodiversity and Conservation at the Scripps Institution of Oceanography. “I’ve seen massive walls of bubbles coming up where you can’t even see through them. It’s kind of a pretty scene.”

Seeps are the mellower cousins of hydrothermal vents, spectacular chimneys that spit jets of scalding water laden with dissolved minerals and metals. But while one ecosystem is fizzy and the other furious, the creatures that flourish in both are fueled by the same thing: Chemicals.

On vents and seeps, bacteria that eat methane and sulfur compounds form the basis for the entire food web, no sunlight or photosynthesis required. This makes them unique among earth’s ecosystems, as the rest of life on the planet ultimately depends on the sun for fuel.

Chemosynthetic bacteria are a big source of energy in the ocean’s depths. According to the best estimates, Thurber said, 10 to 15 percent of the total energy that goes into the deep sea comes from hydrothermal vents and methane seeps.

Over hundreds of years, generations of methane-gulping microbes can lay down hard “pavements” made from carbon waste products. Once the seafloor has been turned from soft mud into a stable surface, deep-sea corals and sponges can settle down and grow. Fields of branching tube worms and foot-long mussels add to the diversity of habitats and animals.

Seeps are home to more familiar creatures as well. Some deep sea sharks and rays use methane seeps as nurseries for their egg cases. Fossils suggest sharks have been laying eggs in these habitats for at least 35 million years, making seeps an unexpected linchpin for the life cycles of deep sea animals.

In more recent years, researchers have found Dover sole, longspine thornyheads and sablefish at a seep 30 miles off the coast of San Diego. Elsewhere, scientists have spotted orange roughy and Patagonian toothfish — aka Chilean sea bass — at home on seep sites.

These fish, all commercially important species, have scientists worried that bottom trawlers could destroy seeps before conservation rules can protect them. 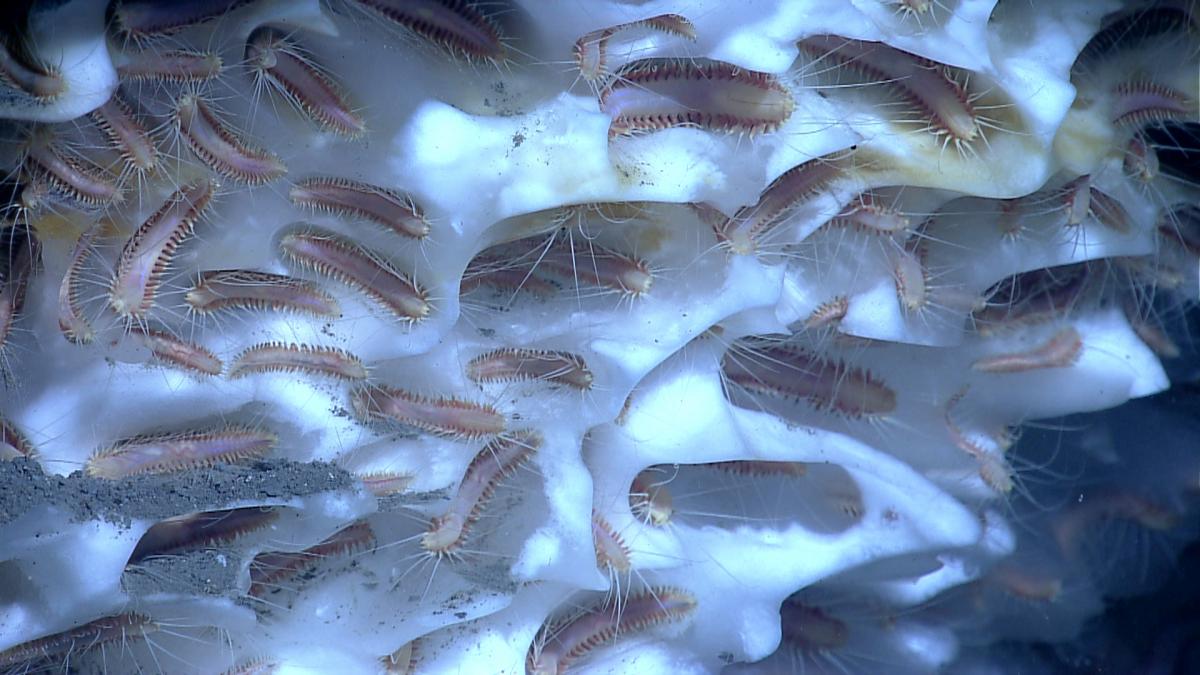 Bottom trawls are large, weighted nets that are dragged along the seafloor to scoop up bottom-dwelling fish. Like deep-sea bulldozers, trawls can demolish the centuries-old bacterial crusts, corals and sponges that sprout up around seeps.

In 2006, researchers on an expedition off the coast of New Zealand discovered that industrial fishing boats had gotten to the seeps before they had. The team found trawl gouges through the seeps themselves, piles of discarded fishing gear and fields of smashed corals and clams.

Humans are sizing up methane seeps for more than fish. The tough, methane-munching bacteria at seeps might eventually be drafted to clean up oil spills or scrub carbon from power plants’ smoke stacks.  Mining companies are also eyeing seeps and vents for their abundant minerals like phosphorus or the rare earth elements vital for modern electronics.

But like the rest of the deep sea, seeps are still in large part terra incognito. “These things are really abundant, but people didn’t realize it because we don’t look at the bottom of the ocean very much,” Levin said. Now, she added, “They get discovered every week.”

A bit of serendipty underscores what odd discoveries await. In 2006, Thurber was a “token biologist” aboard a ship of geologists studying seeps near a busy port in Costa Rica. During one trip to gather rocks, the submarine pilot collected several furry white crabs he spotted “dancing” in the seep fluid.

Only after the crabs were preserved and analyzed could Thurber confirm that this was a brand new species of yeti crab — only the second to be found. First discovered in 2005, these animals cultivate chemosynthetic bacteria in their arm hair and dine on the microbes when hunger strikes.

“It shows how unexplored the ocean is,” Thurber said, “that in this relatively short period we can find this entirely new superfamily of life that we never even knew existed.” 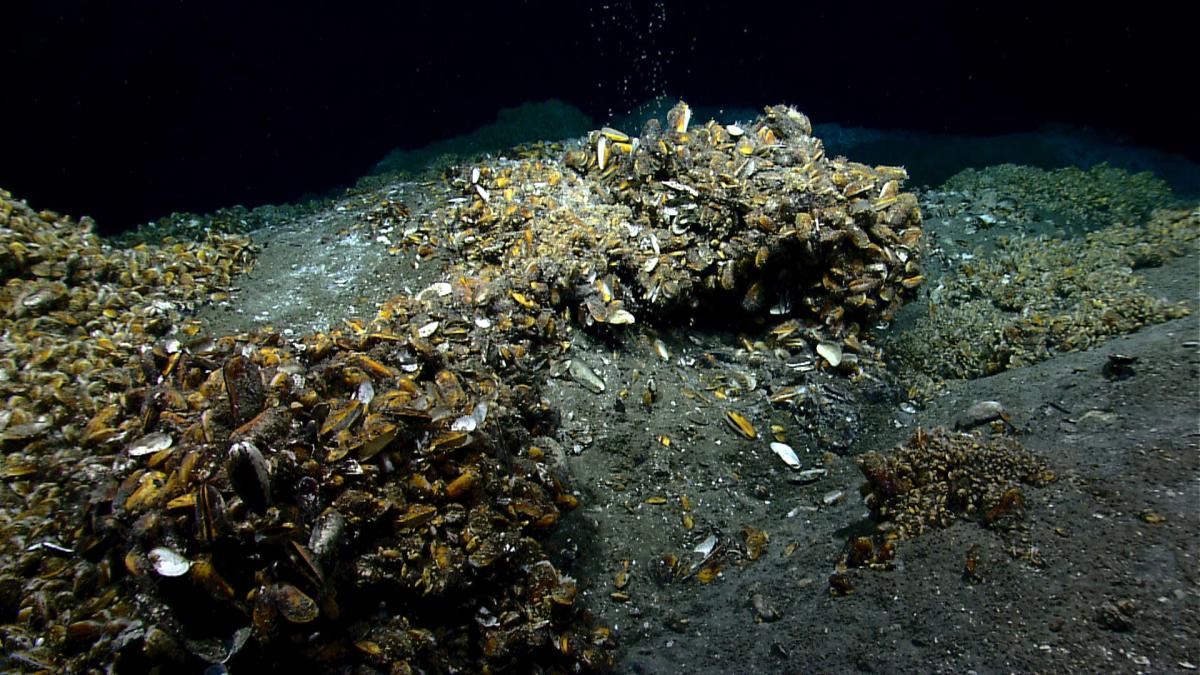