At a time when all seven species of sea turtles are either endangered or threatened due largely to human-caused threats, another sea turtle at risk is already one too many. The government’s unwillingness to act on these threats has left an iconic ocean species unprotected for years and dwindling in size. But, a simple solution could save millions of pounds of sea turtles and fish so long as President Obama takes action soon.

In shrimp fisheries across the United States, shrimp trawl nets are lowered into the water and dragged across the seafloor, indiscriminately catching everything in its path. Shrimp trawls use small mesh netting with openings that are designed to easily catch shrimp and small fish. However, they also make it that much harder for large species like sea turtles and finfish to escape.

As a result, the federal government has estimated that more than 50,000 sea turtles could be killed annually in southeast shrimp trawls.

The southeast shrimp fishery has one of the highest discard rates of all U.S. fisheries— almost 65 percent of its total catch is discarded yearly. This can add up to an astonishing 229 million pounds of sea turtles, fish, sharks, skates, rays, and horseshoe crabs wasted every year.

To reduce the number of sea turtles caught as non-intended catch, the National Marine Fisheries Service has required that some U.S. shrimp trawls use Turtle Excluder Devices (TEDs), or specialized metal grates inserted in the net that allow sea turtles to escape. However, some shrimp trawls are exempted from using TEDs, resulting in the absence of a fishery-wide TED requirement to this day and leaving a clear threat to turtles.

But, requiring fishery-wide TED use would create a win-win solution for both sea turtle populations and the U.S. shrimp fishery. 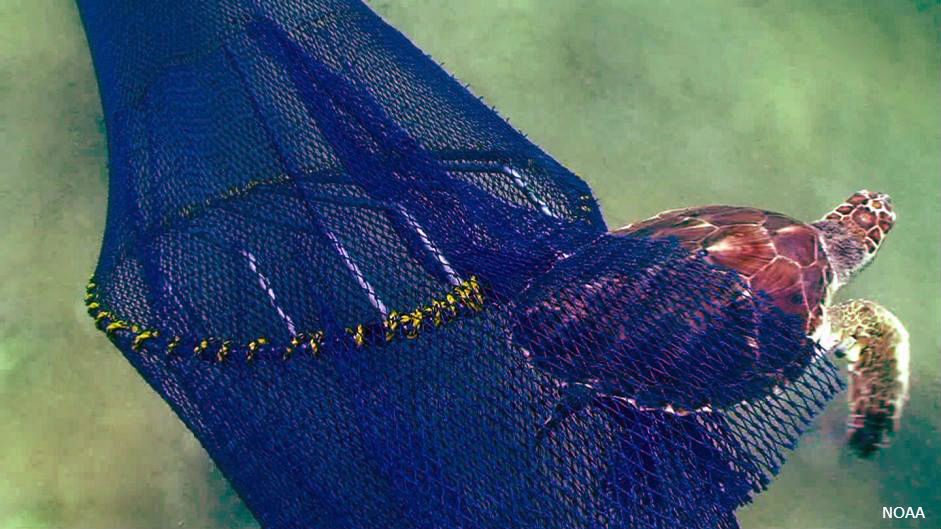 New TEDs: A Better Design for Turtles and Fish

TEDs can save an astonishing 97 percent of sea turtles caught in trawl nets. New research by the National Oceanic and Atmospheric Administration suggests that reducing the space between a TED’s bars by just one inch can reduce fish bycatch by 25 percent, or more than 55 million pounds of fish, and prevent small turtles from passing through the TED grate. The result is a win for fish, a win for turtles, and insignificant losses for the shrimp fishermen.

Changes like these to fishing gears offer hope for issues that have plagued fisheries for decades and often seemed unsolvable Requiring all shrimp trawls, including the most common otter and skimmer trawls, to use narrow-spaced TEDs is one of these technological solutions that should be part of the future of the fishery. It is good for turtles, both adults and juveniles, along with other marine life that continue to get caught in shrimp trawls. And, the solutions are beneficial to the U.S. shrimp fishery that is struggling to maintain its place in the marketplace against farmed imported shrimp.

This change will bring us one step closer to being able to say, without hesitation, that all U.S. caught wild shrimp is good to eat and good for the oceans.

Take action and sign our petition to tell President Obama to establish a TED requirement for all excluded shrimp trawls and transition those who already use TEDs to use smaller-space TEDs instead. You can learn more about sea turtles and bycatch here.