How to prepare for the next megastorm? Protect wetlands, mangroves and reefs

We weren’t ready. Not for Maria, not for Harvey and Irma, not for Katrina before them. Storms keep getting stronger. Their aftermath gets worse. But the question stays the same: Why weren’t we prepared?

Look out across the landscape and you’ll see one answer. Human development is sprawling into the habitats that would have protected us. Marshes and wetlands are now crisscrossed by train tracks and highways. Dunes are dotted with roads and houses. Coral reefs and oyster beds are gone. Once, these habitats buffered against heavy rains and high waves. Now, they can’t.

“We’re building over our first lines of defense,” said Siddharth Narayan, a coastal and civil engineer at the University of California, Santa Cruz. But protecting and restoring what’s left of these natural defenses could turn the tide, experts say, and help shield cities like Houston from the next major storm.

The climate is changing, and storms are intensifying as a result. They whip up bigger waves as sea levels rise, and dump more rain as ocean temperatures climb. Hurricane Harvey stands testament. It was the rainiest storm on record for the United States, pouring an estimated 33 trillion gallons of water on Texas, Louisiana, Tennessee and Kentucky. The downpour caused catastrophic flooding in Houston.

Had the city’s natural wetlands been intact, this might have been a different story. “Wetlands act as sponges,” Narayan explained. They soak up floodwaters and delay their spread. Wetlands prevented $625 million in damage on the East Coast after 2012’s Hurricane Sandy, according to Narayan’s newest study, published last month in Scientific Reports. Marshes reduce flood risk by 16 percent every year, the study also showed.  But the natural, boggy lands around many cities, including Houston, are sliced and diced and paved over. “We’re losing them to development,” Narayan said, “which increases flooding.”

There’s a catch, though. These habitats work best when they’re healthy and intact. If that was the reality, then flooding would be much less of a problem, said Nature Conservancy ecologist Ariana Sutton-Grier. Floods might still arrive in some areas, she explained, but the water would roll in slower and weaker after weaving through thickets of marsh grass or mangrove.

“We want to take away that power, before it reaches things we care about and places we live,” Sutton-Grier said. “You’ll still have a severe storm. The real question is the aftermath.”

We know natural shields can protect us. But how much do we protect them? Only 3 percent of coastal infrastructure spending goes to natural answers, Narayan said. Most of the money is for man-made flood defenses like seawalls and levees.

Natural solutions would often be cheaper. Restoring salt marshes and mangroves would cost two to five times less than building a breakwater. Conservatively, Sutton-Grier said, the cost-benefit ratio of investing in restoration is at least two to one.

Battening down the hatches, the natural way, is going to mean different things in different places. “It isn’t one size fits all,” said Katie Arkema, a researcher who specializes in coastal resilience at Stanford University. “Different factors influence where these things will be most effective.”

Sometimes an environmental cleanup is enough to bring back old protective habitats. Other times, experts say it takes a more active approach: replanting mangroves and reseeding reefs, for example. In Cape May County, New Jersey, a 2007 project to restore wetlands, beaches and dunes is already buffering storms. It could avoid between $2 million and $17.3 million in damages in the next 50 years, according to Nature Conservancy estimates.

And then, there are places like Manhattan. The city is so dense, there’s no land left to conserve or restore. Skyscrapers jostle against the sea. Nobody’s going to tear out Lower Manhattan — the southern tip of the New York skyline — and replace it with a wetland. But that area still needs protection; it flooded badly during Hurricane Sandy.

The answer there may be a combination of natural and man-made solutions, said Sutton-Grier. A series of waterfront parks, designed to mimic the low-lying marshlands around New York, as well as seawalls and levees where necessary, would offer recreation in good weather, and a place for the water when it floods.

Bringing back wetlands, dunes and reefs isn’t a panacea. It won’t prevent all storm damage or make climate change go away. But it would help — and get us thinking about solutions that work with the environment, rather than railing against it. Given this hurricane season, we have no time to waste. 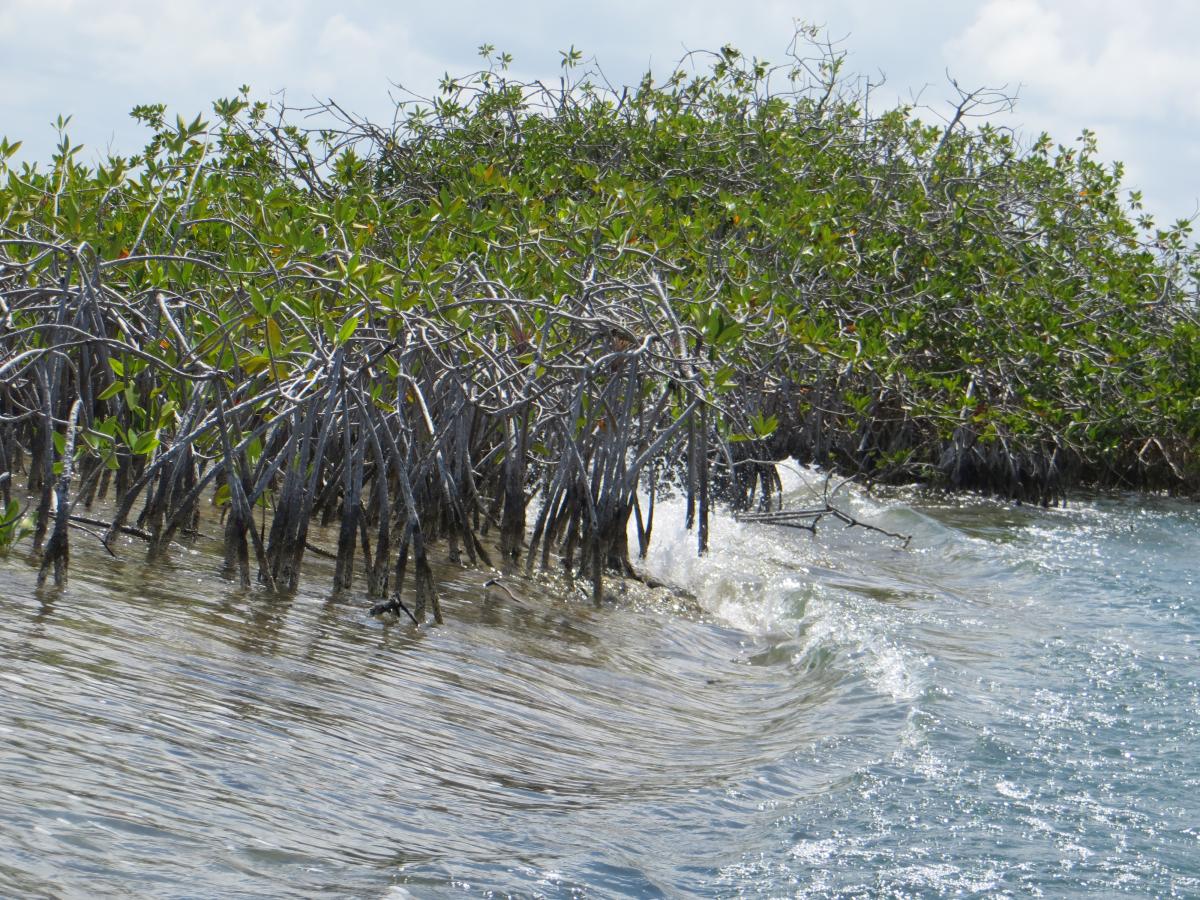