How reusable bottles and containers can help save the ocean

Last December, the Break Free from Plastic Coalition (of which Oceana is a member) once again named Coca-Cola the top plastic polluter in the world for the third consecutive year. The Coalition’s annual audit revealed that nearly 14,000 Coca-Cola branded products were found littered in 51 countries, but it doesn’t have to be this way. Coca-Cola and many other companies have a solution that has been proven to stop plastic pollution, while also helping their business: refillables.

For decades, people who want to produce less waste or prevent plastic pollution have been advised to follow the three Rs: reduce, reuse, recycle. The third R is meant to be a last resort, but many industries – including the soft drink industry – have placed undue emphasis on recycling. They perpetuate the idea that consumers, rather than companies, should be responsible for cleaning up their plastic mess.

The reality is that recycling is fraught with problems, particularly when it comes to single-use plastics, which pollute the ocean and harm marine life. Only 9% of all plastic waste ever produced has been recycled, according to a peer-reviewed study.

“Reduce” and “reuse,” on the other hand, are steps that consumers can feel good about. “Reduce” is straightforward: Buy and use less, whenever possible. And “reuse” can be as simple as swapping out a plastic water bottle for a refillable one or bringing your own container to a grocery store to buy food in bulk.

Of the three Rs, “reuse” is arguably the least talked about, but a global campaign called World Refill Day wants to change that. Recognized on June 16, World Refill Day aims to reduce plastic waste by encouraging the public to choose reusable and refillable goods over single-use ones. However, for “reuse” to become commonplace, government and industry must create systemic changes that give customers an ocean-friendly choice.

We have strong evidence that refillables will achieve this goal. Oceana estimates that just a 10% increase in the share of soft drink beverages sold in refillable bottles could decrease marine plastic pollution by 22%. This would keep 4.5 to 7.6 billion plastic bottles out of the ocean each year. Considering a single piece of plastic can kill a turtle, many of which are endangered, refillable bottles would go a long way towards protecting and restoring ocean abundance. 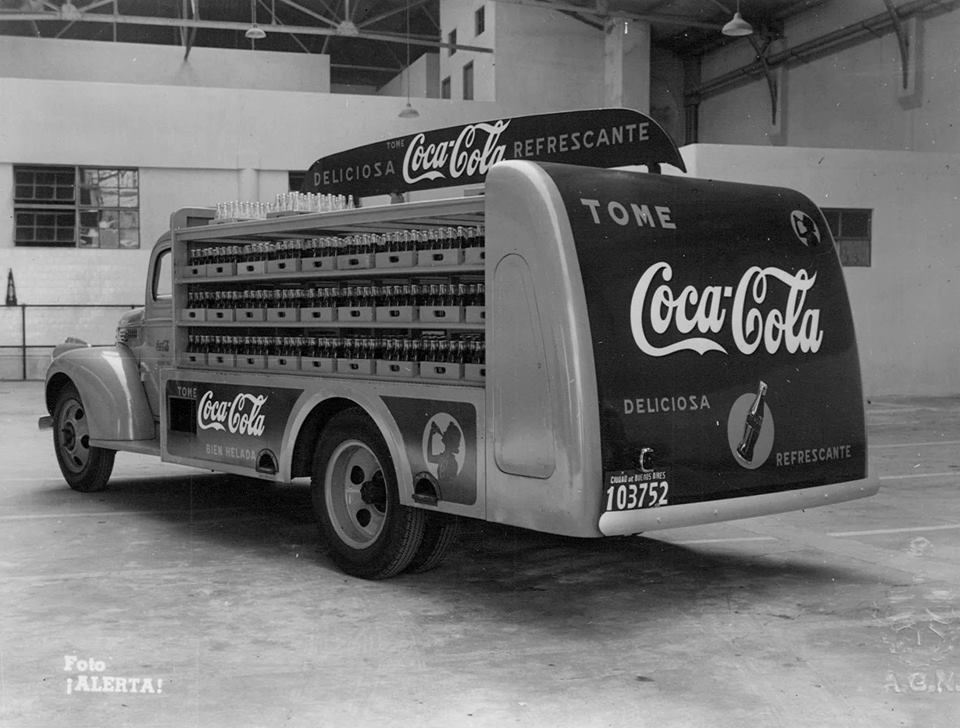 Coca-Cola introduced refillable and returnable bottles in the 1940s and, for five decades, this is how the company and its competitors sold soft drinks to customers. Customers did not throw away their soft drink bottles after they finished them – they brought them back to the store to be reused.

Then, around the 1990s, Coke and other soft drink companies started to replace refillables with single-use bottles – mostly made of plastic – that the industry evocatively refers to as “one ways.” Thus, the soft drink industry became one of the largest and most recognized plastic polluters on the planet, and refillable bottles became commercially extinct in the United States and United Kingdom, among other countries.

Fortunately, thanks to the fact that many consumers prefer refillables, they survived. Refillable systems continue to exist in 94 countries and still account for more than 30% of beverages sold in major markets, including Germany, Mexico, Indonesia, and the Philippines. And, since they are so consumer-friendly, refillables are starting to gain popularity for the first time in decades.

So, how does it work? It’s simple. Customers pay a deposit on each refillable bottle and get that money back when they return it. After being sorted, washed, and refilled, the bottles are sold again. (Check out the short Coca-Cola clip below to see this process play out from a customer perspective.)

These bottles are typically reused between 20 and 50 times, depending on the material, which means significantly fewer bottles are produced. Because the companies own and value their bottles, and because customers pay deposits, companies have a high success rate of getting them back. This prevents them from ending up in a landfill, incinerator, or natural environments.

Another benefit is that refillable bottles are, in most cases, better for the climate. Life cycle analyses in countries like Chile and Germany found that reusable bottles had a smaller carbon footprint than ones that are discarded after a single use.

Finally, refillables are also good for business. Refillable bottle schemes let soft drink companies collect information about what their customers like because they bring their bottles back – and potentially refill them – instead of throwing them away after a single use.

Coca-Cola and other leading soft drink companies reported dramatic growth for refillable bottles in countries during the pandemic. Thanks to improved innovation in supply chain and technology management, many of the company’s bottlers are becoming better and better at delivering and tracking refillable bottles. Importantly, the Coca-Cola Company – despite a continued over-emphasis on recycling as a solution – is starting to highlight the power refillables have in reducing single-use plastic in its sustainability reports. 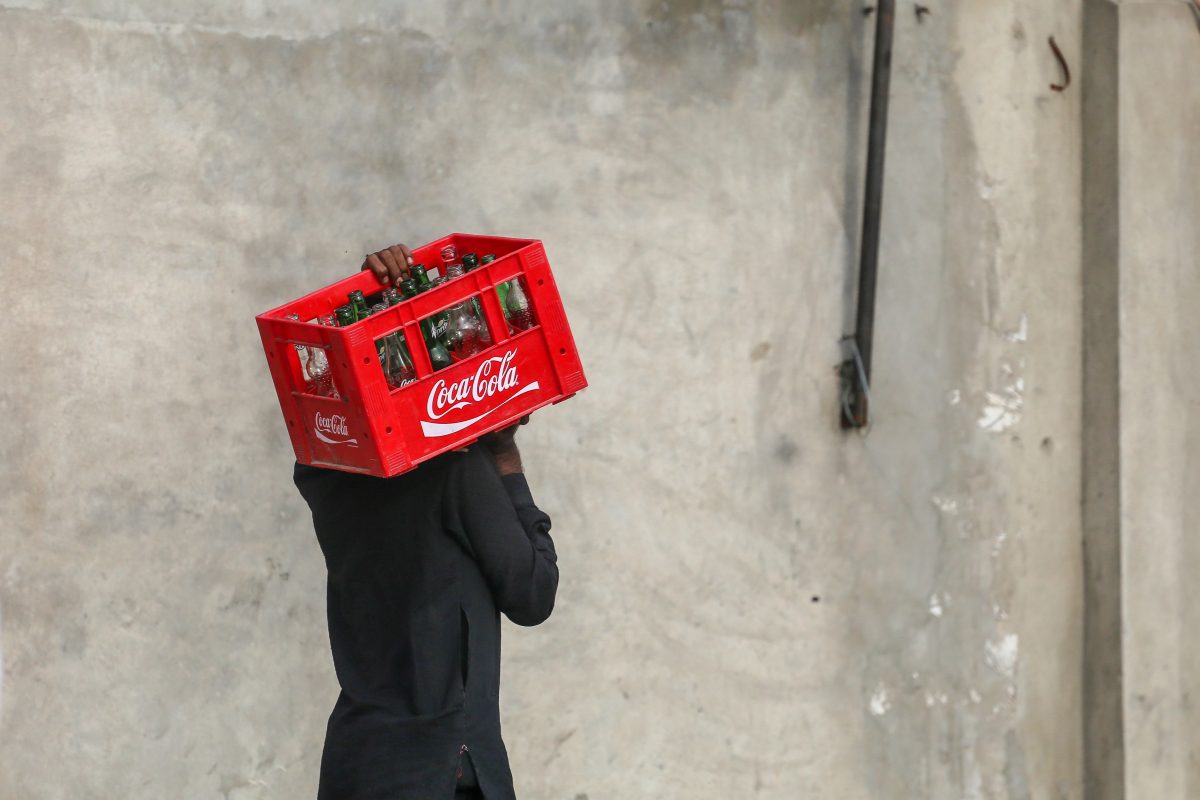 While corporate innovation plays an important role in reducing plastic waste, governments are needed to jump-start the transition to refillables and plastic-free alternatives. Chile recently did just that, passing an ambitious law that Oceana advocated for.

The law requires all stores – including large supermarkets, many of which did not sell refillables – to actively display, sell, and receive refillable bottles. Single-use bottles will only be permitted if they contain recycled material that was collected in Chile. This legislation would not have been possible without a report by Oceana and Plastics Oceans Chile which found that over 23,000 tons of single-use plastics are used by restaurants, bars, cafes, and delivery food companies each year in Chile, as well as Oceana’s report on the benefits of using refillable bottles over single-use bottles.

Oceana is also supporting a bill in the U.S. state of California that would allow refillable bottles to flow through the state’s recycling system for beverage containers. Instead of being crushed and recycled, they would be washed and refilled by beverage producers, simultaneously creating jobs and reducing waste. The bill passed the California Assembly on May 20 with a vote of 76-0 and has since been referred to the Senate Committee on Environmental Quality.

Refillables can make a real difference in the water. They are shining examples and show that “reduce” and “reuse” are the way forward for all of us to be able to effectively protect oceans and marine life.