In 1995, one year after three areas of the seafloor off Cape Cod were closed to fishing, researchers piloting remotely operated vehicles saw something unexpected: The muddy bottom was littered with market-sized scallops, rusty red and round as saucers.

The three closures on Georges Bank, a giant underwater plateau between Massachusetts and Nova Scotia, were intended to benefit New England’s vanishing cod and flounder, not Atlantic sea scallops (Placopecten magellanicus). After a peak catch of 37 million pounds in 1991, scallop landings along the East Coast plummeted to less than 10 million pounds in 1994. As many scallop fishers began to close up shop, the market for these shellfish, long considered niche, was fading into obscurity.

But while Georges Bank cod remained few and far between, scallops were back in action. Putting the seabed off-limits to fishing dredges and trawls, it turned out, had triggered a rapid recovery of scallop populations in the protected zones.

This surprise discovery was one link in a chain of events that brought these shellfish back from commercial collapse. Thanks to science, luck and a robust global market for wild scallops, this fishery — which stretches from Maine to the mid-Atlantic — now consistently hauls in 50 million pounds each year and contributes an estimated $2 billion to local economies. 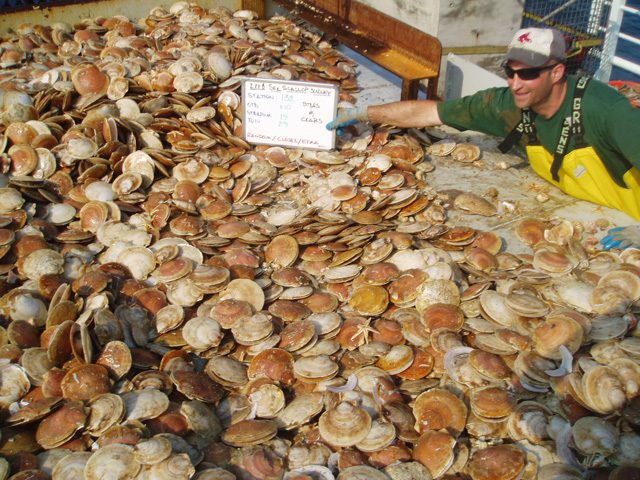 “It was basically an open-access industry through the 1980s,” said Ronald Smolowitz, a marine scientist and a founder of the Coonamesset Farm Foundation, which conducts scallop research. “There was very little science telling you which way things were going, and very little enforcement to make sure the management measures were working. By 1994, we had hit a low point. There was no place to go but up.”

In 1994, the same year of the closures, scallops got another reprieve when the industry put a moratorium on all new fishing licenses. Before, the fishery had been open access — anyone with a boat and a dredge could take part.

The moratorium was the first of many measures fishers took to rein in their industry. More scallop grounds were put into a rotation of on-again, off-again fishing, much like farmland left to fallow.

Along with restricting the areas vessels could dredge, the industry also adopted measures to check fishing effort. It reduced the number of days per year that boats could fish and limited the size of crews to seven. The industry also mandated the use of new gear that more effectively let small, immature scallops escape from the chain-link dredge nets. 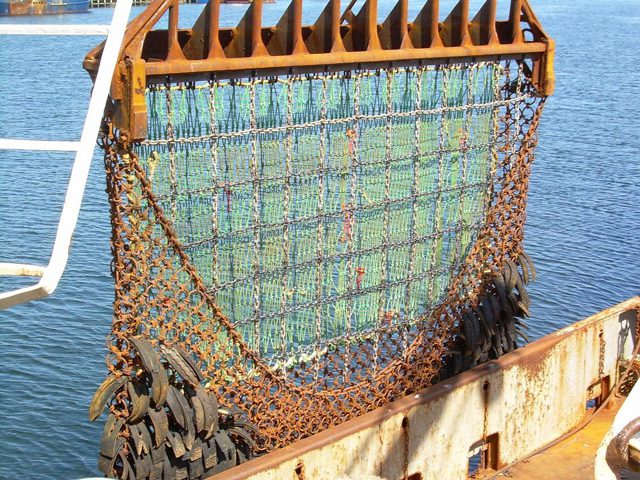 Because Atlantic sea scallops can grow to sexual maturity in two years and produce up to 270 million eggs at a time, they’re quick to rebound once fishing pressure is curbed. By 2001, the government classified the population as rebuilt. In 2006, scallops grew above target levels, and in 2013, the fishery received a Marine Stewardship Council sustainability certification.

The Atlantic scallop industry is now one of the most profitable fisheries in the world. Pound for pound, scallop is the one of the most expensive kinds of seafood caught in the United States — and the price has more than doubled since 2002.

Gib Brogan, the Northeast representative for Oceana, explained that the industry depends on the cachet of its product, particularly overseas. “Scallopers tell me the heart of their business,” he said, “is the $15 appetizer of a Georges Bank scallop in a bistro in Paris.”

The scallop industry’s well-stocked coffers have let it fund research and technology that are off-limits to less-profitable fisheries.

Under government pressure to cut down on the accidental capture of yellowtail flounder, the industry partnered with scientists to track flounder catches in real-time. Each day, fishers get a color-coded map of flounder distribution that lets them steer clear of these commercially valuable flatfish. According to Smolowitz, scallop fishers now catch only 5 percent of the flatfish they once did 20 years ago.

The Atlantic sea scallop may be facing darker days as oceans become warmer and more acidic, factors that both impede scallop growth. But a more immediate and preventable threat is the push to reopen areas of Georges Bank that have been off-limits to groundfishing for more than two decades. These spots are crowded with mature scallops that likely act as seed stock for areas where commercial fishing is permitted.

“Big fat fertile females are the gold standard whether you’re talking fish or scallops,” Brogan said, explaining that larger animals tend to produce far more eggs than smaller ones, even after controlling for size. If these females are harvested it could hurt the profitability of the entire fishery.

Oceana works in the United States and around the world to encourage the use of responsible fishing gear and science-based fisheries management. Learn more here, or donate today.