Jack mackerel were in deep trouble 20 years ago. Off the coast of Chile, where the mackerel congregate in one of two Southeast Pacific populations, fishermen caught millions of tons throughout the 1990s, peaking near 5 million tons in 1995.

“That was a lot of fish,” said James Ianelli, a biologist with the United States National Marine Fisheries Service, or NOAA Fisheries. By the mid to late-2000s, the stocks were badly overfished and headed for collapse. For fisheries scientists, jack mackerel had become a symbol of plundered oceans.

But that was then. In the intervening years, a radical change in fishery management, both in Chile and internationally, brought the mackerel back. Today, these fish represent the power of smart science and policy to get a population back on its feet, or rather, its fins.

Two hundred nautical miles off the coast of Chile, national waters give way to the high seas. Dense schools of jack mackerel straddle this divide, exposed to both Chilean and international fishing fleets. It’s been an unfortunate spot for the fish.

Russian ships found the population in the mid-1970s, and other countries followed. Chilean ships descended on the mackerel in national waters, taking the majority of landings. Chinese, Korean and other foreign vessels fished further off the coast. Mackerel must have seemed boundless in the waters around Chile, at first. Annual landings exploded from hundreds of thousands of tons in the 1970s, to millions of tons in the 1980s and ‘90s.  “There was no fishing regulation,” Ianelli said. “People could just do what they wanted.”

Fishing pushed harder and harder, even as the mackerel fell into steep decline between the mid-‘90s and mid-2000s. A population once estimated at more than 13 million tons shrank to less than 2 million tons in just over two decades.

All those eager countries now had a mackerel of a problem. They’d have to work together to save a fishery they’d nearly destroyed. 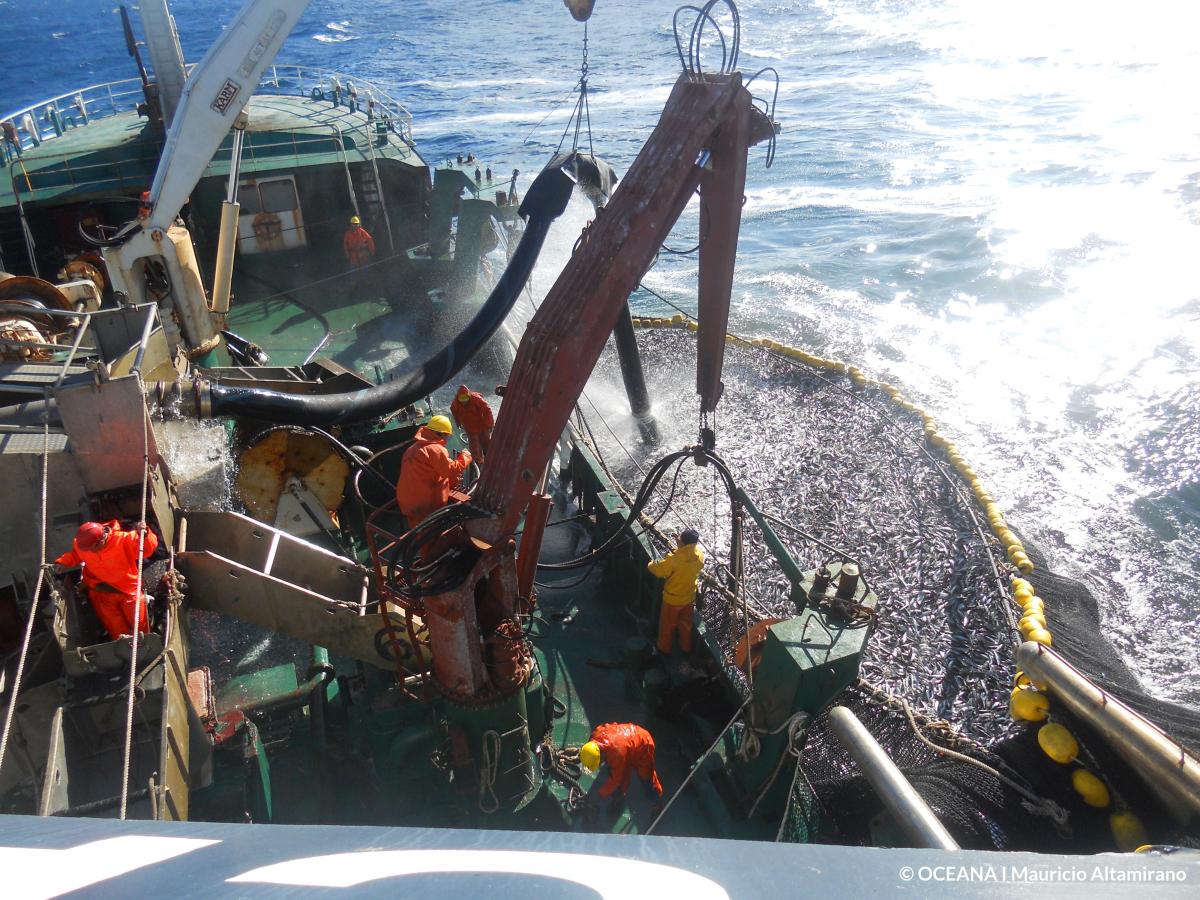 A change of heart

In a series of international meetings, beginning in 2006, fisheries scientists from around the world set about gathering information from all over the Pacific, where mackerel migrate, to estimate how many fish had been out there historically and how many were left. “You create this picture of what it was like and then extrapolate over the years to determine a reasonable amount you can fish,” said Liesbeth van der Meer, the head of Oceana in Chile.

That was the dawn of the South Pacific Regional Fisheries Management Organization, or SPRFMO, Ianelli said, which now has 15 members, including Chile, Russia and the United States. SPRFMO uses estimates of the mackerel population to set international catch limits, and Ianelli is the lead scientist working on those numbers.

As SPRFMO coalesced in the mid-2000s, simultaneous fishery reform in Chile led to better management within Chilean waters. Chile’s National Fishery Board, or NFB, historically set catch limits heavily swayed by fishing interests, said marine biologist Eduardo Tarifeño Silva of the University of Concepción, who has been a member of the NFB since 2006. Chile committed to cooperative international management of jack mackerel in SPRFMO’s earliest days, even before international meetings in 2006. In 2013, the country set its annual quota to match SPRFMO’s science-based quota recommendation. SPRFMO now allocates 65 percent of the total recommended mackerel catch to Chile.

“Oceana was a big advocate for making crucial scientific changes to how we manage fisheries,” van der Meer said. Adhering to such science-based quotas has been key to turning this fishery around. 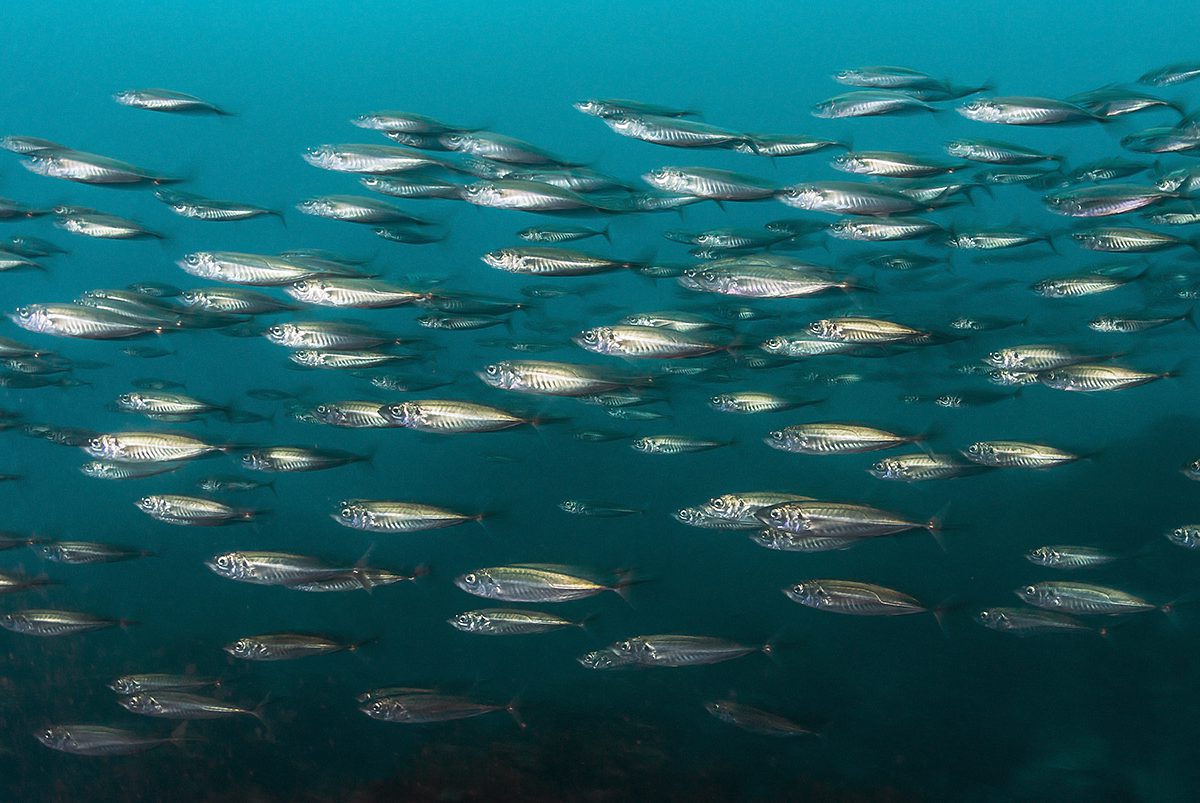 By 2013, SPRFMO had its sea legs. The organization set a low catch limit that year, near 450,000 tons, and maintained it for the next four years, even as the mackerel population appeared to rebound in the water. “The quota hasn’t gone up much, relative to the mackerel numbers,” Ianelli said, “because we’re still in the rebuilding phase.”

Today, the fishery is close to recovery. Population estimates hit 5 million tons in 2017 and will need to stay there for several years to declare an official win. “Usually in fisheries you call it a success too early, and then stop taking care of those resources,” van der Meer said. “We need more time.”

Mackerel’s story may not be a victory yet, but it’s already a parable in global cooperation. The fish obviously needed help, and a handful of countries came together to fix the problem. Van der Meer, Ianelli, and Tarifeño Silva all see mackerel’s story as ray of hope in international negotiations.

Now the question is what will happen in 2019, assuming the population keeps growing. Catch limits could change dramatically, Ianelli said. “What happens after it’s rebuilt?” he asked. “That’s the coming challenge.” 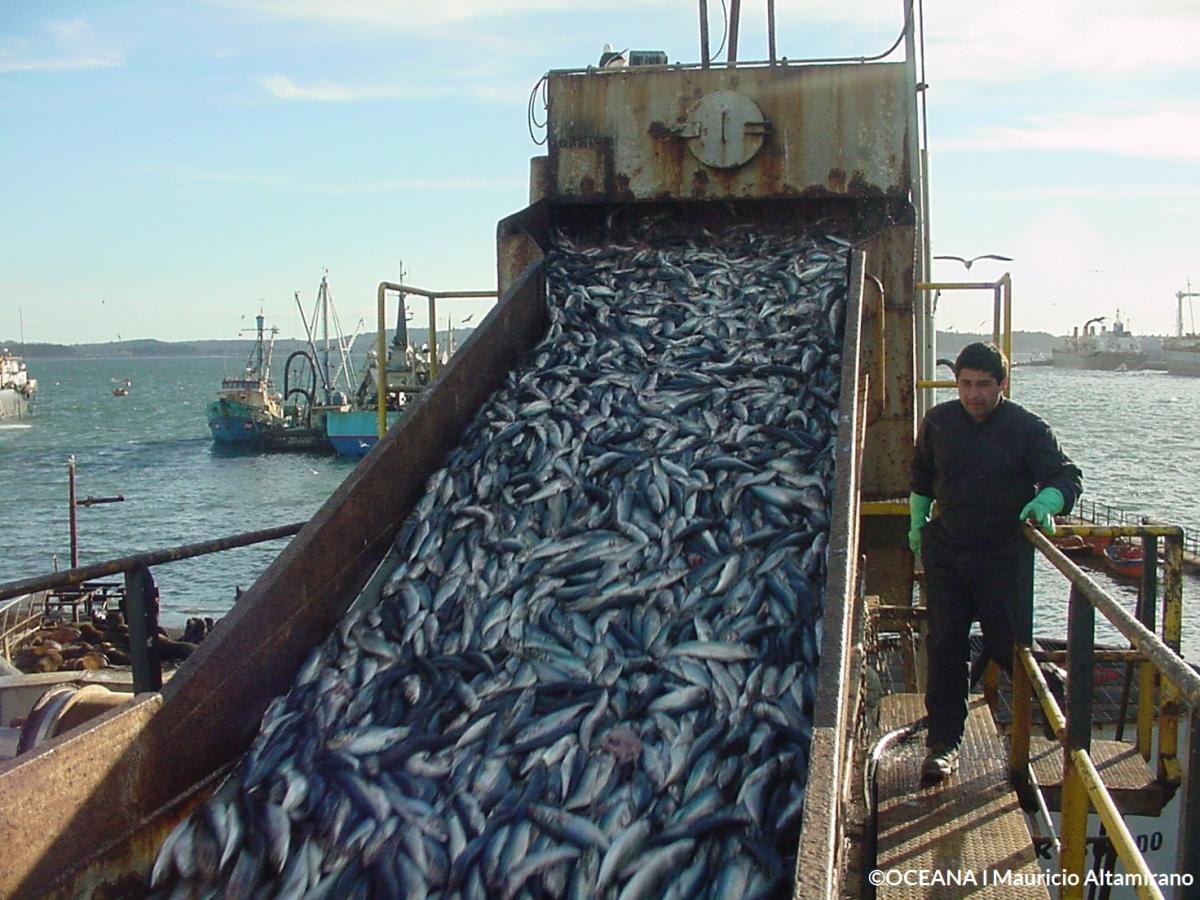