For a narwhal wintering in Baffin Bay off the west coast of Greenland, every breath is a stroke of luck. Sea ice, some of it meters-thick, seals off the ocean from the air above. To breathe after a typical 800-meter (2,600-foot) dive — twice as deep as the Empire State Building is tall — narwhals rely on narrow cracks or ‘leads’ in the ice. But currents or winds can seal these fissures shut without warning, or push them far away. Suffocation is an ever-present threat.

But narwhals, famous for the males’ 2-meter (6-foot) long tusks, manage to thrive in the snow-blanketed, near-constant darkness of an Arctic winter. That’s because their diet, anatomy and even muscle cells are exquisitely calibrated for life in the ice. As the Arctic Ocean defrosts, however, scientists worry whether these ‘unicorns of the sea’ can keep pace with their rapidly melting world.

The frost of living

As the bays of Greenland and Canada’s Baffin Island start to ice up in autumn, tens of thousands of narwhals head out to sea — even as less-hardy whales migrate south to avoid the winter freeze.  Only belugas, narwhals and giant filter-feeding bowheads can survive year-round in Arctic ice. 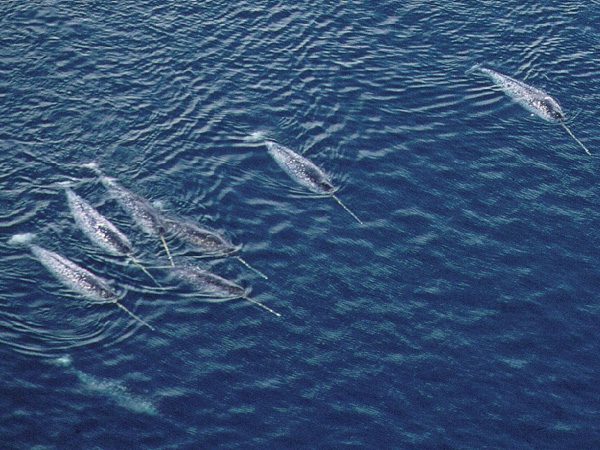 Kristin Laidre, a narwhal expert at the University of Washington, said that these tusked whales aren’t necessarily dependent on ice floes like polar bears, which use them as hunting platforms, or harp seals, which rely on them to give birth and raise their young. But ice is still an essential part of their lives. And with the Arctic warming twice as fast as the rest of the world, its ice is disappearing quickly. In late 2016, temperatures there soared as high as 20 degrees Celsius (36 degrees Fahrenheit) above average — leading to near record-low ice cover.

“If you can imagine an animal that lives in the dense jungle and has totally evolved to live among the trees or in the trees, and you just go and take it away, how will that animal survive?” Laidre asked. “We don’t really know.”

From December to March, the Arctic Ocean looks desolate to human eyes. The sun hugs the horizon for a few minutes in the afternoon and disappears soon after. But this months-long night is the fat season for narwhals. That’s because a half mile or more below the ice, the seafloor swarms with Greenland halibut, cod and invertebrates. Most of the narwhals’ yearly energy needs are met by gorging on these bottom-dwelling species.

To reach this seafloor smorgasbord, narwhals dive to average depths of 800 meters (2,600 feet) anywhere from 18 to 25 times a day, going up to 26 minutes between each breath. On occasion, these mottled gray whales can go even deeper, with one record dive clocking in at 1,800 meters (1.1 miles). This deep-diving, breath-holding superpower exists in part thanks to narwhals’ sky-high levels of a protein called myoglobin, which helps their blood, tissues and lungs hold between 41 and 106 liters (11 to 28 gallons) of pure oxygen.

Slow and steady wins the ice

When swimming, narwhals amble along at about 5 kilometers (3 miles) per hour — an average walking pace for a human. This slow-and-steady strategy extends even to escaping from predators. While dolphins acrobatically escape from killer whales with leaps and sprints, narwhals respond by diving or hiding in areas with thick sea ice.

Why are narwhals such comparative slowpokes? A 2010 study that sampled narwhal tissue discovered that 87 percent of their major swimming muscle is made up of slow-twitch fibers, which contract with little force but don’t tire as quickly as fast-twitch fibers. The running muscles of human marathoners are up to 99 percent slow-twitch; in elite sprinters that number drops to 25 percent. Even compared to other whales and seals, narwhals have the highest proportion of these long-distance muscles — they might be slow, but they’re persistent.

Narwhals are perfectly adapted to the Arctic winter — you could say it’s in their blood. But their home is changing so swiftly that scientists worry these assets may become liabilities. Without the protection of ice, for example, narwhals will no longer be shielded from speedy predators like orcas.

“Most whales, including narwhals, use sound to learn about their environment,” said Ingrid Biedron, a marine scientist at Oceana. “Vocalizations are used to locate mates, to find food and to keep track of young. So sound is really important. It’s like how eyesight is our primary sense. Sound is their primary sense.” 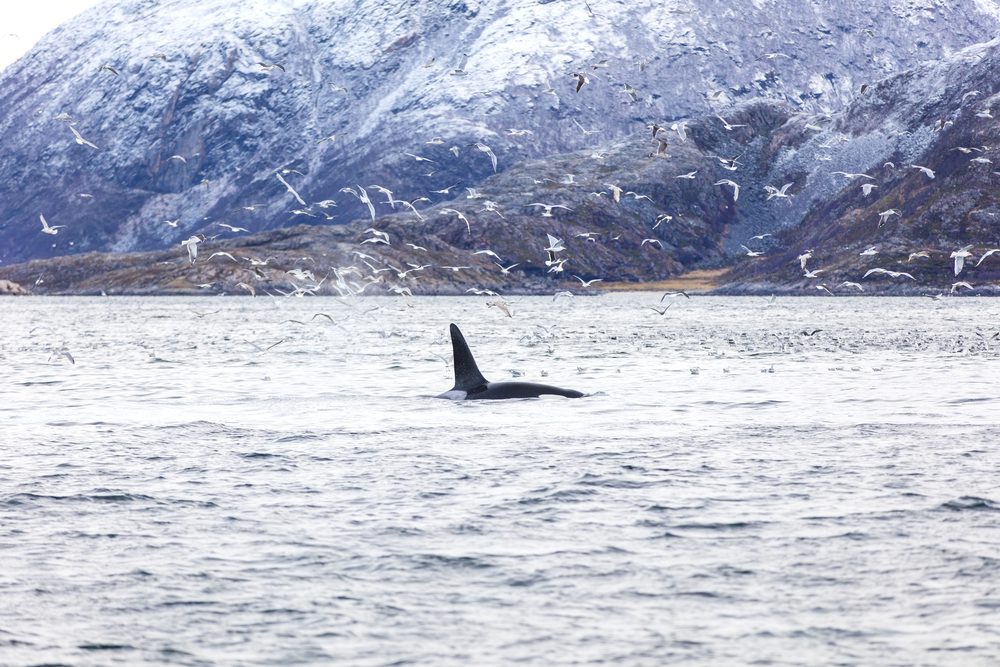 The ruckus of industrial activity can mask narwhals’ chatter, Biedron said. As dozens of studies have confirmed, chronic exposure to loud noise makes animals from whales to humans stressed out and more likely to get sick. Adding to this is the threat of oil spills, pollution and fatal collisions with ships. A slow-moving pod of narwhals, for example, might have trouble outrunning a motorized vessel.

For Laidre, one of the major concerns is whether narwhals will be able to find enough food in a warming world. Narwhals reliably migrate to the same spots at the same times each year. “They’re robotic, in a way,” Laidre said. “They prefer to go the places they know.” If halibut and cod leave the whales’ traditional feeding grounds, narwhals might not be able to find them. Or, the fish may leave the shallow seas of Baffin Bay, moving northward towards water too deep even for narwhals’ champion dives.

The big question, Laidre said, is how narwhals will adjust their migrations and behavior. “Will they still maintain those patterns and the timing with the loss of the ice that we expect?” she asked. “Or will they just keep doing the same thing? It’s going to be a very different reality for narwhals, that’s for sure.”