Invasive lionfish are delicious — but is it safe to eat them?

Lionfish are decimating native fish in the Caribbean. They also make flaky, buttery filets. A fish that’s unwelcome and tasty? That sounds like a recipe for guilt-free tacos. But lionfish are venomous too, and can carry naturally occurring toxins. Is eating them a good idea?

Marine scientists, conservationists and food safety experts echo a resounding “yes.” Eating lionfish is a great idea, they say. Just be smart about it.

Lionfish do not belong in the tropical Atlantic. Their natural domain is in the South Pacific and Indian Oceans, where they are a normal and healthy part of reef ecosystems. But about 30 years ago, the red-and-white striped fish showed up off the Florida coast. They’ve expanded quickly since, bulldozing native fish populations in the Caribbean and up the Eastern Seaboard. 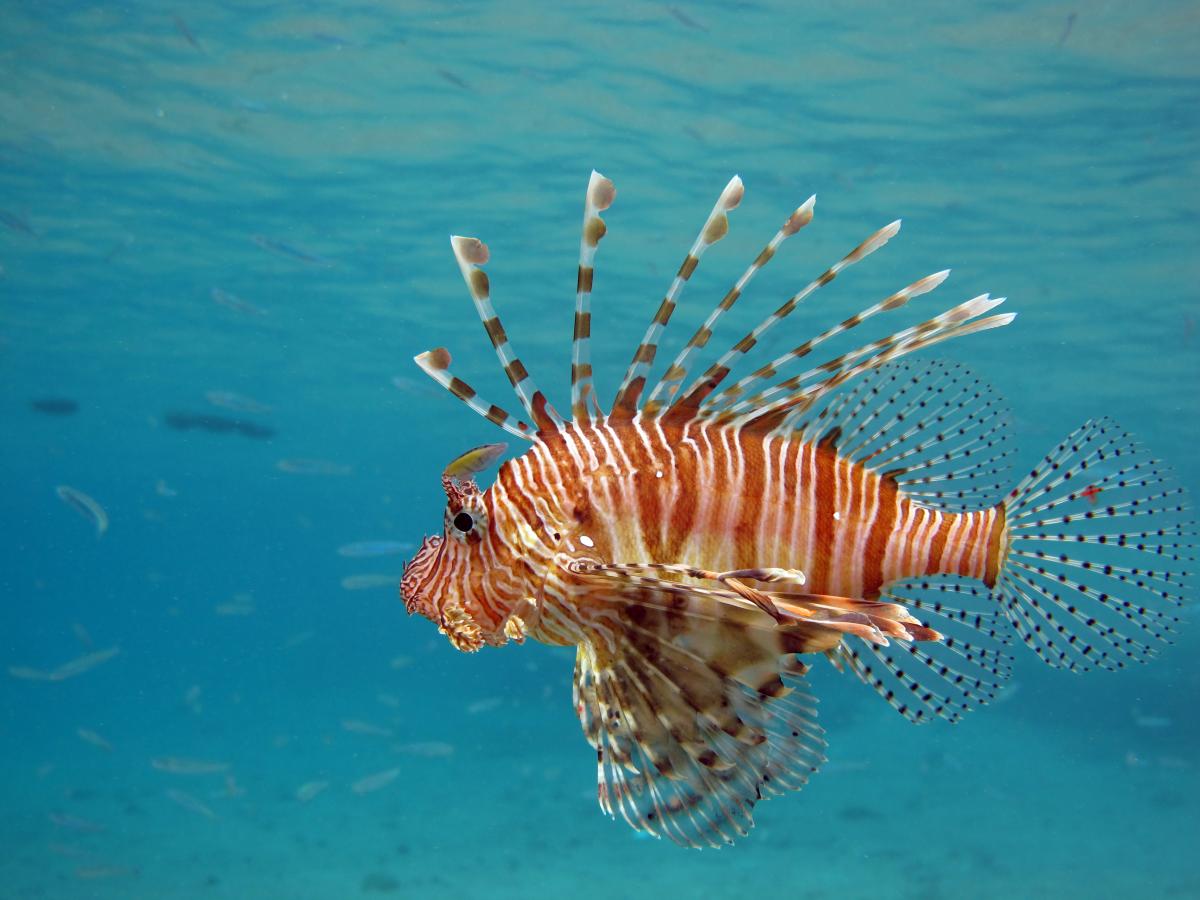 Lionfish eat anything they can. But native species, including small reef fish like baby snapper and grouper, don’t recognize them as voracious predators. In the Bahamas, prey fish biomass fell by 65 to 95 percent after the invasion says Stephanie Green, a marine scientist at Stanford’s Center for Ocean Solutions. Sharks don’t see lionfish as a meal either. So the invaders spread, unchecked, devastating reef ecosystems and fisheries.

Since lionfish are also prolific breeders, and range from shallow mangroves to non-reef habitats more than 1,000 feet deep, they’re very hard to wipe out once established, Green says. People are trying though.  With nets and spears, divers and scientists are taking to the water to turn the hunters into the hunted.

Lionfish derbies, competitions to catch the most, largest and smallest specimens, have gained popularity in recent years. Green is an expert on killing lionfish too; she’s the chief scientist for Key Largo Florida’s annual lionfish derby.

Culls like Key Largo’s began as recreation, Green says, “but then we realized we could eat lionfish and they were quite tasty.” Participants now come for cash and prizes — and lunch.

Besides the winnings, “the best incentive for collecting lionfish is eating them,” explains marine biologist Mark Hixon of the University of Hawaii at Manoa. “They are delicious.”

Yes, lionfish are yummy, but eating them also raises a few concerns.

Most notable are the long needle-sharp spines that rise from their backs and sides like tournament flags. Such spines can deliver a painful sting, from venom glands in the fish’s fins. Fileting takes a delicate touch, to avoid pricking a finger. But venom is only dangerous if injected, so it won’t spoil the meat. And because cooking deactivates the venom, don’t worry about that fish fry.

A few years ago, lionfish also raised alarms in connection with ciguatera — a kind of food poisoning caused by toxins that accumulate in the meat of large reef fish. The U.S. Food and Drug Administration added them to its list of ciguatera-associated species, which also includes other big reef predators like grouper, snapper and barracuda. 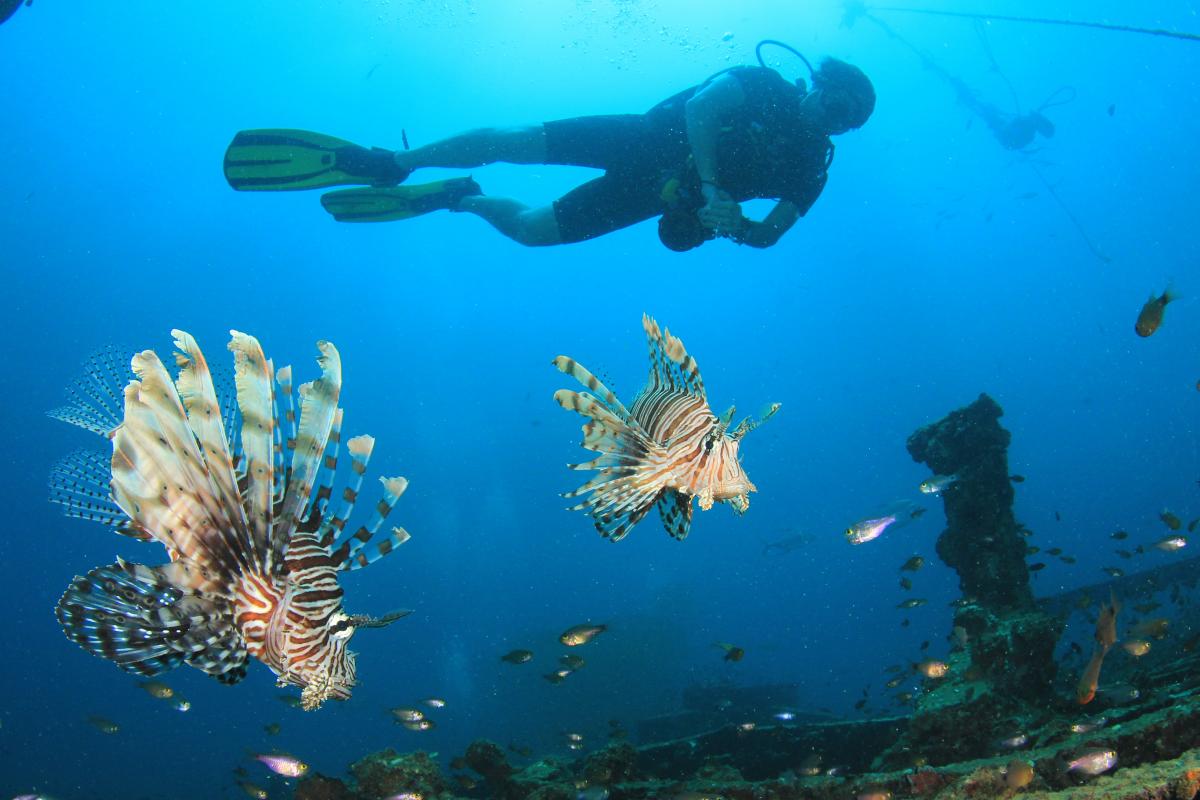 Whether lionfish can actually cause ciguatera food poisoning is debatable though. Tests of their raw meat may give false positives, Hixon found in a 2015 study. And there aren’t any known cases linking lionfish to the illness, he says.

The conditions that give rise to ciguatera also tend to be localized, so knowing where a fish was caught is a good first step. “Lionfish are tasty and safe to eat from most places,” explains Alison Robertson, a toxin researcher at the University of South Alabama, who lead the FDA’s investigation of ciguatera in lionfish. “[It’s] just that caution should be taken if any reef fish are collected from areas with a high risk.”

Eating lionfish is not only safe, Green says, it’s also sustainable. Most lionfish culls have been volunteer-run, from the dive and conservation communities. A burgeoning commercial fishery would mean more people hunting this species, she says: one of the most promising options for lionfish control.

There are tradeoffs though. “If you’re creating a fishery for an invasive species, does that mean it has to stay around?” Green asks. Opponents don’t want to manage lionfish populations, they want to eradicate them. And while Green agrees that extirpation is ideal, “that’s not really possible unfortunately,” she says. The invasion is too far gone, and there aren’t enough resources to root out the fish everywhere. A fishery would at least manage the symptoms of the problem.

Ready to fry up a lionfish dinner?

There’s a cookbook for that. But finding the fish at your local market isn’t always easy. It depends where you live. Lionfish is now seasonally available in the Caribbean and at restaurants and grocery stores in Florida. It’s harder to find elsewhere in the United States. Getting the fish into new markets is the next big challenge, Green says.

“How do you create consumer demand?” she asks. “One way is by having people ask for it.”

Want more? Stay tuned for our next post: a rockin’ recipe for lionfish ceviche from a famous Belizean chef.