The flat, hot calm of an afternoon on the Philippine Sea is broken by an ear-splitting explosion. A plume of water rockets upwards. And fishermen, who had thrown a homemade explosive into the ocean just seconds before, rush to scoop up stunned and dying fish.

Though dynamite fishing in the Philippines has declined from its peak in the 1980s and 90s, the country’s fisheries bureau estimates there are still 10,000 incidents every day. This illegal fishing method flattens reefs and indiscriminately kills any animal in the blast radius, including rare whales and dolphins. While the national government drags its heels on fighting this practice, local communities and law enforcement are taking matters into their own hands — and winning.

Blast fishing is the toxic result of poverty, declining fish catches and spotty enforcement. “It offers quick rewards for less effort,” said Gloria Ramos, the vice president of Oceana Philippines. “The chances of getting caught are not that high. And if the fisherman is caught, the penalty fine is just a slap on the wrist.” 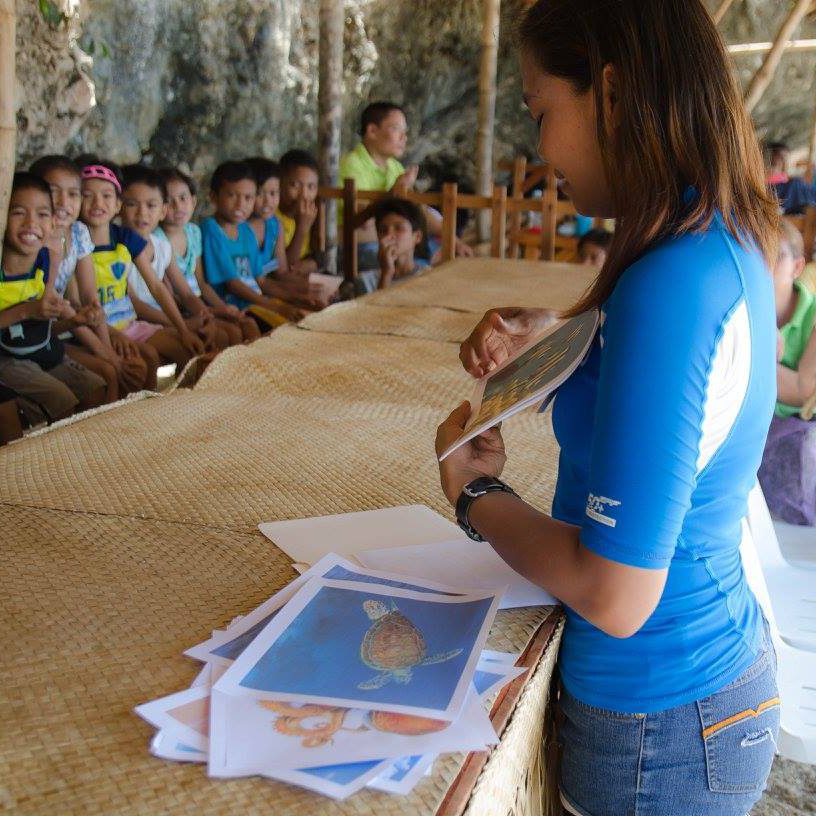 But examples from across the country show this is not an incurable problem. In Cebu, an island in the central Philippines, a community at the mouth of the Bojo River was plagued by a triad of destructive fishing methods: dynamite, cyanide and other poisons, and muro-ami, a technique where  concrete blocks or rocks are dropped on heads of coral to flush out fish.

According to Boboi Costas, one of the founders of the Bojo Aloguinsan Ecotourism Association, locals realized they could make money from protecting their picturesque river and coastline. Their tour agency, which offers river cruises and other excursions, has won eco-tourism awards and helps fund community education, mangrove conservation, guards and law enforcement.

As for the fishers who had used explosives and poisons, “they have embraced ecotourism,” Costas said. “They work only four hours a day. The income is good and they have more time with their families.”

He added: “They still go out to sea to fish, but only when they feel like doing it.” 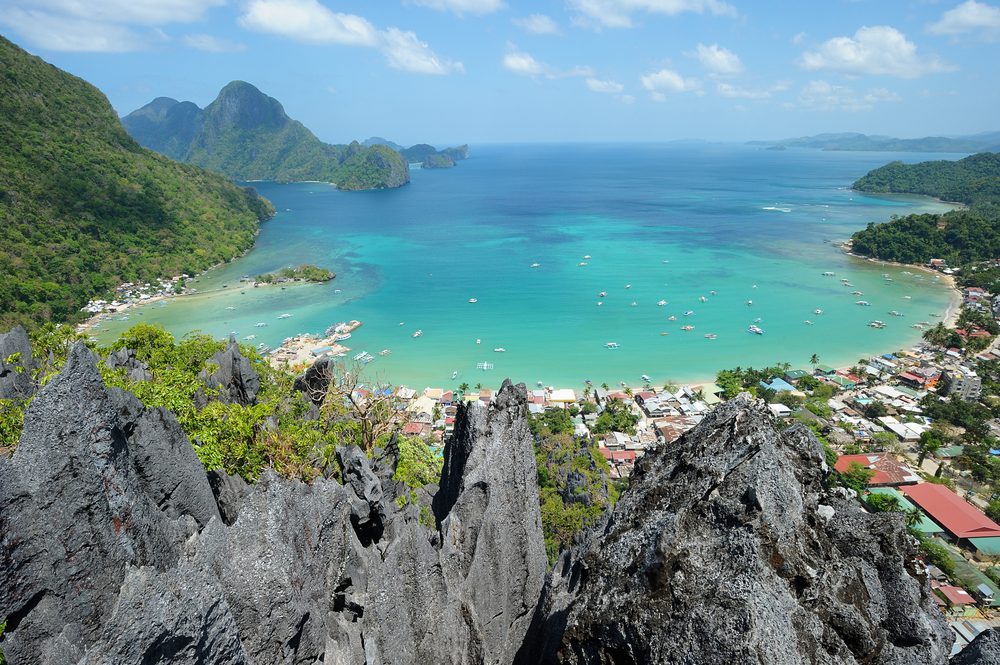 The municipality of EL Nido on the northern tip of Palawan has a decades-long history of fighting illegal fishing. Nilda Baling, now at the Philippines’ Biodiversity Management Bureau, recounted her time in the 1990s as El Nido Marine Reserve’s first park ranger. When she began, townspeople reported hearing a least eight explosions a day. As for the marine environment, Baling said, fish catches collapsed, commercially valuable species all but disappeared and there was “coral rubble everywhere.”

By proving that her team was serious about enforcement — including catching offenders and taking them to court — Baling gained the trust of local communities and government officials.  The “frequency of blast fishing,” she said, “decreased remarkably within two years of visible enforcement.”

But enforcement is not always an easy affair. “There have been some instances where blast fishers have fought back against law enforcers with shootouts, and some have harassed community members who report them to the authorities,” Ramos said. Some dynamite fishers are so bold they even operate in Manila Bay, right in front of the capital city.

But, Ramos added, the main issue is not the threat of violence, but the absence of money. “The biggest hindrance when it comes to enforcement on blast fishing is usually the lack of patrol boats,” she said.

In Cebu, some local governments are trying to intercept dynamite-caught fish before it ever reaches market. Checkpoints are set up along main roads to inspect trucks shipping fish. An enforcement officer examines the fish for telltale signs of trauma — lacerations, burst swim bladders or broken spines — and fines both the driver and the shipper if their products were landed illegally.

But these checkpoints are inconsistent and not always reliable, said Edward Lorenzo, Oceana Philippines’ policy officer. Now, he said, Oceana, local and national government officials and civil society groups are currently working together to draft a strategic plan to address blast fishing and set up more effective checkpoints.

Another way to stop dynamite fishing is to make sure there’s no “dynamite” to be had. While the term might call to mind sticks of TNT, the homemade explosives fishers concoct are made from cheap blasting caps and ammonium nitrate fertilizer.

In 2002, the national government banned the import of the solid form of ammonium nitrate, but “leakage” and illegal sales are common. And the law may not be a help much longer. Draft legislation has proposed loosening weakening the regulations on ammonium nitrate. Oceana is pushing the national police, the Fertilizer and Pesticide Authority and the Secretary of Interior to shore up the laws that regulate access to this substance.

When earthly laws fall short, some officials appeal to divine intervention. In a handful of spots, local governments have tried to deter blast fishers by sinking statues of Catholic figures among vulnerable corals. A four meter (14 foot) statue of Mary on a reef in Bohol, an island next to Cebu, has become so well-known that pilgrims come each year to offer flowers and sing “Happy Birthday.” 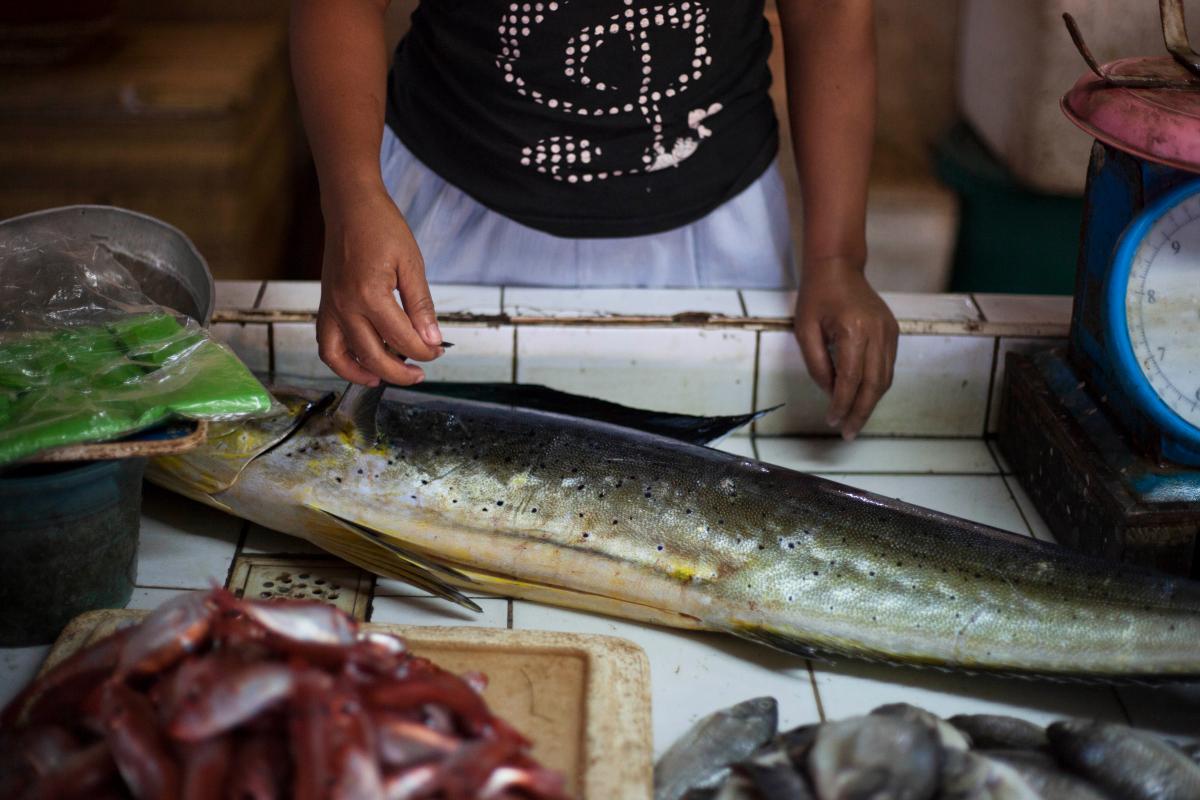