Yesterday, the National Marine Fisheries Service (NMFS) announced an area closure for the California swordfish drift gillnet fishery after facing mounting pressure from Oceana and our partner conservation groups. This closure, known as the Pacific Loggerhead Conservation Area, will occur from July 25 to August 31, 2014 in an area that stretches just north of Santa Barbara and runs south of San Diego, and will prevent endangered loggerhead sea turtles from entangling and drowning in these indiscriminant nets. This year’s El Niño conditions—warmer than normal waters—are known to attract endangered loggerhead sea turtles to the nutrient-rich waters off Southern California in search of pelagic red crabs, the species’ preferred prey.

“Whenever drift gillnets are off the water, that is a good thing for endangered sea turtles, whales, dolphins, sea lions, and many types of fish,” Oceana senior scientist Ben Enticknap said in a press release. “While the agency is temporarily closing the loggerhead sea turtle conservation area to drift gillnets as required by regulation, there are still other ways fishermen can responsibly catch swordfish at this time, including harpoon and surface hook and line gear. Swordfish drift gillnets are an inherently dirty fishing gear that ultimately needs to be phased out and permanently prohibited.” 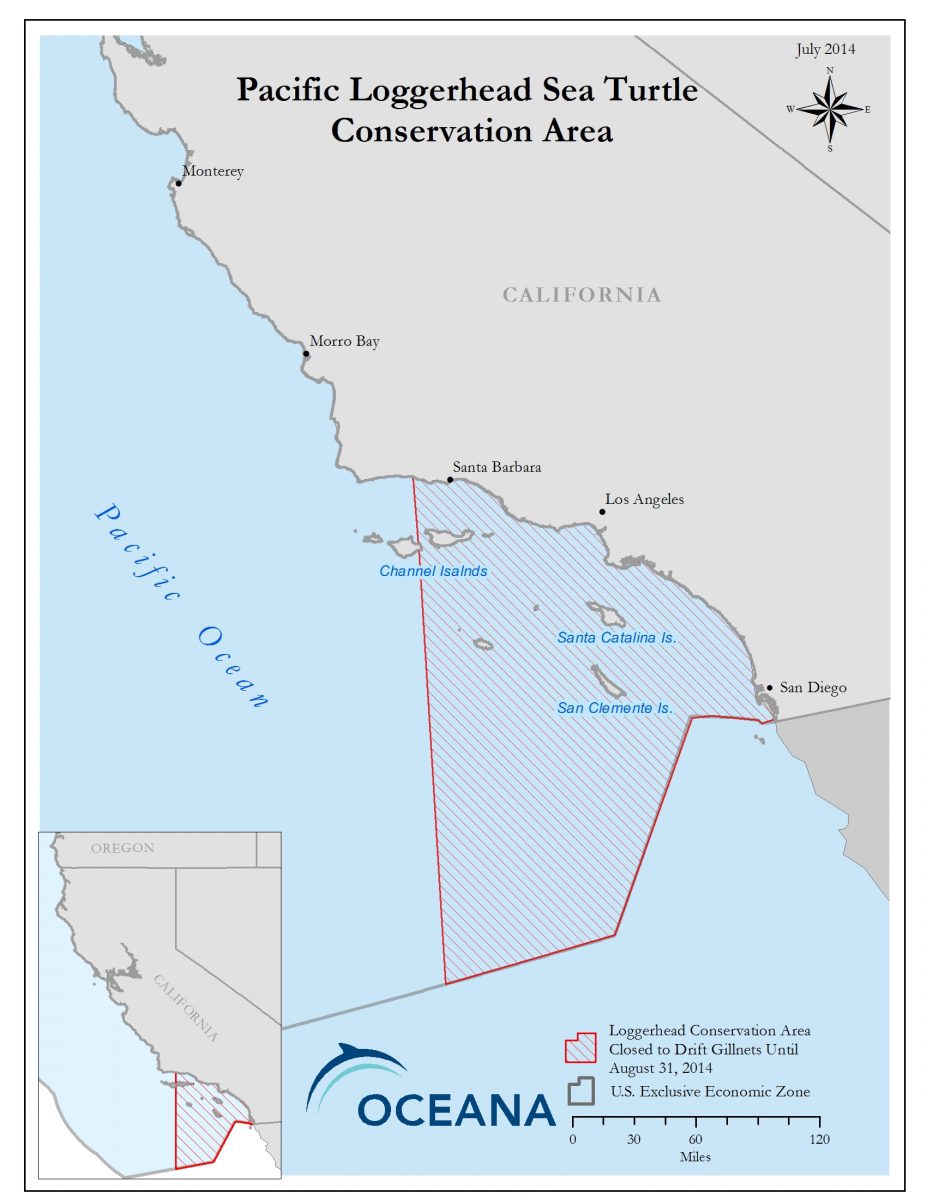 This action comes after Oceana, Center for Biological Diversity, and Turtle Island Restoration Network called upon NMFS earlier this month in a letter urging them to implement this important closure. Oceana followed up with NMFS at the regional and national level to pressure them to follow their own regulations to implement the Pacific Loggerhead Conservation Area drift gillnet closure based on the conditions for the closure being triggered.

NMFS is required by law to close the more than 25,000-square-mile Pacific Loggerhead Conservation Area to protect the sea turtles during summer months when an El Niño event is occurring or forecasted. In 2000, NMFS first announced that the drift gillnet fishery jeopardized the continued existence of loggerhead sea turtles during El Niño years, and in 2003, the agency established the Pacific Loggerhead Conservation Area in response to litigation from the Center for Biological Diversity and the Turtle Island Restoration Network. This is the first time the Area has been closed since those regulations went into effect over a decade ago. 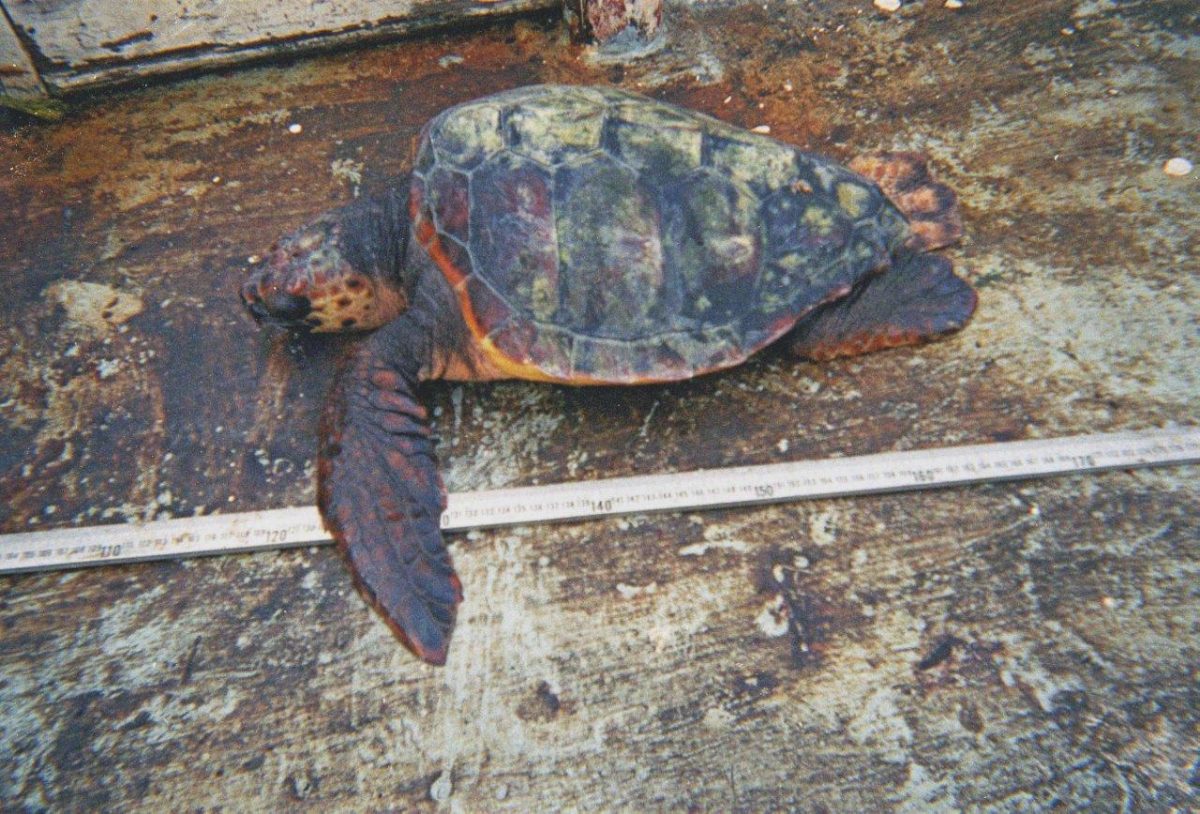 A loggerhead sea turtle (Caretta caretta) killed by the swordfish drift gillnet fishery off California. Oceana received this photo from NOAA in response to a Freedom of Information Act request. (Photo: NOAA)

Although NMFS implemented the conservation area and drift gillnet prohibition almost two months after the closure should have been triggered, Oceana commends the agency for taking the proper steps to ensure protection of endangered loggerhead sea turtles as the fishery picks up in mid-August. The swordfish drift gillnet fishery operates from May 1 to January 31, but over 90 percent of the fishing occurs from August 15 through January 31.

Drift gillnets target swordfish and thresher sharks off of California. These mile-long nets are deployed from dusk until dawn, and form dangerous underwater walls that entangle whales, dolphins, seals, sea lions, sea turtles, sharks, and ecologically and economically important fish. Once trapped in these nets, most animals drown. Between May 2007 and January 2013, the drift gillnet fishery discarded 61 percent of all marine animals it caught.

Oceana has been pressuring the Pacific Fishery Management Council to eliminate drift gillnets while replacing them with cleaner, more sustainable fishing gears to catch swordfish. Earlier this summer, the Council voted to start cleaning up the fishery by considering placing “hard caps” on protected species and requiring observers on all vessels no later than the summer of 2016. You can learn more about Oceana’s efforts here.