In May 2016, technical divers descended 200 feet to Benham Bank, the shallowest portion of a huge underwater plateau off the Philippines’ northeast tip. As they neared the bottom, an otherworldly landscape emerged from the dim cobalt blue.

Plates of coral grew one atop the other like china at a yard sale, dotted with sea fans and sprigs of algae. Coral columns encrusted in yellow, orange and pink coralline algae looked as though they’d been splashed with rainbow paint. Colonies thrived as far as the eye could see.

The divers, part of a scientific expedition to Benham, were shocked by the reef’s health and size, said Gloria Estenzo Ramos, the head of Oceana in the Philippines. “Our country is at the center of the center of marine biodiversity, but there are almost no more reefs left that we can call pristine,” she said. “At Benham Bank, we found a place that still has 100 percent coral cover.”

Benham lies in the ocean’s “twilight zone” between bright surface waters and the permanent night below. Only in the last decade has technology advanced enough to let scientists venture this deep. Recent discoveries reveal that these little-studied deep reefs are everywhere their sunlit cousins are — and that they’re often bigger, healthier and home to species no longer common in the shallows.

Tropical corals, the kind familiar to scuba divers, all need the sun to survive. Their tissues harbor tiny beneficial algae that convert sunlight into food. Life in the twilight zone’s mesophotic depths — “meso” for half and “photic” for light — stretches this partnership to its limits. Deep-dwelling corals, like those at Benham, grow in plate and lettuce-leaf shapes to expand their surface area and capture as much sunlight as possible.

Corals aren’t the only photosynthetic organisms in the mesophotic zone, a band between 100 and 490 feet deep. Halimeda algae, which look like strands of flat green beads, are common at these depths. For Celia Smith, a reef algae ecologist at the University of Hawai’i at M?noa, light-dependent organisms are just one of mesophotic reefs’ many mysteries.

“How does a photosynthetic organism function in extreme low light?” she asked. “How do they thrive? We’re still at the very beginning of understanding how these ecosystems work.”

On May 15, Philippine President Rodrigo Duterte put almost 190 square miles of Benham’s reefs off-limits to all human activities except research. A further 1,160 square miles of the Philippine Rise, where Benham is situated, were closed to destructive forms of fishing. This decision safeguards Benham’s delicate corals from bottom trawling and potential threats like mining, and will help preserve the healthy fish communities necessary for reef health. 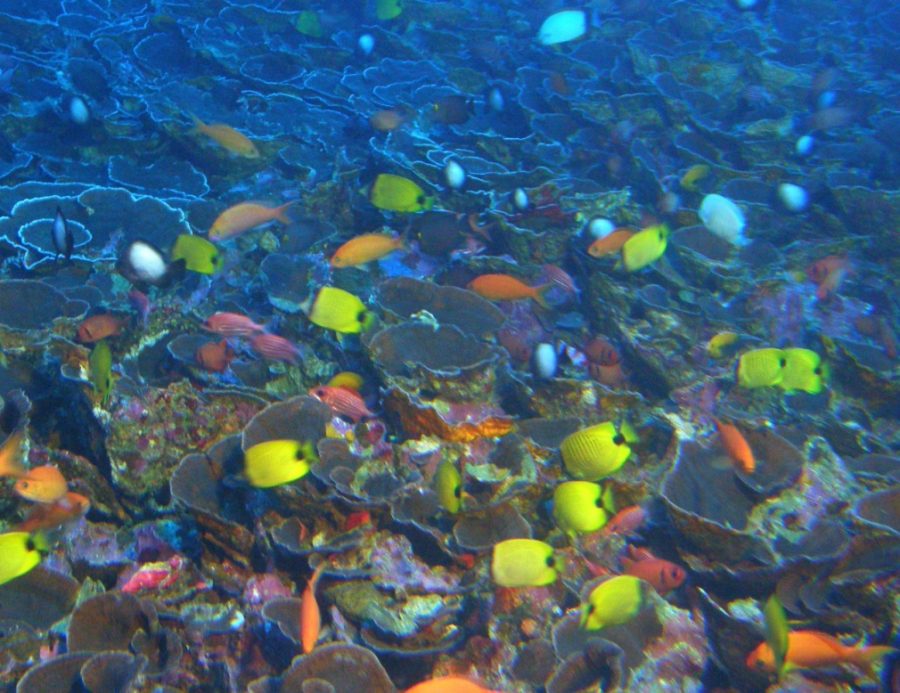 Duterte’s declaration was spurred by a campaign led by Oceana and joined by ally organizations. Oceana launched its conservation efforts soon after the May 2016 scientific expedition, where the team provided technological assistance. The campaign got a boost in December 2016, when the Convention on Biological Diversity declared Benham to be of “critical ecological importance.”

Mesophotic reefs like Benham aren’t just important habitats for corals and algae. Their intricate topography shelters fish and other animals as well. Some fish species are familiar from the shallows, while others, like a newly identified butterflyfish from the Philippines, are unique to the mesophotic zone.

These smaller fish attract bigger fish, like groupers, snappers and sharks, many of which are important for local food security and incomes. “When you protect these reefs, you get a huge benefit in terms of fisheries species build-up,” said Tyler Smith, a coral reef ecologist at the University of the Virgin Islands in St. Thomas, who is not related to Celia Smith.

So far, over 200 fish species have been documented at Benham. The spot is the world’s only confirmed spawning ground for Pacific bluefin tuna, a lucrative species that’s plummeted to just 3 percent of its pre-fishing abundance.

Safeguarding mesophotic spawning sites pays off, Tyler Smith explained. In the Virgin Islands, after 20 years of protection, endangered Nassau grouper are returning to mating spots once decimated by overfishing. “We’re starting to see their numbers rebound, and you now see them not so uncommonly in shallow waters,” he said. “They’re slowly coming back to being a viable species.”

Shelter from the warm

Benham is just one of a vast network of mesophotic reefs that could benefit from protected status — and protection begins with simple knowledge of their existence.

When Smith and his colleagues surveyed the ocean southwest of St. Thomas in the U.S. Virgin Islands, they were surprised to find that a single mesophotic reef system was “more extensive and well-developed” than all the islands’ shallow reefs combined, with potentially hundreds of millions of coral colonies. On top of this, he said, the deeper ecosystems harbored a species of boulder coral that’s all but vanished from the Caribbean’s decimated surface reefs.

St. Thomas isn’t the only haven for rare coral. In Panama and the Galapagos, a species of fire coral is thought to vanish from the shallows during the unusual warmth of the El Niño weather phenomena, only to be re-seeded from deeper-living specimens.

Scientists now debate whether mesophotic reefs can shelter shallower species from climate change, like a Svalbard Seed Vault for corals. So far, the answer has been “it depends.”

During the recent nightmare bleaching that wiped out one-third of Australia’s Great Barrier Reef, some mesophotic corals appeared to fare better. But in other parts of the world, mesophotic reefs are more imperiled than shallow one. That’s because twilight corals aren’t acclimatized to the dramatic temperature swings that can batter reefs up-top. How well mesophotic reefs fare depends on local ocean conditions, like deep, cool currents, which can mean the difference between life and death. 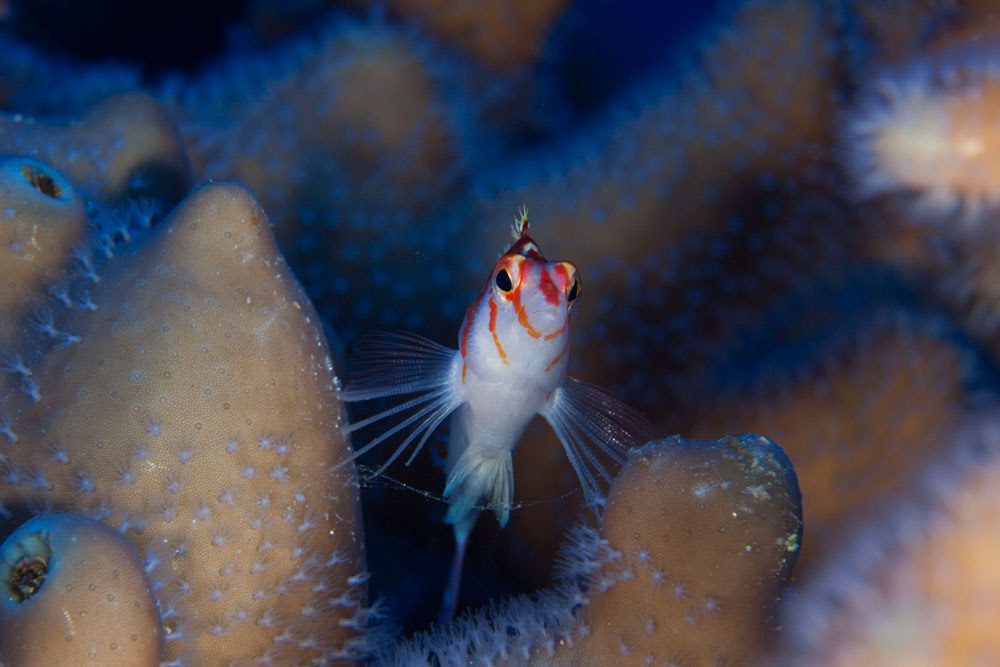 There’s no debating that twilight zone reefs have one advantage on their side: distance from us. Living at a remove from humans helps insulate them from coral-killers like bottom dredging, coastal development and agricultural runoff. It’s also tougher to fish at mesophotic depths, said Tyler Smith, so these reefs often host bigger and more abundant fish.

Tyler Smith’s big fear is that fishing gear and other technologies will advance to the stage that mesophotic reefs will lose their built-in safeguards. This makes legal protections, like those on Benham, all the more vital.

We might not fully understand these reefs, said Celia Smith, the algae ecologist, but that’s no excuse to ignore or damage them. “It’s the precautionary principle,” she said. “These reefs could have a significant role in the future.”