Feeling stressed out by the frantic pace of modern life? Meet five ocean-going animals who have mastered the art of slow living – so slow, in fact, that they’re among the oldest creatures on earth. From raising helpful sons to evading predators with snot (yes, snot), learn about the strategies these longevity champions use to stay alive. 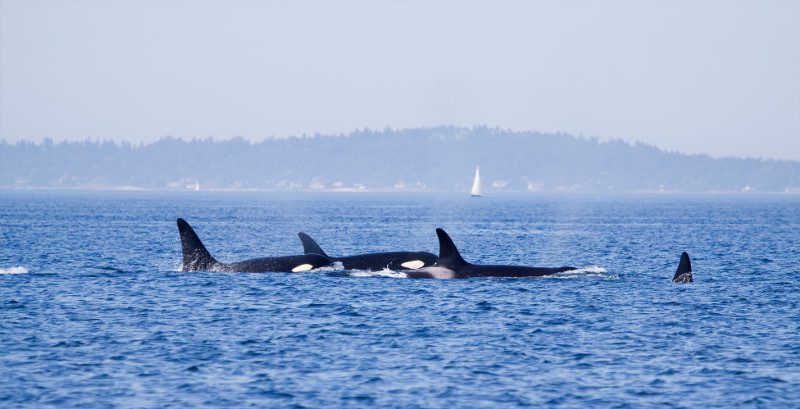 In killer whale society, mother really does know best. A matriarch, usually the oldest female, leads a family pod consisting of her sons, her daughters, and her daughter’s offspring. “Granny,” the leader of the J pod – an extended family of whales that roam the coastline from Alaska to California – may be the oldest matriarch of them all. Based on the age of her offspring, researchers estimate that Granny has been around for 104 years.

Part of Granny’s secret could be her species’ peaceful, family-focused life. Throughout their entire lives, male orcas remain so intensely bonded to their mothers that they swim only a body length away from her more than 40 percent of the time. These enormous but gentle momma’s boys help out around the pod by looking after their younger relatives, giving the matriarch more time and energy to feed, rest, and reproduce.

Blessed with helpful sons and the second-biggest brain of any marine mammal, female orcas like Granny may simply be healthier and happier than their counterparts in less-peaceful animal societies. 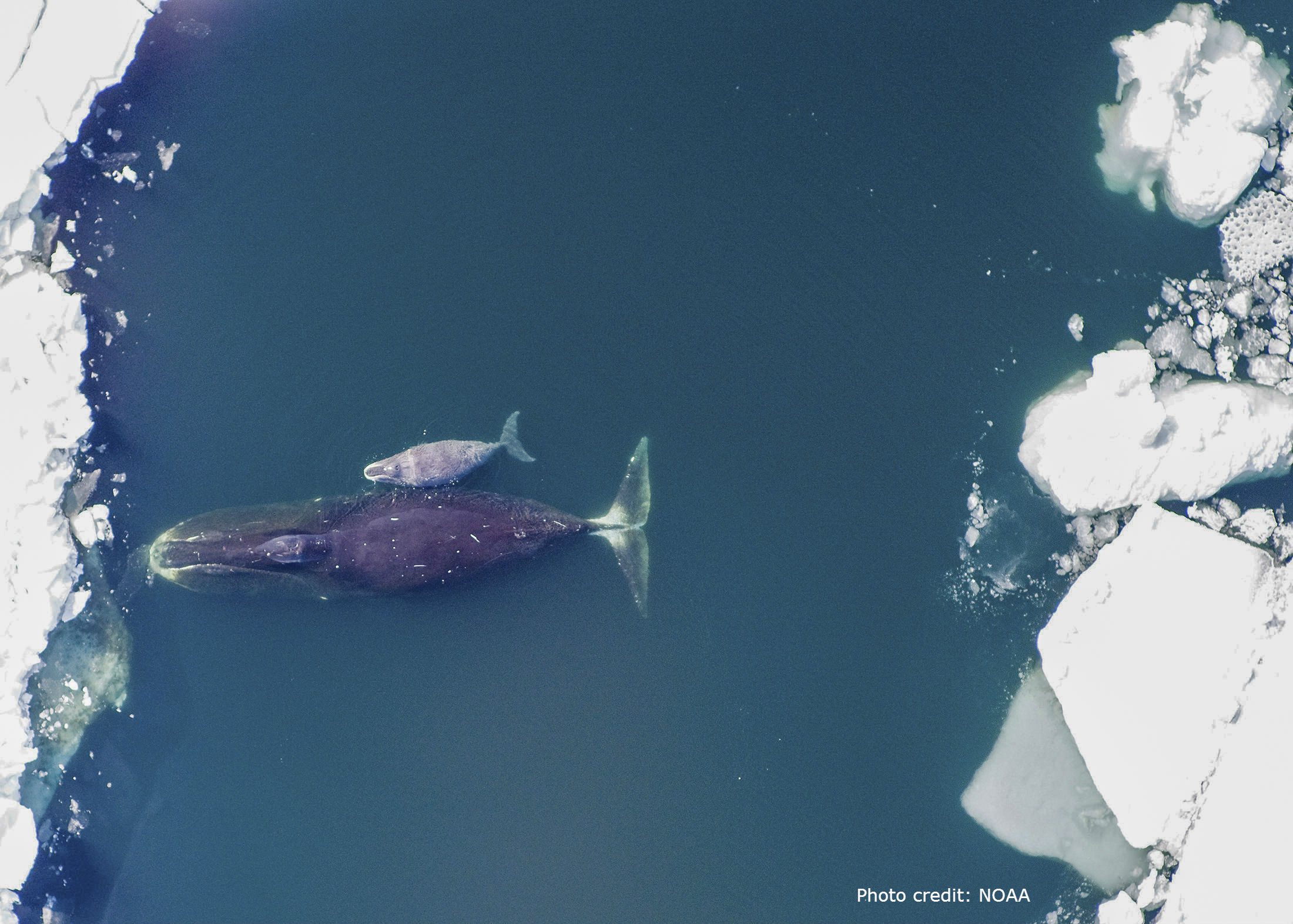 In 2007, Inupiat hunters in Alaska found an antique harpoon head lodged in the blubber of a recently killed bowhead whale. That particular brand of harpoon hadn’t been manufactured since 1885 – indicating that the whale had survived a whaler’s attack in Victorian times and gone on to live for another 130 years.

Since then, dating of the amino acids in bowhead eyes has revealed that they can live to be over 200 years old, making them the longest-lived mammal by about a factor of two.

These whales not only attain great age, but they remain disease-free until much later in their lives than humans do. Curious as to they manage this feat, researchers sequenced the bowhead genome and discovered changes in their DNA  related to cancer, aging, and cell repair. This suggests that these sprightly cetaceans have evolved special resistance to age-related disease and decline. 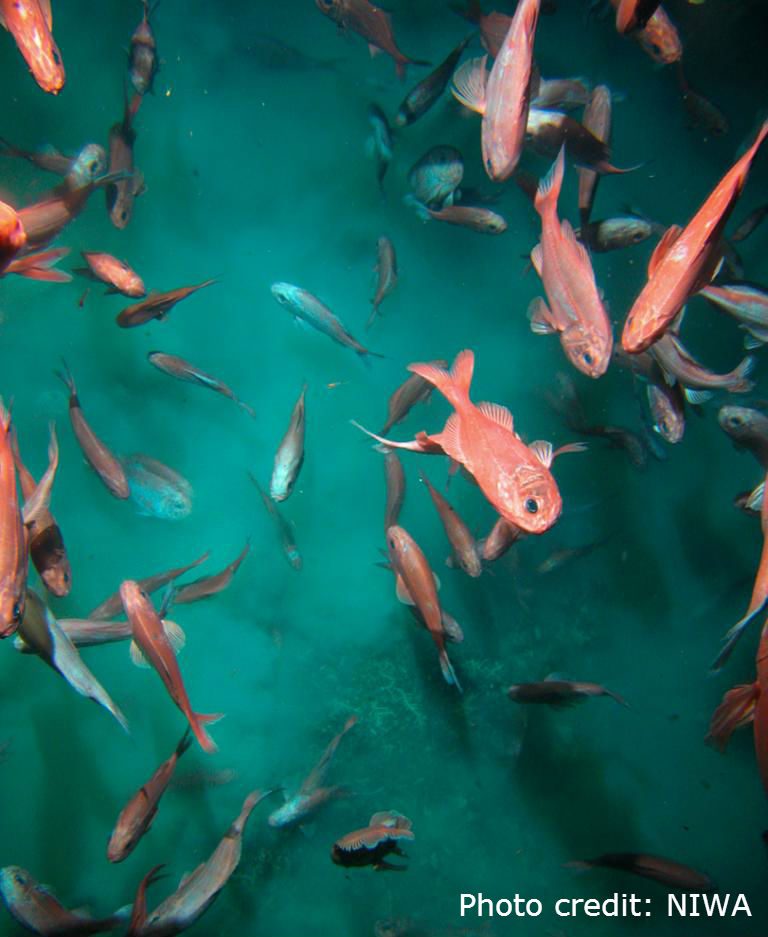 The orange roughy, a reddish-orange fish that dwells 500 to 6,000 feet below the sea’s surface, takes its sweet time growing and maturing. They only start to reproduce between 20 and 40 years of age, but can live to be older than 150 years.

Before getting a rebrand to appeal to human customers, orange roughy used to be called “slimeheads” for an obvious reason: they exude mucus from channels on their heads and bodies. Gross as it sounds, these slimy organs actually detect tiny changes in water pressure, helping orange roughy excel at the art of predator avoidance.

Unfortunately, orange roughy aren’t able to avoid fishing nets. Throughout most of their range, they’ve been severely overfished. Since they take so long to grow and reproduce, it may be decades before their populations can recover. The deep-sea trawling equipment that’s used to catch them also bulldozes corals and scoops up many non-target species, making this fishery doubly unsustainable.

Rather than eating orange roughy, it’s better to choose sustainable seafood and admire slimeheads where they belong: peacefully growing old a mile below the waves. 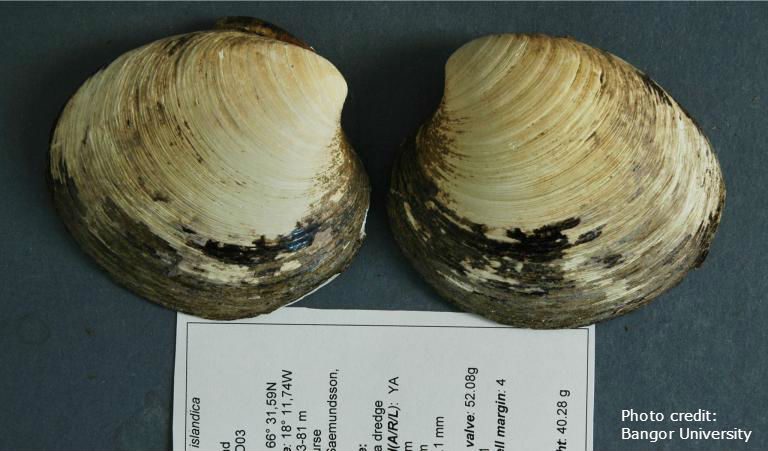 Pity poor Ming. Born sometime during the Ming Dynasty, this ocean quahog met its end when researchers were dredging the seabed in North Iceland. By counting its growth bands and dating the carbon in its shell, scientists determined that this clam settled onto the seafloor approximately 507 years ago.

Ming, and other long-lived clams like it, continue to grow but don’t appear to grow old — the bivalve equivalent of a 90-year-old human with the body and mind of a 20-year-old. 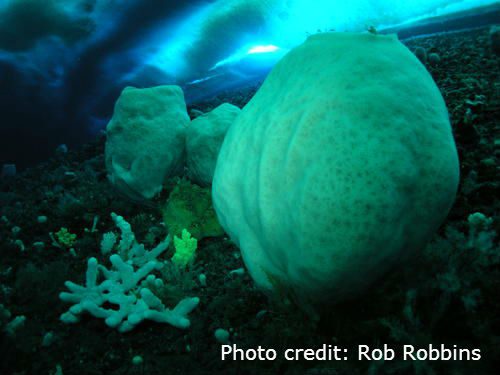 Snow-white and shaped like a beer barrel, one individual of the Antarctic sponge species Anoxycalyx joubini may be the oldest living animal yet discovered —by a long shot. Taking into account its size and the average growth rate of its species, one researcher calculated that this enormous specimen could be up to 15,000 years old.

Just how old is 15,000 years? When this sponge was just a baby, wooly mammoths still roamed the world, humans had yet to colonize the Americas beyond northern Canada, and the basins that would become the Great Lakes were still almost entirely buried beneath a miles-thick ice sheet.

Even at half its estimated age, Anoxycalyx joubini would still be the oldest animal on earth, and among the oldest of all organisms, period. By contrast, the famous bristlecone pines in California live a measly 5,000 years.

These five marine Methuselahs, like all ocean organisms, depend on healthy habitats and an adequate food supply to live out their incredible lives. Oceana works to protect marine life, both ancient and short-lived, from habitat destruction, pollution, and overfishing.