Love whales, otters and seals? The major US law protecting them is under attack

Whales, dolphins, seals, sea lions, polar bears and sea otters are in danger. The major law protecting them in the United States is under attack. Since 1972, the Marine Mammal Protection Act, or MMPA, has shielded countless whales, dolphins and all other mammals from harassment by beachgoers and recreational anglers and boaters, and from death by careless commercial fishing, shipping or other industrial activities. New legislation could change all that. A bill in Congress seeks to walk back the MMPA, in favor of fossil fuel interests.

A law that works

In the 1970s, two issues caught the public’s attention nationwide: the slaughter of baby harp seals in Canada for their fur, and the hundreds of thousands of dolphins killed in tuna nets in the Eastern Tropical Pacific. “Senators and congressmen told me they had never received so many letters on an issue since the Vietnam War,” Talbot said.

The MMPA was an answer to those calls for action. Since its passage 45 years ago, no marine mammal has gone extinct in U.S. waters.

The MMPA makes it illegal to “take” marine mammals, which can mean anything from harassing them to capturing or killing them. Commercial fishermen, oil and gas companies and scientists who study marine mammals all need to apply for permits or authorizations if their activities may result in “take” of marine mammals.

“The Marine Mammal Protection Act has done exactly what it was intended to do,” said Andrew Read, a marine biologist at Duke University. “And that’s fundamentally to protect hundreds of thousands, or millions, of individual marine mammals from harm.”

On June 29, Rep. Mike Johnson of Louisiana introduced H.R. 3133, the Streamlining Environmental Approval Act, or SEA Act, which would amend the MMPA to fast-track permits for offshore oil and gas exploration, as well as other industrial activities in the ocean, according to Oceana’s Lara Levison, senior director of federal policy.

To find the oil deep beneath the surface, companies use seismic airguns, which release pressurized air blasts to create powerful sound waves to penetrate the ocean floor; these blasts can be repeated every 10 to 15 seconds for weeks or months at a time. These are some of the loudest manmade sounds in the ocean, said Read, and raise background noise in the ocean 100-fold. The blasts can disrupt marine mammals in a number of ways, including hearing impairment, interfering with communication, or causing animals to leave their feeding or mating grounds.

Recently, Read and a team of colleagues discovered that the waters off North Carolina have some of the highest densities of beaked whales in the world, smack in the middle of targeted areas for oil exploration.

“This activity is being driven by oil and gas,” said Read. “Are we going to change the Marine Mammal Protection Act to make it easier for those large industries to harm marine mammals?” he asked. “That’s the fundamental question in front of us.” 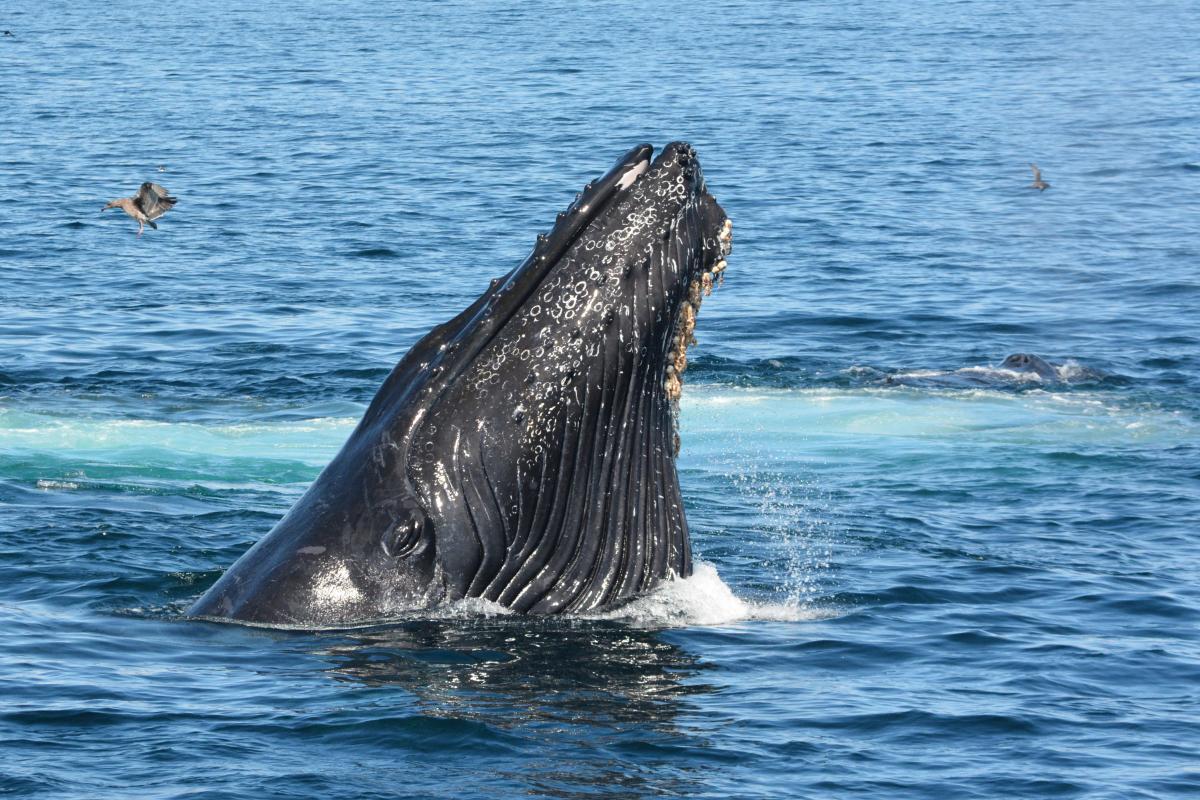 The SEA Act would gut core provisions that protect marine mammals, including those that are already endangered.

It does this in the following ways:

1. Makes permits to harm marine mammals easier to get:

The MMPA protects marine mammals through strict permits that limit when, where and to what extent animals can be affected by human activity. Under the new act, the timeframe for scientists to review an application for a permit to disturb marine mammals would be shorter, and easier to push through. If scientists don’t review it in time, the application is approved without further action necessary. “We don’t do that in any environmental regulation,” said Read. “That’s just crazy.”

2. Makes each permit even more dangerous for marine mammals:

Normally, permits to disturb marine mammals apply to a specific area and limit take to small numbers of animals. Under this new act, one permit could allow negative impacts to marine mammals over a limitless geographic range, and would not restrict the number of animals impacted by a single permit. The new act would pave the way for expanded oil and gas drilling, and would increase the risk to marine mammals along the coasts of multiple states, in one fell swoop.

Right now, the ESA strictly limits the take of endangered species. This bill would substitute the new permit approval process for the obligation the ESA puts on federal agencies to ensure their actions are not likely to jeopardize the survival and recovery of endangered and threatened marine mammal species. “This is nonsensical,” said Read. “The ESA should trump the MMPA because we are more concerned about highly endangered marine mammals than we are about other marine mammals, as we should be.”

The new act would scale back monitoring of the permitted activity’s impacts on marine mammals by limiting monitoring to the period in which the activity (such as seismic airgun blasting) is taking place. This makes it harder to keeps tabs on long-term or cumulative impacts of the activity on these animals.

Marine mammals are a vital component of the oceans. They’re top predators in some instances and cycle nutrients throughout the water. Not only are marine mammals important to the ecosystem, but tourism activities like whale watching support coastal economies, said Talbot. Protecting whales and dolphins under the MMPA means we’re also protecting the environment and fish within it.

The SEA Act has passed the House Committee on Natural Resources, but it hasn’t yet come to the floor for a vote, which could happen any day. “We’re very concerned about this bill,” said Levison. “But it could have a tough time getting passed, as long as resistance to offshore drilling remains strong.” 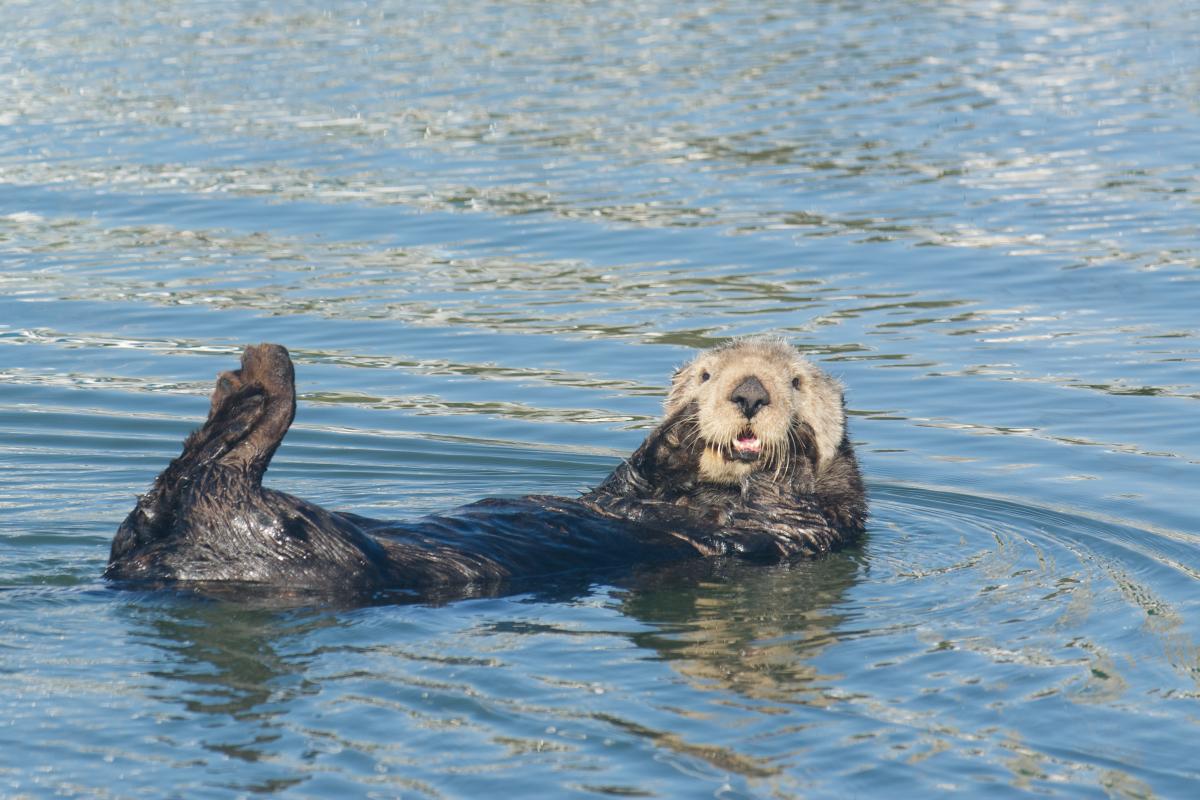