To make a tropical paradise, start with parrotfish poop

Ironically, the fish themselves are far from ugly. The sand-poopers are brightly colored parrotfish, in hues of electric pink and turquoise. They graze on slime that would otherwise smother reefs, and incidentally bite off chunks of coral too, eventually defecating grainy plumes. Not only do parrotfish poop gorgeous beaches. They also beautify the tropics by keeping reefs clean, and just by existing in such splashy colors.

Most of the sand on a tropical beach is ground-up coral, mixed with pulverized clam and urchin shells and other crumbled bits of once-living things. Not all of that is poo. Pounding waves and other sources of erosion can also grind fine sediments. 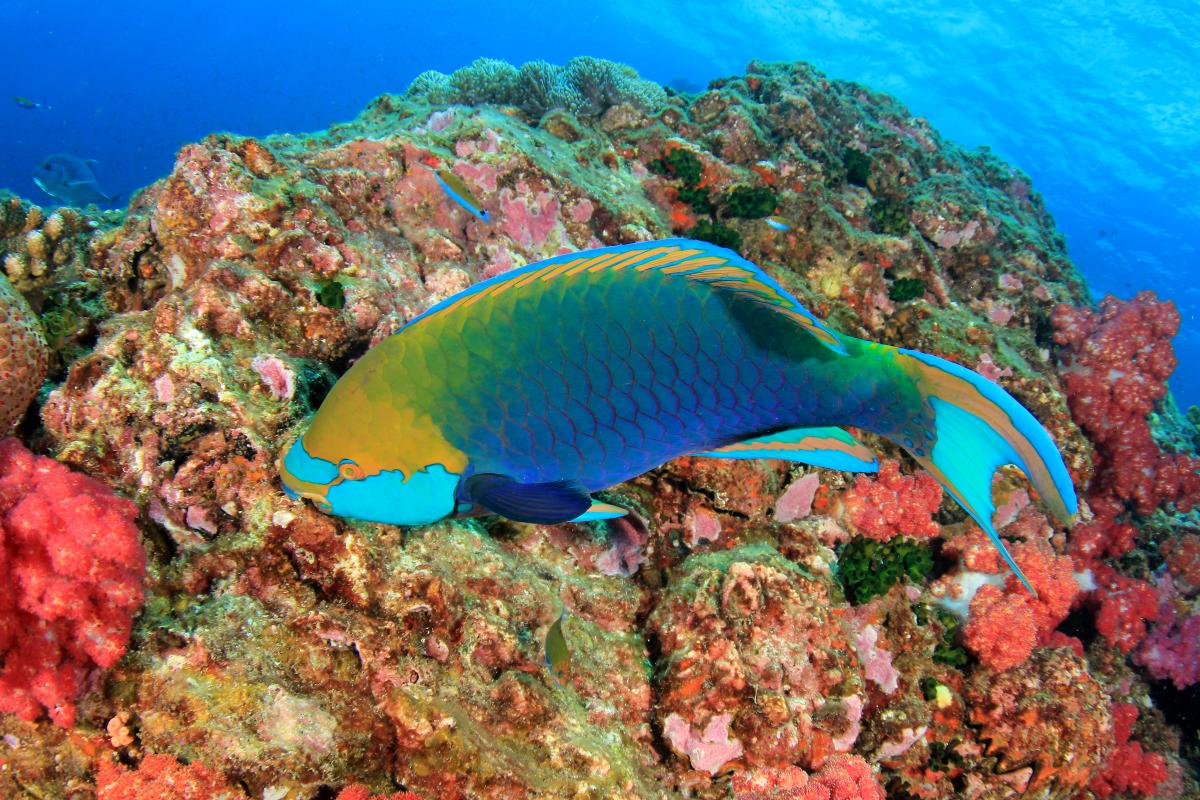 But parrotfish are the most obvious source. “You just see them pooping out sand constantly,” said marine biologist Katie Cramer of The Scripps Institution of Oceanography in San Diego, California. One 2010 study found that some large Hawaiian species can grind up to 990 pounds of coral a year.

Underwater on a reef, parrotfish dance in colorful arcs around the coral, scraping at it with their strong, beak-like jaws. Some of the bigger species can rip out huge chunks, and get a bad rap as coral-eaters. But the fish aren’t trying to eat the reef, per se.

They’re actually after a gunky film that settles onto the corals like debris on a city sidewalk, said marine ecologist Simon Brandl of the Smithsonian Environmental Research Center in Edgewater, Maryland. Coral reefs are busy places. And just like any metropolis, there’s bound to be some litter in all that hustle and bustle. Critters are constantly shedding scales and bits of skin and poop, Brandl said. Lost bits settle down onto the reef and draw a hungry horde of bacteria, which attract the parrotfish in turn.

When a fish scrapes off a chunk of coral, in pursuit of tasty microbes, it gets bonus goodies, like algae and sometimes living coral polyps. The whole mess goes from the beaky mouth into a waiting set of second jaws, like millstones, in the parrotfish’s throat. There, Brandl explained, coral gets pulverized between bony plates, then digested and pooped. And that’s how parrotfish make sand.

Pooping is just one way that parrotfish keep paradise looking its best. These colorful fish also clean algae off sensitive corals, which helps the reef flourish.

Over the last 3,000 years, Cramer found that Panamanian reefs grew faster in periods when more parrotfish were around. In the Caribbean, she said, “parrotfishes’ most important function is keeping algae in check.”

The fish do sometimes kill a bit of coral with all their beaky scraping. Some ecologists worry that large parrotfish populations could ultimately hurt corals, especially when reefs are already stressed by warming oceans. But the consensus, Cramer says, is that the fish are a net benefit for reefs. Algal fuzz could otherwise grow out of control, killing corals and changing the shallows into a murky mess.

Healthy parrotfish populations support vibrant reefs and gorgeous travel destinations. But that’s not all. They feed people too. The fish can grow large, have juicy meat and were historically abundant.

But today parrotfish are in decline. Overfishing is the biggest problem. “From a global perspective, they aren’t doing very well,” Brandl said.  That’s especially bad because parrotfish are a lynchpin of reef health. When they disappear, it sets off a domino effect with rippling consequences for reefs and for people. 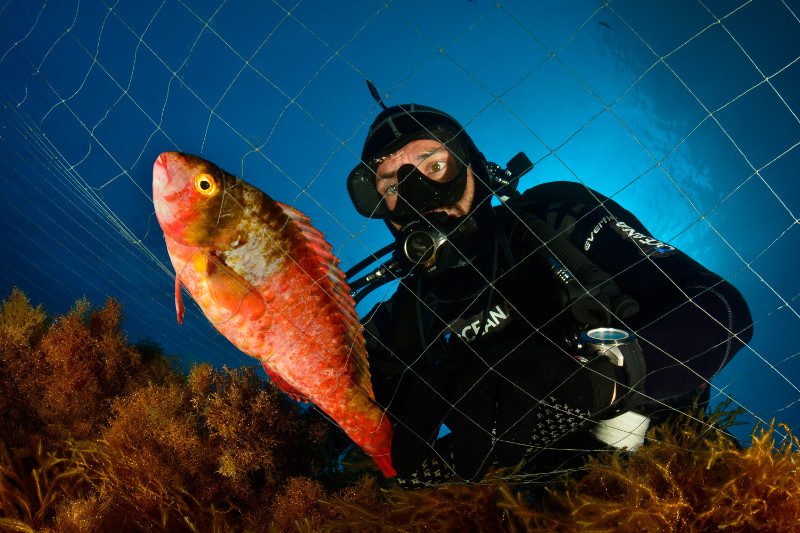 In the Caribbean, for example overfishing parrotfish is one of the biggest factors in coral reef declines overall, according to a 2014 report from the Global Coral Reef Monitoring Network, International Union for the Conservation of Nature and United Nations Environment Program.

Without grazers to keep them healthy, corals can slip away fast, sometimes in the span of a single human generation. Once the corals start to go, it’s just a matter of time before other species, like the fish that hide in coral nooks and crannies, also decline. Bad luck for the fish, and ultimately for the fishermen who have nothing left to catch.

Protecting parrotfish through smart fisheries management is one key step to protecting the whole system, from corals to fishermen. Building healthy grazer populations won’t fix all the problems reefs face. But it can lift some of the local stress on corals, Cramer said, so they’re more resilient to global threats, like climate change in the future. That’s a win for the people who depend on reefs, and for the fish that keep them lovely.