Manta ray brainpower blows other fish out of the water

Every family has an overachiever. For fish, that title goes to manta rays. They’re giant, charismatic and basically geniuses.

Mantas have huge brains — the biggest of any fish — with especially developed areas for learning, problem solving and communicating. The giant rays are playful, curious and might even recognize themselves in mirrors, a sign of self-awareness.

“In the water with these guys, you get the sense there’s a lot more going on in there than your average fish,” said ecologist Josh Stewart, associate director of the conservation charity Manta Trust. “Mantas will go out of their way to come interact. They’re much more like a mammal.” 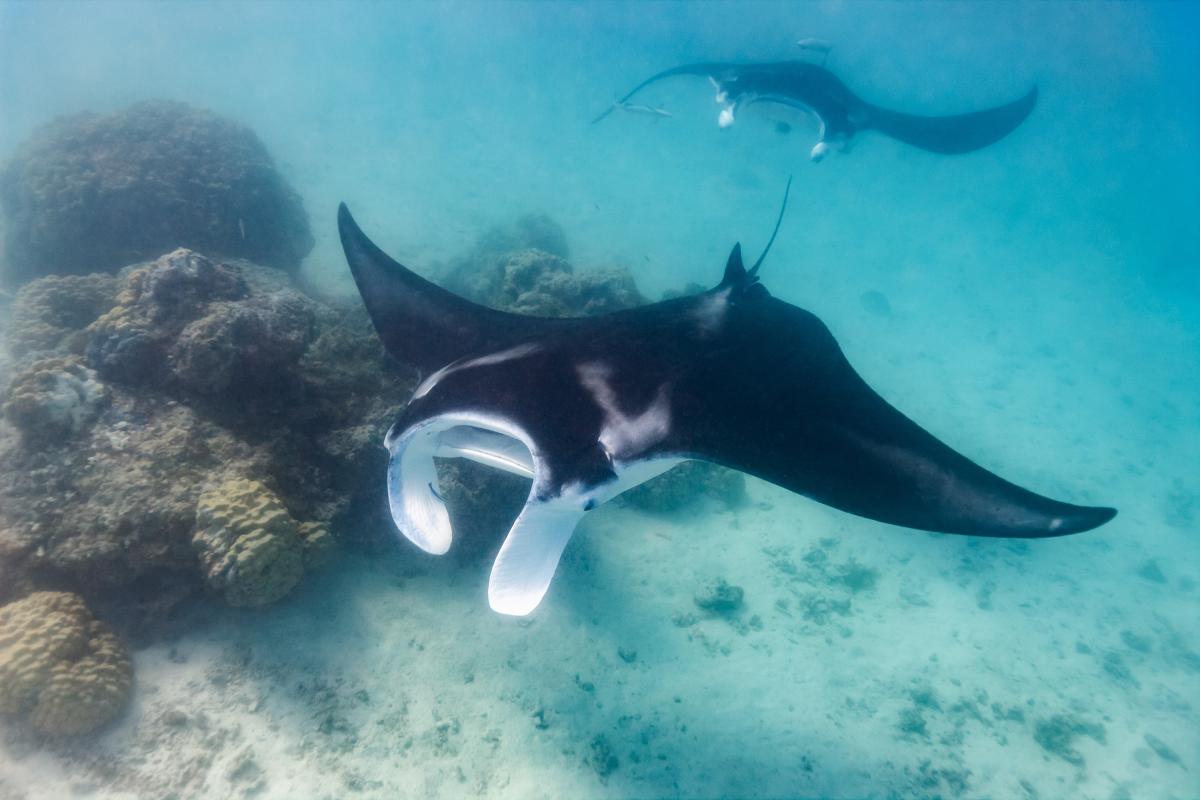 A manta’s brain can be ten times larger than a whale shark’s. Not only is the brain physically big, it’s also large relative to the ray’s body. That’s another sign of super smartness, true of elephants, dolphins and people too.

Csilla Ari, director of the Manta Pacific Research Foundation, studies manta ray brains and behavior. These rays have enlarged brain areas, she said, associated with intelligence, vision and motor coordination. Some brain cells too, are physically more like those in birds and mammals than in other fish.

A big brain is nice and all. But mantas also act smart. They flaunt their intelligence in behavioral tests that use mirrors to check for self-awareness. Only a few species, including great apes and bottlenose dolphins, can recognize their own reflections, rather than attacking or ignoring the mirror.

Manta rays might also recognize themselves. In a 2016 study, Ari found that captive mantas swam repetitively back and forth in front of a mirror for an unusually long time, while they examined body parts that they otherwise wouldn’t see.  The rays rolled and unrolled the short, horn-shaped fins around their mouths 10 times more often than without the mirror, and blew bubbles while looking at the mirror — unusual repeated behaviors that could imply self-recognition.

The rays didn’t respond to their reflection like it was another individual, Ari said. When mantas see a new individual, or have intense social interaction, the white coloration also intensifies on their head and back. But in this case the mantas didn’t change color while looking in the mirror. This leaves the door open for self-awareness, but doesn’t prove it, Ari stressed. More tests are the next step toward a definitive answer.

Zoologist Vera Schluessel of the University of Bonn, Germany, who was not involved in Ari’s 2016 study, agrees. She’s spent the last decade studying shark and ray cognition. While this study doesn’t prove self-awareness, Schluessel said, “no fish I’ve shown a mirror to would have ever recognized itself.” 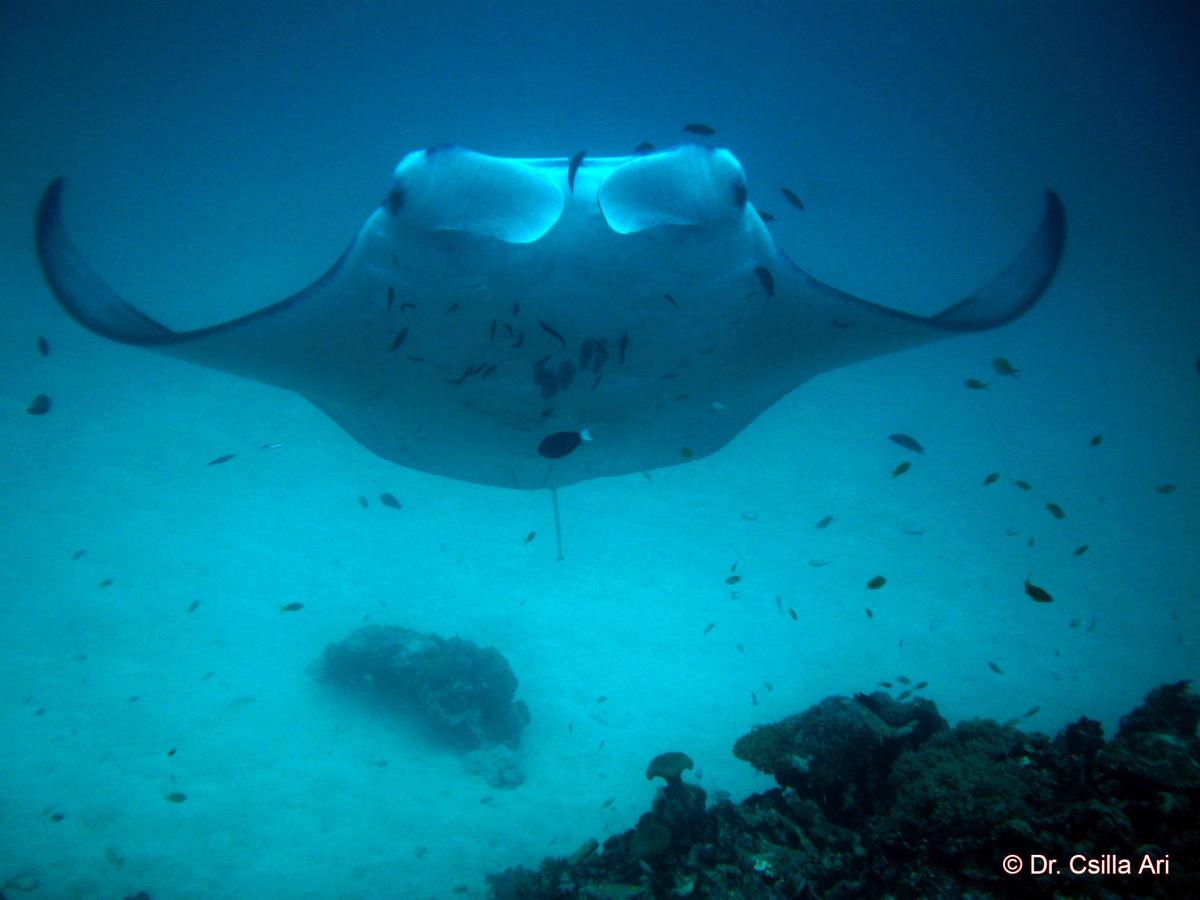 Unfortunately for manta rays, smart doesn’t mean safe. Fishermen in countries like Sri Lanka and India hunt the graceful giants for their gill rakers: rows of cartilage that are increasingly popular in Chinese medicine.

“It’s an analog to shark fin soup,” said Stewart of Manta Trust, “except the gill rakers are used in a pseudo-remedy, supposed to have a whole range of medicinal qualities, which have no basis in medical science.”

Mantas are actively hunted for their gill rakers and meat, and die as collateral damage, accidentally snared in fishing nets and hooked on lines, or struck by ships while basking at the surface. That’s all unsustainable, Stewart said. The rays reproduce slowly: a female has one pup every few years. When populations decline — by as much as 80 percent in some places — they struggle to bounce back.

A ray of light

While manta intelligence doesn’t guarantee their legal safety, it does help. “Because they’re smart and curious and fun to spend time with, people are willing to do more to protect them,” Stewart said. 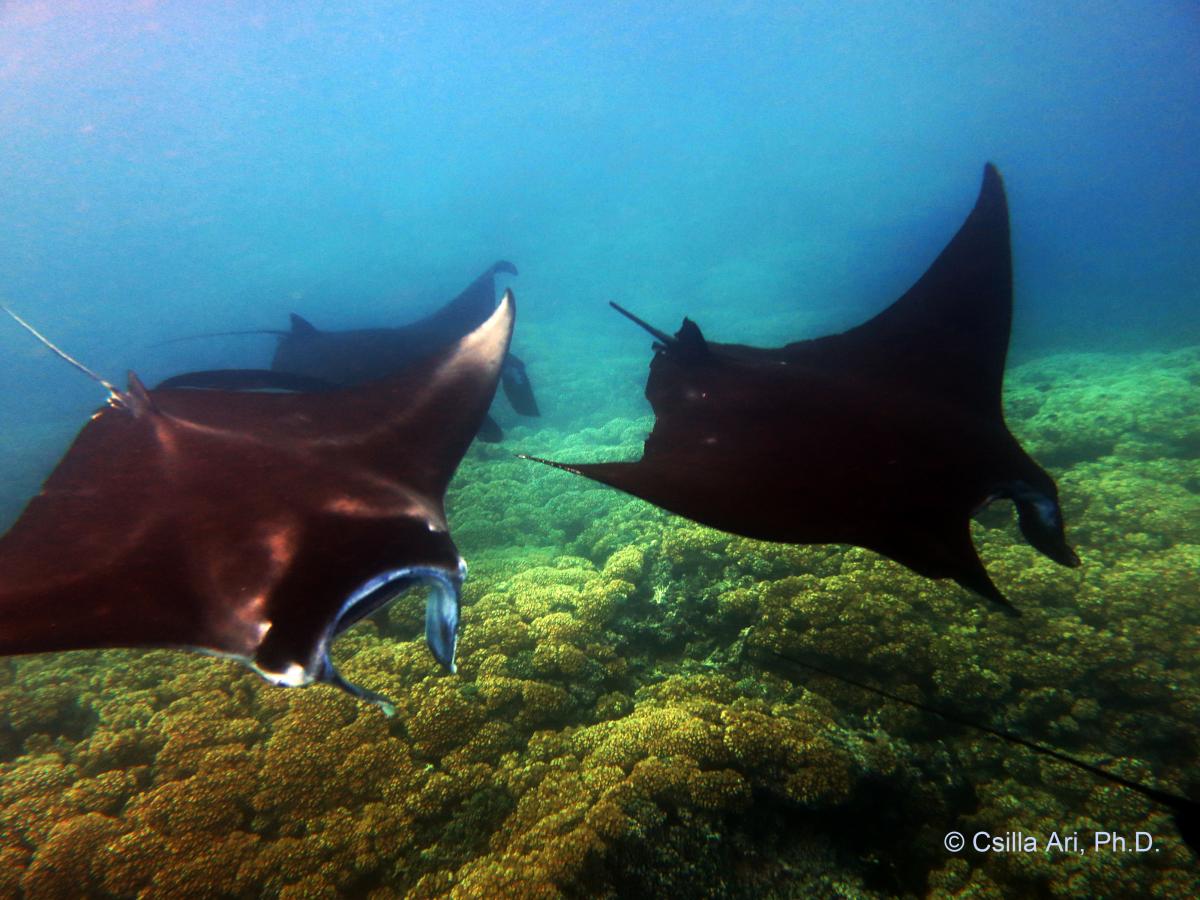 Around the world, governments are awakening to the mantas’ plight. New laws bring new hope for these iconic giants. In 2014, the Convention on International Trade in Endangered Species of Wild Fauna and Flora strengthened manta protections, requiring special permits to trade their meat, gills and fins. Individual countries are looking out for their rays too. Last year, Peru approved regulations to stop fishermen from killing its giant oceanic mantas, the largest population in the world. Mexico, the Philippines, Indonesia and Ecuador also restrict fishing.

Mantas are safer today than they were a decade ago. In that time, researchers like Schluessel have found that rays and their cousins, sharks, are in many ways just as smart as mammals or birds. But, Schluessel said, “mantas are exceptional.”

Manta rays face a daunting gauntlet. Their intelligence doesn’t mean much pitted against the dangers of man. But maybe it should.